The NSW and Queensland governments are in talks about moving the interstate border south.

The NSW and Queensland governments are in talks about moving the interstate border south.

"There were quite a few discussions about that and discussions continue," Mr Hazzard said. 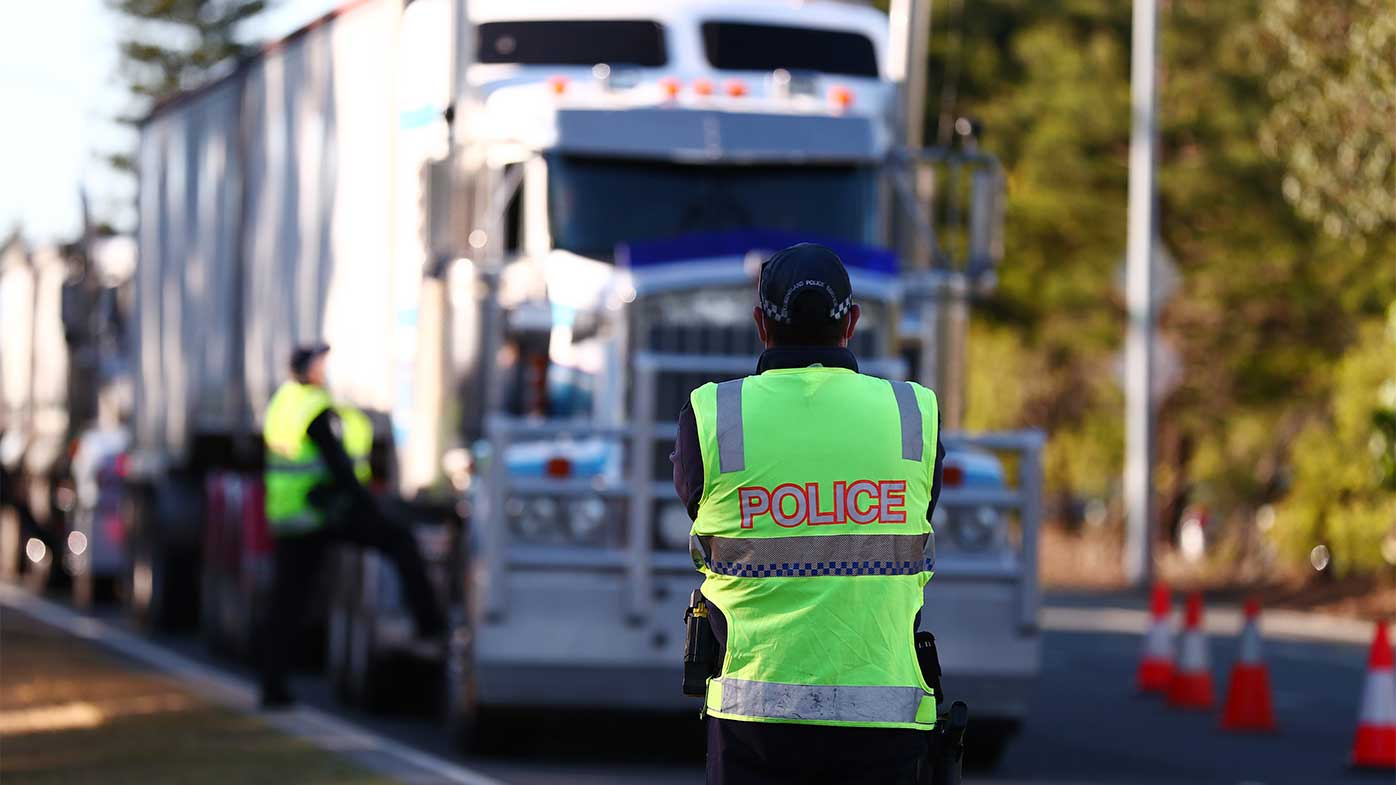 "It's very frustrating, I must say, for residents in the northern part of New South Wales to be effectively locked out by Queensland, and it's presenting some real challenges.

"There are medical staff who are on the side of the border who work at the Gold Coast hospital. And vice-versa. And it's certainly problematic."

The Queensland border is currently closed to all people from NSW, save for a small handful of essential workers, creating chaos for families and businesses in the towns of Tweed and Coolangatta.

Some residents were given as little as two hours notice to get across the border when the initial lockdown announcement was made, with many now forced to take up residences at temporary accommodation facilities such as caravan parks. 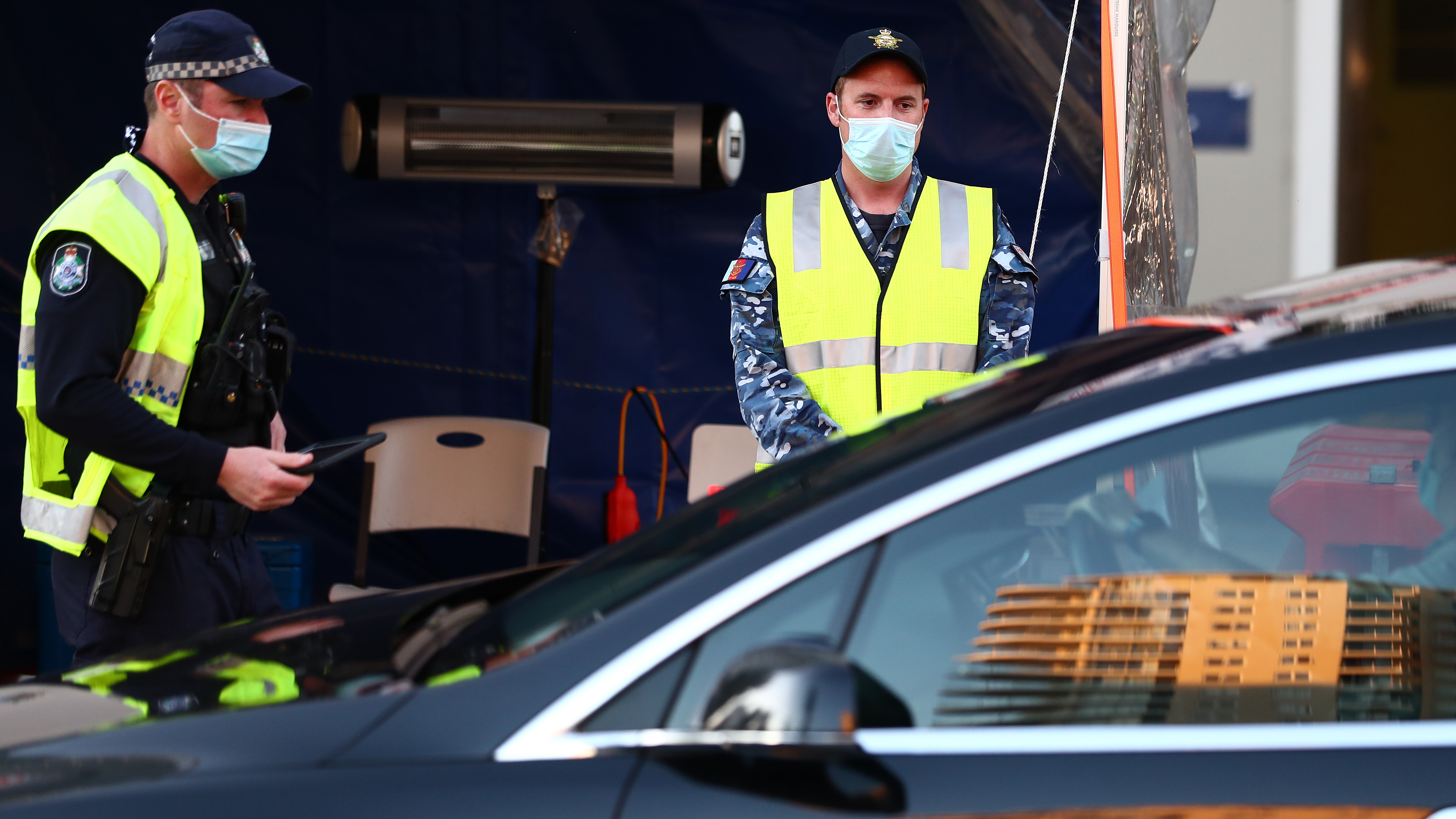 Amid the emergence of talks about more protests at the border, Queensland Premier Annastacia Palaszczuk said extra police had been stationed to ensure that safety measures are complied with.

She said an extra 22 defence force personnel had been allocated and extra police deployed to deal with any repeat of last weekend's protests.

"We are fully supportive of peaceful protests and I ask that that happens again," Ms Palaszczuk said.

"Certainly from my perspective and from NSW Police, there will be high visibility of officers at the border this weekend."

A Facebook group entitled "Homeless outside QLD due to Border Restrictions" has attracted almost 600 members, with dozens sharing their stories about being trapped on the wrong side of the border. "I am stuck here in Grafton... I will be homeless as my home has now sold and I have bought up in Brisbane, but it will be empty until I can get a pass to come over with my pets, all 3 of them, and my car," she said.

"I also could not afford hotel quarantine or leaving my pets behind or my car, I just don't have enough money after buying a new place.

"I am on my own, 62, and feeling so frightened and vulnerable."

Another woman said she had already paid four weeks rent in advance but was unable to move into the property.

"I've already paid 4 weeks rent on my new house in Tweed but I'm unable to move in as I won't be able to get to work in QLD," Victoria Jayne Andrews said.

A family will risk becoming homeless as they are unable to move all their belongings on a flight.

"So stressed over the border closures. We move in two weeks and have a seven-year- old with a spinal cord injury in a wheelchair," Ashlee Lyn said.

"She needs use of standing frame daily, bowel and bladder assistance so boxes of supplies, special toilet seat designed for her and air mattress to avoid pressure sores.

READ:  People Across The World Are Anxious About ‘Dangerous’ US Election

"All this stuff is being moved to our new house in Queensland which we're moving so she can attend intensive therapy to hopefully even walk one day. We have had to cancel her therapy for next week and possibly be homeless because we cant take everything on an Airflite. We have applied for exemption and written to local MPs and they have supported us but still no answer! Where is the assistance and compassionate grounds!"