The Chief Minister made the announcement at a media conference outlining the measures will come into effect from 4pm on Tuesday 24 March.

The Northern Territory will implement strict border restrictions on arrivals from next week in response to the increasing threat of COVID-19.

The Northern Territory has a total of five confirmed cases of Coronavirus after it jumped from just one 48 hours ago. 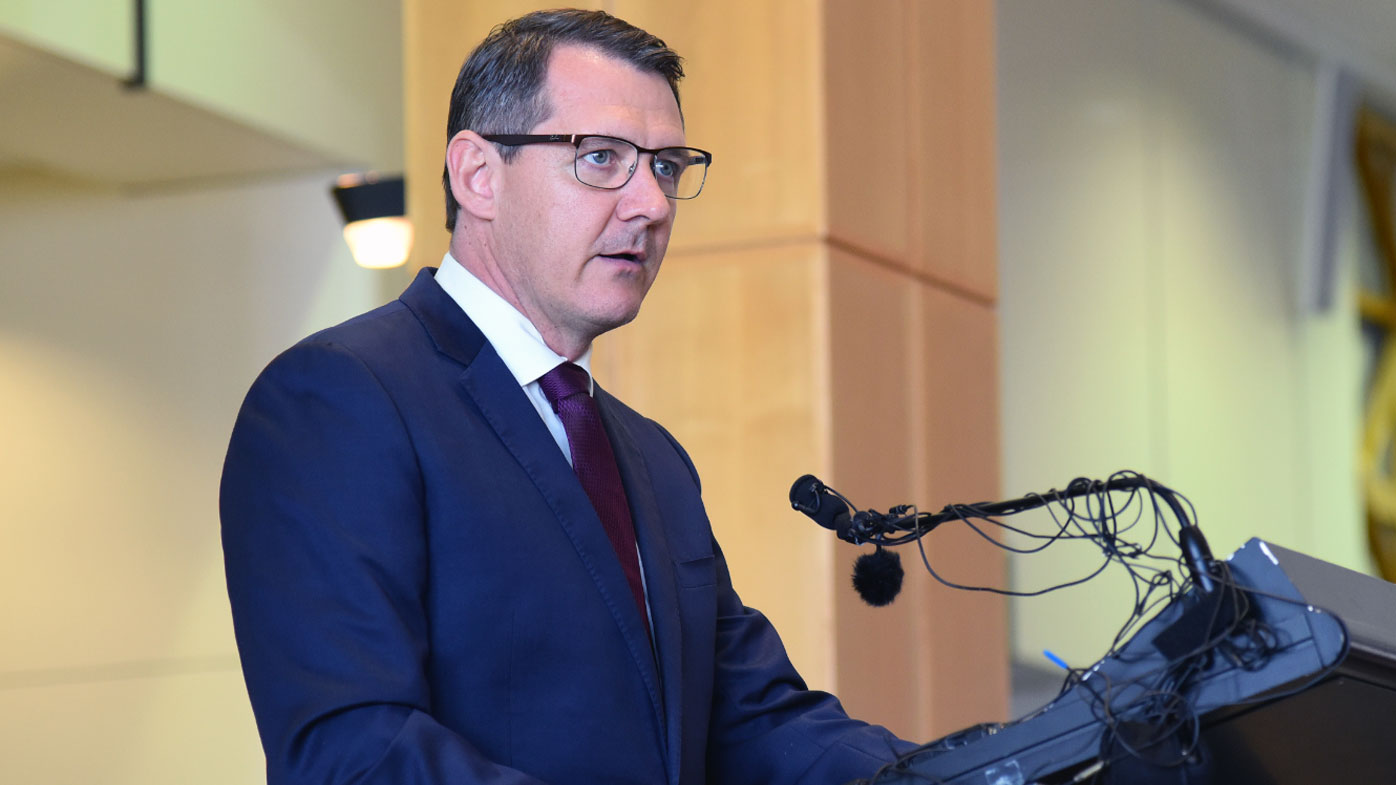 A Territory couple who had disembarked from the Ruby Princess cruise ship in Sydney and flew to Darwin, tested positive today.

Yesterday, a man in his 30s and a 21-year-old woman tested positive after flying into Darwin on Thursday on separate flights.

A 52-year-old Sydney tourist was the Territory's first confirmed case and has been in isolation in Royal Darwin Hospital for 17 days.

Speaking at a media conference today, Mr Gunner said from 4pm Tuesday all people who arrive from interstate will be required to quarantine for 14 days.

It will be enacted through a formal declaration by the Chief Health Officer under the Public and Environment Health Act.

"The Territory comes first. I want all Territorians to know what we are doing, how we are doing it, and more importantly – why," he said.

"We will have police checkpoints at our borders to enforce this requirement, we will have signs on the major roads leading into the Territory, so arrivals know exactly what will be required if they enter," Mr Gunner said.

"If you can't meet those requirements, then turn around and go home."

There will be exemptions to the quarantine requirement, including health and emergency services, compassionate grounds, defence and policing, flight crews and freight.

Arrivals will have to show they meet the essential arrival criteria to be granted an exemption.

Mr Gunner said the measures will not impact the delivery of essential goods and services.

"Our supermarkets and stores will be stocked," he said.

"These are trying times for Territorians."

Mr Gunner made a plea to Territorians who are travelling to return home and for those planning on travelling, don't.

The closure is a major step to protecting Territorians in remote communities.

He confirmed all 76 remote communities have requested further protection under the Commonwealth's Biosecurity Act, which will restrict travel in and out of those regions.

"I want to be really clear to remote residents, the 14-day isolation period will also apply to you," he said.

"If you leave your community, you cannot automatically go back. I say to remote residents currently in our cities and towns, go home now, while it is safe and while you can and when you get home, don't leave."

More details will be provided in coming days about the exemptions, the process for applying as well as the processes that will be implemented at the Territory's borders.