In 2020, the Siberian Arctic’s sea ice mass is lower than any year since 1979 and has never dropped so low so early, based on natural freezing and melting cycles.

The Siberian Arctic region has less ice being naturally formed and it is melting faster than any year in the past four decades, data from a US-based research centre has shown.

American climate scientist Zack Labe shared data over the weekend that shows the amount of ice that has currently formed near the North Pole throughout 2020, but also how fast it is disappearing and regenerating.

READ MORE: The Arctic is on fire and record temperatures have scientists worried

In one graphic produced by the University of Colorado's National Snow and Ice Data Centre (NSIDC), ice sheets that are more than four years old currently only exist north of Canada and Greenland.

On the other side of the North Pole however, countries such as Siberia and Russia are experiencing an unprecedented heatwave experts have said would only occur every 80,000 years if not for human interference.

That area has little to no new ice that has formed within the last year, the graphic shows.

Another comparison released by Mr Labe and the NSIDC shows that in 2020, the Siberian Arctic's sea ice mass is lower than any year since 1979 and has never dropped so low so early, based on natural freezing and melting cycles.

Those cycles, depicted by the NSIDC, typically show the Arctic ice to melt away between July and November however this year's ice began to drop away as early as late May to early June. 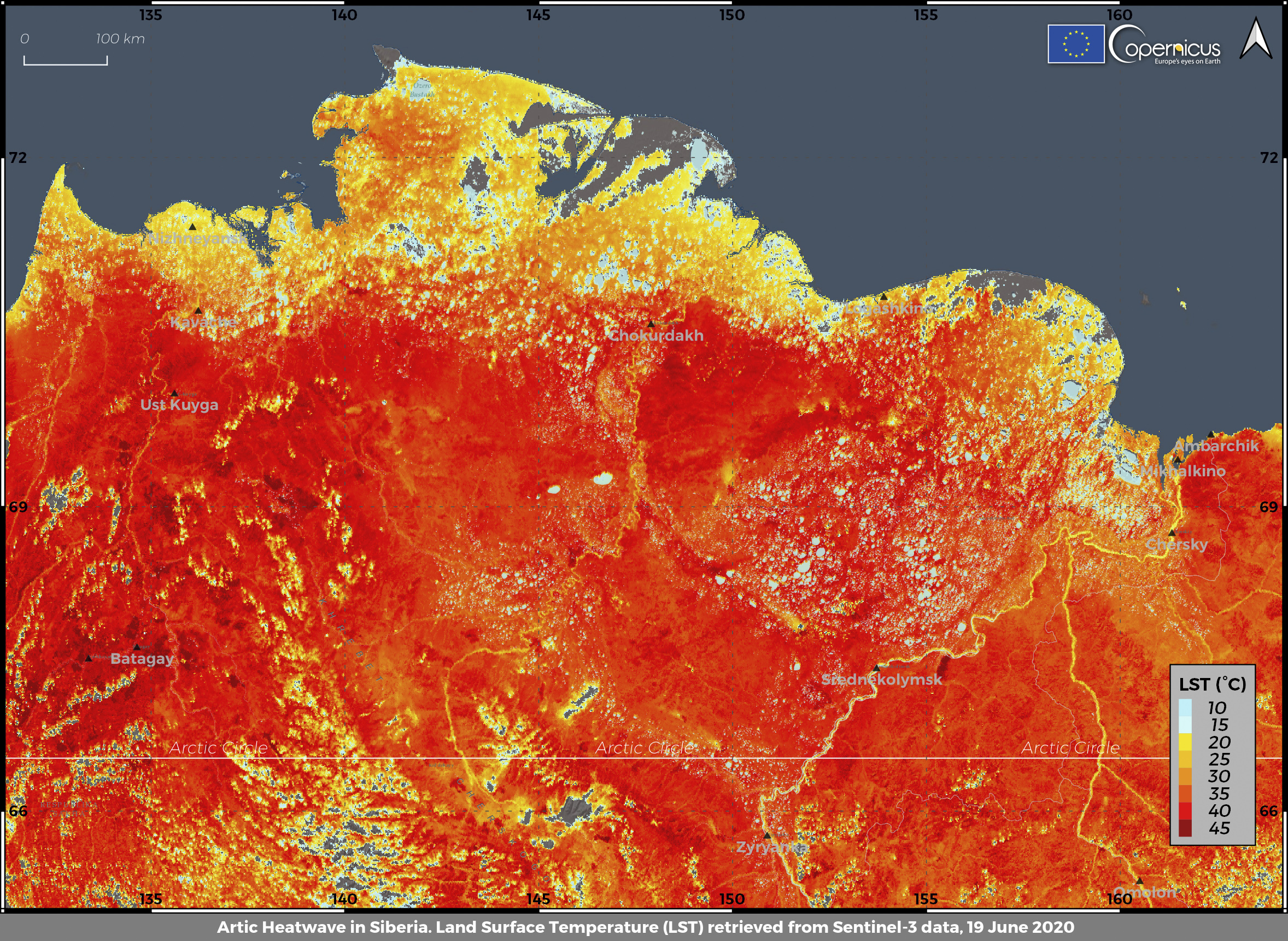 "This places extent at the lowest level for this time of year on the satellite record.

The research centre has attributed the record-low ice levels to vast areas of open water caused by already-melting ice, as well as "unusually high" air temperatures of up to 10C in the middle of the Arctic. 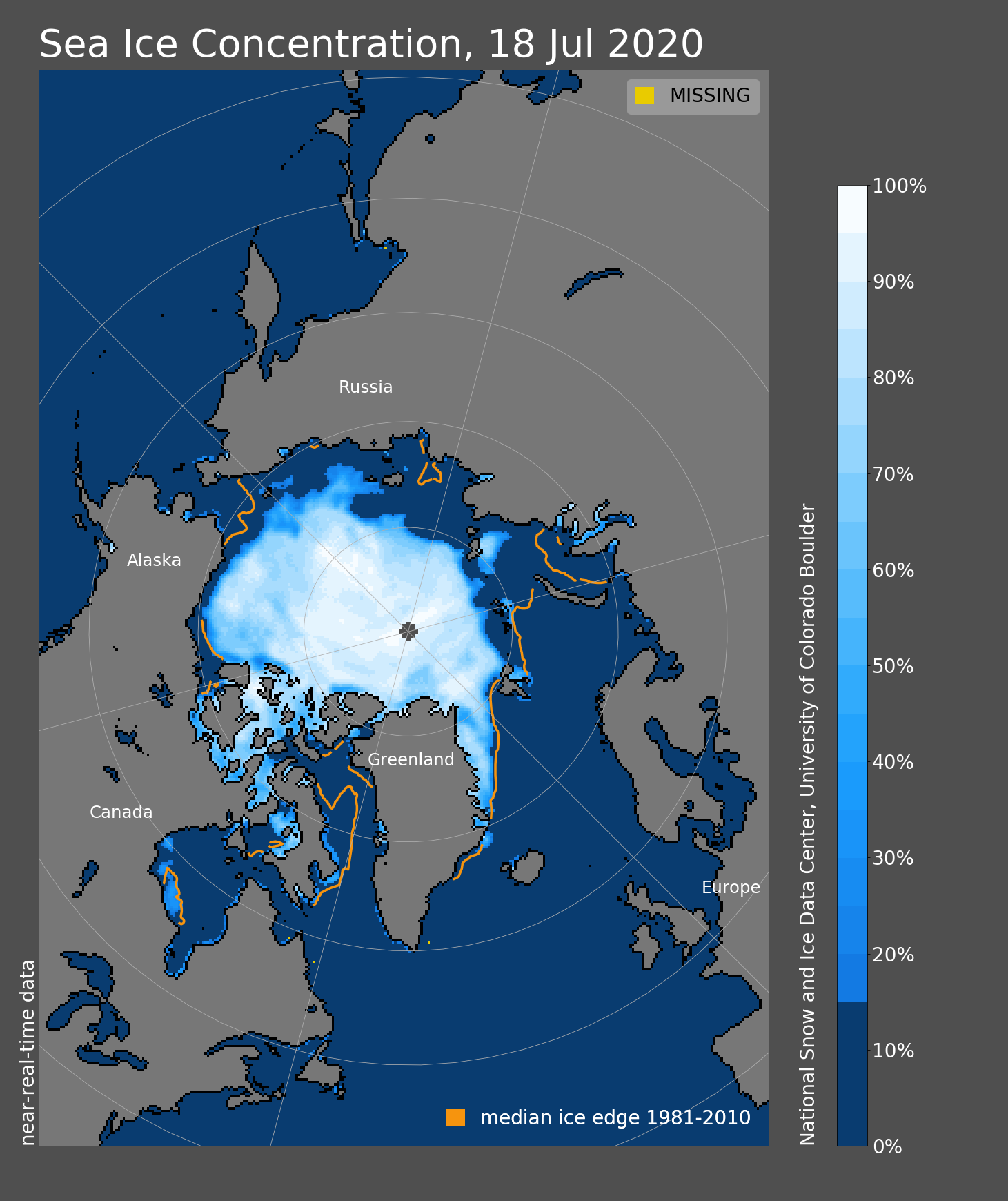 The data comes just days after international scientists released a study that showed the greenhouse effect had multiplied the chance of the region's prolonged heat by at least 600 times, and maybe tens of thousands of times.

The study, which has not yet gone through peer review, looked at Siberia from January to June, including a day that hit 38C for a new Arctic record.

Scientists from the United Kingdom, Russia, France, Netherlands, Germany and Switzerland used 70 climate models running thousands of complex simulations comparing current conditions to a world without man-made warming from the burning of coal, oil and gas.

They found that without climate change the type of prolonged heat that hit Siberia would happen once in 80,000 years, "effectively impossible without human influence," said study lead author Andrew Ciavarella, a scientist at the UK Met Office.