A grand jury in Louisville, Kentucky, has indicted Detective Brett Hankison in the shooting death of Breonna Taylor, charging him with three counts of first-degree wanton endangerment.No charges were filed against Sgt. Jonathan Mattingly and Offic… 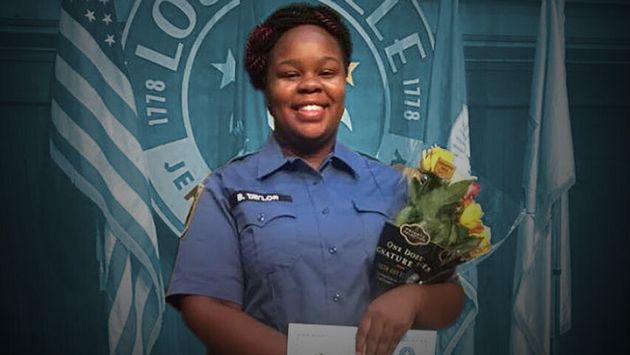 A grand jury in Louisville, Kentucky, has indicted Detective Brett Hankison in the shooting death of Breonna Taylor, charging him with three counts of first-degree wanton endangerment.

First-degree wanton endangerment is a felony that comes with a sentence of one to five years in prison under Kentucky law. Jefferson County Circuit Judge Annie O’Connell issued a warrant for Hankison’s arrest in a Wednesday hearing and set his bail at $15,000 ($21,000AUD.)

The charges were tied to shots fired into neighbouring apartments, not those shot inside Taylor’s. O’Connell read the charges aloud, linking each to the occupants of the three apartments that Hankison “wantonly” shot into by listing their initials. She did not say BT for “Breonna Taylor,” suggesting that the grand jury did not deem the shots fired into her apartment as meeting the bar for “wanton endangerment.”

“While not fully what we wanted, this brings us close to #JusticeForBreonnaTaylor,” family attorney Ben Crump said in a tweet following the announcement.

Mattingly and Cosgrove have been on paid administrative leave since the March incident; Hankison was fired in June after a review found the detective “wantonly and blindly” fired 10 rounds into Taylor’s apartment.

The city of Louisville reached a $12 million ($17 million AUD) settlement with Taylor’s family last week, and also agreed to undertake police reforms like establishing a housing credit program for officers to live in certain low-income areas.

Anticipating civil unrest following the decision, Louisville Mayor Greg Fischer declared a state of emergency Tuesday with the goal of providing “an extra layer of security” for potential protesters.

At 1 am on the morning of March 13, the plainclothes officers shot Taylor, a 26-year-old Black EMT, to death in her own apartment. The officers, who used a battering ram to enter Taylor’s home, had a “no-knock” warrant because they believed a suspect in a drug ring ― who did not live there ― was having packages delivered to Taylor’s home. The individual allegedly involved in the ring had actually been arrested earlier that day, which police acknowledged after the fact.

Taylor’s boyfriend, Kenneth Walker, called 911 when the officers burst in and shot at them in self-defense, striking one officer in the femoral artery. The officers responded by firing at least eight bullets, killing Taylor in the hallway.

“I don’t know what is happening,” Walker can be heard saying in his frantic 911 call. “Somebody kicked in the door and shot my girlfriend.”

Lt. Ted Eidem of the Louisville Metro Police Department’s Public Integrity Unit claimed afterward that the officers had knocked several times and identified themselves as police before they entered. Taylor’s family, including Walker, disputed this in a wrongful death suit filed in May. None of the officers were wearing body cameras.

Walker later told police that he and Taylor heard loud banging at the door around midnight but that nobody identified themselves. The two were concerned it was Taylor’s ex-boyfriend.

A subsequent search of the apartment found none of the drugs or paraphernalia enumerated in the warrant. Charges against Walker for firing at the police officers were dropped in May.

In addition to the Public Integrity Unit’s internal investigation into the police shooting, the FBI confirmed in May that it had also opened an inquiry.

Taylor’s death sparked a national outcry that boiled over in May when a white police officer in Minneapolis killed George Floyd, a Black man, by kneeling on his neck, prompting massive, sustained civil unrest and calls for change across the country.