With coronavirus cases rising in many places, governments faced the grimmest of dilemmas Tuesday: push on with a vaccine that is known to save lives or suspend use of AstraZeneca over reports of dangerous blood clots in a few recipients despite no evidence the shot was responsible.

It has created a jagged divide across the globe, forcing politicians to assess the health risks of halting the shots at a time when many countries, especially in Europe, are already struggling to overcome logistical hurdles and vaccine hesitancy among their populations.

Sweden was the latest to join a swelling group of European Union nations choosing caution over speed, even as the head of the European Medicines Agency said there was "no indication" that AstraZeneca vaccines were the cause of the clots. Emer Cooke said Tuesday that the agency is "firmly convinced" that the benefits of the AstraZeneca shot outweigh the risks, but an evaluation is ongoing.

Europe has the luxury to be able to pick from several vaccine candidates — but the decision is still not an easy one on the continent, where the virus is again surging and where the vaccination campaign has repeatedly stumbled.

The choice may be even more fraught elsewhere because many countries are relying heavily on AstraZeneca, which is cheaper and easier to handle than some other shots. The vaccine has so far played a huge role in the global initiative to ensure vaccines get to poorer countries known as COVAX.

The difficulty of the decision was clear in Thailand, the first country outside Europe to temporarily suspend use of the AstraZeneca vaccine, only to recant on Tuesday — when its prime minister received a dose. 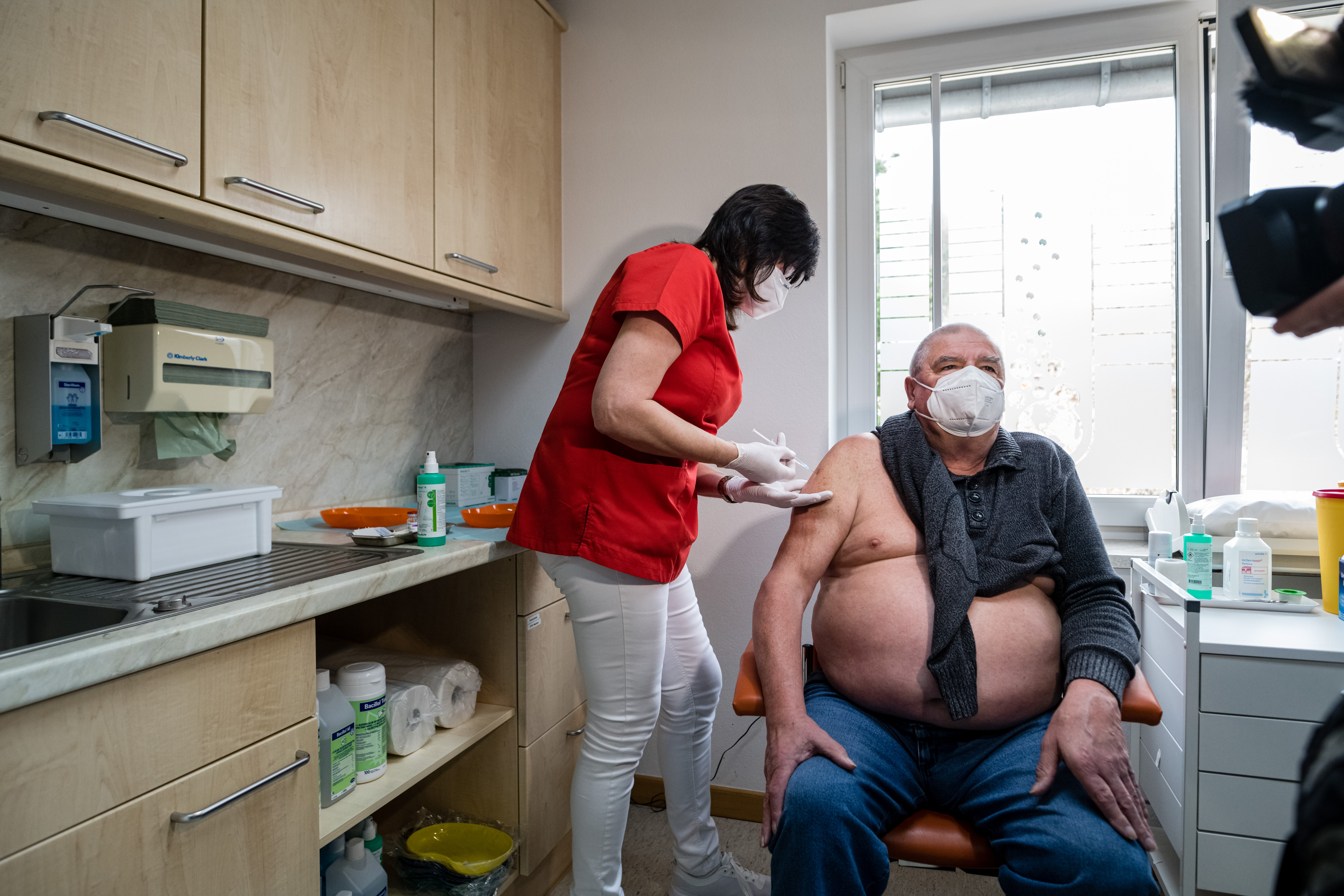 "There are people who have concerns," Prayuth Chan-ocha said after getting the shot. "But we must believe doctors, believe in our medical professionals."

Many other countries in Asia have likewise shrugged off concerns, though Indonesia halted use of the shot this week, saying it would wait for a World Health Organization report on the issue.

In addition to the EMA, AstraZeneca and the WHO have said there is no evidence the vaccine carries an increased risk of blood clots. There have been 37 reports of blood clots among the more than 17 million people who have received the vaccine across the EU and Britain, the company said.

"This is much lower than would be expected to occur naturally in a general population of this size and is similar across other licensed COVID-19 vaccines," the Anglo-Swedish drugmaker said.

The EMA has asked experts to look into the issue and originally planned to share their findings Thursday, but as the debate reached a fever pitch Tuesday, the regulator provided an update in a news conference.

But in the meantime, the number of countries in the bloc that are sticking with the shot is falling after heavyweights like Germany, Italy, France and Spain all said they were suspending it.

READ:  Minister Archer in Their Sights 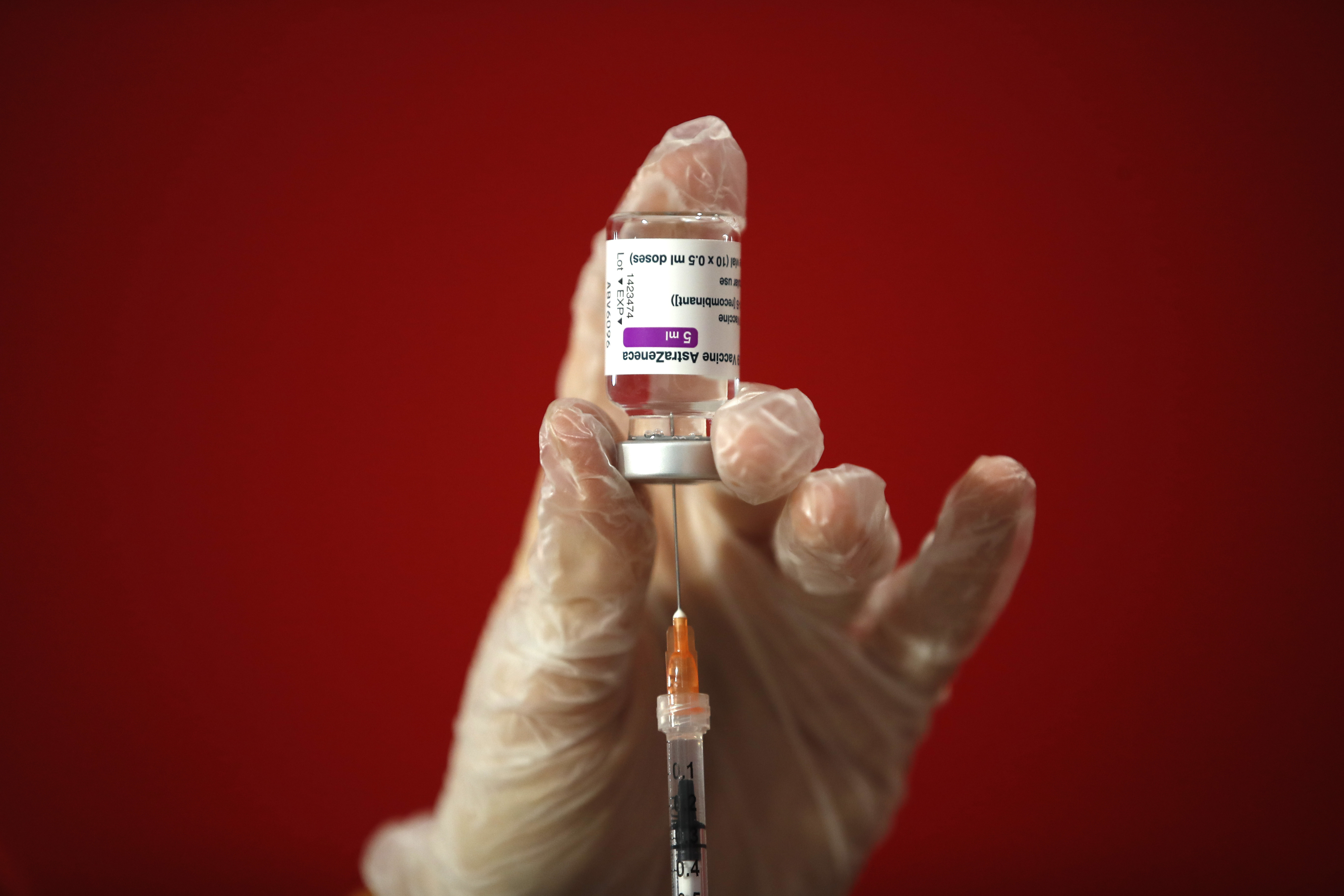 That left Belgium — and a handful of others such as Poland, Romania and Greece — increasingly isolated in their insistence that halting the shots now would cause a lot more harm that the side effects so hotly debated now.

"When you know how the virus is making the rounds, it would be very imprudent to stop," Belgian Health Minister Frank Vandenbroucke told VRT network early Tuesday.

Experts have noted that such concerns are inevitable in mass vaccination campaigns — with so many people getting shots, some are bound to get sick even if the vaccine is not to blame. That would mean "we'd have to incessantly interrupt campaigns during the coming months," Vandenbroucke said.

"We wanted to remain as scientific as possible in the mediatic-political turmoil that is currently agitating Europe," Belgian virologist Yves Van Laethem said.

In Spain, which announced it was suspending the vaccine on Monday, some medical experts had their doubt about the move. Amós García, president of the Spanish Vaccinology Association, said that countries were being overzealous in halting use of AstraZeneca.

And the decisions seemed to be having a snowball effect. "There's a cross-border contagion effect," Garcia said.

"Anything triggers the principle of caution," García told Spanish broadcaster TVE. "Once it begins it's like a domino, it becomes very difficult for a country to keep delivering the vaccine," if others stop, even if only out of precaution.

With the torrent of decisions casting doubt on the AstraZeneca vaccine despite assurances of experts, public opinion was tested once again to believe science over suspicion.

READ:  Tragedy saves Julian Assange from being extradited to US

Serbia's Prime Minister Ana Brnabic says the Balkan country won't stop the use of Astra-Zeneca vaccines and insisted that "unfortunately, some people are having second thoughts because of a negative campaign."

So often in disarray during the vaccine drive, the 27-nation EU was once again out of lockstep, with the member states each taking their own decision, as the executive Commission called on all to heed EMA advice. When asked if EU Commission President Ursula von der Leyen would take the AstraZeneca vaccine, her spokesman Eric Mamer said "of course."