Tributes have poured in after Nigeria’s first female combat helicopter pilot was killed in a freak car accident Tuesday.

Tributes have poured in after Nigeria's first female combat helicopter pilot was killed in a freak car accident Tuesday.

Tolulope Arotile, 24, died of head injuries sustained after a former school friend accidentally reversed into her while she was trying to greet her, the country's air force said in a statement.

President Muhammadu Buhari said he received the news with "deep pain" and sent condolences to her family and colleagues, his aide said in a statement. 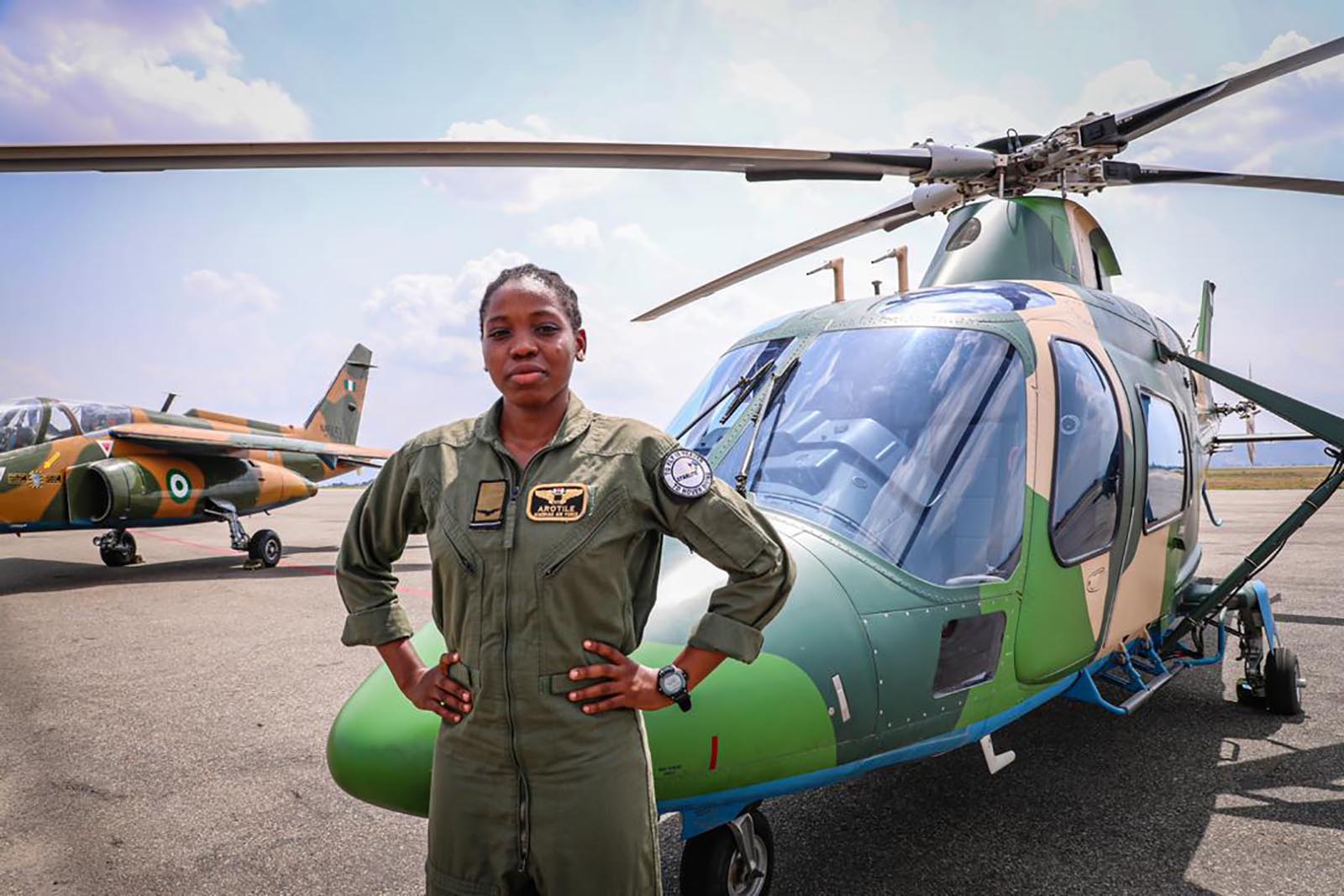 Buhari recalled he had witnessed Arotile's skills in flying combat helicopters and saluted her contributions to the nation's battle against terrorism and armed banditry attacks.

"The President salutes Arotile's bravery in the field to protect the country from onslaught of bandits and terrorists, assuring that her memory will be indelible, and her efforts remembered," the statement read.

Nigeria has been battling the Boko Haram insurgency for more than a decade in the country's northeast. Tens of thousands have died and millions displaced in the region.

There has been an outpouring of condolences from Nigerians and top officials following the tragic accident.

The agency said it was in "deep sorrow" as the young pilot contributed significantly to combat operations against insecurity in northern states.