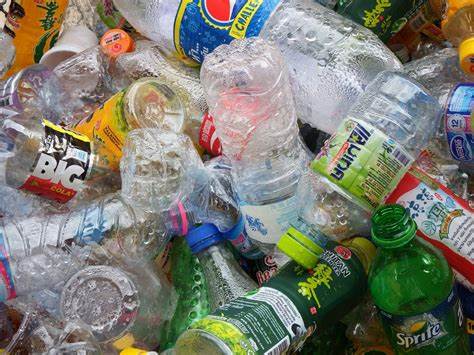 Media release – City of Hobart, 11 October 2021 News from tonight’s Council meeting Grants support local events The City of Hobart has allocated nearly $400,000 in grants to support to a range of local events and cultural organisation. Six local events will receive funds totalling $300,000 through the Event Partnership grant, which aims to support events […]

The City of Hobart has allocated nearly $400,000 in grants to support to a range of local events and cultural organisation.

Six local events will receive funds totalling $300,000 through the Event Partnership grant, which aims to support events that contribute to the cultural life of Hobart and benefit the city’s economy.

The successful applicants are:

In addition, three organisations – Tasmanian Symphony Orchestra, Tasmanian Museum and Art Gallery, and the Theatre Royal – will share in $95,000 in funding under the Major Cultural Organisation Grant.

Eight additional residential apartments will be built in North Hobart, after the Council agreed to an extension to a previously approved development in Burnett Street.

The council approved the addition of a sixth storey, allowing for five extra apartments to be added to the plan. A further three additional units will be included on level five of the building.

In total, the development will comprise 65 residential apartments and 15 visitor accommodation units. A condition has been included with the approval that a minimum of 42 bicycle parking spaces be provided onsite.

Patrons of a popular North Hobart venue can continue to enjoy an outdoor meal and beverage, with an application for a permanent change of use tonight approved by council.

Boodle Beasley had previously received temporary approval for 12 months to use land to the rear of the venue as an outdoor beer garden. However, that approval had lapsed and a new application was required.

The council voted to support the ongoing use of the courtyard between the hours of 8am to 8pm during daylight savings, and 8am to 6pm in the colder months.

The City of Hobart will consult with business owners across the CBD and Salamanca precinct to determine whether on-street parking arrangements are meeting the needs of local businesses.

A motion put by Alderman Marti Zucco also called for authority to be given to the CEO to investigate opportunities to introduce incentives for shopping in Hobart by way of discounted parking in return for evidence of purchase at a local business.

A further report will also evaluate the potential re-establishment of a parking fund to reinvest revenue gained through parking fees in parking-related infrastructure such as park-and-ride facilities.

The City of Hobart will explore opportunities to reduce the use of single-use plastic water bottles in the Hobart waterfront precinct.

The council has endorsed a report that opens a discussion on options to further encourage the choice of tap water refills over the purchase of water in single-use plastic containers.

The resolution follows an approach by a prominent tourism operator, who proposed a collaborative approach to waste reduction on the waterfront be explored.

As part of its goal of zero waste to landfill by 2030, the council has previously endorsed a program to increase the number of water refill stations across the city and a presence on a tap-finder smartphone app.

Hobart’s identity as an Antarctic Gateway City will be reviewed to allow the city to play a more active role in establishing and nurturing the community’s connection with the icy continent.

To date, the City of Hobart’s role in relation to the Antarctic sector has largely been a civic one, with the annual highlight being the hosting of a reception to officially open the Antarctic season.

However, the impending arrival of the RSV Nuyina and plans to expand Hobart’s Antarctic presence under the Hobart City Deal, combined with the recent release of the Antarctic Cities report, has brought greater focus to the importance of the Antarctic sector to Hobart’s identity and economy.

The report, which was tabled at tonight’s council meeting, highlights both the differences and the similarities between the world’s five Antarctic Gateway Cities – Ushuaia, Punta Arenas, Cape Town, Christchurch and Hobart. It includes the outcomes of surveys conducted in all five Gateway Cities to reveal the depth of connection with Antarctica felt by the residents of each city.

“More than 90 per cent of Hobart residents surveyed felt that our city should play a significant role as a custodian of Antarctica’s future,” Cr Reynolds said. “Seventy-two per cent felt that Antarctica was important to Hobart’s identity.”

“We know that many of our residents feel a sense of responsibility for the ongoing preservation and protection of Antarctica and, as a city, there is more that we can do to nurture and celebrate that connection.”

The report was produced through an international research collaboration led by Western Sydney University and University of Tasmania.

The report considers a transition towards a role of “custodianship”, whereby the cities previously thought of only as geographical gateways to the southern polar region work together to play a leading role in shaping how the rest of the world imagines, engages with and experiences Antarctica.

The council tonight resolved to review the city’s role in supporting Hobart’s Antarctic connection and consider the development of a more active and strategic position.

“This could include taking a more active role in how we engage with stakeholders and government on Antarctic matters, considering our involvement in the delivery of the Macquarie Point Antarctic and Science Precinct under the City Deal, and leading discussions and collaboration with other Gateway Cities,” Cr Reynolds said.

“We will also look at how we can best support the Antarctic Youth Coalition to grow its membership and provide a point of connection for young people from all five Gateway Cities.”

The Antarctic Youth Coalition was formed as part of the Antarctic Cities Project and comprises young people from each of the five Antarctic Gateway Citites.

A further report containing proposals to more strategically align the city’s activities in relation to Antarctica and the Antarctic industry in Tasmania will be prepared for consideration at a future council meeting.

The Antarctic Cities: From Gateways to Custodial Cities – 2021 Report can be viewed in full at hobartcity.com.au/antarctica.