Scott Morrison says he deeply regrets his “insensitive response to a question from a News Ltd journalist” today claiming a staffer at the media company was subject to a misconduct complaint.

Prime Minister Scott Morrison says he deeply regrets his "insensitive response to a question from a News Ltd journalist" today claiming a staffer at the media company was subject to a misconduct complaint.

"In the course of today's media conference when responding to further questions I deeply regret my insensitive response to a question from a News Ltd journalist by making an anonymous reference to an incident at News Ltd that has been rejected by the company," Mr Morrison said in a statement tonight.

"I accept their account. I was wrong to raise it, the emotion of the moment is no excuse. 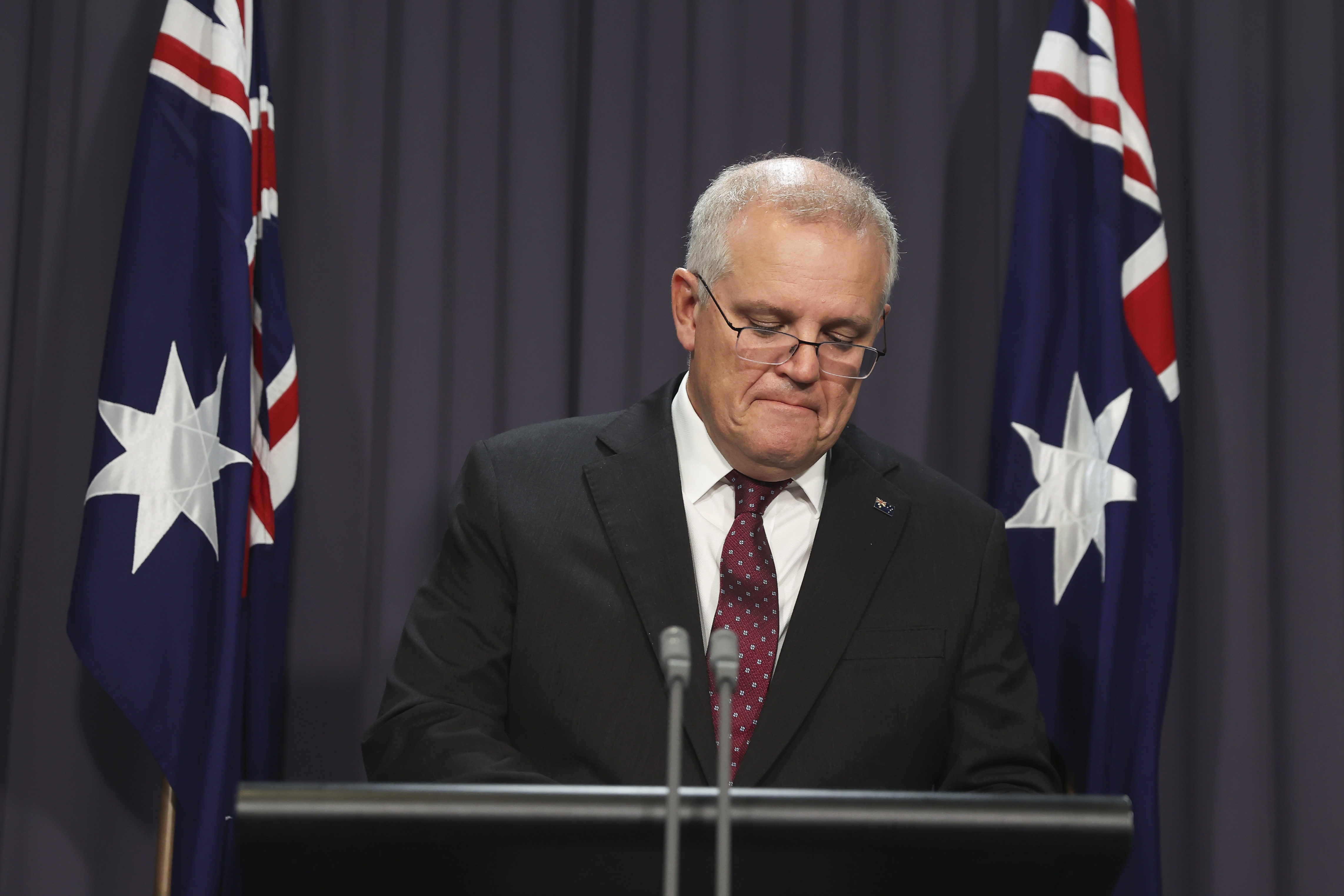 "I especially wish to apologise to the individual at the centre of the incident and others directly impacted.

"I had no right to raise this issue and especially without their permission."

The comment came this afternoon after Sky News reporter Andrew Clennell challenged Mr Morrison on the issue of workplace harassment during an emotional press conference addressing systemic issues relating to the treatment of women within Parliament House.

"Right now, you would be aware that in your own organisation that there is a person who has had a complaint made against them for harassment of a woman in a women's toilet and that matter is being pursued by your own HR department," Mr Morrison replied.

"So let's not all of us who sit in glass houses here start getting into that." 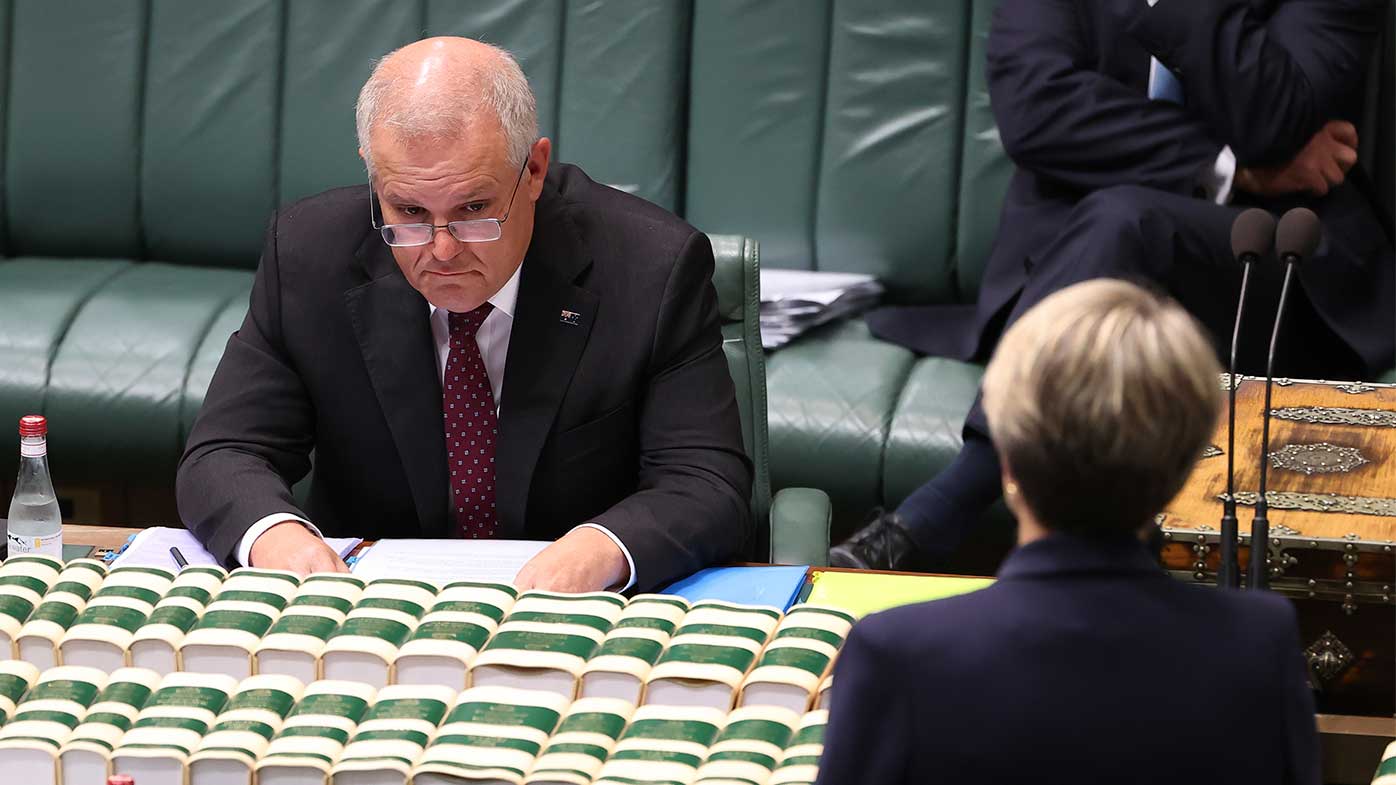 READ:  Next-generation Playstation and XBox to go head to head

"Prime Minister Scott Morrison was wrong today to claim an investigation is under way into a complaint accusing an employee of harassment against a woman in a female toilet," the statement said.

"No complaint has been received and News Corp and Sky News are not dealing with a complaint."

"However given the Prime Minister's extraordinary claims made at a press conference broadcast live across the nation, I want to put to rest any suggestion that an employee of our company is being investigated for conduct suggested by Mr Morrison," he said.

Mr Miller did say there had been a "verbal exchange" between two News Corp employees in Parliament last year.

"The exchange was about a workplace-related issue, it was not of a sexual nature, it did not take place in a toilet, and neither person made a complaint," he said.

"Following those inquiries, our HR team wrote to one of the people involved and the matter was resolved." 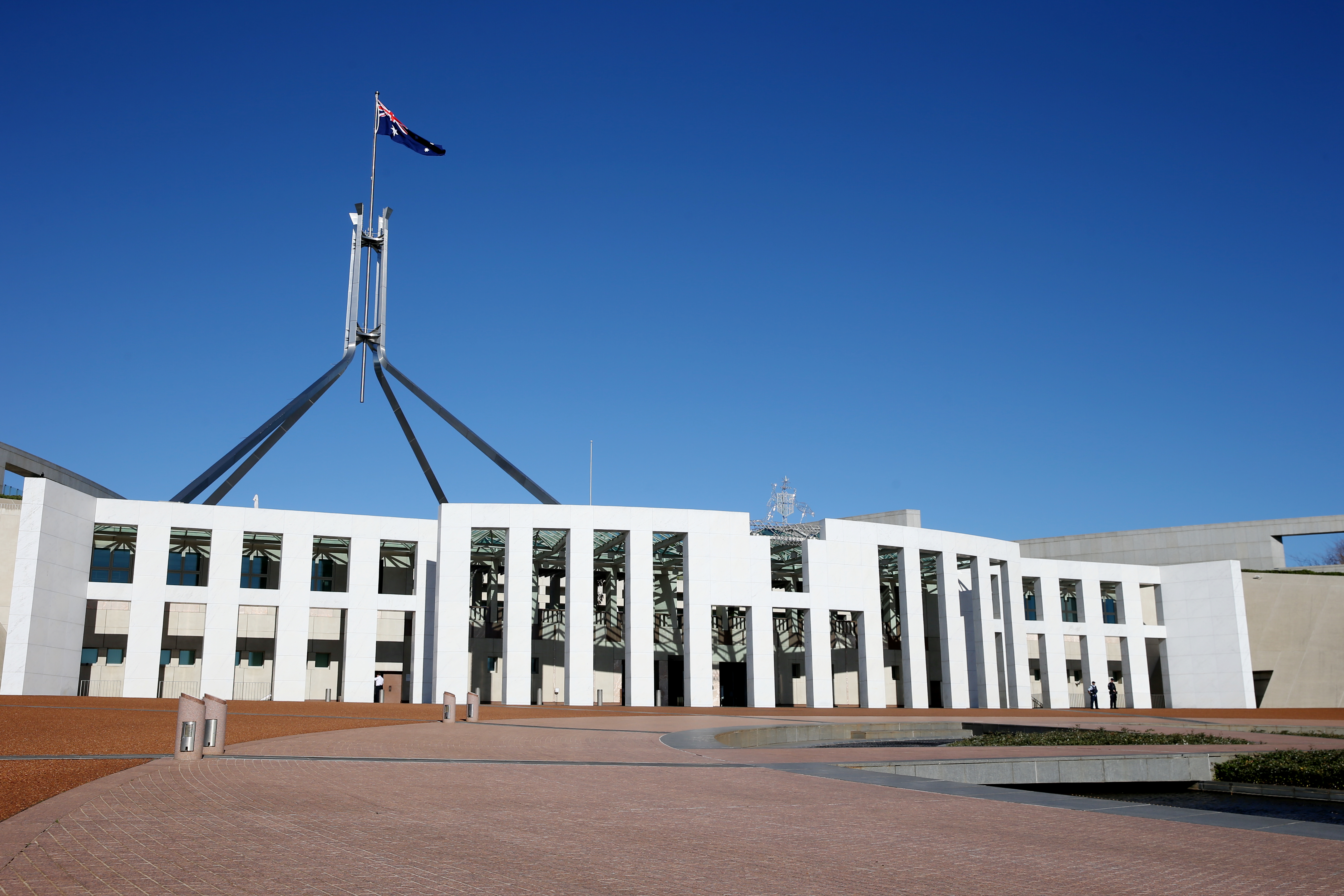 Today the Prime Minister gathered all government staffers into a meeting at Parliament to address the issue of sexual harassment.

"Today the Prime Minister sought to use a confidential complaint about alleged workplace misconduct inside a media organisation to dismiss questions," Ms Plibersek said.

"Is it any wonder victims of sexual assault and harassment in this building and around Australia are afraid of coming forward when the Prime Minister of this country uses a confidential complaint in a nationally televised media conference as a way to try to stop journalists asking questions about these important issues?" 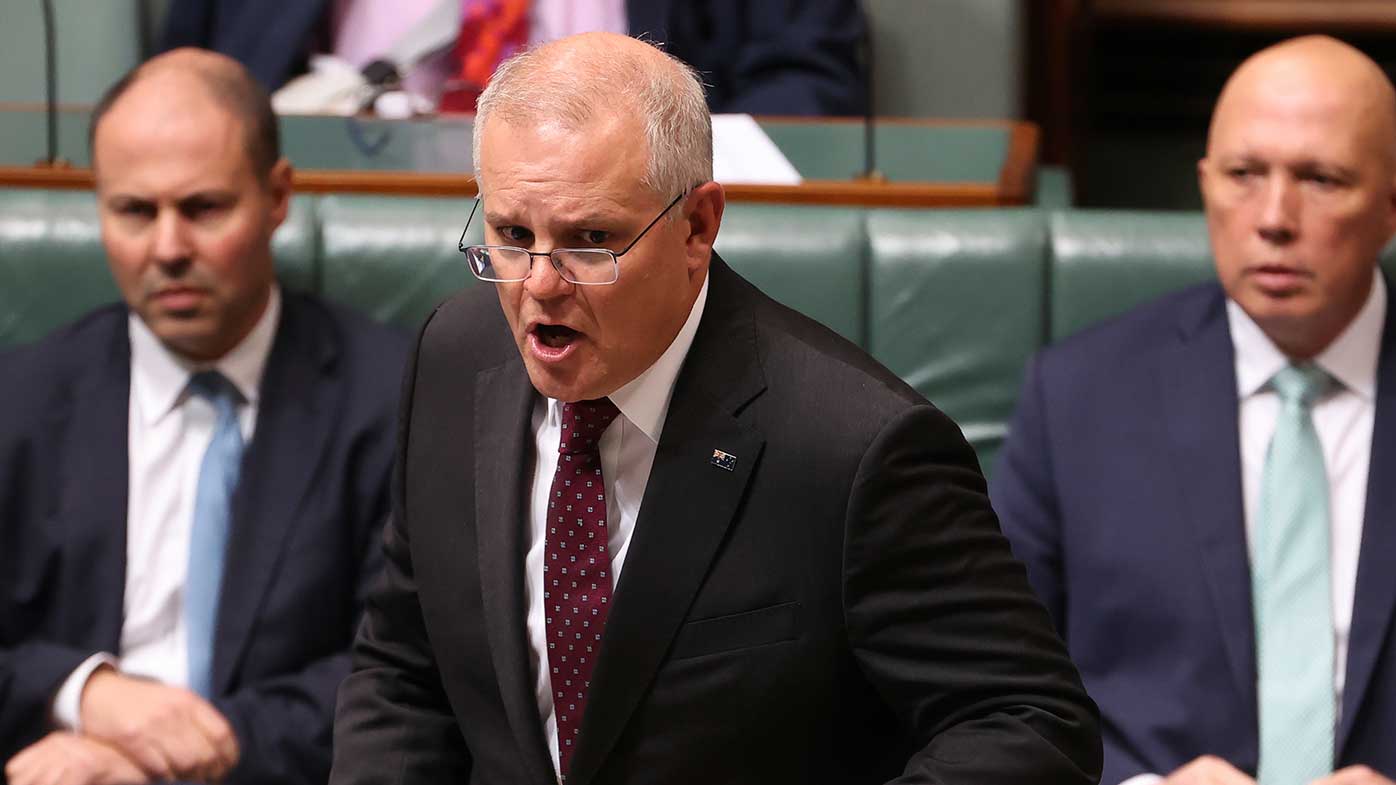 But Mr Morrison said he was making a broader point on sexual misconduct.

"These issues are not combined to one side of politics," Mr Morrison said.

"The problems that we are experiencing in this country are not confined simply to the offices of member for senators and ministers in this place, and go well beyond that."

He said he invoked the media organisation's allegation in an "an anonymised way".

"Why is it Prime Minister knew about the confidential complaint in a media organisation but claims he didn't know about the reported sexual assault, that allegedly occurred just metres from his office, for two years?" she asked.

The Prime Minister answered: "Because it's the truth, Mr Speaker." 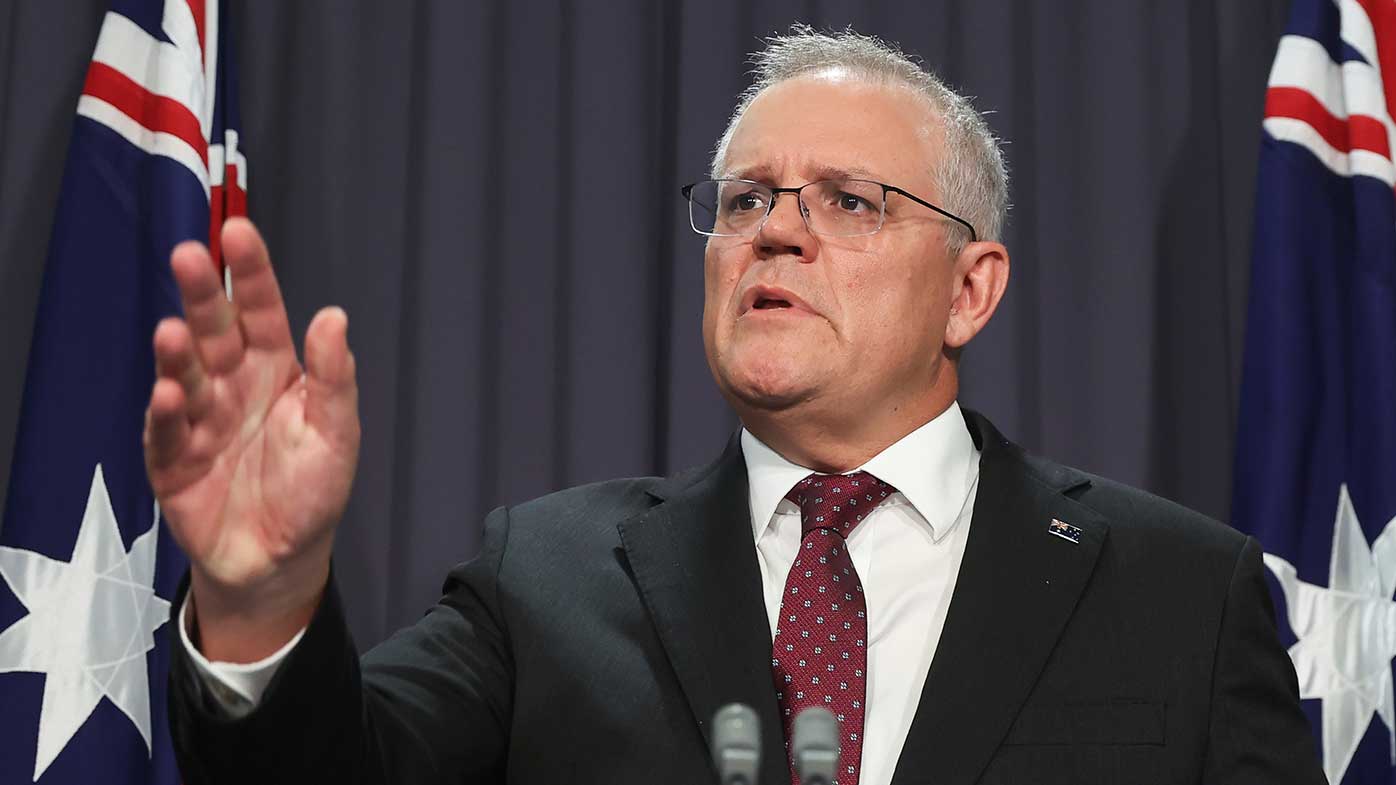 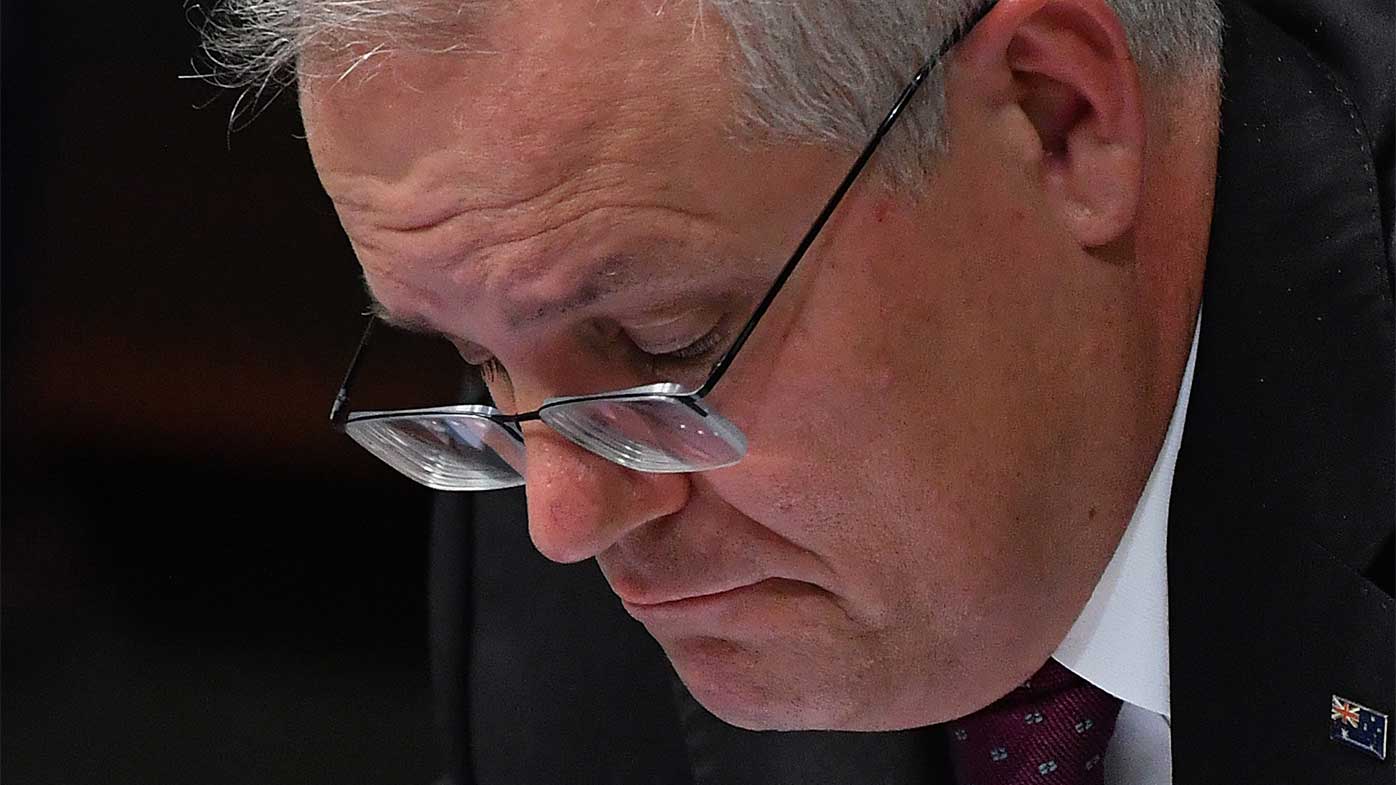 Later in Question Time, Mr Morrison was questioned about reports which surfaced last night that staffers had allegedly brought sex workers into Parliament House for government MPs, including a minister.

"I understand the report referred to a former minister, not a current minister, so I would simply make that point," Mr Morrison said.

"Obviously we're seeking to pursue those matters with those who are already known to us, and there is only one individual that was subject of the reports yesterday and that person has had their employment terminated."

Mr Morrison said that last night's allegations of lewd acts performed in Parliament took place before he was Prime Minister.