Scientists have discovered an exoplanet located 90 light-years from Earth with an intriguing atmosphere — one that could contain water clouds.

Scientists have discovered an exoplanet located 90 light-years from Earth with an intriguing atmosphere - one that could contain water clouds.

Exoplanets are planets located outside of our solar system. This exoplanet, called TOI-1231 b, completes a full orbit around its star every 24 Earth days.

It orbits a red, or M-type, dwarf star, known as NLTT 24399, that is smaller and dimmer than stars like our sun. 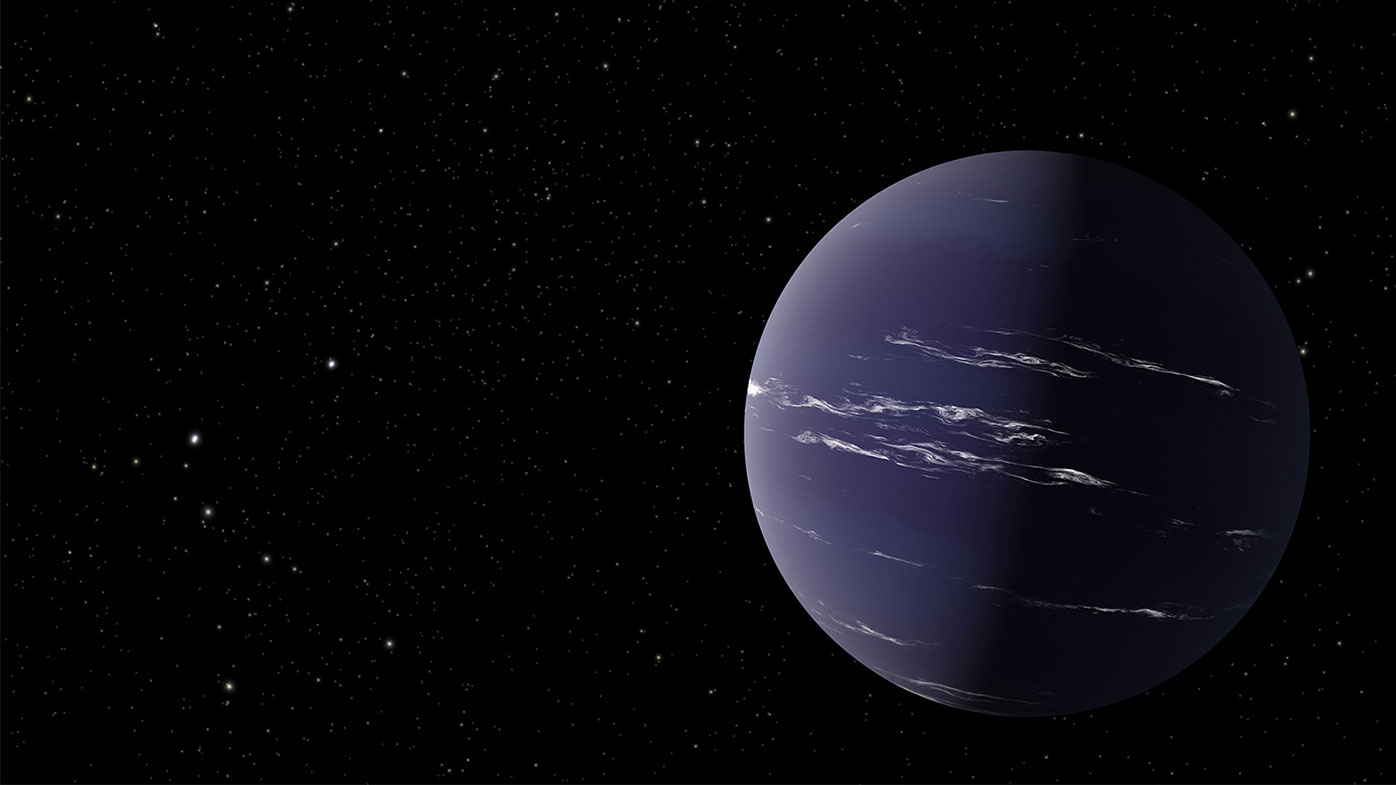 The discovery of the planet was detailed in a new study that will be published in a future issue of The Astronomical Journal.

"Even though TOI 1231 b is eight times closer to its star than the Earth is to the Sun, its temperature is similar to that of Earth, thanks to its cooler and less bright host star," study co-author Diana Dragomir, an assistant professor in the University of New Mexico's department of physics and astronomy, said in a statement.

"However, the planet itself is actually larger than earth and a little bit smaller than Neptune - we could call it a sub-Neptune."

The researchers were able to determine the planet's radius and mass, which helped them calculate its density and infer its composition.

The exoplanet has a low density, which suggests it's a gaseous planet rather than a rocky one like Earth, but scientists don't yet know for certain the composition of the planet or its atmosphere.

"TOI-1231 b is pretty similar in size and density to Neptune, so we think it has a similarly large, gaseous atmosphere," lead study author Jennifer Burt, a postdoctoral fellow at NASA's Jet Propulsion Laboratory in Pasadena, California, said.

"TOI1231b could have a large hydrogen or hydrogen-helium atmosphere, or a denser water vapour atmosphere," Ms Dragomir said.

"Each of these would point to a different origin, allowing astronomers to understand whether and how planets form differently around M dwarfs when compared to the planets around our Sun, for example."

The researchers believe TOI-1231 b has an average temperature of 60 degrees Celsius, which makes it one of the coolest of the small exoplanets available for future study of its atmosphere.

"Compared to most transiting planets detected thus far, which often have scorching temperatures in the many hundreds or thousands of degrees, TOI-1231 b is positively frigid," Ms Burt said.

The cooler the exoplanet, the more likely it is to have clouds in its atmosphere.

The similarly small exoplanet K2-18 b, discovered in 2015, was recently observed in more detail, and researchers found evidence of water in its atmosphere.

"TOI-1231 b is one of the only other planets we know of in a similar size and temperature range, so future observations of this new planet will let us determine just how common (or rare) it is for water clouds to form around these temperate worlds," Ms Burt said in a statement.

This makes TOI-1231 b the perfect candidate for observations by the Hubble Space Telescope - or the James Webb Space Telescope, which is scheduled to launch in October.

Webb will have the ability to peer into the atmospheres of exoplanets and help determine their composition.

And Hubble is scheduled to observe the exoplanet later this month.

The search for exoplanets

READ:  New tech to ramp up search for alien life

The planet-hunting satellite, launched in 2018, observes different areas of the sky for 28 days at a time.

So far, TESS has helped scientists find large and small exoplanets orbiting stars like our sun as well as the smaller M dwarf stars.

These diminutive stars are common in the Milky Way galaxy.

When a planet crosses in front of its star during orbit, it blocks a certain amount of light.

This is called a transit, and it's one way astronomers search for exoplanets using missions like TESS.

Given that M dwarf stars are smaller, the amount of light blocked by a planet orbiting them is larger, which makes the transit more detectable.

Scientists look for at least two transits before determining if they have found an exoplanet candidate.

Follow-up observations were made using the Planet Finder Spectrograph on the Magellan Clay telescope at Las Campanas Observatory in Chile.

"One of the most intriguing results of the last two decades of exoplanet science is that, thus far, none of the new planetary systems we've discovered look anything like our own solar system," Burt said.

"This new planet we've discovered is still weird - but it's one step closer to being somewhat like our neighbourhood planets."