The New Zealand city of Hamilton has removed a bronze statue of the British naval officer for whom it is named — a man who is accused of killing indigenous Maori people in the 1860s.

The New Zealand city of Hamilton has removed a bronze statue of the British naval officer for whom it is named — a man who is accused of killing indigenous Maori people in the 1860s.

The removal by city authorities came a day after a Maori tribe asked for the statue be taken down and one Maori elder threatened to tear it down himself.

Cities around the world are taking steps to remove statues that represent cultural or racial oppression as support grows for the Black Lives Matter movement following the death of George Floyd at the hands of police last month in Minneapolis. 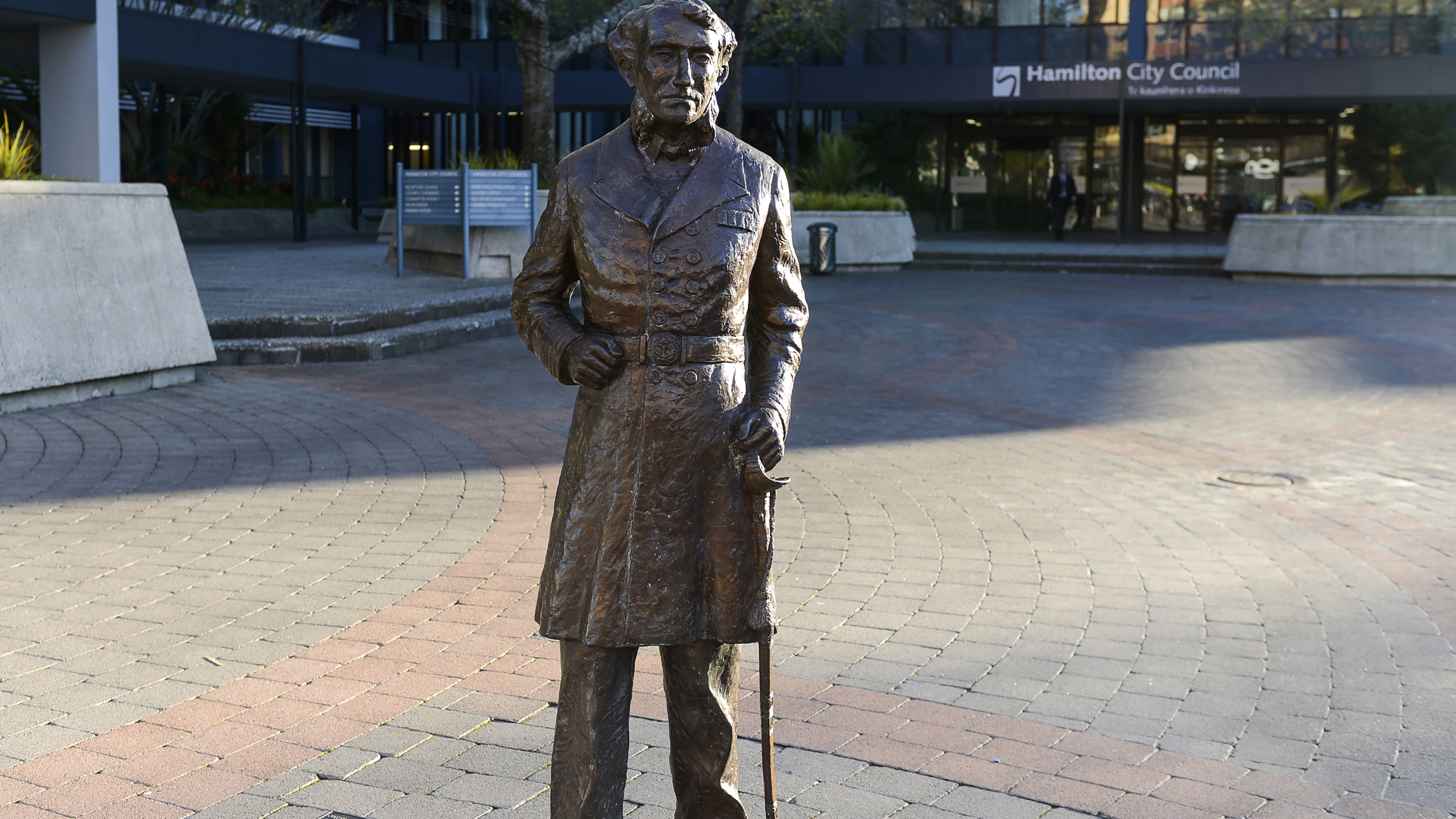 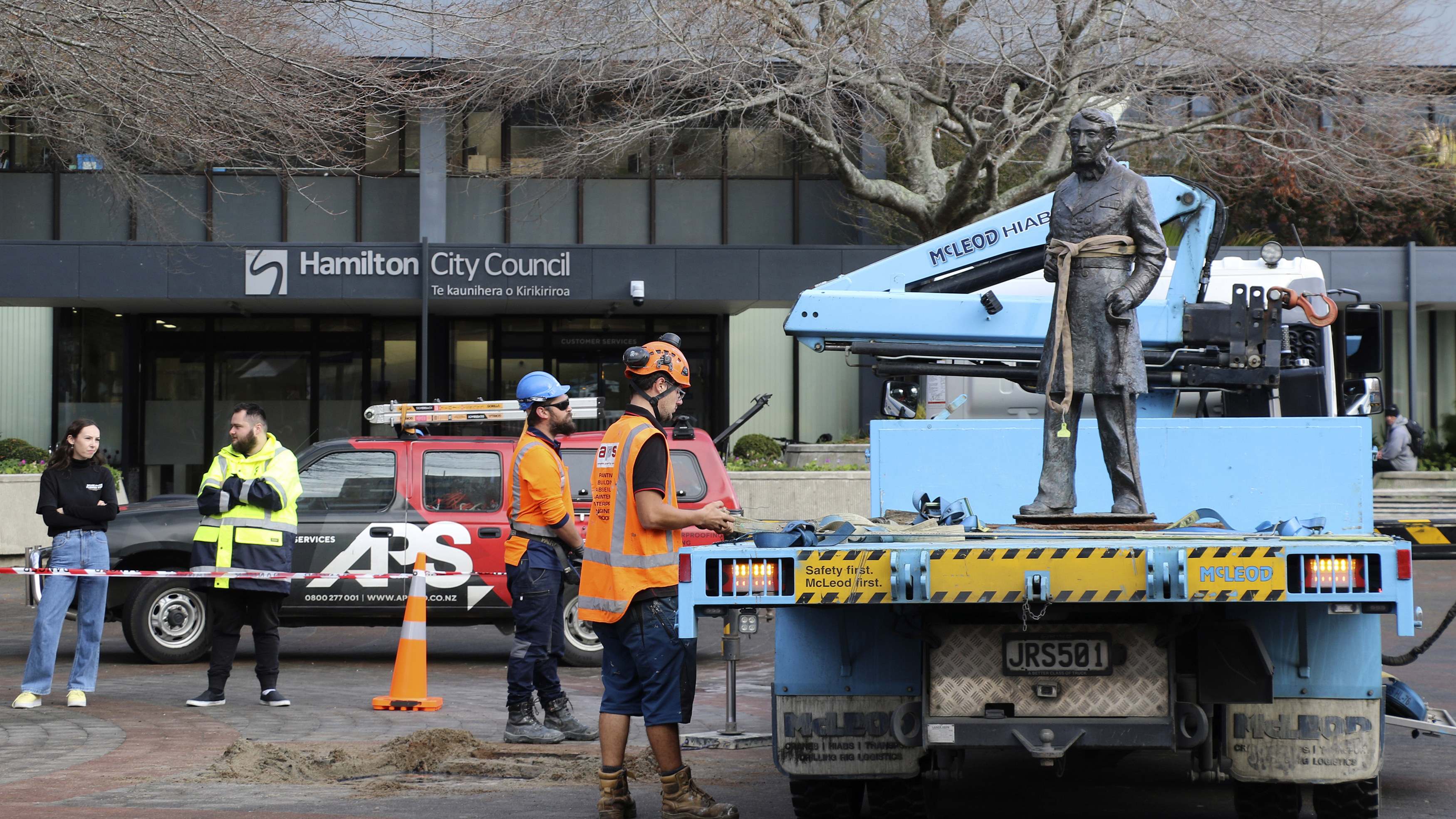 "We can't ignore what is happening all over the world and nor should we," Southgate said. "At a time when we are trying to build tolerance and understanding between cultures and in the community, I don't think the statue helps us to bridge those gaps."

The city was originally called Kirikiriroa by Maori. In the 1860s, it was renamed after Captain John Hamilton, a British officer who was killed in the infamous Gate Pa battle in the city of Tauranga.

The statue was gifted to the city in 2013. The Waikato-Tainui tribe, or iwi, formally requested yesterday for it to be removed.

City authorities said it was clear the statue was going to be vandalised, after Maori elder Taitimu Maipi this week told news organisation Stuff that he planned to tear it down himself.

He said Hamilton was being represented as a hero when he was "murderous" and a "monster". 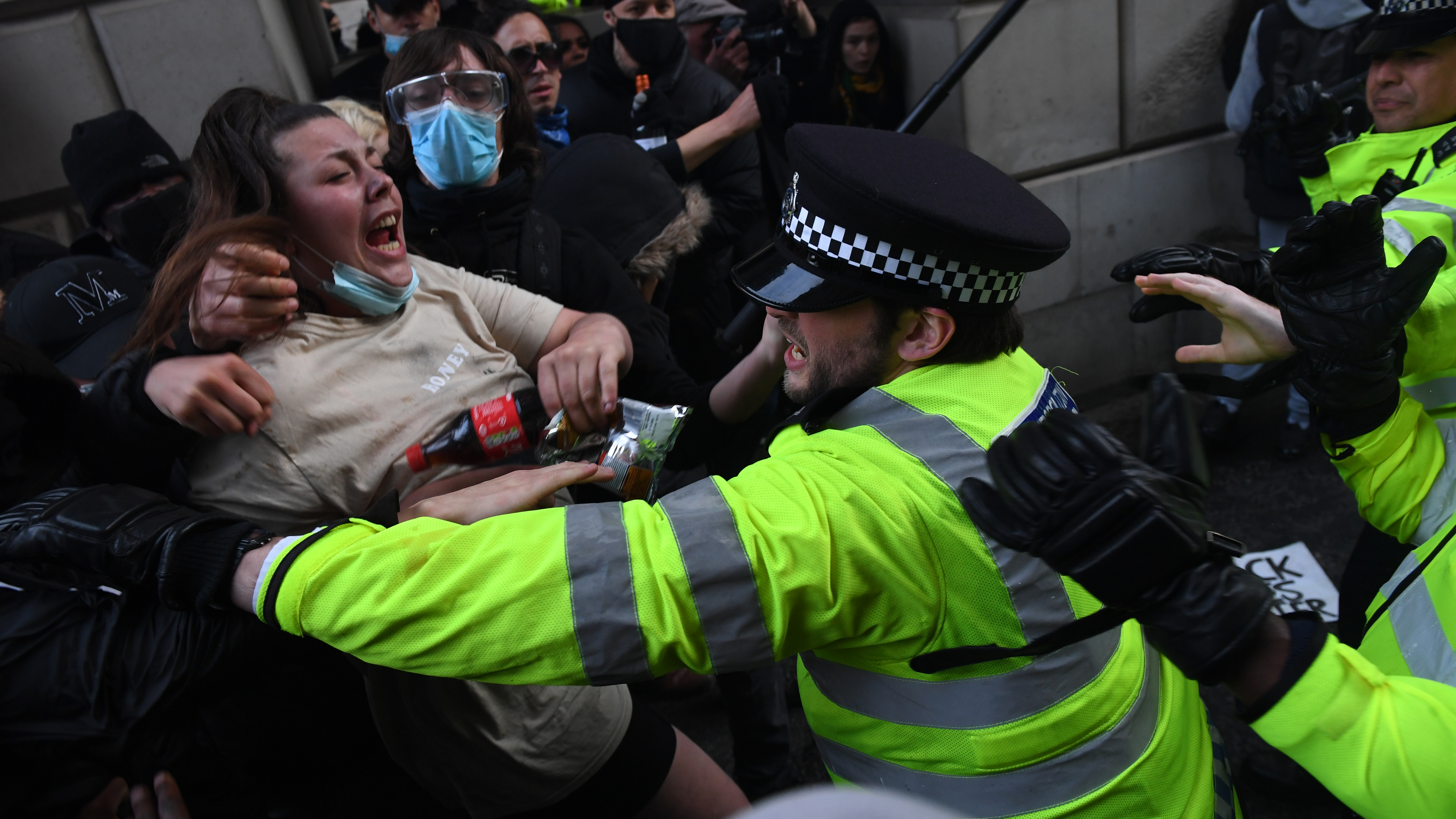 City authorities said they have no plans to change the city's name at this point.

Ms Southgate told The Associated Press that any potential name change would need to be discussed by the whole council and with Maori leaders, adding that she personally thought the name Kirikiriroa was "particularly beautiful" and often used it in speeches.

She said that before removing the statue, the city had first discussed the idea with the Gallagher family who had donated it, and they were supportive. She said the statue had been placed in storage while discussions about its future continued.

Deputy Prime Minister Winston Peters, who has Maori heritage, said he was outraged at the "wave of idiocy" over the role of historic statues. 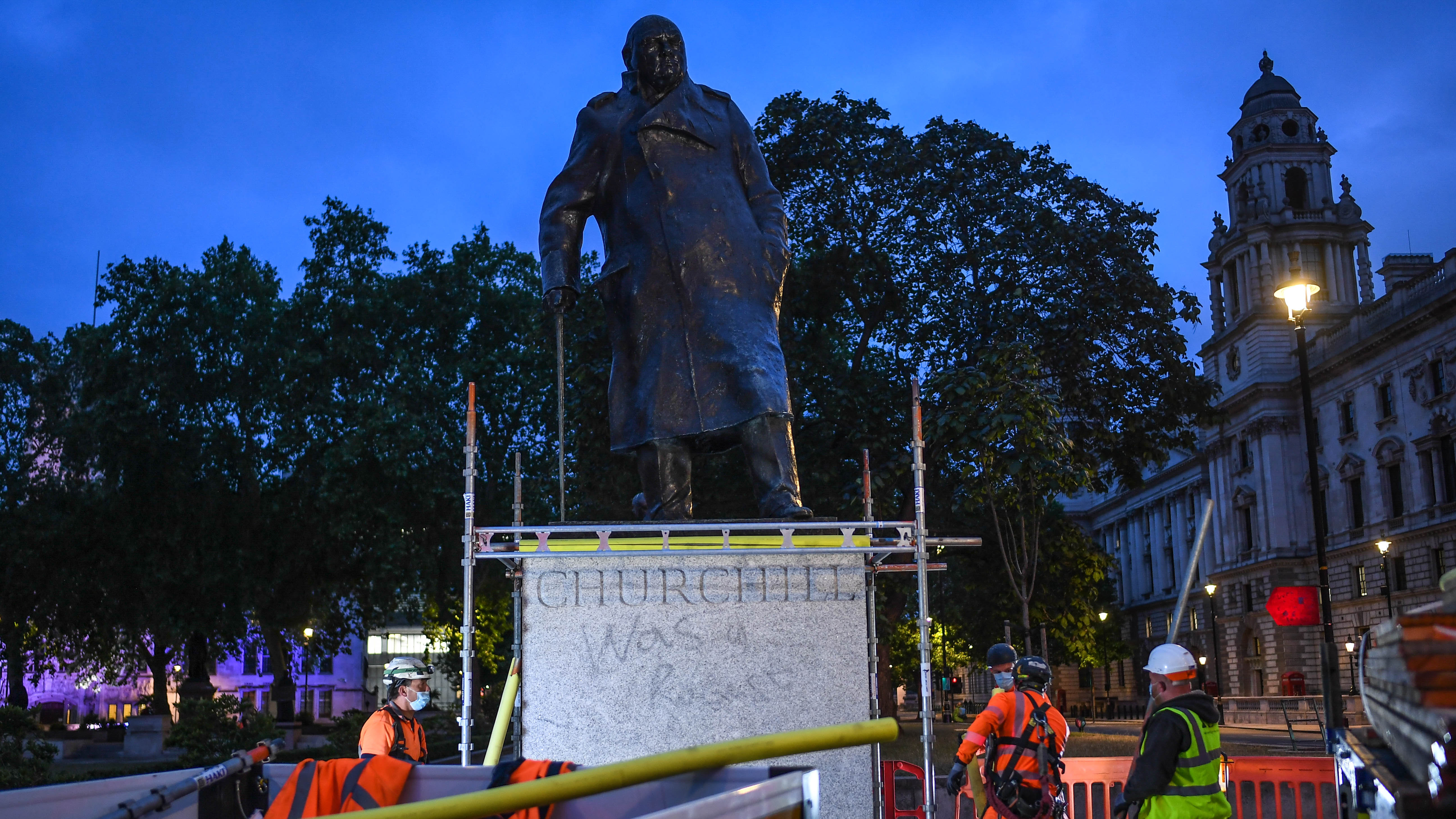 "Why do some woke New Zealanders feel the need to mimic mindless actions imported from overseas," Mr Peters said in a statement.

"A self-confident country would never succumb to obliterating symbols of their history, whether it be good or bad or simply gone out of fashion."

Hamilton is the nation's fourth-largest city with 160,000 people, about one-quarter of whom are Maori.

Council Chief Executive Richard Briggs said they were concerned that if the statue was torn out by force, it could damage the underground parking structure below. 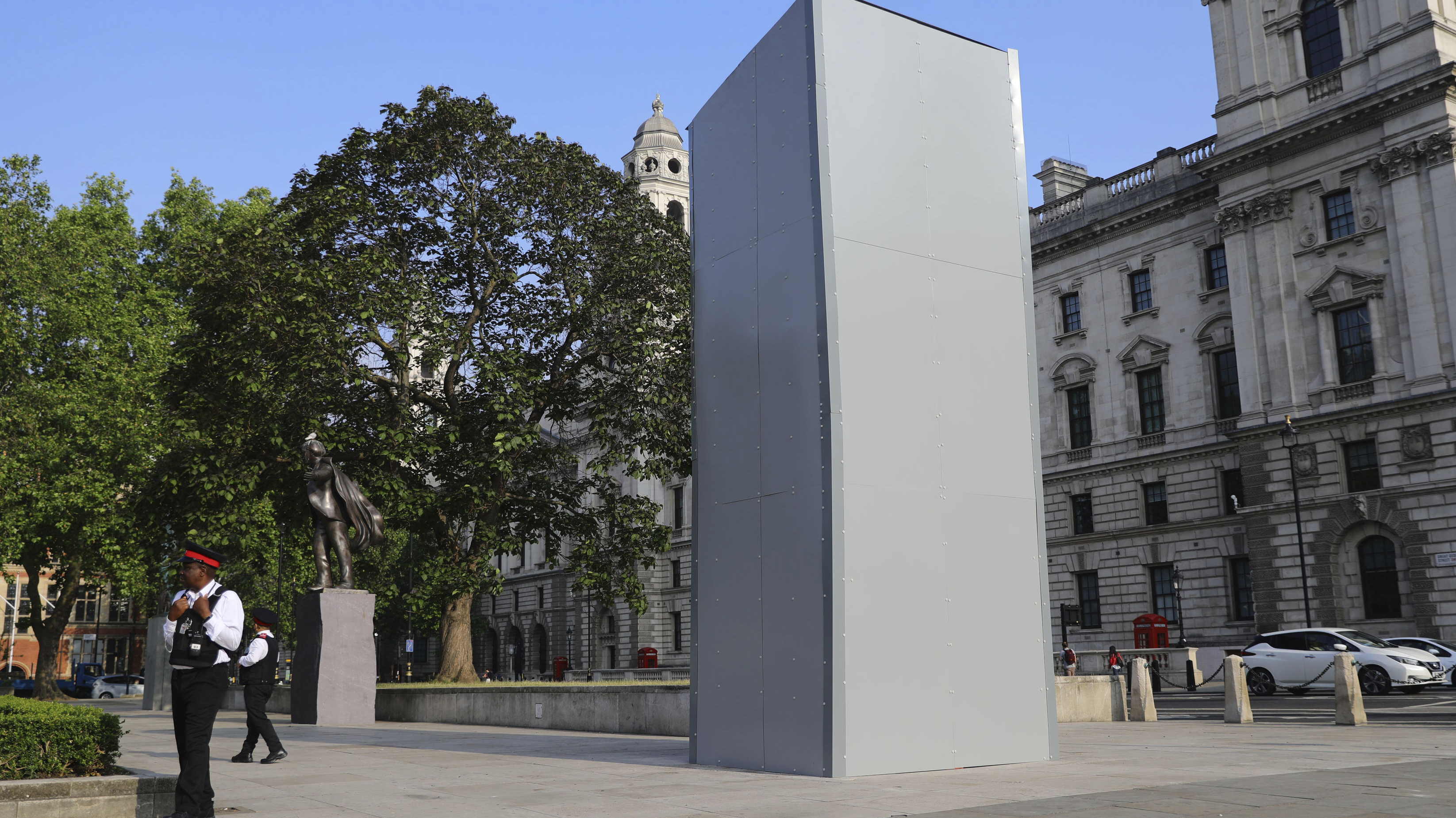 "We have been working collaboratively with Waikato-Tainui for more than 12 months on a project to review culturally sensitive place names and sites," Mr Briggs said in a statement.

"We understand this work is vitally important in raising awareness to cultural harm which has taken place."

READ:  John Oliver Reveals The Donald Trump Question That 'Pisses' Him Off The Most

Other New Zealand statues of historic figures are also coming under scrutiny, including those of British explorer James Cook.

Meanwhile, in the UK, a statue of former prime minister Winston Churchill has been boarded up to protect it from expected Black Lives Matters protesters this weekend.

It was vandalised during a rally last week which turned nasty in London, the words "was a racist", sprayed on the plinth beneath his name.

The Cenotaph has also been given a protective covering in the UK capital.