It took 100 days for the fires at Ground Zero to finally be extinguished.

It took 100 days for the fires at Ground Zero to finally be extinguished.

New Yorkers described the acrid air as pungent and horrible. Yet, incredibly, one week after the two hijacked planes brought down the twin towers of the World Trade Centre, killing nearly 3000 people, the Environmental Protection Agency (EPA) was telling New Yorkers "their air is safe to breathe and their water is safe to drink".

More than 13,200 first responders and survivors have since been diagnosed with a variety of cancers, according to the World Trade Center Health Program.

Dust from Ground Zero had many known carcinogens - soot, benzene, cement, asbestos, heavy metals, polycyclic aromatic hydrocarbons and dioxins – which were released into the air of lower Manhattan with the collapse of the towers.

Marcy Borders, a 28-year-old Bank of America employee who worked on the 81st floor of the North Tower, was dubbed "Dust Lady" after a haunting photograph of her, covered in white dust, was sent around the world on 9/11.

Fifteen years later, in 2015, she died aged just 42 after a year-long fight with stomach cancer.

For years Ms Borders had lived with fear over what the poisonous dust might have done to her body and health.

She had read the stories of first responders and others who had fallen sick and died, as medical evidence began to build a troublesome picture and trend. 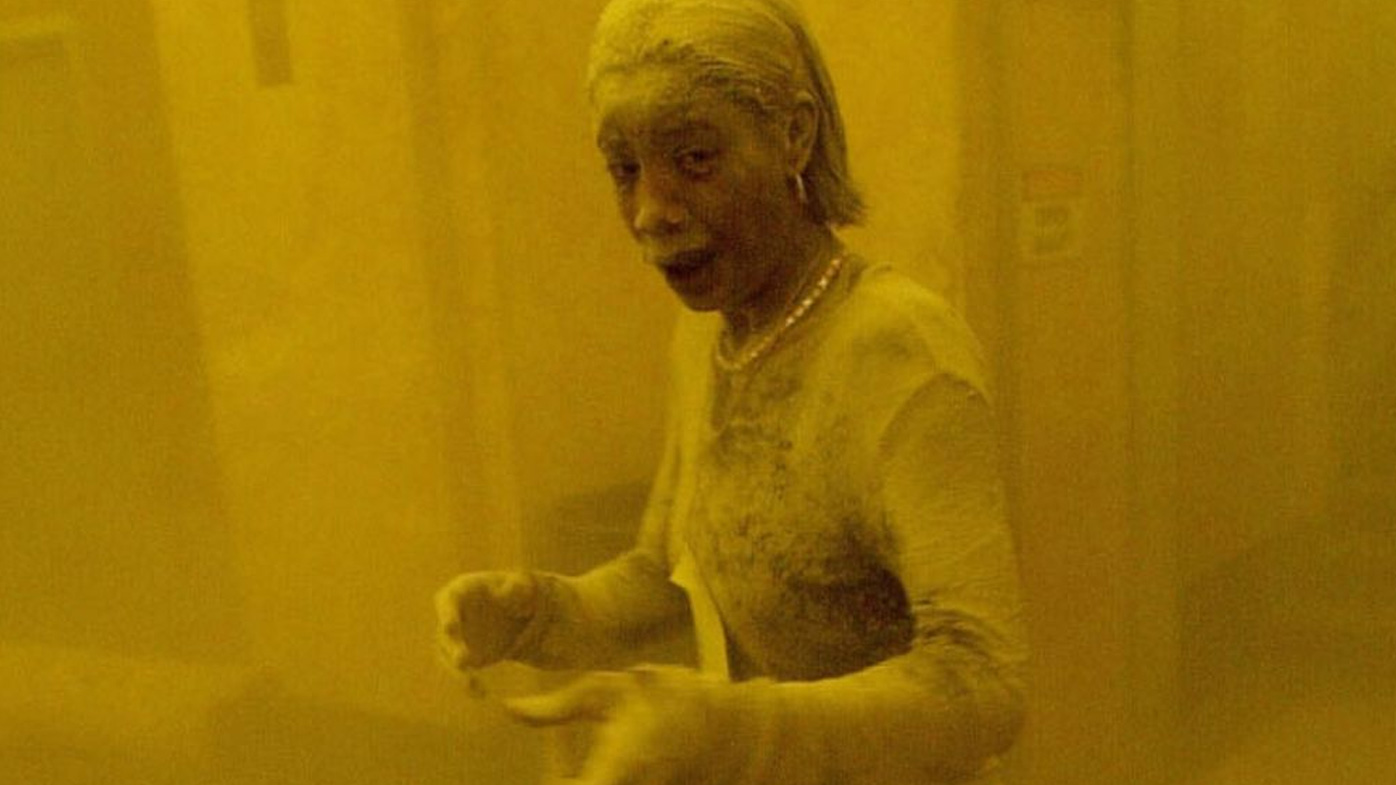 At least 1880 first responders, survivors and workers who recovered bodies and cleaned up the wreckage have since died from illnesses which many attributed to their time at the site.

Those who arrived first on the scene received the greatest exposure to the toxic dust and smoke, and sustained the most severe health damage.

In the aftermath, men began to be diagnosed with rare breast cancers and prostate cancers at unusually young ages.

Leukemia, thyroid cancer, other cancers and chronic respiratory and gastrointestinal illnesses were being diagnosed among the young and old, including residents and students who lived around Tribeca.

9News.com.au has plotted data from the World Trade Center Health Program, including the 15 most common cancers and other diseases and illnesses dating back to 2015.

There has been a notable increase across various cancers and diseases.

After tracking the health of 27,000 police officers, construction workers, firefighters, and municipal workers over the nine years following the September 11 attacks, researchers at The Mount Sinai Medical Center found substantial and persistent mental and physical health problems among 9/11 first responders and recovery workers.

The study found an increased risk of developing thyroid cancer, leukemia and prostate cancer, as well as a slightly elevated overall risk of cancer.

Lead author Moshe Shapiro of the Mount Sinai study stopped short of calling it an "epidemic of cancer" but said "there is evidence of increased risk for certain cancers among WTC-exposed responders".

READ MORE: What happened to the kids in famous 9/11 photo 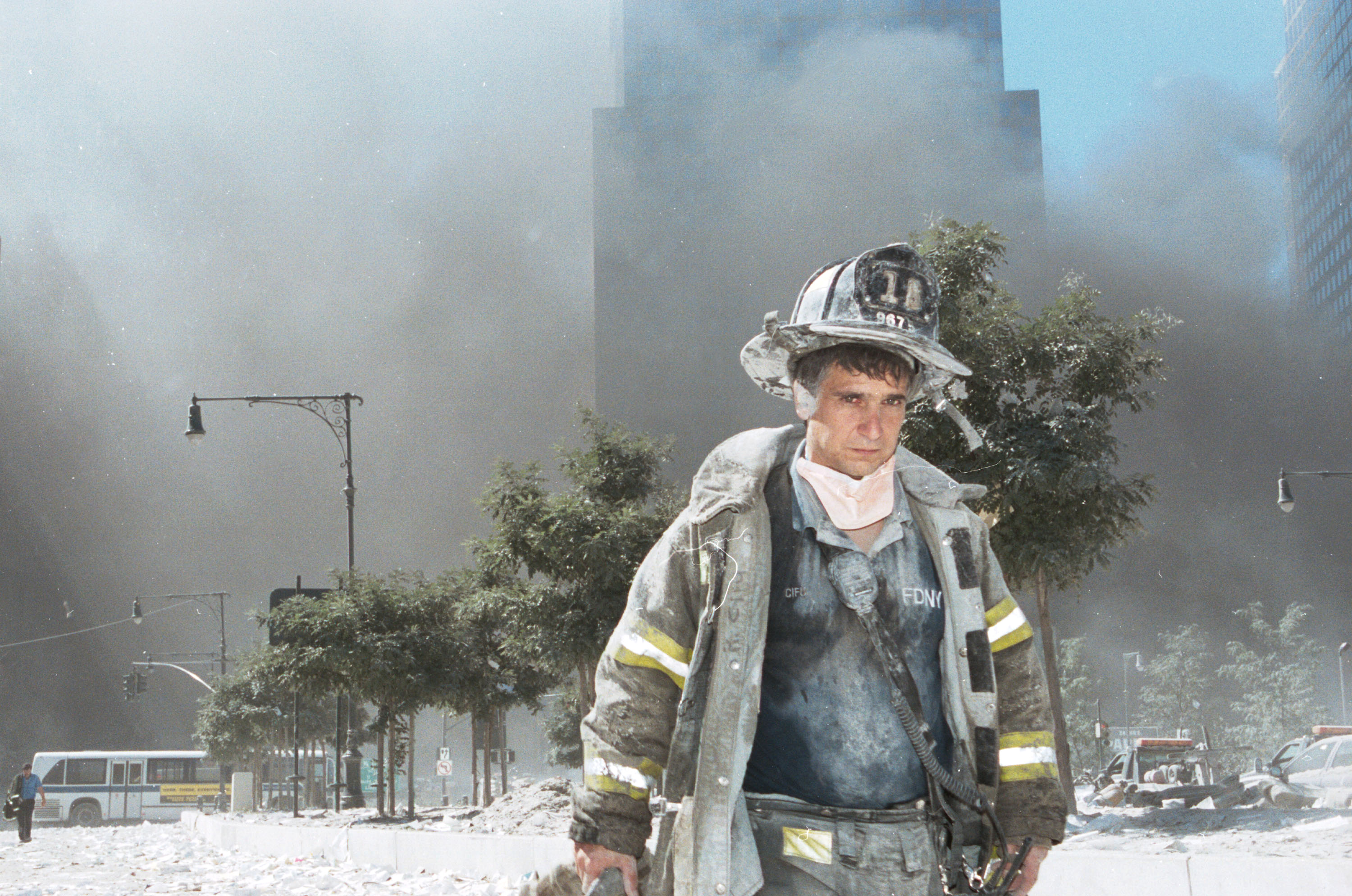 In 2015 Christine Todd Whitman, then head of the EPA, admitted for the first time that she had been wrong to tell New Yorkers there was nothing wrong with the air, in the days after the attack.

Ms Whitman denied she had been lying, when she said at the time: "I am glad to reassure the people of New York … that their air is safe to breathe and their water is safe to drink."

She told The Guardian she "cringed" every year the anniversary of the attacks rolled around.

"Because I know people will bring up my name, they blame me, they say that I lied and that people died because I lied, [they say] people have died because I made a mistake," she said.

In a 2003 the EPA's inspector general criticised the agency's handling of the crisis, saying it had no basis for its pronouncements about air quality in the days after the attacks.

GALLERY: Lost and found in the rubble of twin towers