The measures were approved earlier this week by the state's Democratic-led Legislature. 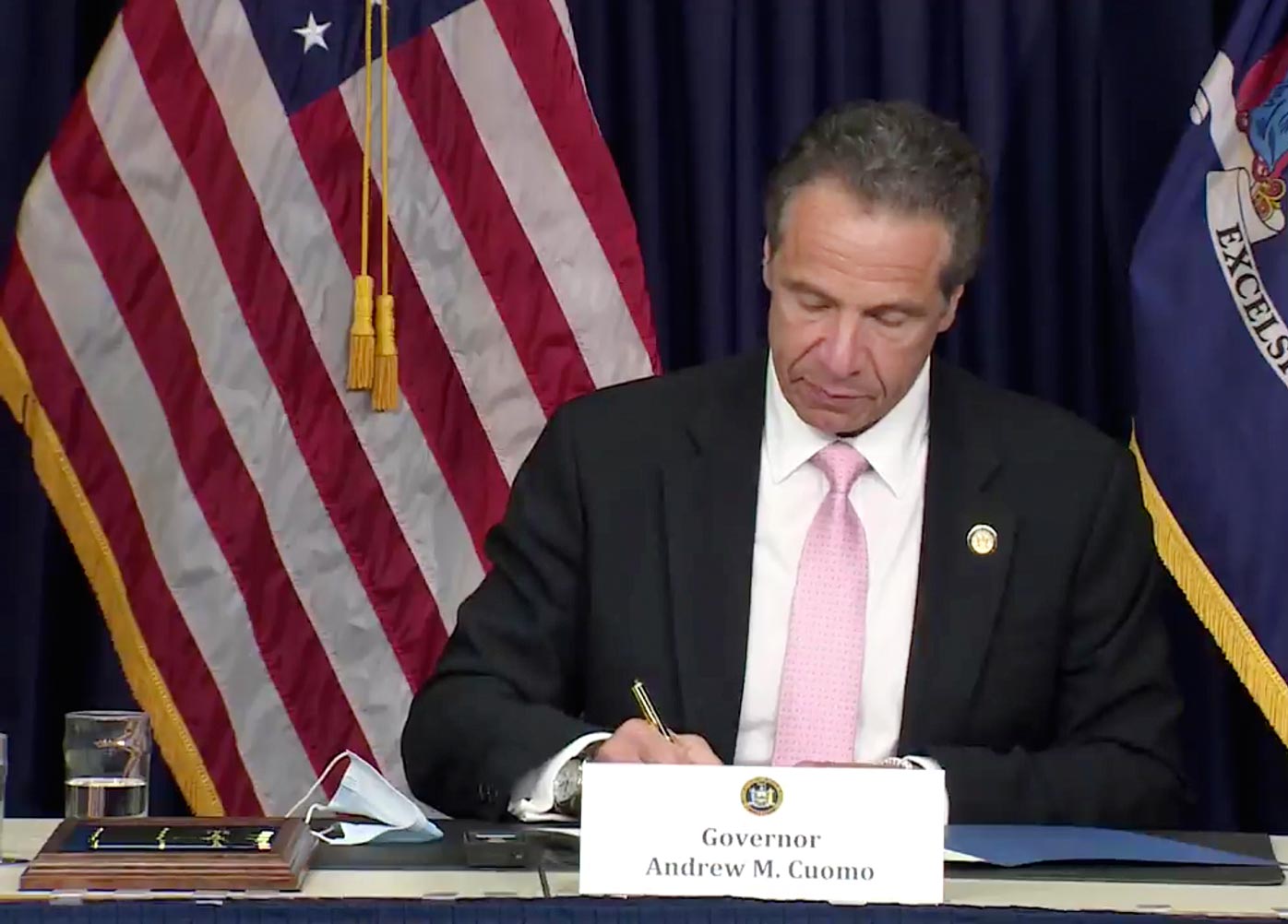 Some of the bills had been proposed in years past and failed to win approval, but lawmakers moved with new urgency in the wake of massive, nationwide demonstrations over Floyd's death at the hands of police in Minneapolis.

"Police reform is long overdue, and Mr Floyd's murder is only the most recent murder," Gov. Cuomo, a Democrat, said.

"It was a long time coming, but it came," Ms Carr said.

Senate Majority Leader Andrea Stewart-Cousins thanks Ms Carr and Ms Bell "for being brave and strong".

"We are at a moment of reckoning. There is no doubt about it," she said. 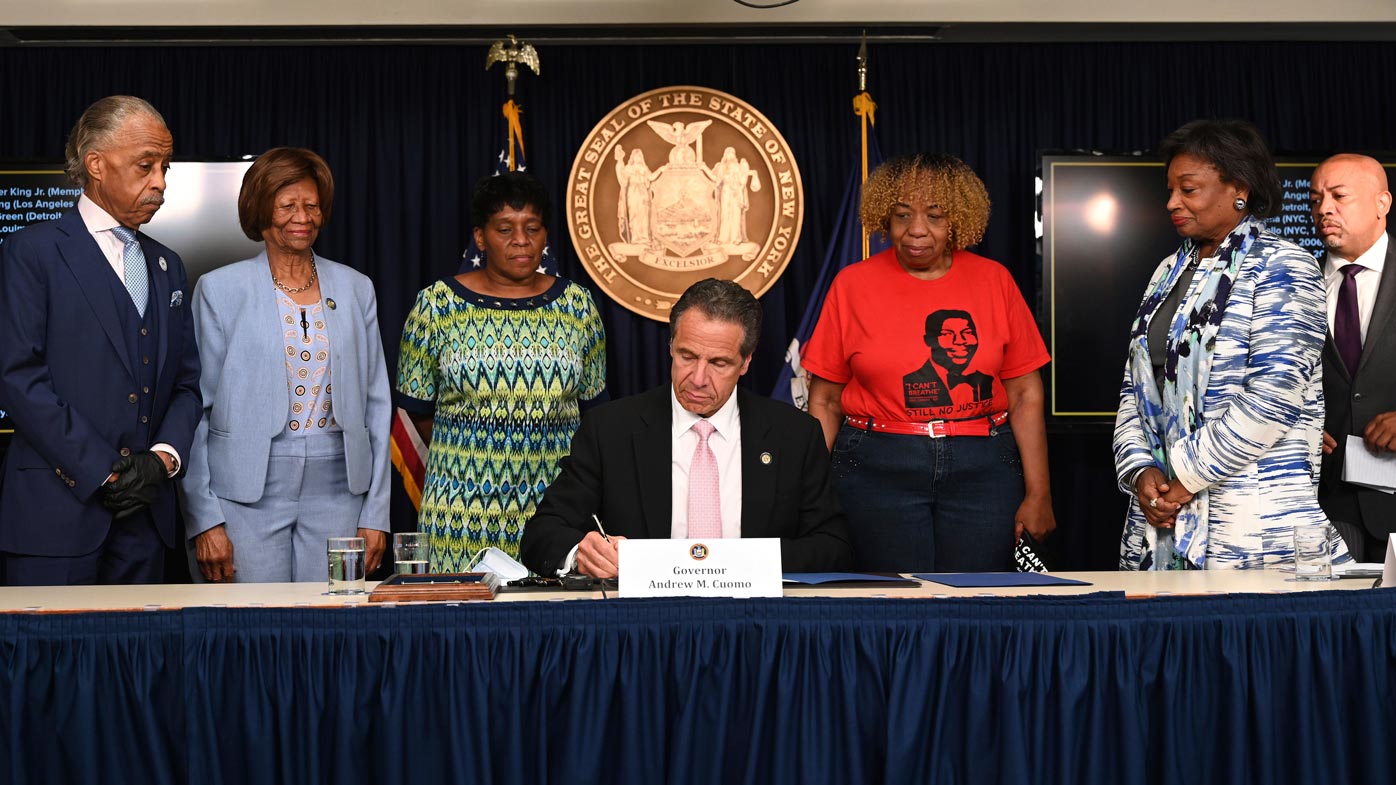 The laws will ban police chokeholds, make it easier to sue people who call police on others without good reason, and set up a special prosecutor's office to investigate the deaths of people during and following encounters with police officers.

"These bills mean some substantive change, so that we won't be sitting here going over this after the next funeral and after the next situation," Rev. Sharpton said.

Some bills, including body camera legislation, drew support from Republicans, who opposed legislation that repealed a state law long used to block the release of police disciplinary records over concerns about officers' privacy.

Eliminating the law, known as Section 50-a, would make complaints against officers, as well as transcripts and final dispositions of disciplinary proceedings, public for the first time in decades.

New York Police Department spokesperson Sgt. Jessica McRorie said the department "will review the final version of the legislation and utilise it in a manner that ensures greater transparency and fairness".

The state's approximately 500 police departments will all have to come up with plans to address everything from use of force to implicit bias awareness training by next April under an executive order that Gov. Cuomo said he will issue today.

The governor said New York is the first to come up with such a plan and warned that police departments who fail to do so will not receive state aid.

Patrick Lynch, president of the Police Benevolent Association, the city's largest police union, said in a news release that Gov. Cuomo and the legislative leaders "have no business celebrating today".

"We will be permanently frozen, stripped of all resources and unable to do the job."

Gov. Cuomo has 10 days to act on other bills passed by lawmakers this week, including legislation prohibiting police from using racial profiling and another bill ensuring that individuals under arrest or in police custody receive attention for medical and mental health needs.

Lawmakers also passed a bill to require New York to collect and report the race and other demographic details of individuals who are charged.

The legislation says police departments must "promptly report" to the state the death of any people who die in police custody and in an attempt to establish custody, and provide a demographic breakdown.