New York’s governor Andrew Cuomo has ridden the subway to show residents the city is safe to reopen as tough COVID-19 restrictions begin to be eased.

New York's governor Andrew Cuomo has ridden the subway to show residents the city is safe to reopen as tough COVID-19 restrictions begin to be eased.

An estimated 400,000 people are returning to work across Manhattan today after 78 days of coronavirus stay-at-home orders.

Once the epicentre of the pandemic as the largest and densest city in the US, New York City has entered phase one of its reopening plan allowing non-essential workers in construction and manufacturing to go back to work and retail stores to set up curbside or in-store pickup. "This is a triumphant moment for New Yorkers who fought back against the disease," Mayor Bill de Blasio said. "My message is to stick to it."

Hair salons, offices and indoor seating at bars and restaurants remain off-limits until the next reopening phase.

"According to the official chart of the state it could be a little as little as two weeks 'till we get to phase two," Mr de Blasio said. 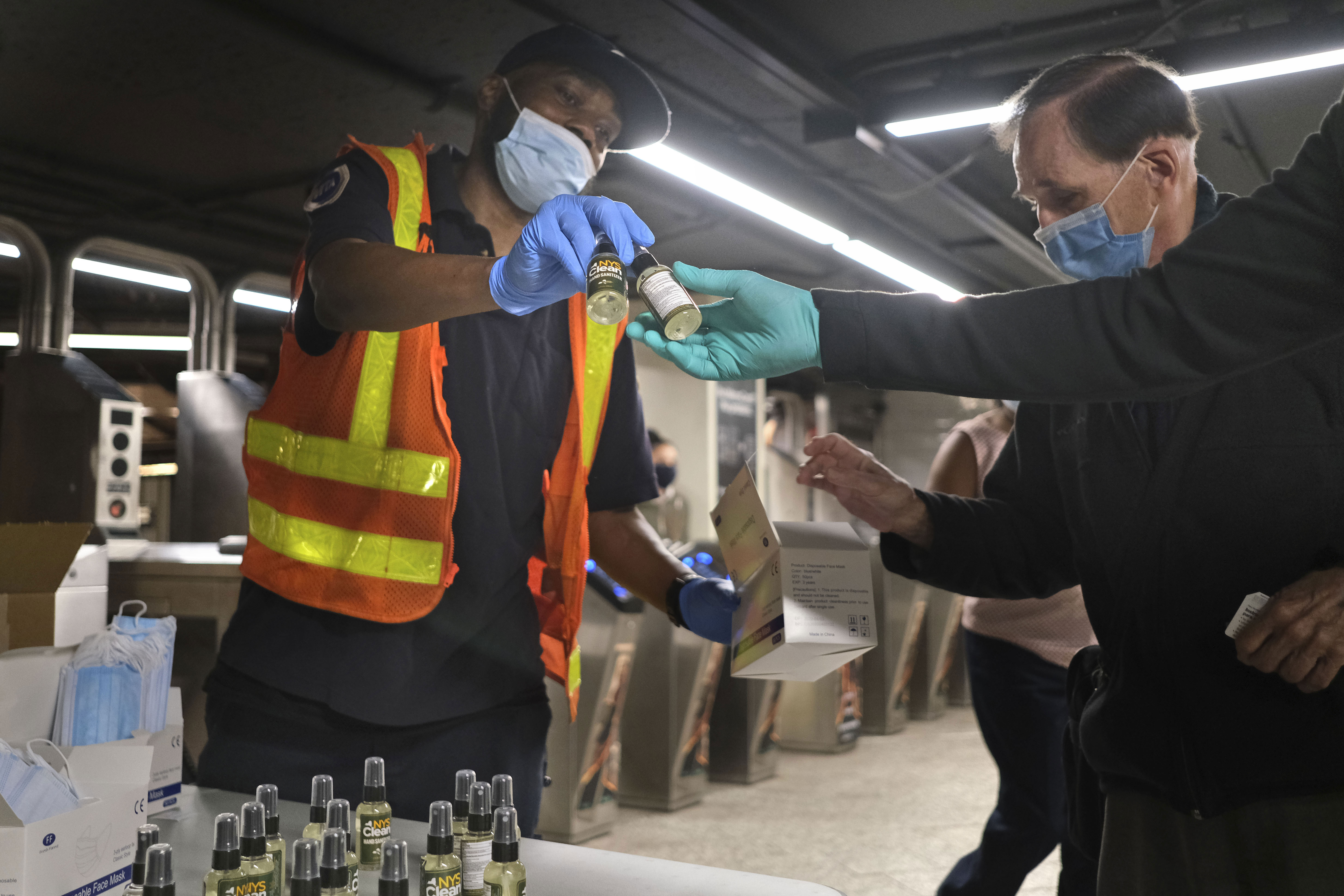 "I want to keep expectations a little lower than that.

"Think of the beginning of July as a target, I think that's a safer, smarter way to look at."

New York has come a long way since March.

In the state, more than 377,000 people contracted COVID-19 and more than 30,000 died of it, the most among all states in both total numbers and per capita rates, according to data from Johns Hopkins University.

More than 21,000 of those deaths, or about two-thirds, were in New York City.

The 78-day lockdown represents the longest in the country and comes weeks after other parts of the state hit the necessary criteria to reopen.

Governor Cuomo wore a face mask as he took the subway on Monday in a show of confidence for the city's public transport network.

"If it wasn't safe, I wouldn't ask anyone to go on the subway," Mr Cuomo said in a tweet.

"Remember: If you're riding, you MUST wear a mask. It's mandatory & shows respect for fellow riders."

Two million face masks are available for commuters along with hand sanitiser. Socially-distant decals have also been placed on the platforms as a reminder. 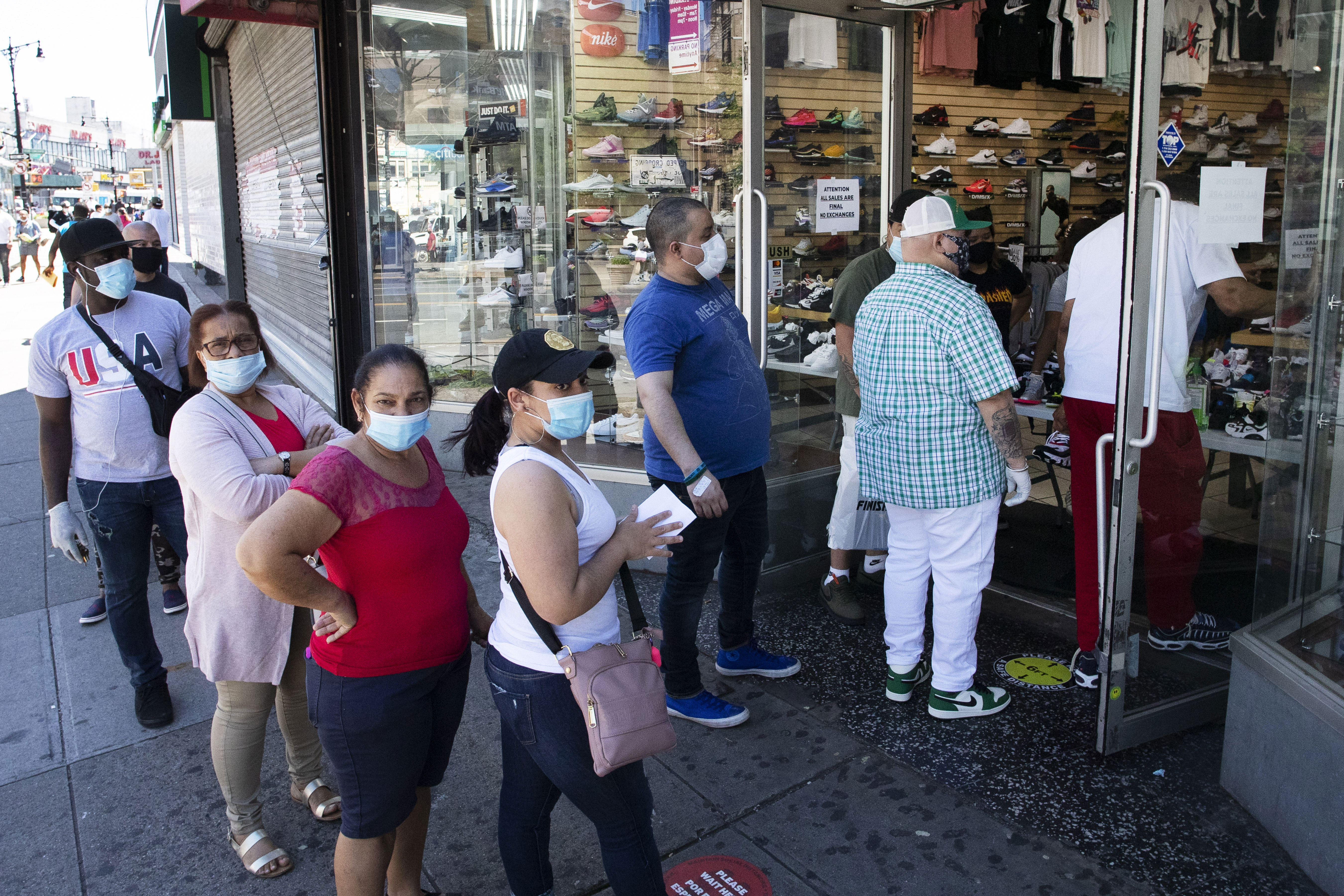 On Sunday Mr Cuomo spoke about the city's efforts to beat the virus.

As office workers across the state begin returning to the workplace, Mr Cuomo said he would sign an executive order allowing commercial buildings to take the temperature of people entering.

"We're giving commercial buildings the right to take the temperature of everyone who walks into a building. It's not just your health, it's the people you could infect," Mr Cuomo said.

He ordered nonessential workers to stay home from work starting on March 22, as coronavirus cases were in the midst of a rapid, exponential growth that overwhelmed hospitals. 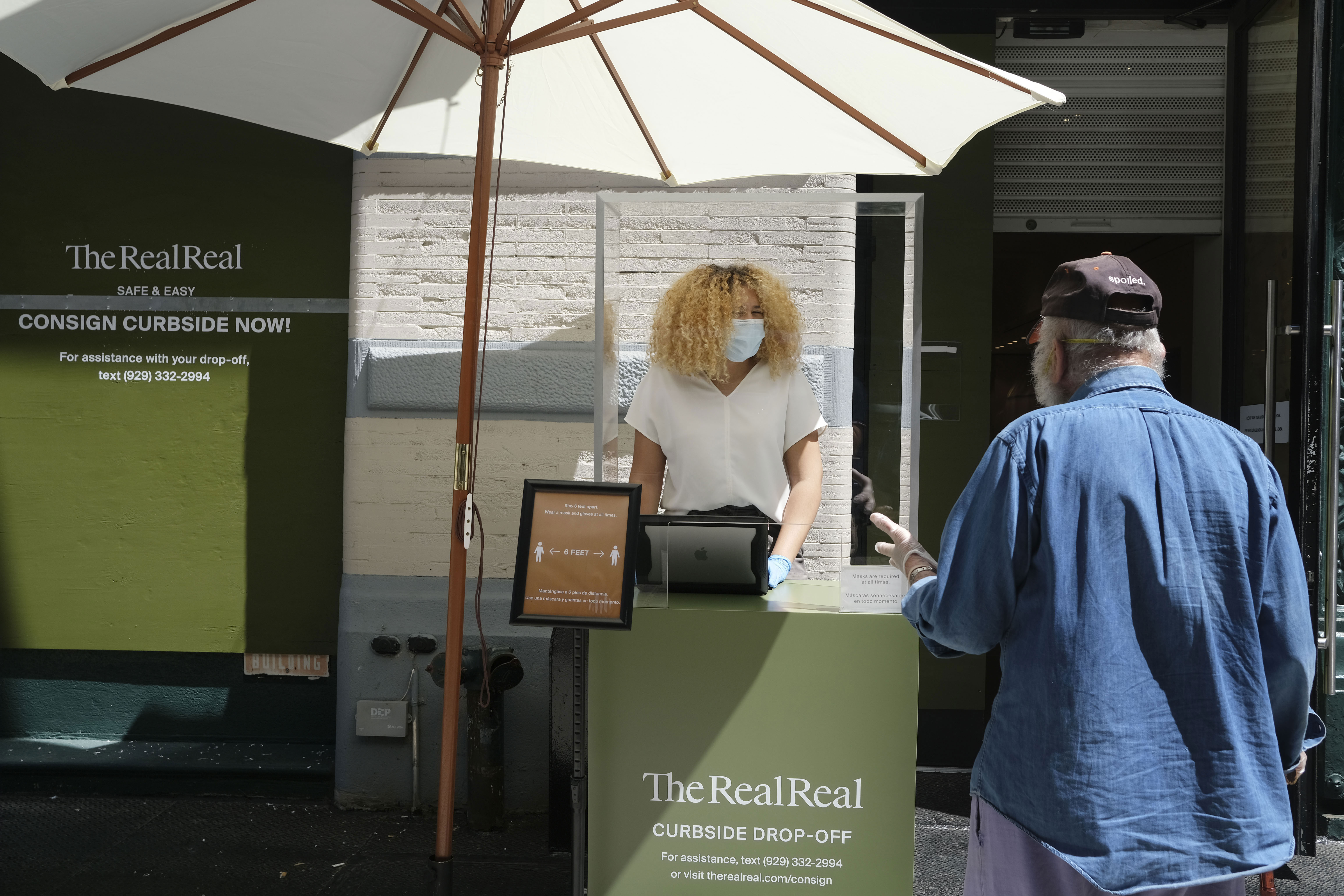 But his and Mr de Blasio's delayed actions came too late to prevent the sharp spike in cases in the densest and most populated city in America.

The surge meant patients were treated in hallways, nurses and doctors ran out of personal protective equipment, funeral homes ran out of space and field hospitals were set up in Central Park, the Javits Convention Centre and aboard the USNS Comfort hospital ship.

At its peak in early April, more than 500 people died daily in New York City from the virus. Stay-at-home orders and the mass shutdown of public life brought that number down, but with frustratingly slow speed.

Since then, deaths and hospitalisation rates have shrunk and hospital bed space and testing and contact tracing capability are high enough that New York City can enter its phase one reopening.