New footage has been released of a violent attack in Adelaide that left one young victim with a fractured jaw.

New video has been released of a violent attack in Adelaide that left one young victim with a fractured jaw.

Shopkeepers in the coastal suburb of Glenelg said they are living in fear with the two men responsible for the assault still on the run.

The new CCTV shows one of the suspects following the victims into a tobacco store on June 11. 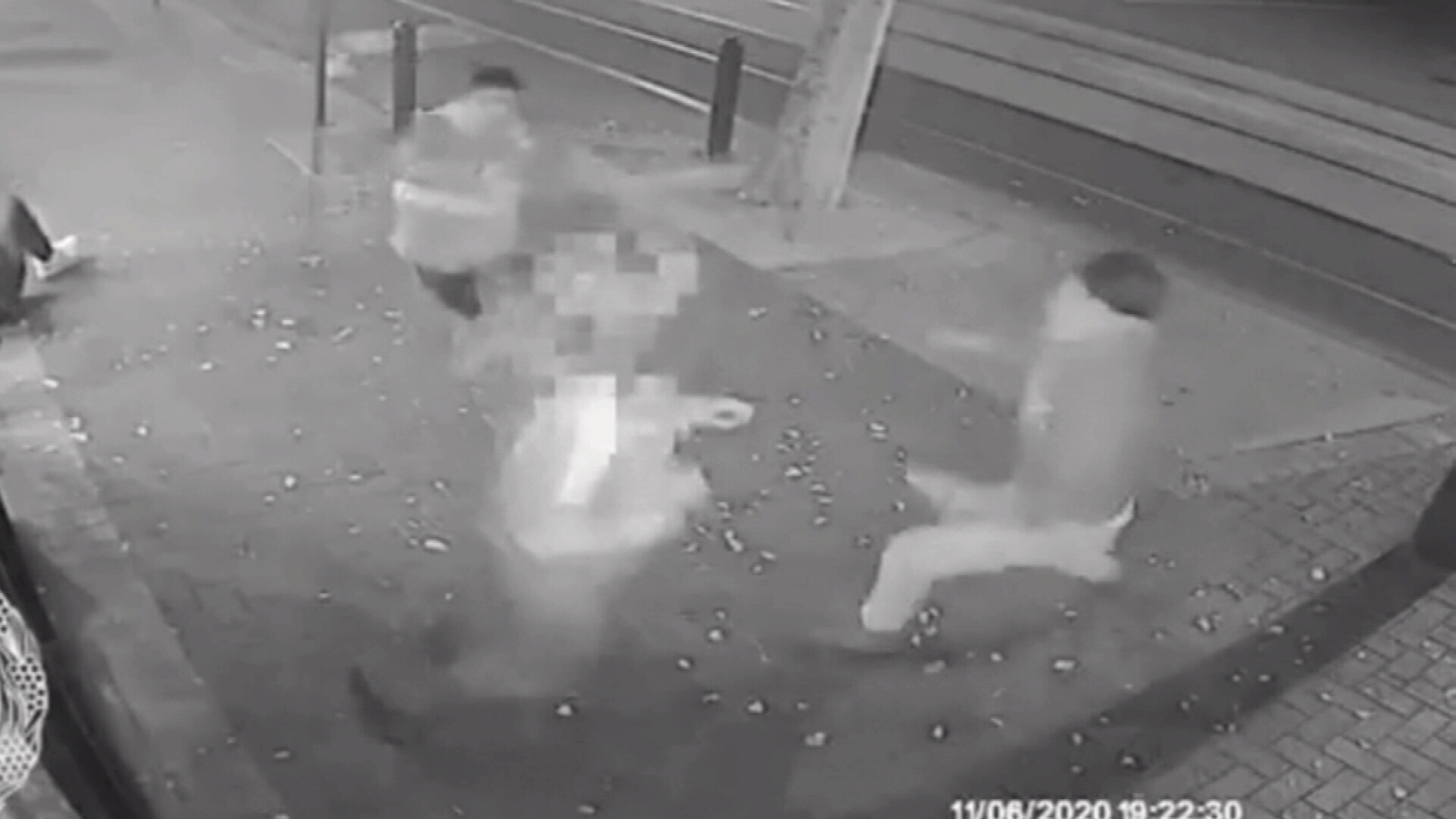 The suspect is seen turning his head to watch the victims before he rushes out after them.

One suspect even attempts a flying kick in the bashing that follows.

"It's one of the worst things I've seen down Jetty Road, and I've been here for quite a while now," witness Razi Tahmasebi told 9News.

Mr Tahmasebi helped shelter the two young victims, but now said he was frustrated the attackers were at large more than three months later.

"It's really urgent something is done," he said.

"It'll help the families and prevent something like this from happening again."