A malnourished 12-week-old kitten who had part of both back legs cut off has been given a second chance at life.

A malnourished 12-week-old kitten who had part of both back legs cut off has been given a second chance at life.

The Blair family, who live in rural Selwyn, Canterbury, in New Zealand found the frightened kitten on their property in late April.

He was missing the bottom half of both back legs and was walking on the bone stumps. 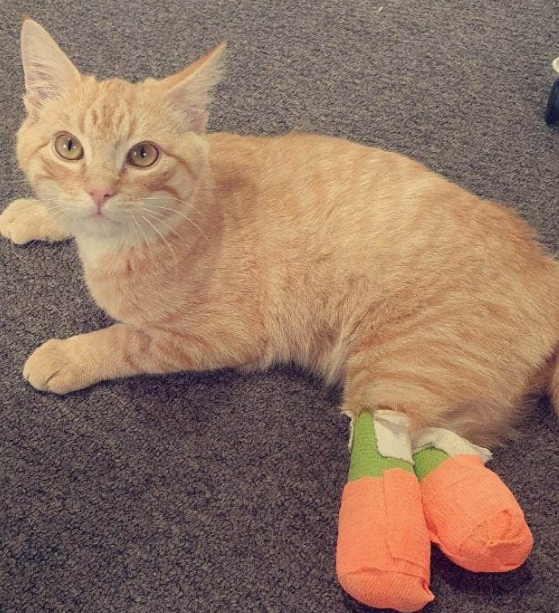 Sophie Blair said she believed the kitten was dumped on their property and did not think the injuries were caused by a birth deformity. The SPCA said it was possible the injuries happened accidentally.

Mrs Blair said the family wanted to help Pascoe because he deserved a chance at life.

"He wanted help," Mrs Blair said. "He was meowing like non-stop when we first saw him, but he was scared and wouldn't come near us." 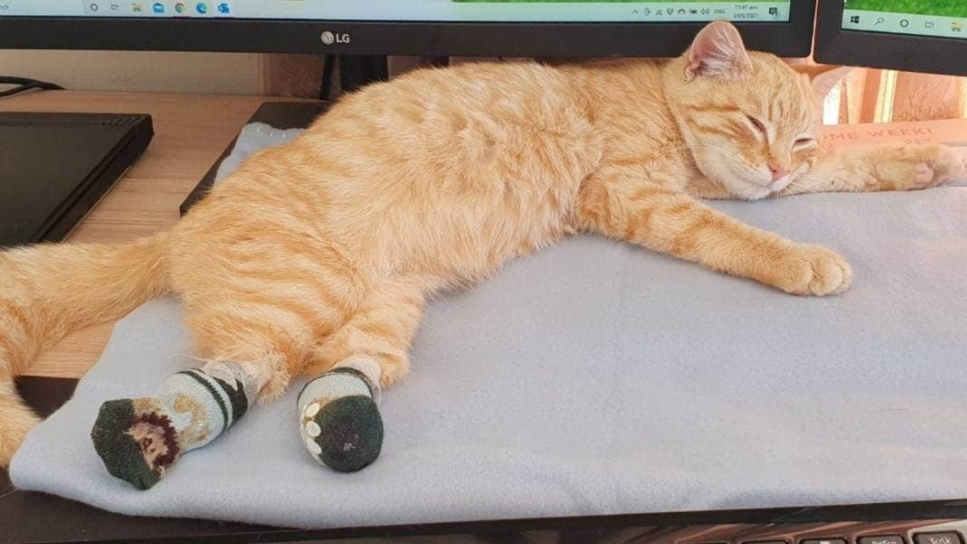 Mrs Blair said she soon found where the kitten was hiding and managed to capture him and get him to a vet.

Once there, it was clear the kitten did not have any muscles and the bones were infected, she said.

The kitten, who the Blair family have since named Pascoe after New Zealand Paralympian Sophie Pascoe, had to spend a week eating special food to put on weight before he was well enough to have surgery.

The surgery allowed skin to be pulled over his leg stumps.

The family has since taken in Pascoe, who is about 15 weeks old.

For the past three weeks, he has been taken to the vet every second day for bandage changes and for his wounds to be cleaned.

READ:  Son 'terrified' for grandmother who vanished after late-night walk

This would continue for another one or two weeks, before the visits could become less frequent, Mrs Blair said.

The family posted publicly on social media before the surgery to see if anyone would claim Pascoe, but after a week no-one did. 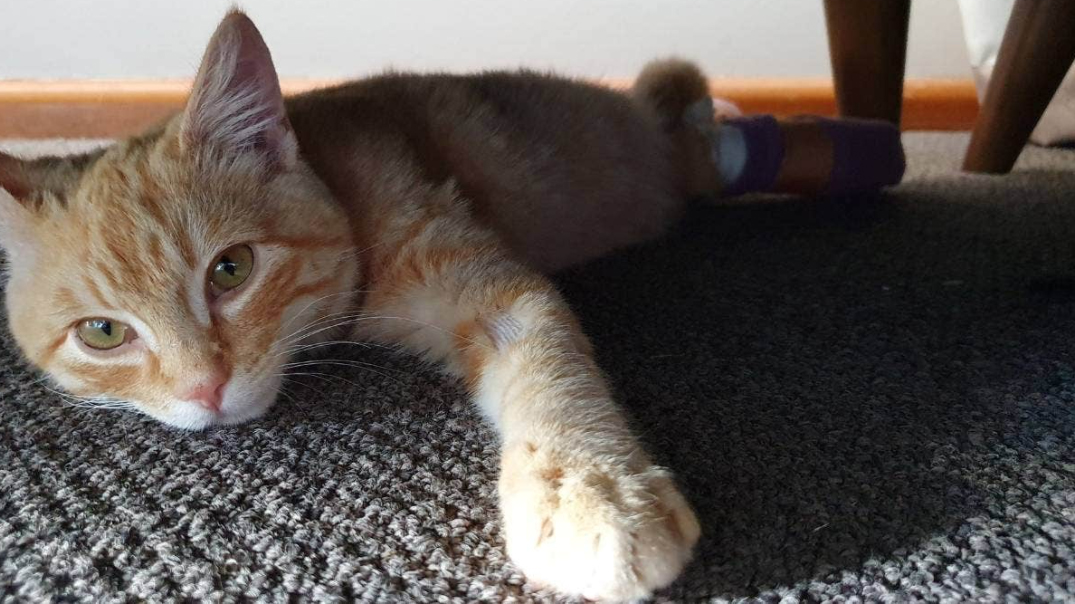 At first, they did not know if Pascoe would recover, but now they were pretty confident he would pull through.

If he had recovered enough by eight months, they hoped to fly him to Australia with his vet to see a surgeon who could put prosthetic legs on, Mrs Blair said.

The family started a Tik Tok account and a Givealittle page to raise awareness about Pascoe.

They planned to use the funds raised page to pay costly vet fees, which Mrs Blair said were about $300 per week presently.

The family had already spent more than $1000, Blair said.

The SPCA said it was possible the kitten's injuries were accidental.

"Our inspectors have seen similar cases where stray cats and kittens have been accidentally run over by farm equipment or have been caught in a trap," spokesperson Briar Marbeck said.

"So while it could have been intentional, it's also possible it was an awful accident."