Nearly half a billion animals are feared dead in the bushfires burning across Australia, including a third of the koala population in their main habitat in New South Wales.Ecologists at the University of Sydney estimated that 480 million mammals, birds…

Nearly half a billion animals are feared dead in the bushfires burning across Australia, including a third of the koala population in their main habitat in New South Wales.

Ecologists at the University of Sydney estimated that 480 million mammals, birds and reptiles died in the blazes that have swept the nation since September.

Heartbreaking footage of kangaroos fleeing has been captured in Monaro, NSW, as bushfires close in.

The estimated death toll included up to 8,000 koalas, according to the federal environment minister Sussan Ley, who said in an ABC Radio interview on Friday that up to 30 percent of the species in New South Wales may have been wiped out. The state’s mid-north coast is home to a significant portion of the nation’s koalas, with an estimated population of between 15,000 to 28,000.

Ley said that 30 percent of this key habitat was also destroyed.

“We’ll know more when the fires have calmed down and a proper assessment can be made,” she said. 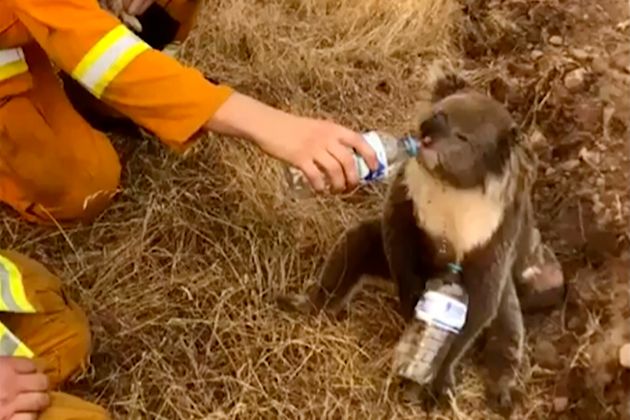 In December, the NSW state government held an urgent Senate hearing about the disaster’s effect on the koala population and habitat. Mark Graham, an ecologist with the Nature Conservation Council, told the inquiry that koalas have “no capacity to move fast enough” to escape from fast-moving fires that spread between trees.

“The fires have burnt so hot and so fast that there has been significant mortality of animals in the trees, but there is such a big area now that is still on fire and still burning that we will probably never find the bodies,” he said. 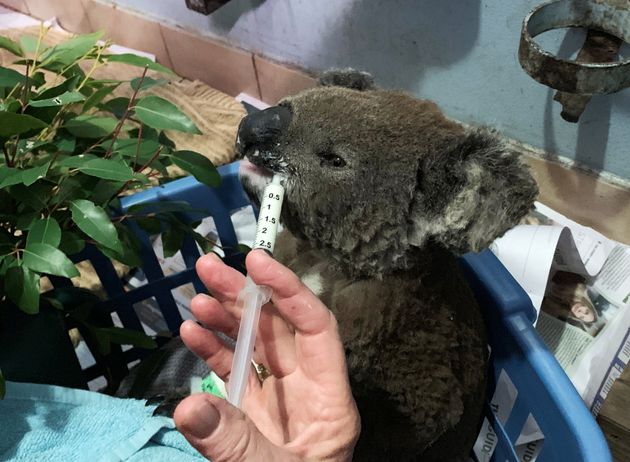 Ley said that other species, including the western ground parrot in Western Australia and Kangaroo Island dunnart (a small marsupial), were also affected.

“It doesn’t need to be fluffy and cute, it can be scaly and scratchy, and it’s just as important to me as environment minister but also to the Australian environment,” Ley said.

Laurence Goodheart, who defended his home in the fire-devastated town of Quaama in New South Wales, told the Australian Associated Press that he spotted many dead animals.

“We’ve got dead birds everywhere. They fell out of the sky,” he said.

The thermometer under the back verandah got to 48.9C today, not an official reading obviously, but it was enough to kill these sulphur crested cockatoos. I would like to hang them around Morrison’s neck, as well as a few of his mates. How good is wildlife dying of heat stress? pic.twitter.com/mR9yzKUVe7

Despite the destruction, the environment minister fell into rank with her party’s leader Prime Minister Scott Morrison, who refuses to back down on his government’s climate policy or reduce the nation’s lucrative and expanding coal industry.

“Climate change is a huge issue and we are playing our part,” she said. “We are meeting and beating our targets, it’s very important that we do that.”

Emergency-level fires have also torn through the states of South Australia, Victoria and Western Australia, and at least 10 people have been reported dead since Christmas. In New South Wales alone, 1,298 homes have been destroyed and over 100 fires continue to burn, the NSW Rural Fire Service confirmed Thursday.

The military was called in to assist thousands of stranded people on Victoria’s east coast after residents and tourists were forced to seek refuge on a beach or escape by boat into the ocean as a wildfire razed a nearby town on New Year’s Eve.