An investigation has been launched into the circumstances surrounding two fire trucks left immobilisede while battling an inferno on the NSW South Coast on New Year’s Eve being, nearly taking the lives of eight firefighters.

An investigation has been launched into the circumstances surrounding two fire trucks left immobilisede while battling an inferno on the NSW South Coast on New Year's Eve being, nearly taking the lives of eight firefighters.

A video allegedly captured from a third truck shows firefighters fleeing the scene after receiving a radio communication revealing a broken-down truck with firefighters had been left behind.

An officer can be heard telling the stranded crew that he will find somebody to "come back and help". 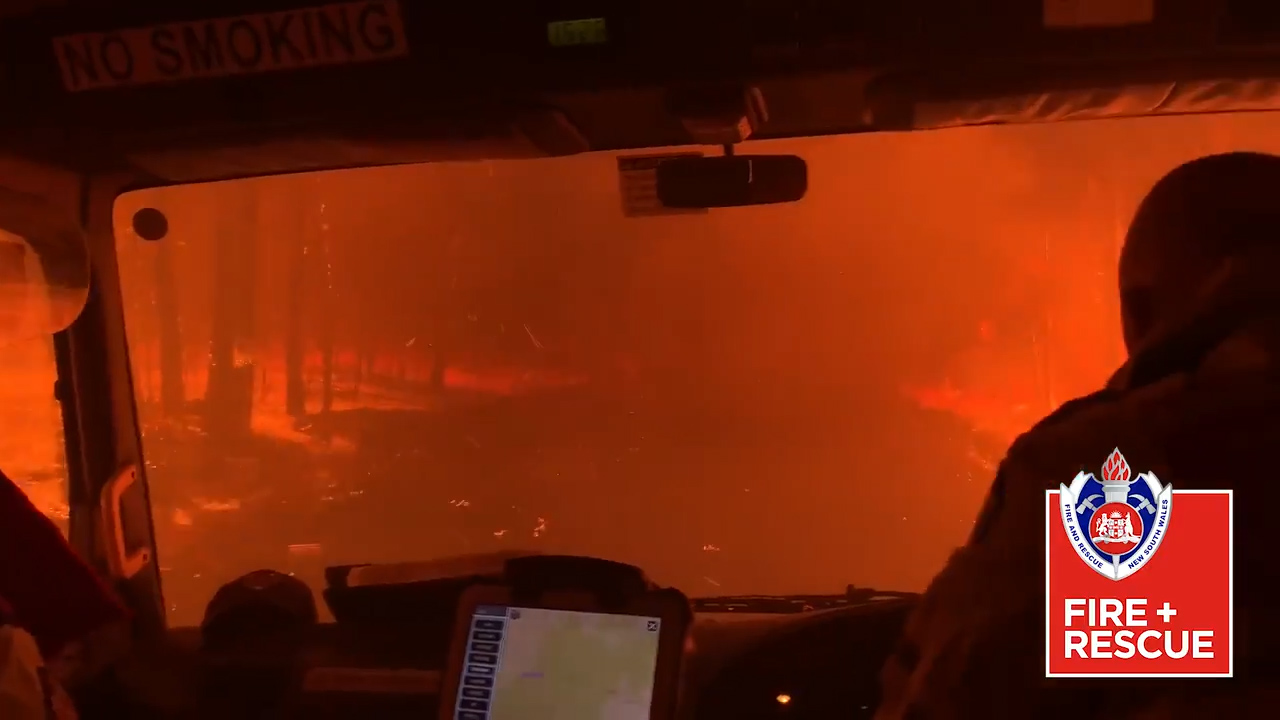 The six-minute video, released to The Sydney Morning Herald by an anonymous source, is believed to be the full and unedited version of a viral video showing the crew from Wyoming putting a blanket on the window of their truck as it was overrun by fire.

Three trucks made it to safety from the blazes southwest of Nowra, where there was fierce winds and temperatures well above 40 degrees.

The two remaining trucks, STP 48, and a second truck from Lawson, were immobilised because of heat affecting the brake and air mechanisms of the vehicles.

Fire engulfed STP 48, trapping its four crew members inside the vehicle as toxic fumes started to enter the cabin.

Captain Kayle Barton made the difficult decision to leave the vehicle with his crew to collect breathing apparatus carried on the side of the truck, which they used to find the second immobilised truck – all eight men then battled an ember storm and walked to safety.

"Those trucks were not equipped to withstand those conditions," he told The Herald.

A SafeWork NSW spokesperson said it was aware of the incident and was "making contact" with Fire and Rescue NSW.

"Due to the ongoing bushfire crisis and Fire and Rescue's continued efforts to support the community, we will commence preliminary investigations at a later stage," she said.