A man has been kicked out of Vermont Senator Bernie Sanders’ rally in Arizona after he unfurled a Nazi flag during the Democratic presidential candidate’s speech.

A man was kicked out of Vermont Sen Bernie Sanders' rally in Arizona after he unfurled a Nazi flag during the Democratic presidential candidate's speech.

The appearance of a Nazi flag at the Sanders campaign event Thursday night (local time) was widely denounced on social media, sparked outcry and prompted calls for security.

"We can argue about which candidate should get the Dem nomination, but antisemitic acts have no place in this world. This is absolutely abhorrent," Steven Slugocki, the chairman of the Maricopa County Democratic Party in Arizona, wrote on Twitter. 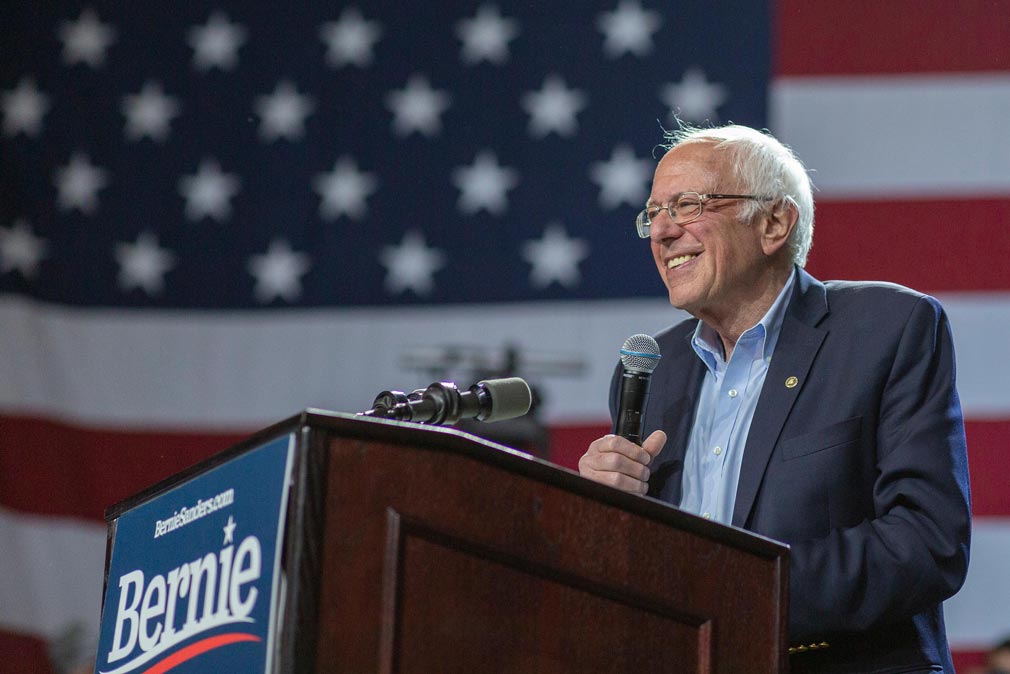 The individual who had hung a flag with a swastika on it was immediately booed by the crowd. Members of the audience ripped the flag from the individual's hand, and the individual was quickly removed by security.

In the moment, in response to the boos, Mr Sanders told the large crowd of his supporters that "whoever it was" that caused the disruption was "a little outnumbered tonight".

"And more importantly, they're going to be outnumbered in November," he added.

"He didn't see it, but he was told about it afterward and was disturbed," Mr Casca told CNN.

Mr Sanders addressed the flag incident on Friday, telling reporters, "I will simply say this, and I speak not only as a Jewish American, I think I can speak for the families of some 400,000 American troops who died fighting Nazism, fighting fascism".

"That is, it is horrific. It is beyond disgusting to see that in the United States of America. There are people who would show the emblem of Hitler and Nazism," he said.

READ:  Coronavirus In Australia: How To Cope With Back-To-School Anxiety

The American Jewish Committee tweeted Friday, "Nazi flags are symbols of pure hate and have no place anywhere in America, much less in a rally for a Jewish presidential candidate. We are grateful that those responsible were removed immediately".