Two NASA astronauts returned to Earth in a dramatic, retro-style splashdown, their capsule parachuting into the Gulf of Mexico to close out an unprecedented test flight by Elon Musk’s SpaceX company.

Two NASA astronauts returned to Earth in a dramatic, retro-style splashdown, their capsule parachuting into the Gulf of Mexico to close out an unprecedented test flight by Elon Musk's SpaceX company.

It was the first splashdown by US astronauts in 45 years, with the first commercially built and operated spacecraft to carry people to and from orbit. The return on Sunday (US time) clears the way for another SpaceX crew launch as early as next month and possible tourist flights next year.

Test pilots Doug Hurley and Bob Behnken rode the SpaceX Dragon capsule back to Earth less than a day after departing the International Space Station and two months after blasting off from Florida. The capsule parachuted into the calm gulf waters off the coast of Pensacola, hundreds of kilometres from Tropical Storm Isaias pounding Florida's Atlantic coast. 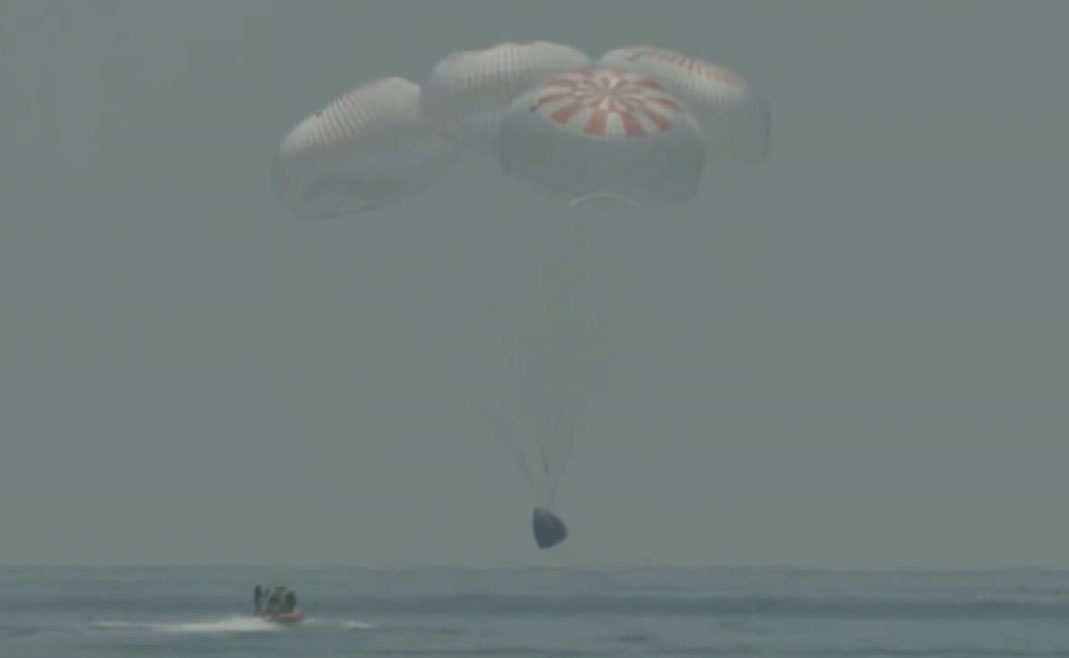 "Welcome back to planet Earth and thanks for flying SpaceX," the company's Mission Control said.

The astronauts' ride home in the capsule dubbed Endeavour was fast, bumpy and hot, at least on the outside.

The spacecraft went from a screaming orbital speed of 28,000km/h to 560km/h during atmospheric reentry, and finally to 24 km/h at splashdown. Peak heating during descent was 1900 degrees. The anticipated top G forces felt by the crew: four to five times the force of Earth's gravity.

A SpaceX recovery ship with more than 40 staff, including doctors and nurses, moved in following splashdown, with two smaller, faster boats leading the way. To keep the returning astronauts safe in the pandemic, the recovery crew quarantined for two weeks and were tested for the coronavirus.

SpaceX expected it to take a half-hour for the ship to arrive at the capsule and additional time to lift it out of the water onto the deck. The astronauts had plenty of seasick bags if needed while waiting in the bobbing capsule. A flight surgeon was going to be the first to look into the capsule, once the hatch swung open. After medical exams, the astronauts were expected to fly home to Houston for a reunion with their wives and sons.

The last time NASA astronauts returned from space to water was on July 24, 1975, in the Pacific, the scene of most splashdowns, to end a joint U.S.-Soviet mission known as Apollo-Soyuz. The Mercury and Gemini crews in the early to mid-1960s parachuted into the Atlantic, while most of the later Apollo capsules hit the Pacific. The lone Russian "splashdown" was in 1976 on a partially frozen lake amid a blizzard following an aborted mission; the harrowing recovery took hours. 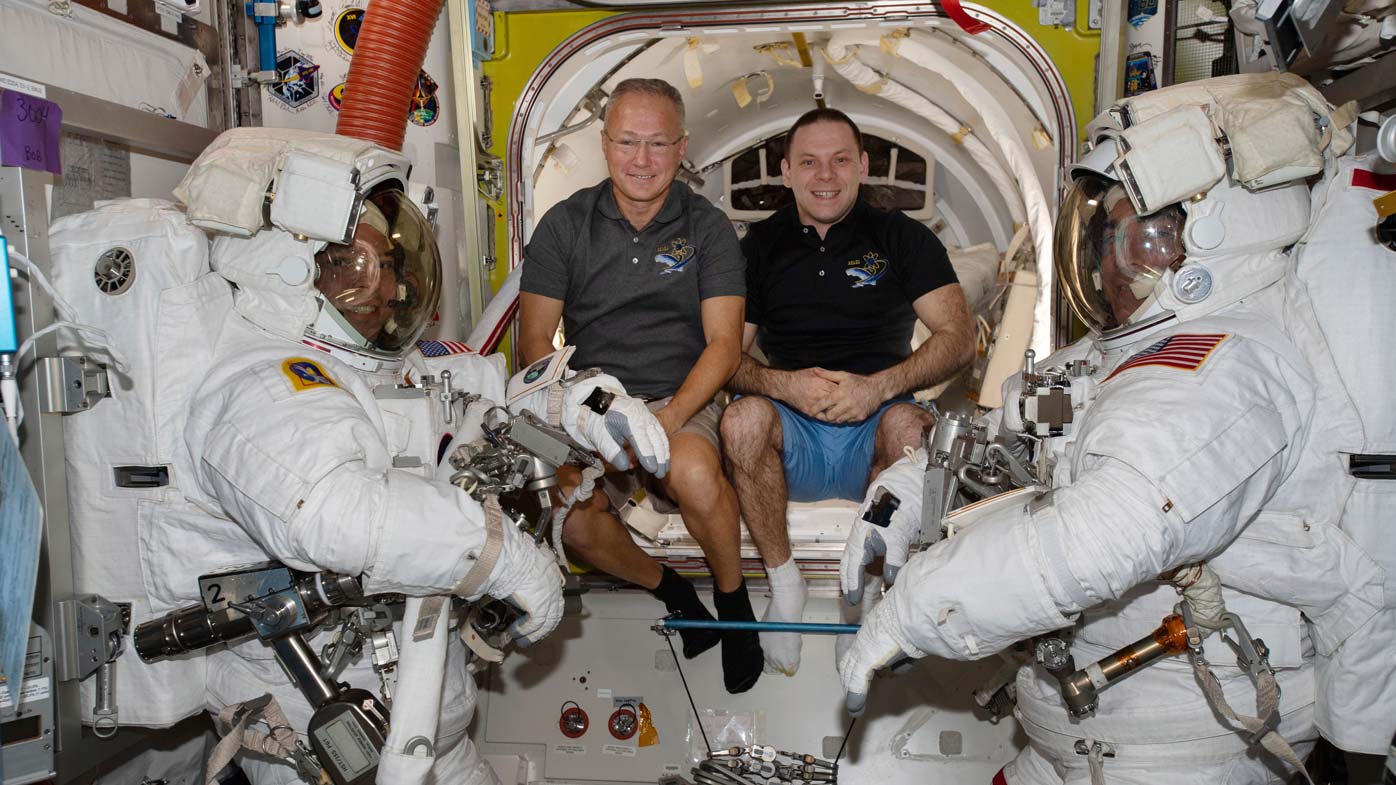 SpaceX made history with this mission, which launched May 30 from NASA's Kennedy Space Center. It was the first time a private company launched people into orbit and also the first launch of NASA astronauts from home turf in nearly a decade. Hurley came full circle, serving as pilot of NASA's last space shuttle flight in 2011 and the commander of this SpaceX flight.

Musk monitored the descent and splashdown from SpaceX Mission Control in Hawthorne, California.

NASA turned to SpaceX and also Boeing to build capsules and ferry astronauts to and from the space station, following the retirement of the shuttles. Until Hurley and Behnken rocketed into orbit, NASA astronauts relied on Russian rockets. SpaceX already had experience hauling cargo to the space station, bringing those capsules back to a Pacific splashdown.

READ:  How clubs are helping families save with free groceries 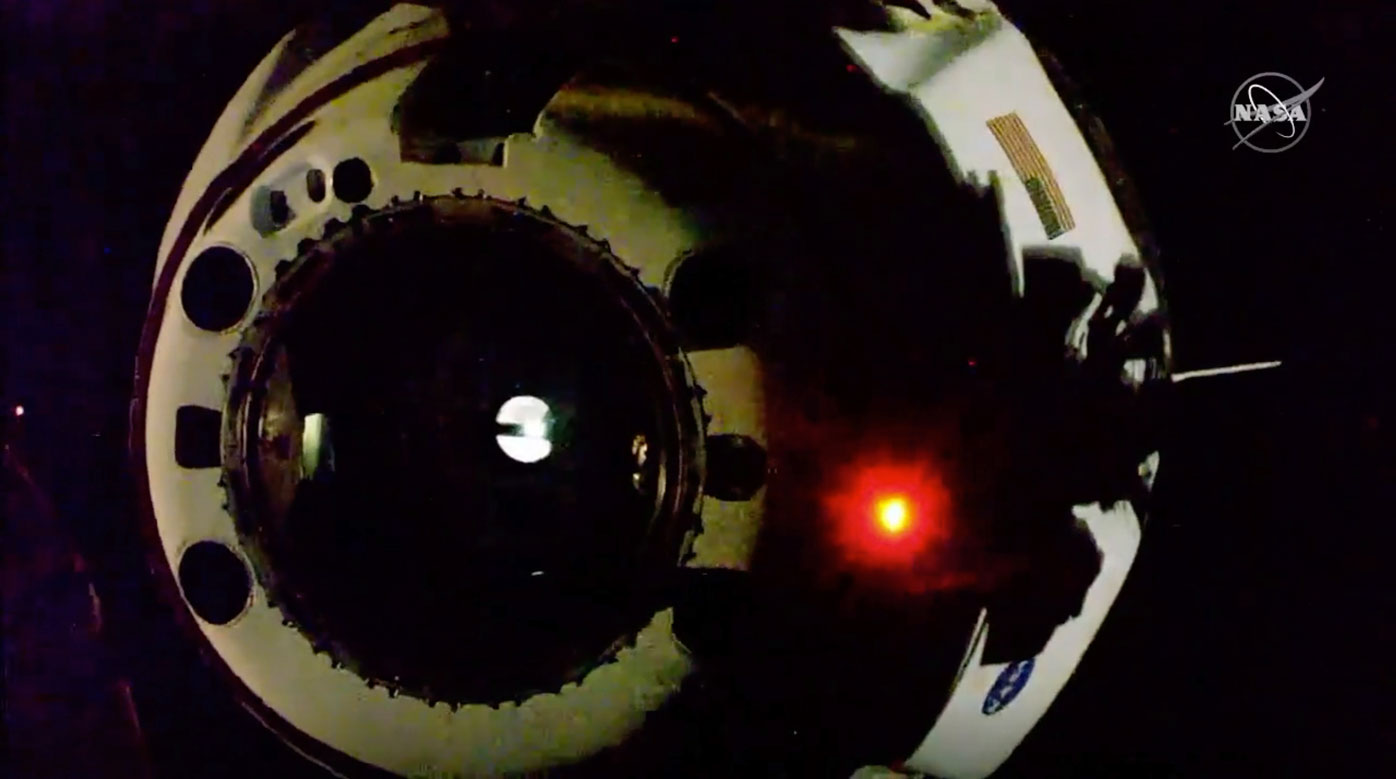 "This is the next era in human spaceflight where NASA gets to be the customer," NASA Administrator Jim Bridenstine said from Johnson Space Center in Houston shortly before the astronauts' return.

SpaceX needs six weeks to inspect the capsule before launching the next crew around the end of September. This next mission of four astronauts will spend a full six months aboard the space station. Hurley and Behnken's capsule will be refurbished for another flight next spring. A Houston company run by a former NASA official, meanwhile, has partnered with SpaceX to send three customers to the space station in fall 2021.

Boeing doesn't expect to launch its first crew until next year. The company encountered significant software problems in the debut of its Starliner capsule, with no one aboard, last year. Its capsules will touch down in the U.S. Southwest desert.

By beating Boeing, SpaceX laid claim to a small U.S. flag left at the space station by Hurley and the rest of the last shuttle crew. The flag — which also flew on the first shuttle flight — was carefully packed aboard the Dragon for the homecoming. 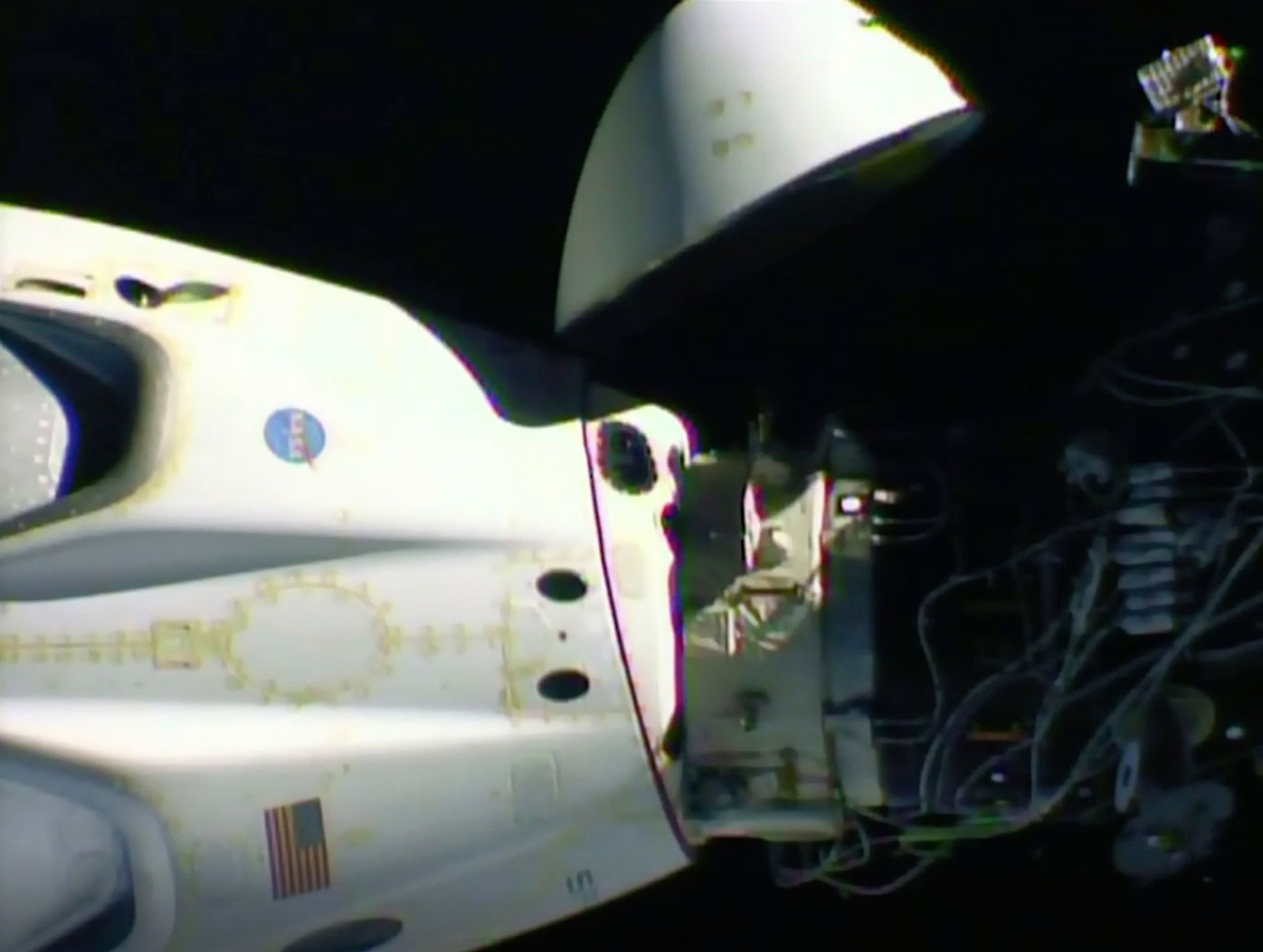 Also on board: a toy dinosaur named Tremor, sent into space by the astronauts' young sons.

The boys recorded a wake-up call for their fathers Sunday morning, urging them to "rise and shine" and "we can't wait to see you."

"Don't worry, you can sleep in tomorrow," said Behnken's 6-year-old son Theo, who was promised a puppy after the flight. "Hurry home so we can go get my dog."