The first time I heard myself say out loud why I wasn’t sure that I wanted to have children was six months ago when I was 31 years old. I was at a work-related conference and I found myself talking to a complete stranger about my sister passing d… 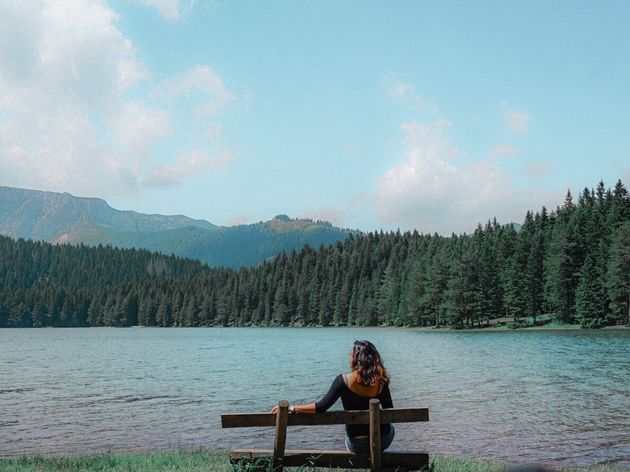 The first time I heard myself say out loud why I wasn’t sure that I wanted to have children was six months ago when I was 31 years old. I was at a work-related conference and I found myself talking to a complete stranger about my sister passing during the fifth month of her pregnancy. I was telling this stranger things I hadn’t yet mustered up the courage to talk about with my own husband, who cannot wait to have children, or with my closest friends, some of whom I’ve known since I was a teenager.

I’m not the kind of person who usually goes about spilling details of my personal life in professional settings. If anything, as a lifelong introvert, I can take years to open up to someone. But she was incredibly easy to talk to, a woman and mother who understood and did not judge me for how I was feeling.

My 29-year-old sister and her husband had been trying to get pregnant for a couple of years. She’d been warned of the risks by her doctors, who knew she had dealt with chronic kidney disease since she was a child. After a lifetime of fighting the disease with medication and treatments, and battling through relapses, she’d been advised not to attempt to bear a child because of the increased risk to her own life and the likelihood of a miscarriage if she did manage to conceive.

But she was an optimist with infinite faith in a higher power. The same power that had led her to survive as long as she did, get married and live a happy life as a primary school teacher. When someone asked her if she had any children yet, she’d smile and reply, “I have a lot of children,” referring to her students who adored her. Though she was happy, that wasn’t enough. She wanted to have a child of her own. It was frustrating to me that I didn’t get a say in this decision.

After a lifetime of fighting the disease with medication and treatments ... she’d been advised not to attempt to bear a child because of the increased risk to her own life.

I was 17 years old when she and her husband decided they wanted to try for a baby. While my mother urged her to consider the potential consequences, she remained adamant. A year later, we lost our mother unexpectedly to cardiac arrest. I withdrew into a shell and she was always around to take care of me, cooking my favorite dishes, taking me shopping or out for a cup of hot chocolate on a rainy day.

After three years, her wish came true, and my big sister was pregnant. Even as doctors warned her repeatedly of the risks of severe renal impairment, she was optimistic, at least at first. After three months, the signs were not good. She had become weaker, her old symptoms began to resurface and doctors upped the dosage of her medication. She even tried ayurveda and met with religious gurus promising a miracle.

READ:  Are you eligible for COVID-19 testing?

As her belly began to swell and her health started to deteriorate, she stopped teaching and stayed home. It saddened me to see her unable to do what she loved doing.

Then, one afternoon during the fifth month of her pregnancy, her mother-in-law called me. “Your sister needs you,” she said. Over the next two weeks, I spent many nights at the hospital where she was admitted. The days were a blur of disappointment and fear as her kidneys grew weaker and her condition worsened, confusion as doctors and nurses came and went, and desperation as we waited and prayed.

I’ll never know why my sister was adamant about having kids even though she was told it could cost her life.

Then her suffering ended. I was at university when I got the call. An infection had accelerated the renal failure, and neither she nor the baby survived. For months, I was in a daze of sadness, anger and confusion.

A decade has gone by and I’ll never know why my sister was adamant about having kids even though she was told it could cost her life. But I always wonder if it was society’s obsession with motherhood that made my sister feel like she had to have a child despite what doctors told her. I fear I lost my sister to this idea that women’s lives are incomplete until they’ve been through childbirth. Until they’ve become mothers.

Why does society tell us that having children and being mothers is what completes a woman’s life? Why don’t more people think about what they’re implying when they ask, “So when will you have children?” As if having children meant crossing over the finish line of some race I hadn’t known I’d signed up for.

I suppose it isn’t an uncommon question to ask women who are in the same phase of life as I am ― over 30, married for more than five years and settled careerwise. It seems like my relatives and friends are just waiting and watching. But for me, the question immediately opens the door to a flood of memories I’m still not prepared to deal with. A door I had managed to firmly shut over the last decade as I was earning my master’s degree, transitioning to a career in travel media and getting married to my best friend and love of my life. A door I had managed to keep shut until I turned 30, older than my big sister ever had the chance to be.

Why don’t more people think about what they’re implying when they ask, ‘So when will you have children?’ As if having children meant crossing over the finish line of some race I hadn’t known I’d signed up for.

When people ask if I have siblings, I don’t mention her. Sometimes I feel guilty ― an entire lifetime, once precious, is now being forgotten. But sad stories make people uncomfortable and are not pleasant conversation topics. Some of my close friends today seem to have forgotten I once had a sister while others, I suspect, don’t know that I’m not an only child, let alone the circumstances.

While it took a lot of work, I’ve let go of the anger. Time brings both healing and perspective, and I now have the maturity to respect her choice ― one that she fully had the right to make for her life. I’m not bitter about the idea of motherhood; I’m just not sure it’s right for me.

I’ve never been overly fond of children. It’s not that I dislike them; I love my cousins’ children and my friends’ children and think they’re adorable. But I’m just not the person any of them would call to babysit their kids. I don’t naturally have a nurturing, patient, motherly temperament. With not a clue about what to say to these little humans, I’m somewhat awkward around young children, at least at first.

It’s impossible for me to separate how much of my ambivalence comes from my own temperament ... and how much from what happened to her and how I blame society’s beliefs and conditioning.

Then there’s my career as a travel writer, a passion that drove me to quit my comfortable job in finance and give up steady paychecks. It’s hard for me to imagine giving up the freedom to pack a bag and hit the road solo for weeks or months anytime I want.

I’d be lying if I said I wanted kids before I lost my sister. I was only 21. Now it’s impossible for me to separate how much of my ambivalence comes from my own temperament and lack of motherly instinct so far, and how much from what happened to her and how I blame society’s beliefs and conditioning ― the same beliefs that might have cost me my sister. I cannot accept that my life is any less meaningful should I choose not to have children. And if I do decide to become a mother, I want to be sure it’s for the right reasons.

Maybe we become the sum of our tragedies. And maybe we should talk about them more often, more openly. How else can we drive home the point that the presumptions implicit in the question “When will you have children?” are flawed. That so many thoughts, memories, fears and anxieties can arise in a woman’s mind before she is able to smile politely and say whatever she must to move on.

As for me, I am still healing and I don’t know how long it will take. In the meanwhile, I really could do without having my wounds prodded open by other people, the burden of whose expectations I refuse to shoulder. A better question to ask me about my life would be “Are you happy?” Then I’d tell them that I’m married to a wonderful man, have a moderately successful career, travel around the world, and most importantly, feel the most complete I’ve ever felt. I’d say, “Yes, I’m happy,” and hopefully, that would be enough.