Three people have been arrested in connection with the shooting deaths of three Florida men who’d set out to go fishing.

Three people have been arrested in connection with the shooting deaths of three Florida men who'd set out to go fishing -- killings authorities say came shortly after the suspects encountered one of the victims at a store.

Tony "TJ" Wiggins, 26, has been arrested on suspicion of shooting and killing the three men near a lake in the central Florida community of Frostproof on Friday night, Polk County Sheriff Grady Judd said.

Wiggins' girlfriend, Mary Whittemore, 27, and his brother, William "Robert" Wiggins, 21, have been arrested on charges of accessory after the fact of a capital felony. 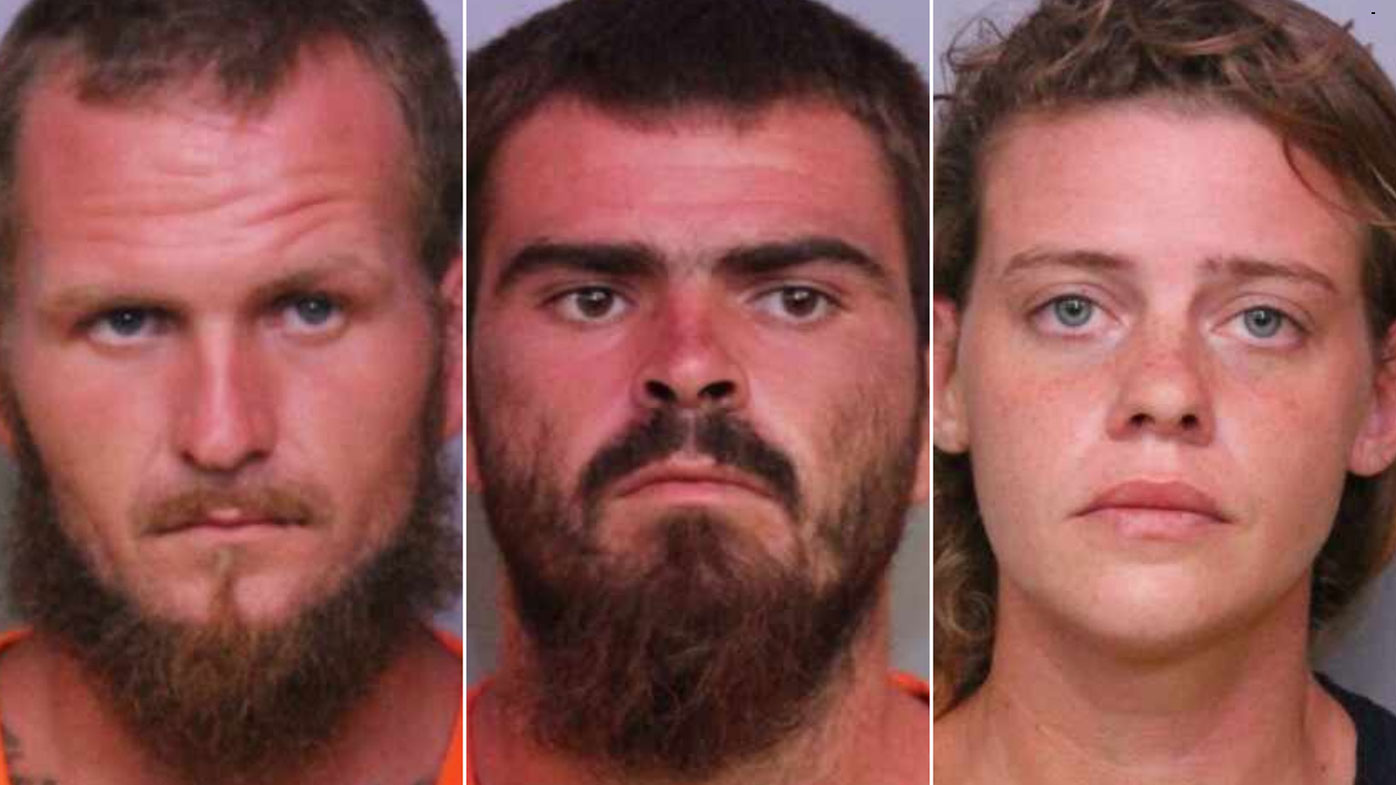 The arrests were announced five days after the killings of three friends -- Damion Tillman, 23, Keven Springfield, 30, and Brandon Rollins, 27 -- the latter of whom called his father and said "help" before his death, Judd said.

The three victims were planning to fish on Friday night, but a truck carrying the suspects followed them, and TJ Wiggins eventually got out and shot them in a rural area of Frostproof, east of Tampa, Judd said.

"When we found these people ... massacred ... we thought, my goodness, what could have happened there. Now we know," Judd told reporters Wednesday.

Details about whether the three suspects had attorneys weren't immediately available.

Surveillance video showed the suspects in the store and the clerk told investigators the suspects heard Tillman say he was going fishing along with one of the three victims, according to the sheriff's office. 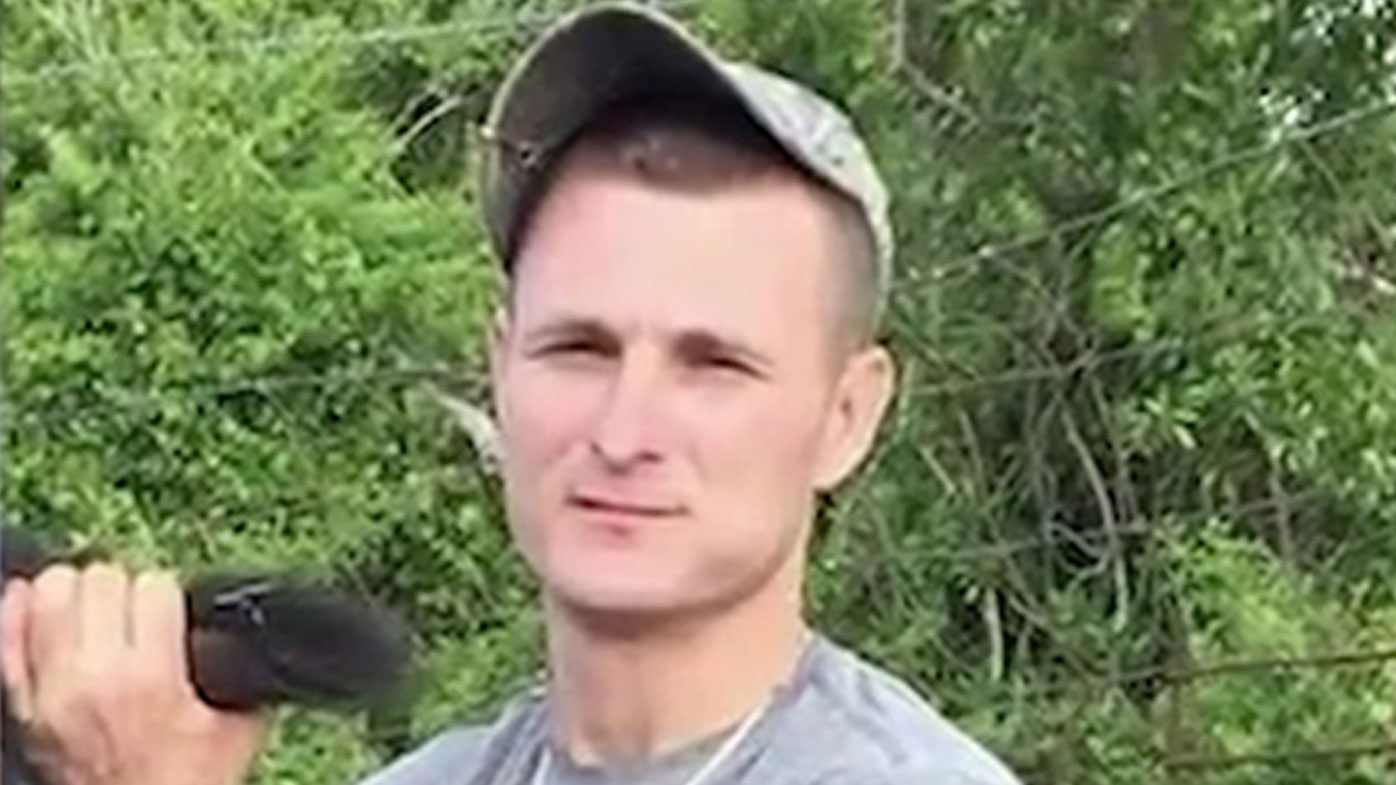 On Monday, detectives searched a plot of land where TJ Wiggins, a convicted felon, and Whittemore lived in a travel trailer in Lake Wales, Florida, authorities said.

Because investigators found two SKS 7.62 mm rifles, two shotguns and ammunition in a safe belonging to TJ Wiggins, he was arrested Monday initially on a charge of possession of a firearm by a convicted felon, the sheriff's office said.

Detectives questioned the three suspects. Eventually, Robert Wiggins told investigators that he had seen Tillman at the Dollar General store Friday night while standing in line with his brother, the sheriff's office said.

Later, while Robert Wiggins was driving a truck with his brother and Whittemore as passengers, TJ Wiggins directed him to turn onto a particular road instead of going home, the younger brother allegedly told police.

Then two trucks carrying the three eventual victims passed by, and TJ Wiggins told his brother to "make a U-turn and follow the trucks," the sheriff's office said. 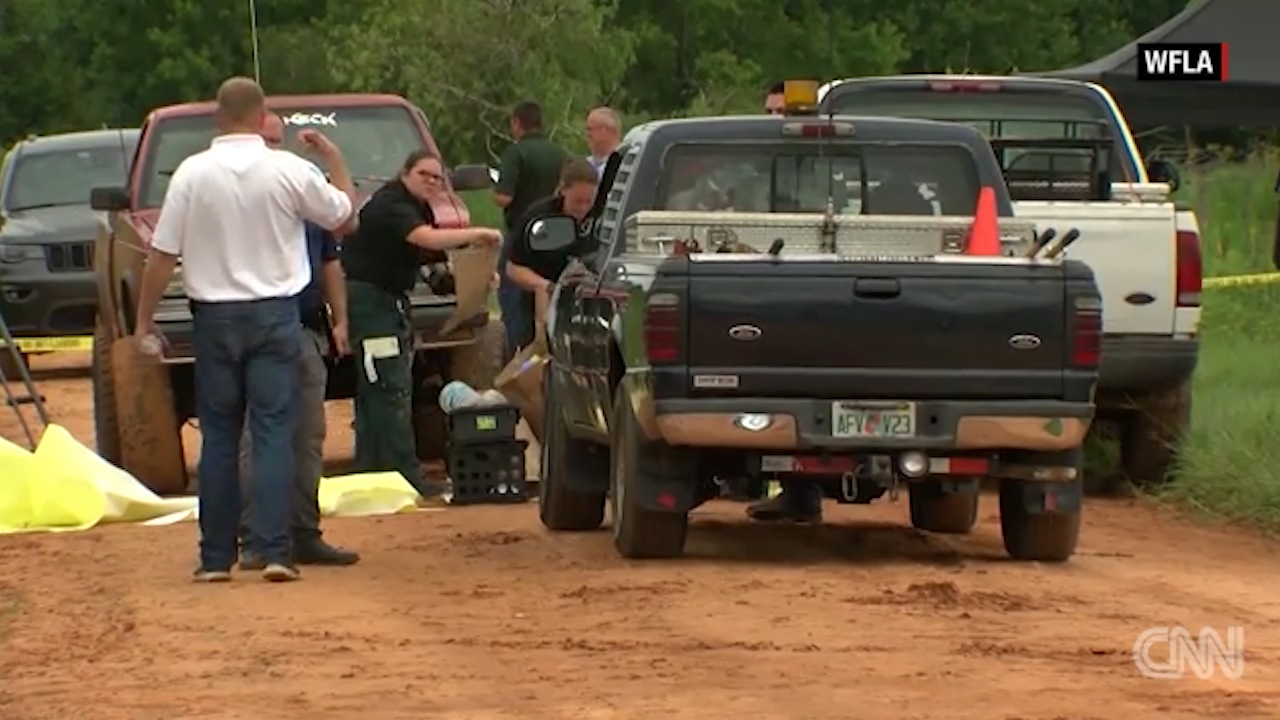 After following the victims to a certain road, "Robert stayed in the truck with Whittemore, while TJ got out and confronted" one of the men, punching him and accusing him of stealing his truck, the sheriff's office said, citing the younger brother.

TJ Wiggins screamed at the other two men, who had exited their truck, the sheriff's office said, citing Robert Wiggins.

"Robert told detectives he watched as TJ shot all three victims. TJ then asked Robert to help him put (one of the victims) into the back of one of the trucks," the sheriff's office said.

"The only information we have is TJ is allegedly mad over some kind of truck deal that happened some period of time ago. We've not had an opportunity to ... dig into that," the sheriff said.

After the killings, the suspects drove to a McDonald's fast-food restaurant, where they ordered 10 double cheeseburgers and two chicken sandwiches, and went home to eat, the sheriff's office said. The next morning, Robert Wiggins took his truck to a car wash and cleaned it, according to the sheriff's office. 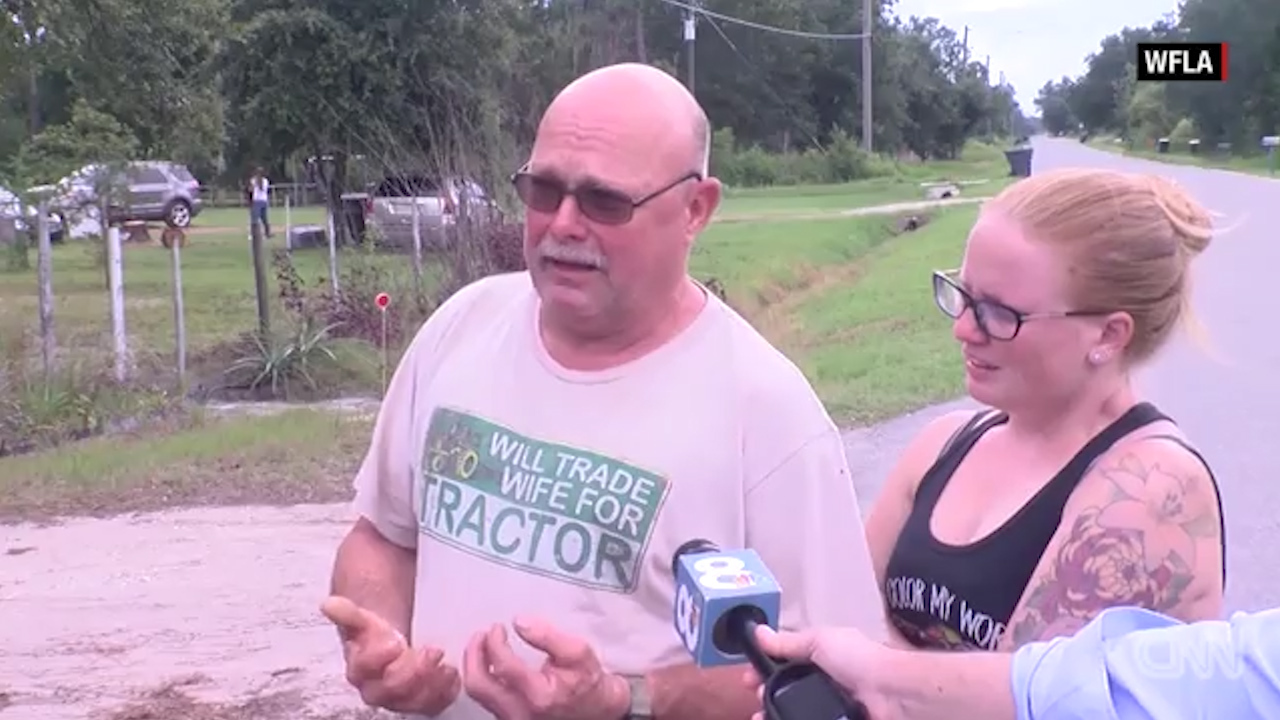 According to the sheriff's office, TJ Wiggins' criminal history includes prior felony convictions. He has served two prison sentences in Florida for charges of burglary and grand theft, according to Florida prison records.

Besides the accessory charge, Robert Wiggins is charged with tampering with evidence, authorities said.

The suspects are schedule to have their first appearance in court at 1 p.m. on Thursday.

Authorities had announced a US$30,000 reward for information leading to the arrests of the killer or killers. 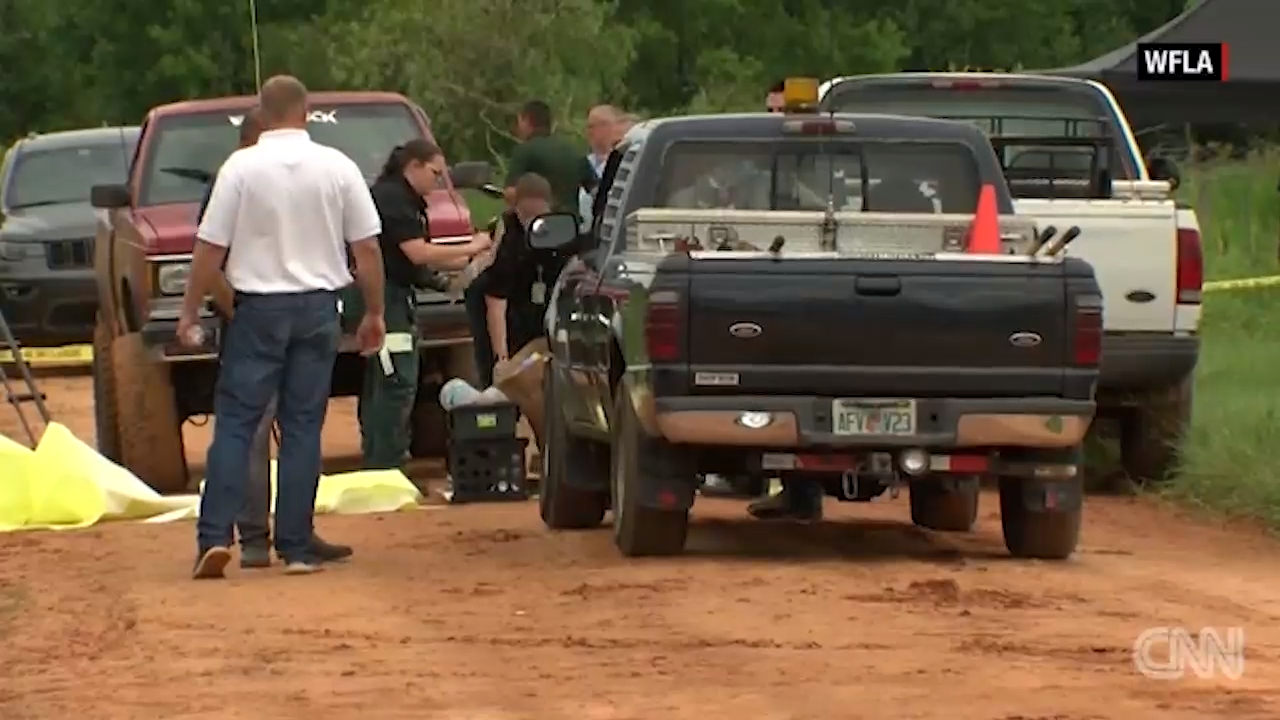