At least five people have died after shots were fired at the Pakistan Stock Exchange in Karachi, according to rescue officials on Monday.

Militants attacked the stock exchange in the Pakistani city of Karachi on Monday, killing at least three people — two guards and a policeman, according to police. Special police forces deployed to the scene of the attack and in a swift operation secured the building, killing all four gunmen.

There were no reports of any wounded among the brokers and employees inside the exchange and a separatist militant group from a neighboring province later claimed responsibility for the attack.

The attackers were armed with grenades and automatic rifles, police said. They launched the attack by opening fire at the entrance gate of the Pakistan Stock Exchange in the southern port city, the country's financial center.

Heavily armed special forces quickly surrounded the building located in the heart of Karachi's financial district, where the Pakistan State Bank is located, as well as the headquarters of several national and international financial institutions. 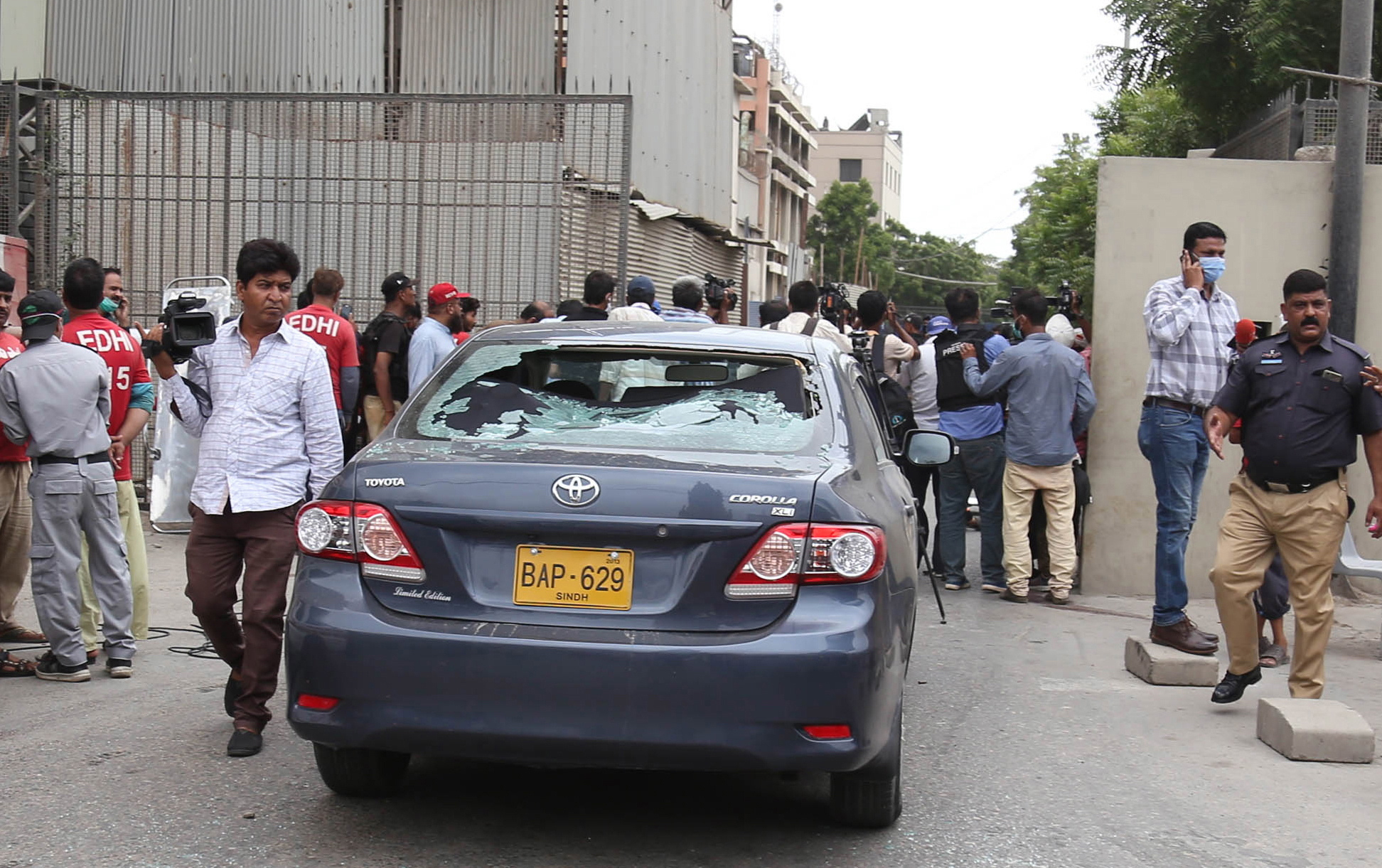 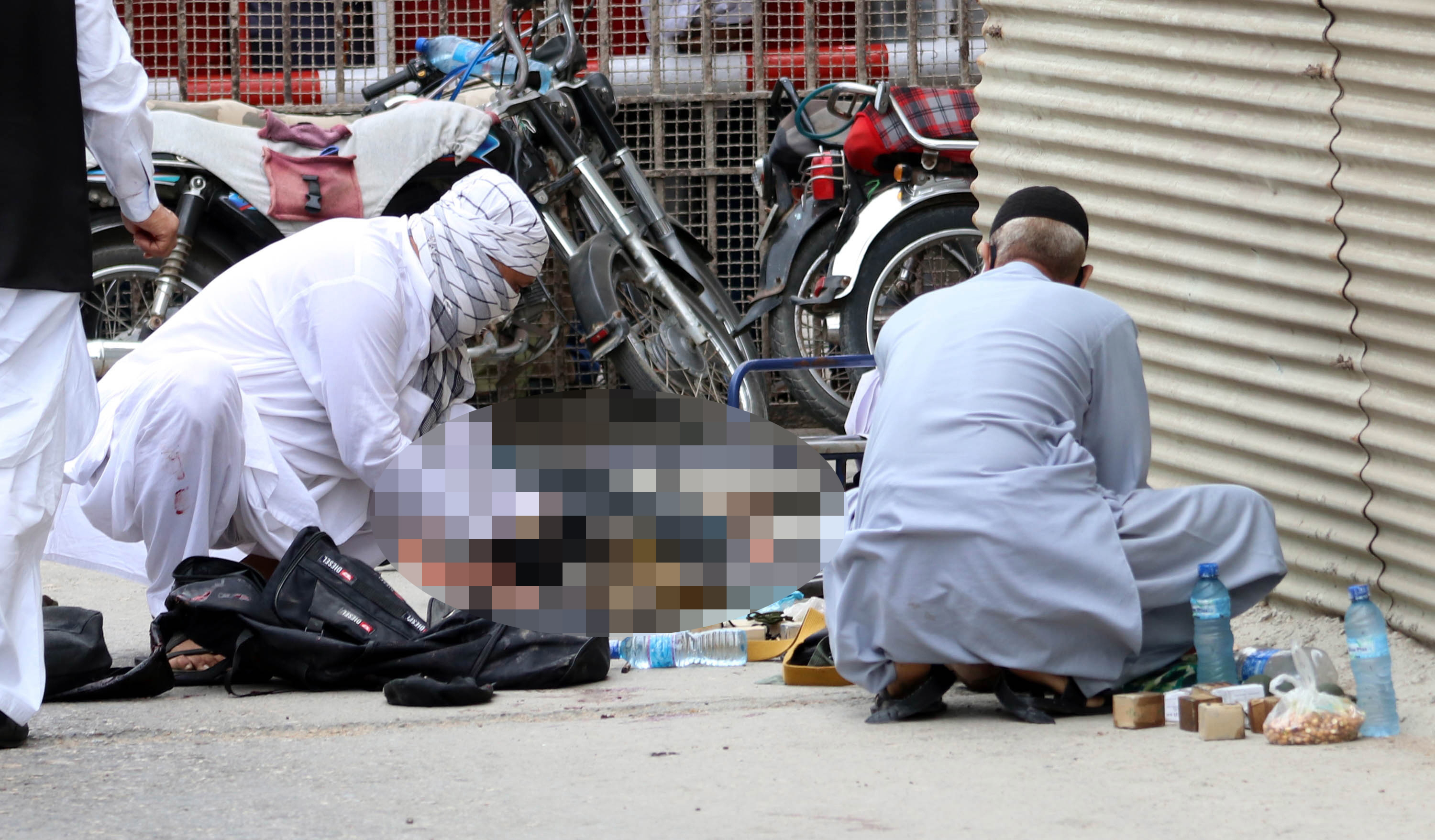 Local television stations broadcast images of police in full body armor surrounding the building but still staying outside the high-walled compound of the stock exchange.

Rizwan Ahmend, a police official at the scene, said that after opening fire, the gunmen entered the stock exchange grounds. He said that after the attack was over, food supplies were found on the bodies of the gunmen, indicating they may have planned a long siege, which police quickly thwarted.

Inside the stock exchange, broker Yaqub Memon told The Associated Press that he and others were huddled inside their offices while the attack was underway. As the firing ended and the gunmen were killed, police gathered all the employees and brokers in a single room while security forces went floor by floor to ensure that no explosives had been left behind, he said.

Shazia Jehan, a police spokesman, said the bomb disposal team was also called to the stock exchange to clear the building of any explosive devises. 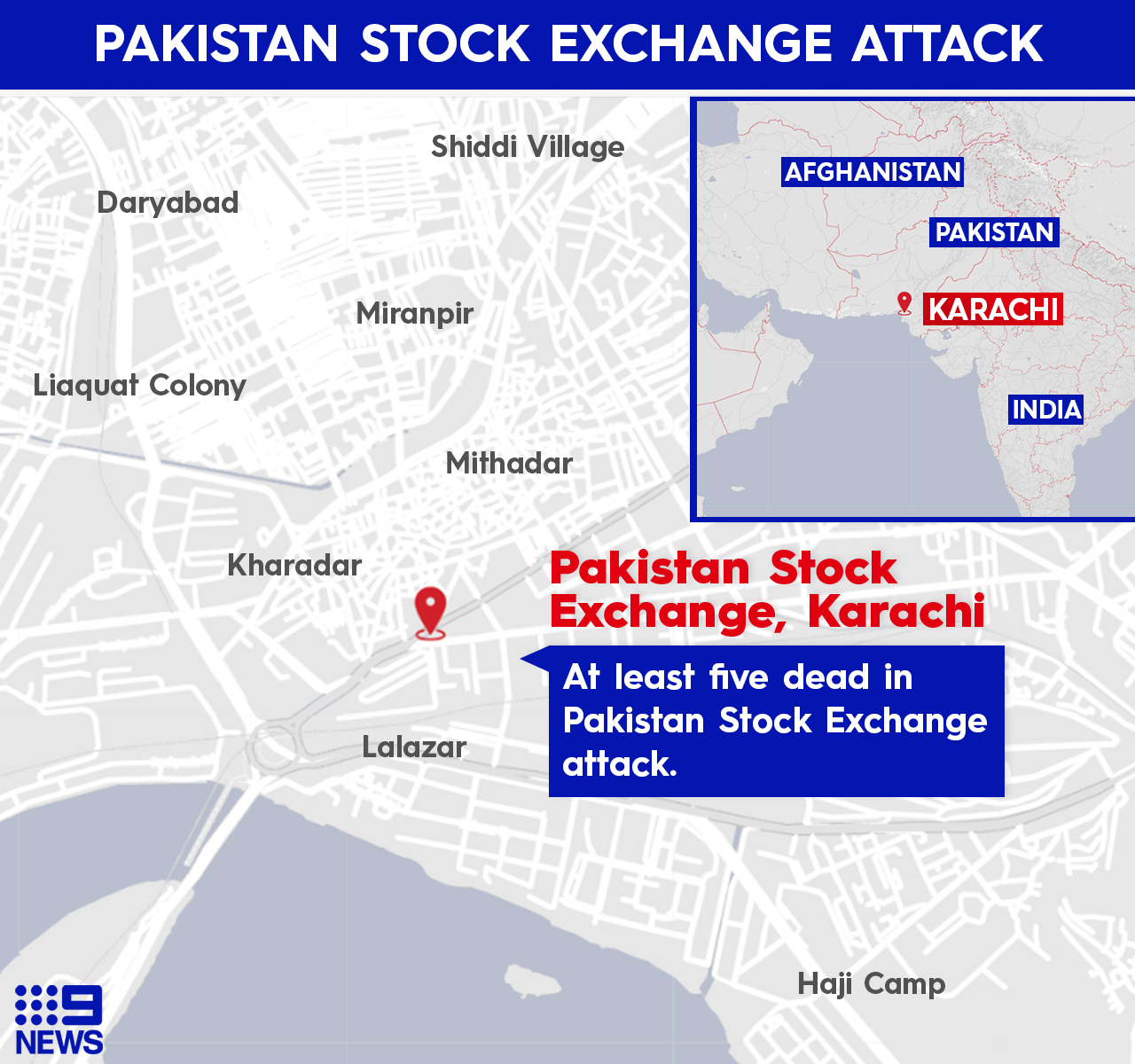 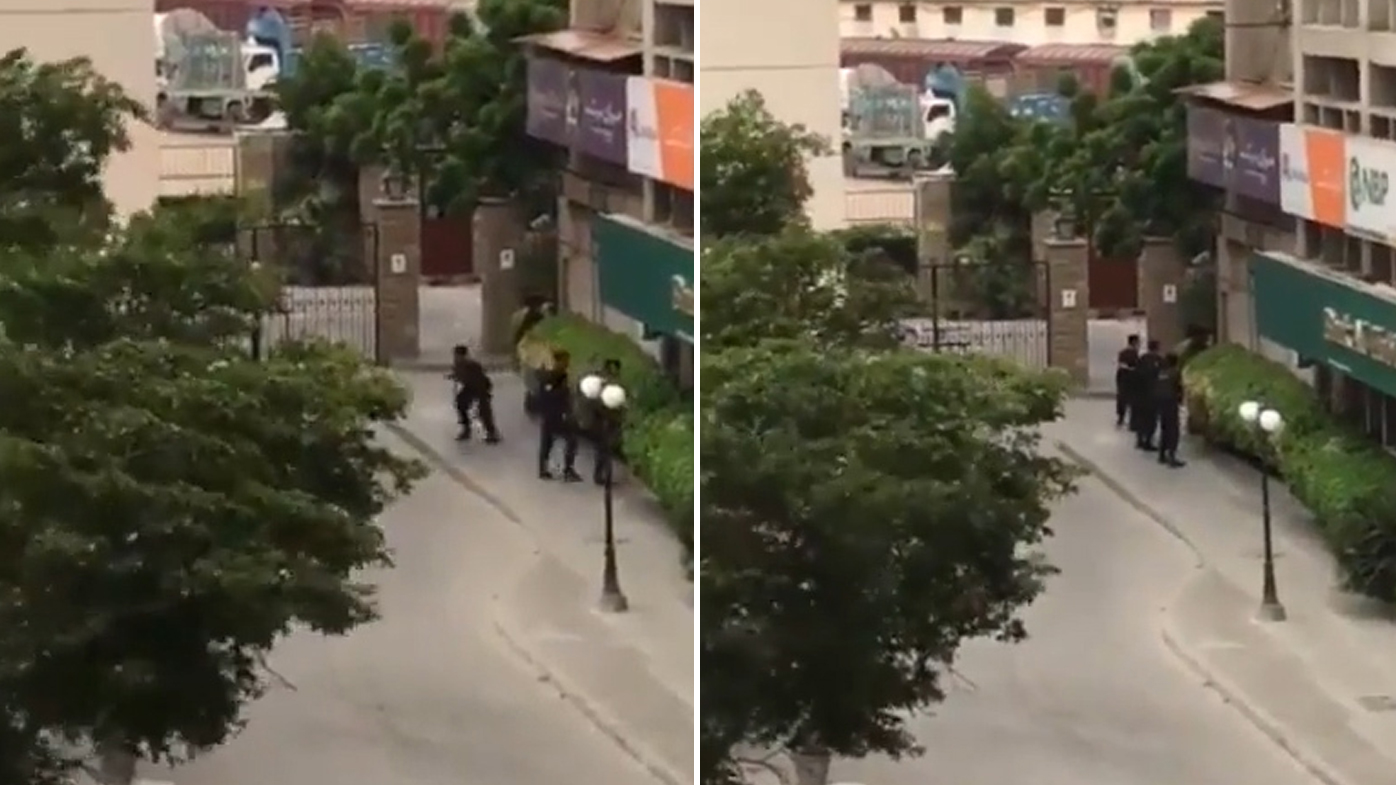 Later, the Baluchistan Liberation Army, claimed responsibility for the attack. The group has been waging an urgency for years, demanding independence for Pakistan's gas-rich southwestern Baluchistan province, which borders the southern Sindh province, where Karachi is the provincial capital.

The group also circulated to the media a photograph of four men in full body armor and camouflage outfits, saying they were the militants who attacked the stock exchange.

The Karachi stock exchange is Pakistan's largest and oldest stock exchange, incorporated today with the exchanges in Islamabad and Lahore.

The Baluchistan Liberation Army, which Pakistan says has found safe across the border in Afghanistan, has carried out a series of attacks in Karachi in recent years, including an attack on the Chinese Consulate in November 2018 that killed two people.

The Arabian Sea port of Gwadar is located in Baluchistan, and is part of China's multi-billion dollar one-road project linking south and Central Asia to China. The Baluchistan militant group has opposed the one-road project including a highway connecting the Gwadar port to the Chinese border.