The distressed owner a much loved pet dog went who missing while aboard the Spirit of Tasmania says not knowing what happened to her “best friend” is killing her.

The woman desperately searching for her pet dog after it escaped from a kennel while travelling to Melbourne on the Spirit of Tasmania says the unknown is destroying her.

"Not knowing if she's dead or alive is killing me. Please help," she said in an emotional Facebook post.

Holly Alexander checked on Ester, her Doberman and Rottweiler cross, twice to make sure the kennel door was shut while travelling on the ship. 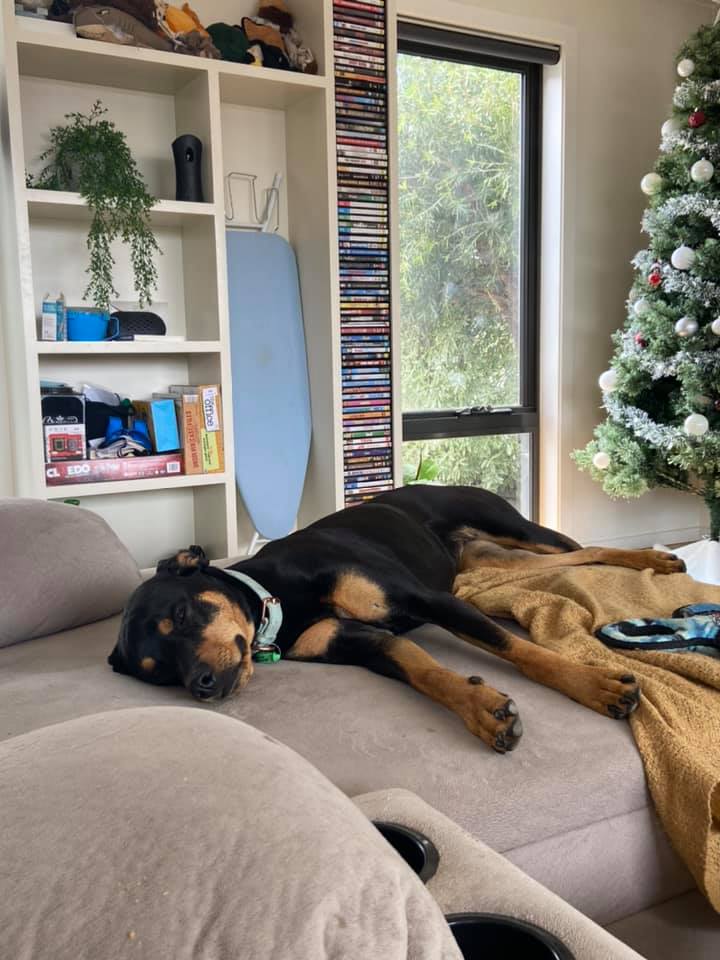 Ms Alexander was woken by security guards telling her Ester had ran off.

"I was woken up at midnight to one of the security guards telling me that she had escaped and that had been trying to get her but had no luck," her Facebook post reads.

"They would only let me look for an hour and I waited in the bar as they kept looking.

"They couldn't find her, they didn't raise any alarms when they were trying to get people to disembark or check their cars as they seemed to think that she might have jumped in the utes or trailers.

"I was there up until midday refusing to leave as they said she just vanished."

The distressed owner said ship staff checked the cameras but footage was limited and there were none facing the kennels.

Ms Alexander told 3AW no announcement was made as people left the Spirit of Tasmania and is pleading with anyone on the ship to check their cars.

"I'm just wondering if anyone was on the Spirit on the 25th and 26th and they have a dog with them, if they could check it into the pound so I can get my dog back," she said.

Ms Alexander said she and her "best friend" were moving to Tweed Heads and she needed her back.

"Spirit of Tasmania is working closely with the owner and supporting her efforts to locate Ester," it said.