A Queensland LNP MP has resigned from the shadow ministry after he was fined for what he says was a driveway catch-up with neighbours.

A Queensland MP has resigned from the LNP's shadow ministry after he and two police officers were fined for breaching coronavirus restrictions.

Toowoomba North MP Trevor Watts and the sergeant and senior constable were each fined $1334 over a weekend street gathering in breach of social distancing rules. 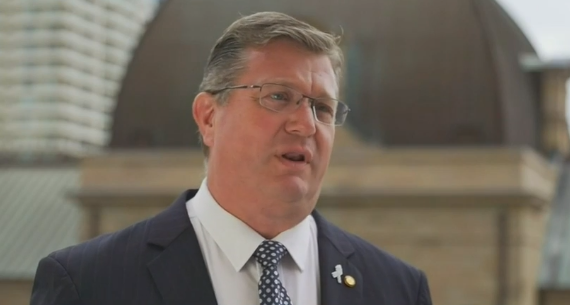 "I expect the highest standards from my team, especially my Shadow Ministers," Ms Frecklington said in a statement yesterday.

Mr Watts said he had been catching up with his neighbours on their respective driveways on Sunday afternoon and did not think he was in breach at the time.

"My actions demonstrated a momentary lack of judgement and I regret them deeply," he said in a statement.

Queensland Police said the two police officers had been fined for failing to comply with a COVID-19 direction.

"Police will allege the off-duty officers were among a number of people who failed to comply with the social-distancing rules by attending an outdoor gathering in an East Toowoomba street on Sunday afternoon," they said in a statement yesterday.

Police are working to identify 12 other people believed to have been involved in the gathering.