A second Victoria Police officer has been suspended over the alleged leaking of photos of former North Melbourne AFL coach Dean Laidley.

A second Victoria Police officer has been suspended over the alleged leaking of photos of former North Melbourne AFL coach Dean Laidley.

The Professional Standards Command today suspended the male senior constable in relation to photos circulating of Laidley while he was in custody at a police station in the southern-metropolitan region.

Mr Laidley was photographed wearing a long blonde wig and a dress after his arrest outside a home in St Kilda on Saturday night. 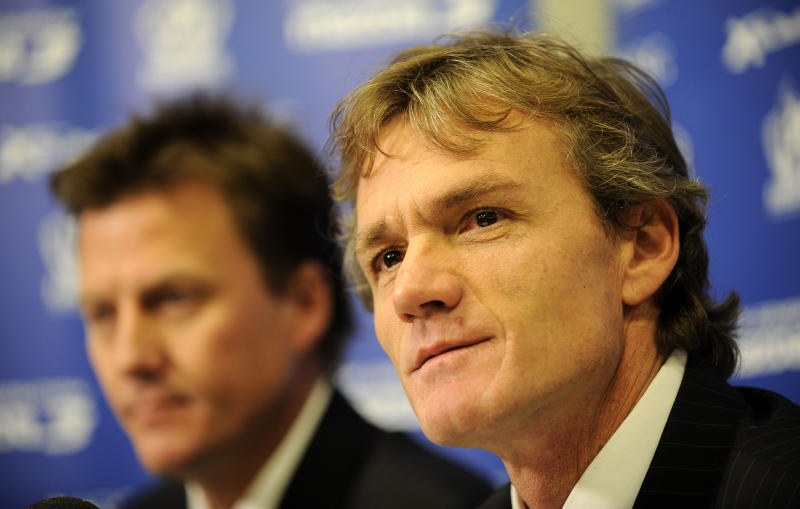 Another Victorian police officer accused of leaking photos of the ex-North Melbourne coach could face maximum penalties of two years in prison or $40,000 in fines.

Six other police officers who were sent the photos by the senior constable via WhatsApp could also face charges if it's found they shared them further.

Photos of the 53-year-old in the station's interview room, as well as his mug shot were posted on social media on Sunday.

Deputy Police Commissioner Shane Patton described the dissemination of the pictures as "appalling" and "unlawful".

"The conduct should not have occurred by the officer. [It's] totally unacceptable, totally appalling conduct," he said. 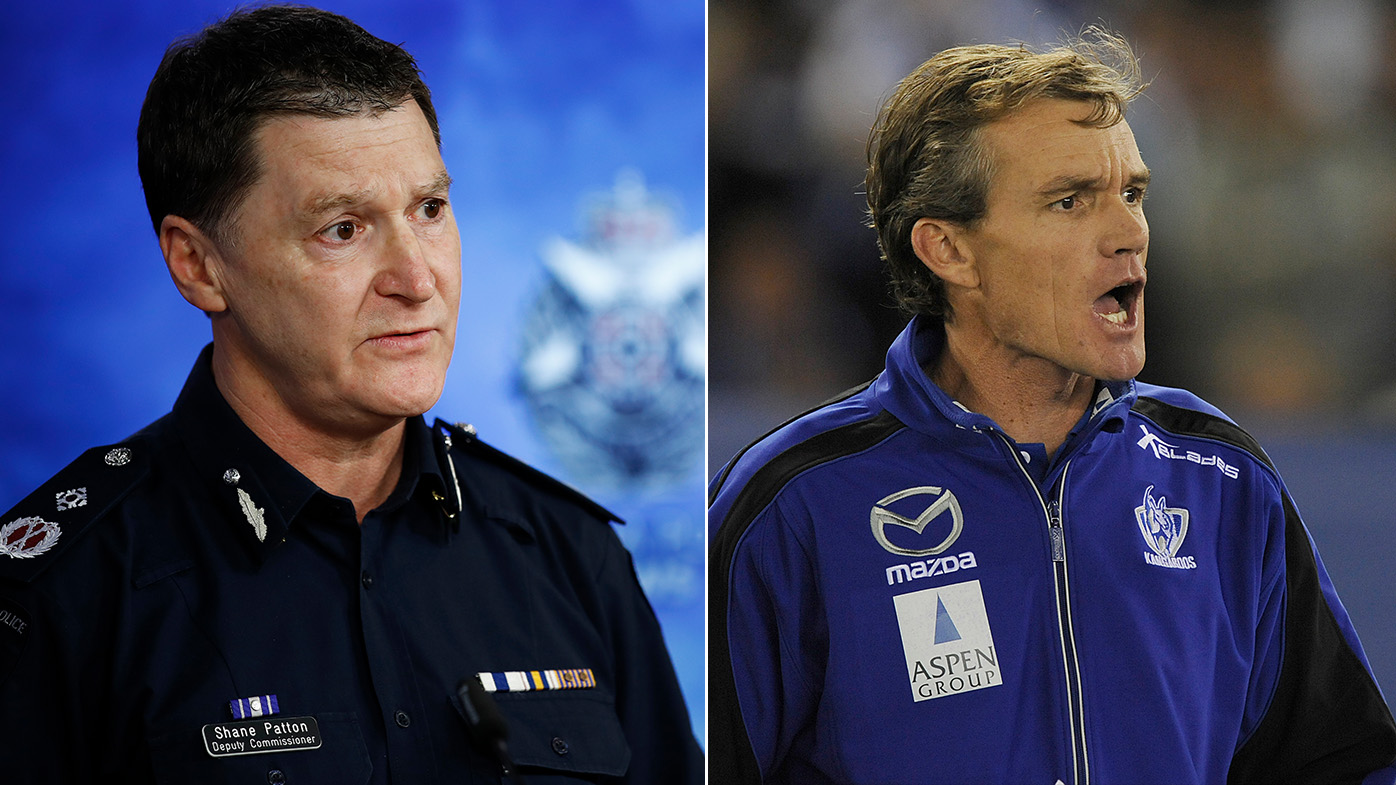 The former AFL player and coach faced Melbourne Magistrates Court on Sunday and will remain in custody until May 11 after not applying for bail.

Mr Laidley's mother says she is "absolutely devastated" her son is facing a string of criminal offences following his arrest on Saturday night.

Carmel Friberg told the West Australian she was "gobsmacked" to learn of her son's charges, which included stalking.

Ms Friberg last saw her son over Christmas in Perth, but assumed he was "okay" when she spoke to him last week.

"I asked him to come over for a couple of weeks to have a bit of a break but he didn't have any leave left," she told the West Australian.

"He was his very normal self at Christmas.

"I'm just absolutely devastated because it's just not him, it's not him at all."

Ms Friberg said Mr Laidley was suffering an injury but was "fine".

She backed her son, insisting the family were "still behind him".

"He's still got the backing and the love of his family." 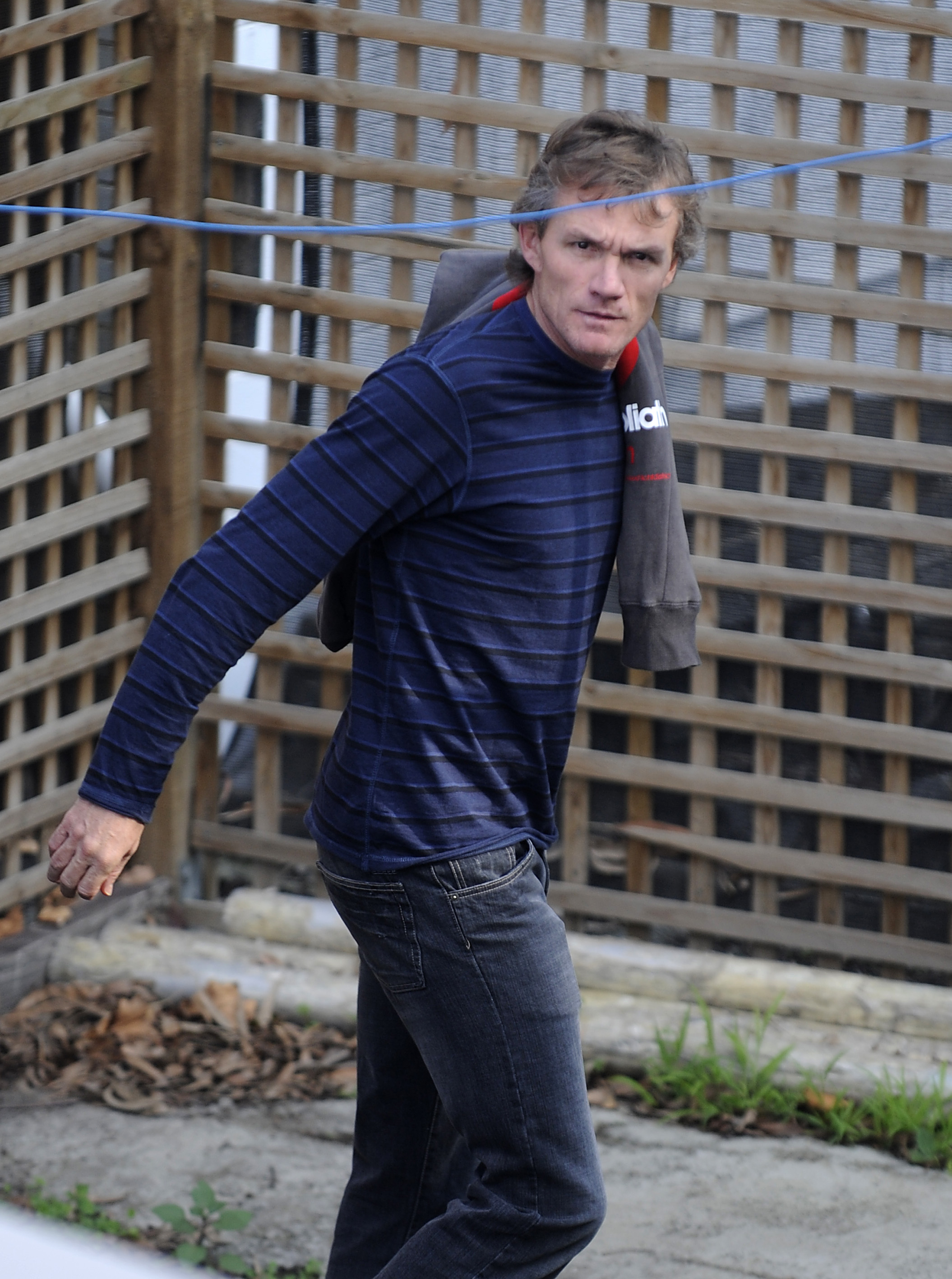 He played 99 games at Arden St, including the 1996 premiership before he succeeded Denis Pagan as North Melbourne coach in 2003. In 149 games, he led them to the finals three times before resigning during the 2009 season.

He then had assistant coaching roles at three AFL clubs until 2015 and is currently coach of Melbourne suburban club Maribyrnong Park.