That’s the premise of Joust, a home loan marketplace set up by a couple of ex-bankers that can help you refinance or find a new mortgage.

Interest rates will remain on hold when the Reserve Bank board meets tomorrow but that hasn't stopped mortgage holders putting their home loan on the market to secure a better deal.

A live auction for your mortgage with the big banks and small online lenders bidding for your business.

That's the premise of Joust, a home loan marketplace set up by a couple of ex-bankers that can help you refinance or find a new mortgage in as little as a day. 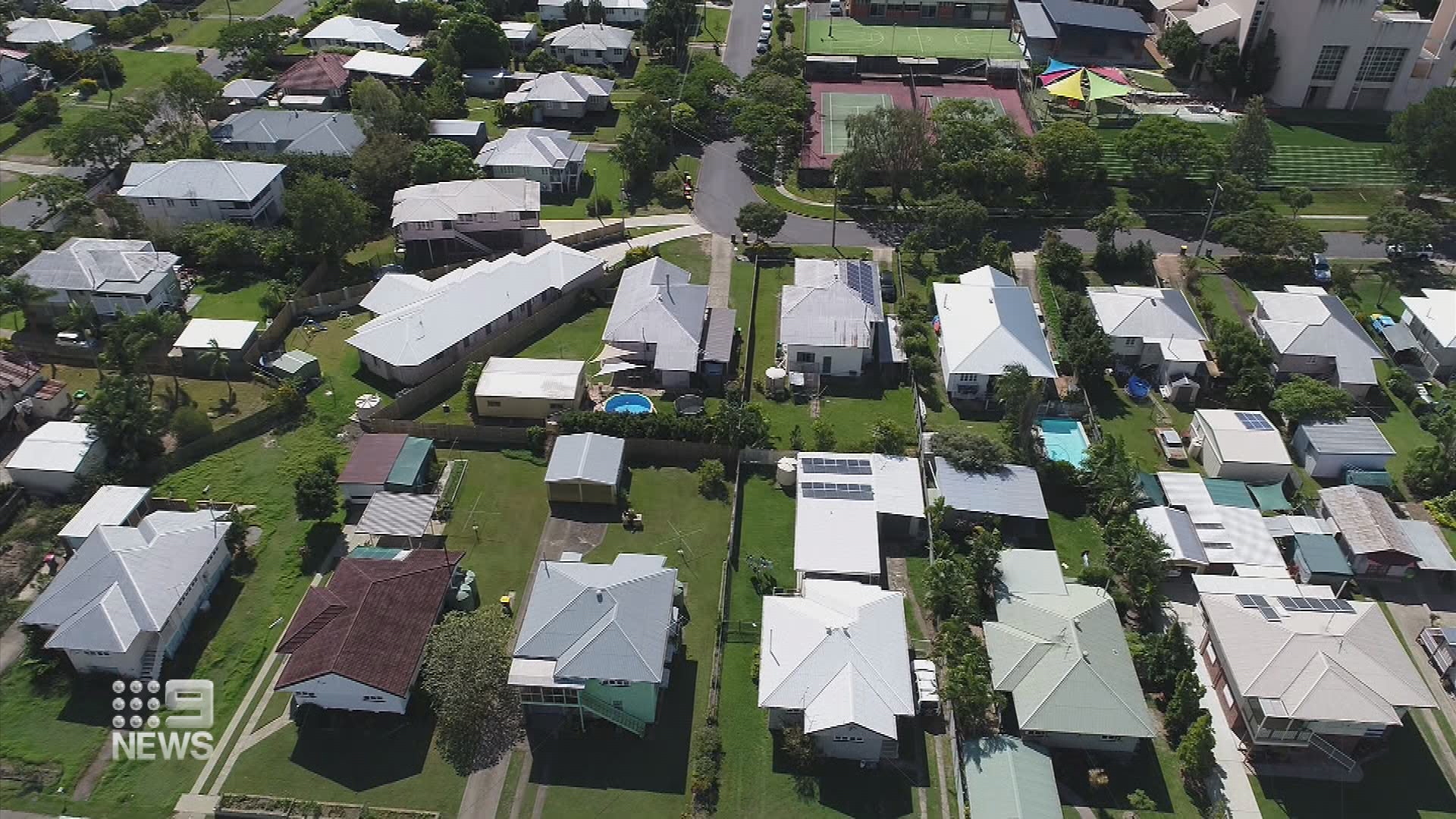 Eighty per cent of all lenders are on the site from the big four to smaller players you've likely never heard of.

You plug in the property's address, how much you want to borrow, your income and some other details. Your name remains secret until you select the winning bid.

You can set the auction to one day, two days or three days and watch as the bids come in, each lender trying to outdo the one before it.

At the end of the auction, there is no obligation to proceed, but chances are you would have secured a deal better than you could have found yourself and without all the hassle.

Joust has been around for a few years but in the last 12-18 months has reinvigorated its platform, offering live auctions as well as a home loan "matchmaking service", just as we're seeing record levels of refinancing. 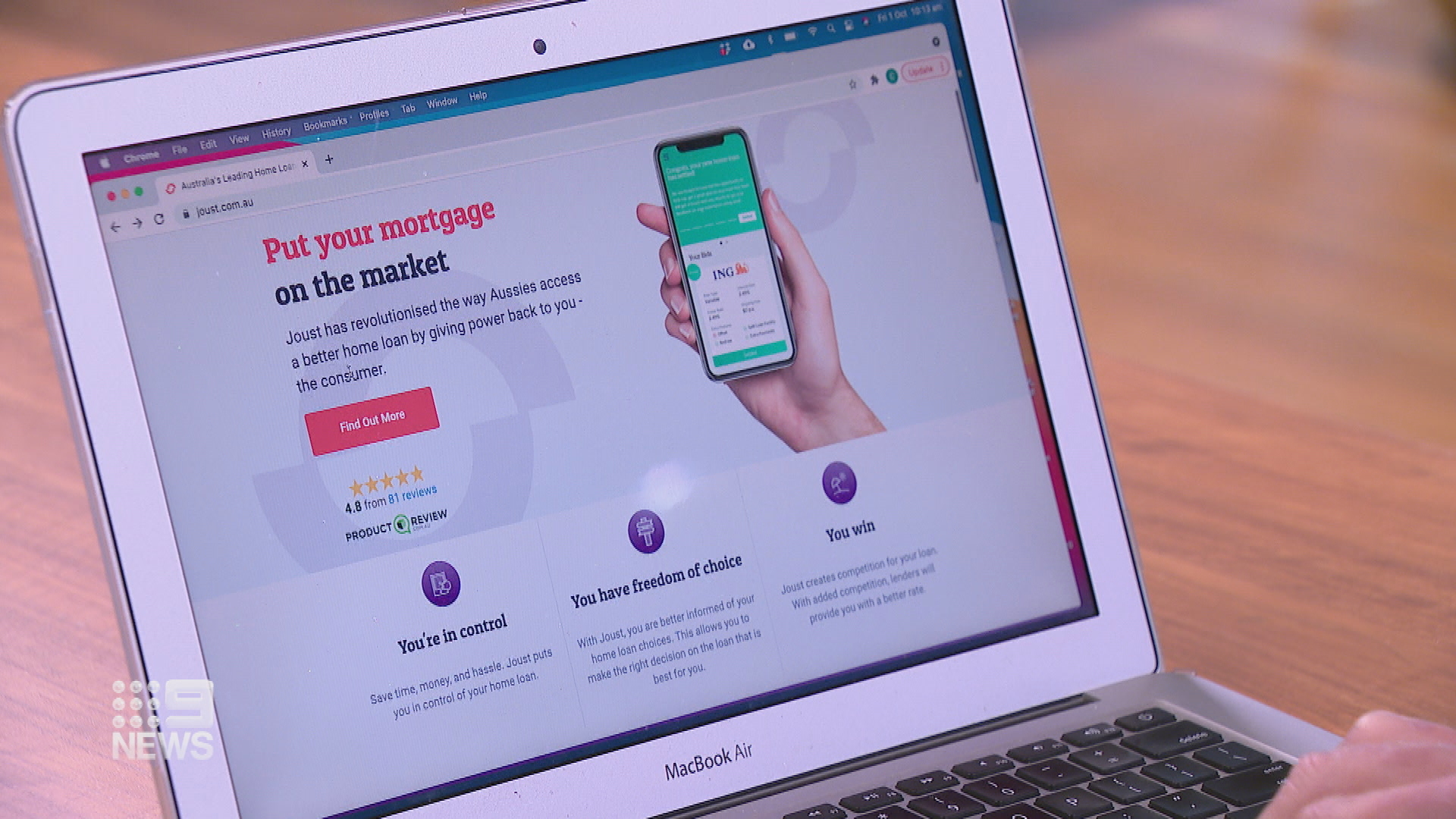 A total of $17.22 billion in mortgages were refinanced in July, according to the ABS Lending Indicators, an increase of $978 million or 6 per cent from the previous month, in seasonally-adjusted terms.

Banks have hiked up their four- and five-year fixed terms but the market remains super competitive with low interest rates, an increase in the average Sydney mortgage of $200,000 in the past two years, and homeowners looking to save.

"It's fast, it's simple and it's highly effective for people to get a sharper rate than they're currently on," he said.

"It really puts the power back in the hands of the consumer."

On contact and on settlement, Joust is paid a commission by the lender, similar to how a mortgage broker operates.

Most of their customers are refinancers. 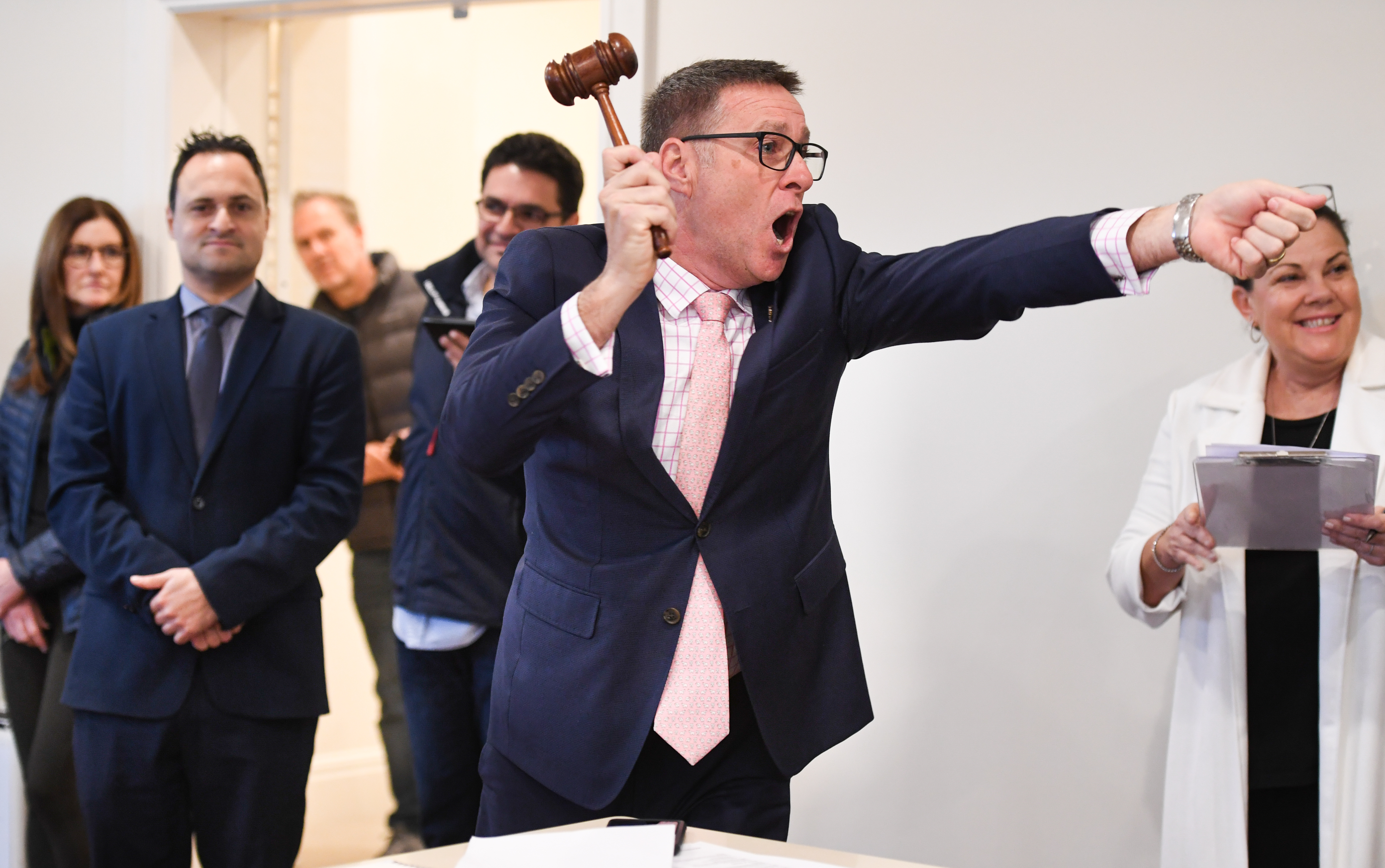 "If you've been with your lender more than a couple of years, there's a very good chance you're paying a loyalty tax."

Mr Hammerschmidt said on average, refinancers are saving $3500 a year on their repayments which is big money over the life of the loan.

For Wayne Taylor, the process saved his house.

He was approaching 64, coming out of a separation and few lenders were willing to hand over the cash.

"I actually saved my house. In the long term I consolidated any other debts that I had… it allowed me to pay off my partner and I still ended up with a loan less than what I originally had and I paid it off in half the time," the now 65-year-old said.

"When you're that age, they're not that keen on lending you money long term for a house."

"Being inherently lazy, I decided I'd get people to come to me," she said.

"I ended up with someone I'd never heard of before… I would never have found them on my own."

Ms Holt said refinancing through the live auction process saved her $150-$200 in repayments a fortnight and enabled her to buy a unit for her parents to live in.