Head and neck surgeons say more women are being diagnosed with mouth cancer and research is underway to help unravel what’s fuelling the alarming trend.

Head and neck surgeons say more women are being diagnosed with mouth cancer and research is underway to help unravel what's fuelling the alarming trend.

But surgeons here and overseas have identified a rise in the number of women being diagnosed with cases increasing about 5 per cent each year. Those women are not presenting with traditional risk factors and their diagnosis usually "comes out of the blue".

"A lot of research at the moment at our institutions is being done to try and identify exactly what is happening and why," Dr Palme said.

"She was 18 she presented with an ulcer at the right side of her tongue which was initially thought to be a benign traumatic ulcer and she ended up having a stage three tongue cancer," he said.

"We are commonly seeing women between the ages of 20 and 40 present to our clinics, pretty well on a weekly basis," he said.

According to the Australian Institute of Health and Welfare, more than 5,000 Australians are diagnosed with head and neck cancers each year.

Doctors at Chris O'Brien Lifehouse are now routinely using innovative approaches to remove and rebuild a patient's jaw to help cure their cancer.

Tara Flannery, aged 49, was diagnosed with squamous cell cancer in her gum and doctors said removing the entire top jaw would give her the best chance of a cure.

READ:  Joe Exotic 'will likely die in prison' if not pardoned, attorneys say

On its own, the surgery would cause significant cosmetic deformities and would make eating, swallowing and speaking extremely difficult. 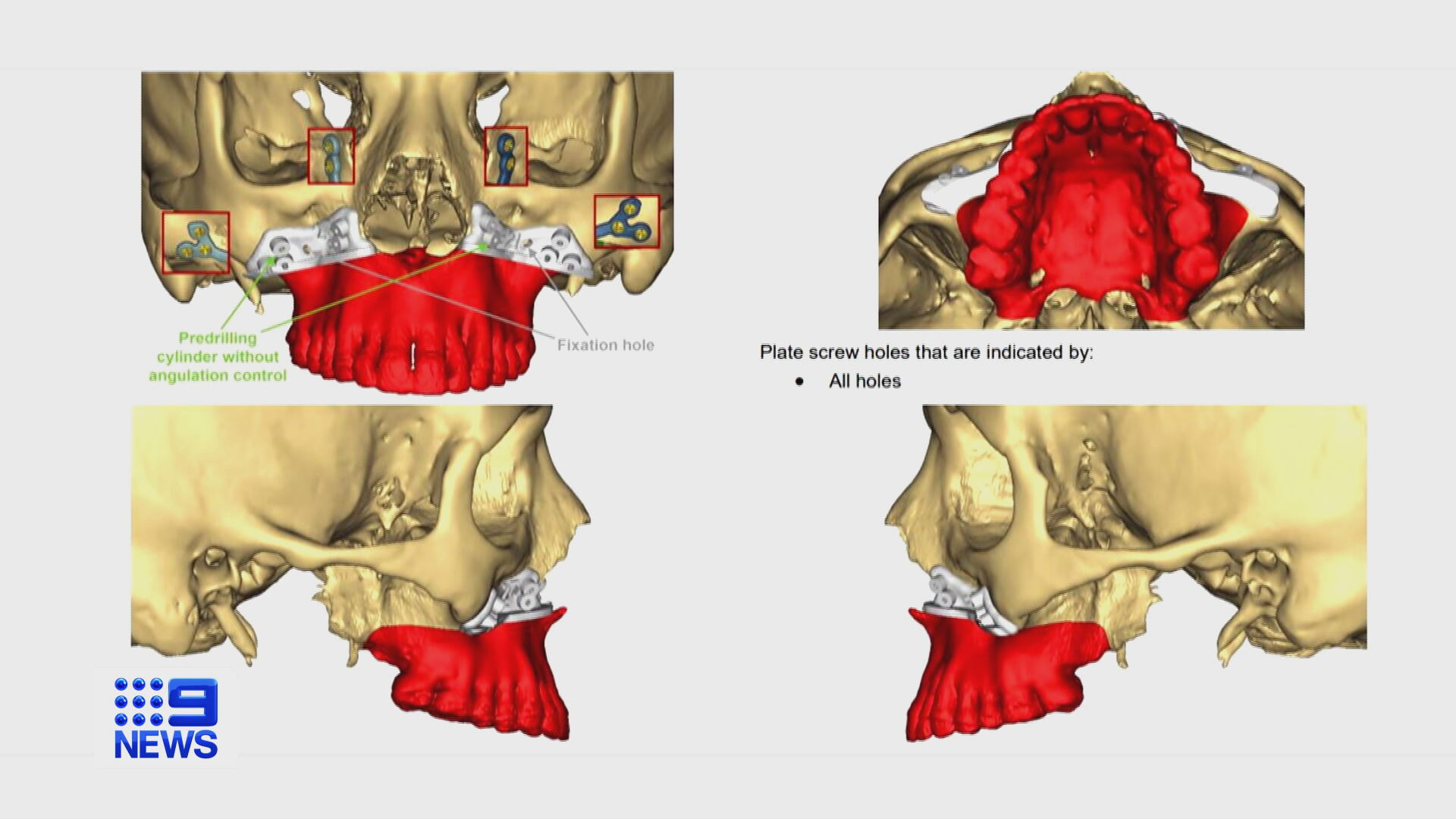 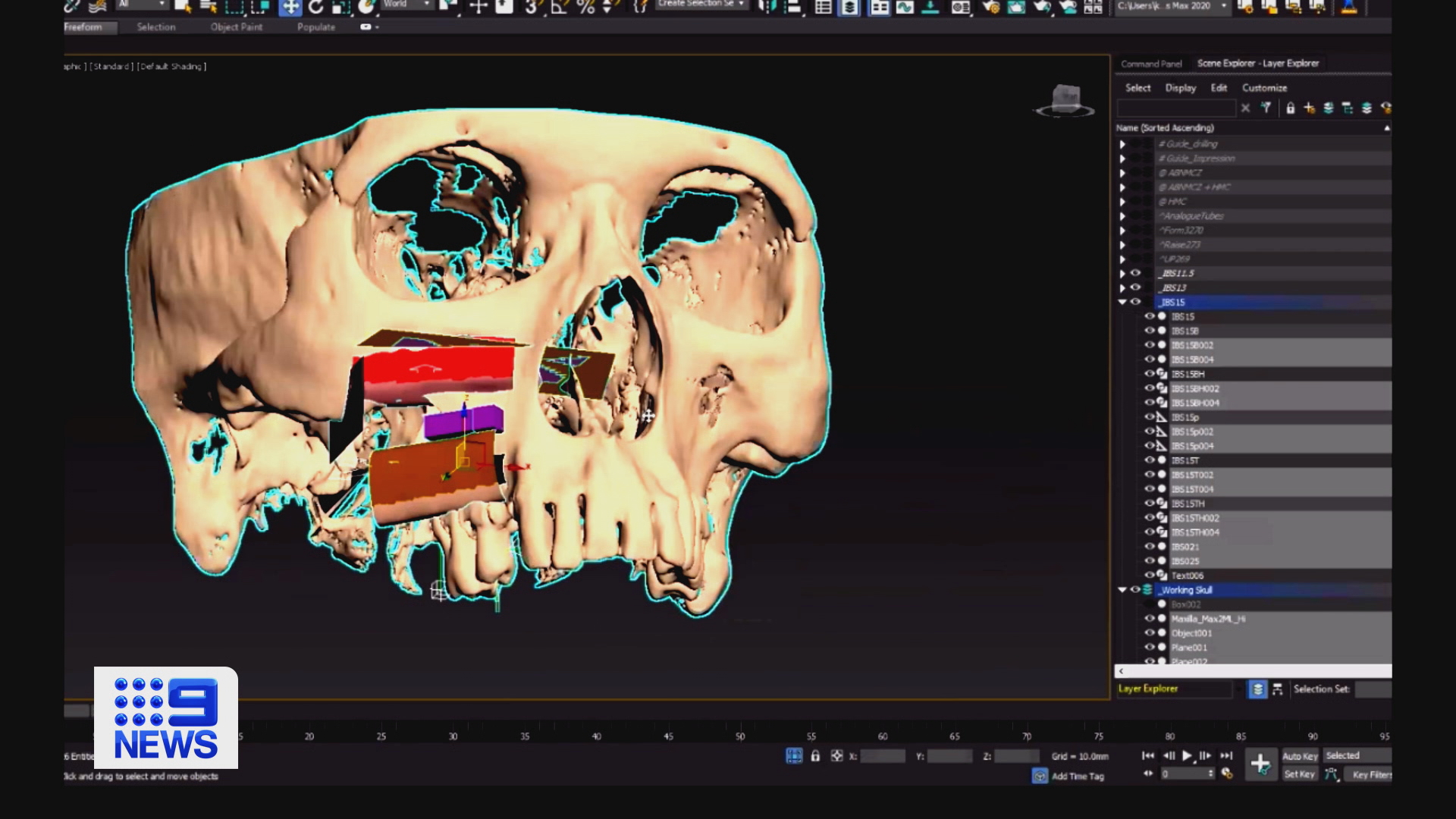 The teacher feared she would have to stand up in front of 30 kids with a disfigured face.

The Lifehouse team created a 3D model of Ms Flannery's jaw which enabled them to virtually map out her complex operation.

"It means what we plan on the computer can then be executed at surgery. And for something as complicated as the jaw, it's absolutely critical," said Dr David Leinkram, Lifehouse Oral and Maxillofacial Surgeon.

The doctors used the position of Tara's top and bottom teeth as a starting point for the reconstruction and worked backwards. 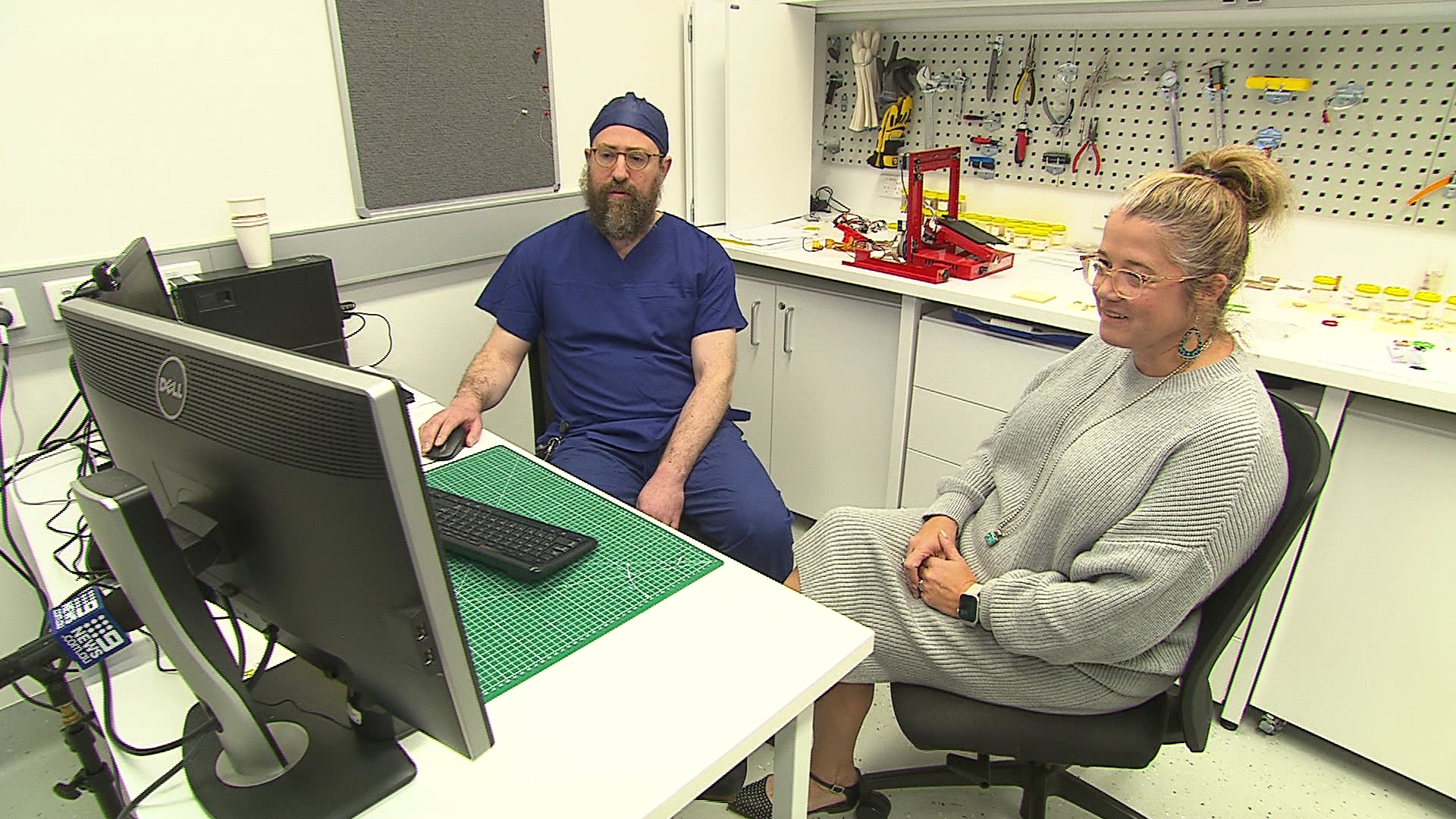 "So we want to keep those teeth exactly where they were before and then we plan the reconstruction and the immediate dental implant at that time," Dr Palme said.

Six weeks before the major surgery, they placed titanium implants and skin grafts inside her calf bone called the fibula.

The skin grafts would form her new upper gum.

Three segments of that bone and nearby blood vessels would eventually be removed to build her new jaw.

During the pre-fabrication process in the leg, specialist dentists take a mould to help build a bridge for her new acrylic teeth.

"Tara is a phenomenal example of what we can achieve in this day and age," said Dr Palme.

"Within the last few years we've been able to really automate this process, speed up this process and really make it part of our routine care delivery for these patients," said Dr Palme.

Ms Flannery is now back in the classroom doing what she loves doing best, teaching.

She doesn't look like she has had her jaw removed and is ecstatic with the result.

"I get blown away when I think about it," she said.