The moon is slowly rusting, changing its colour to a slight red - and it's probably Earth's fault.

The discovery came after scientists analysed data from the Indian lunar probe Chandrayaan-1, which orbited the moon in 2008. The probe also carried an instrument built by NASA that monitored the moon's minerals.

While the probe found samples of water - one of the two key components needed for rust to form - on the lunar surface, the moon lacks the other one needed - oxygen.

So when researchers at NASA and the Hawaii Institute of Geophysics and Planetology looked at the probe's date, they were stunned to find hints of hematite, a form of iron oxide known as rust.

"At first, I totally didn't believe it. It shouldn't exist based on the conditions present on the Moon," Abigail Fraeman, a scientist at NASA's Jet Propulsion Laboratory, said.

Not only is there no air on the moon, but it is flooded with hydrogen that flows from the sun, carried by solar wind. Rust is produced when oxygen removes electrons from iron; hydrogen does the opposite by adding electrons. This makes it near impossible for rust to form on the hydrogen-rich moon.

Now after months of research, scientists think they have solved the mystery.

The first clue came when they found the rust was more concentrated on the side of the moon that faces Earth.

A magnetic field surrounds Eath, and solar wind stretches this bubble to create a long magnetic tail in the downwind direction. The moon, which is which is 384,400 km away from the Earth,  enters this tail three days before it's full, and it takes six days to cross the tail and exit on the other side. 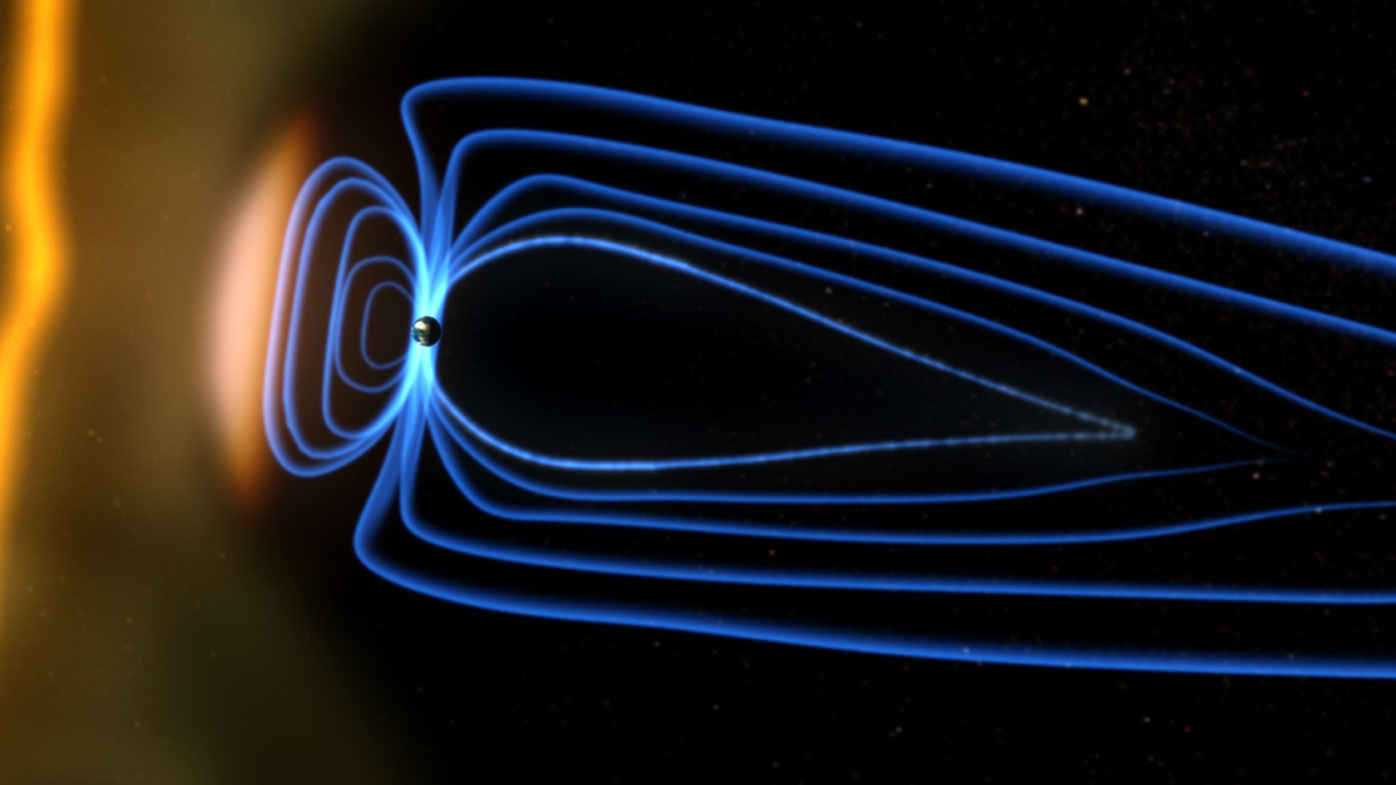 During these six days, Earth's magnetic tail covers the moon's surface with electrons.

Scientists believe oxygen from the Earth travels on this magnetic tail to land on the moon, where it mixes with lunar water molecules to create rust.

The magnetic tail also blocks nearly all solar wind during the full moon -- meaning the moon is temporarily shielded from the blast of hydrogen, opening a window for rust to form.