Queenslanders living in the southeast pocket can expect the weather to be muggy and uncomfortable for the rest of the week with forecasts of severe thunderstorms.

Queenslanders living in the southeast pocket can expect the weather to be muggy and uncomfortable for the rest of the week with forecasts of severe thunderstorms.

It comes as the monsoon system that brings heavy rain to Australia's north appears to have finally arrived, while a total fire ban will be in place across areas of Victoria.

Most of the region, stretching from Noosa to around the Gold Coast, were affected by storms on Tuesday, a Bureau of Meteorology spokesman told AAP. 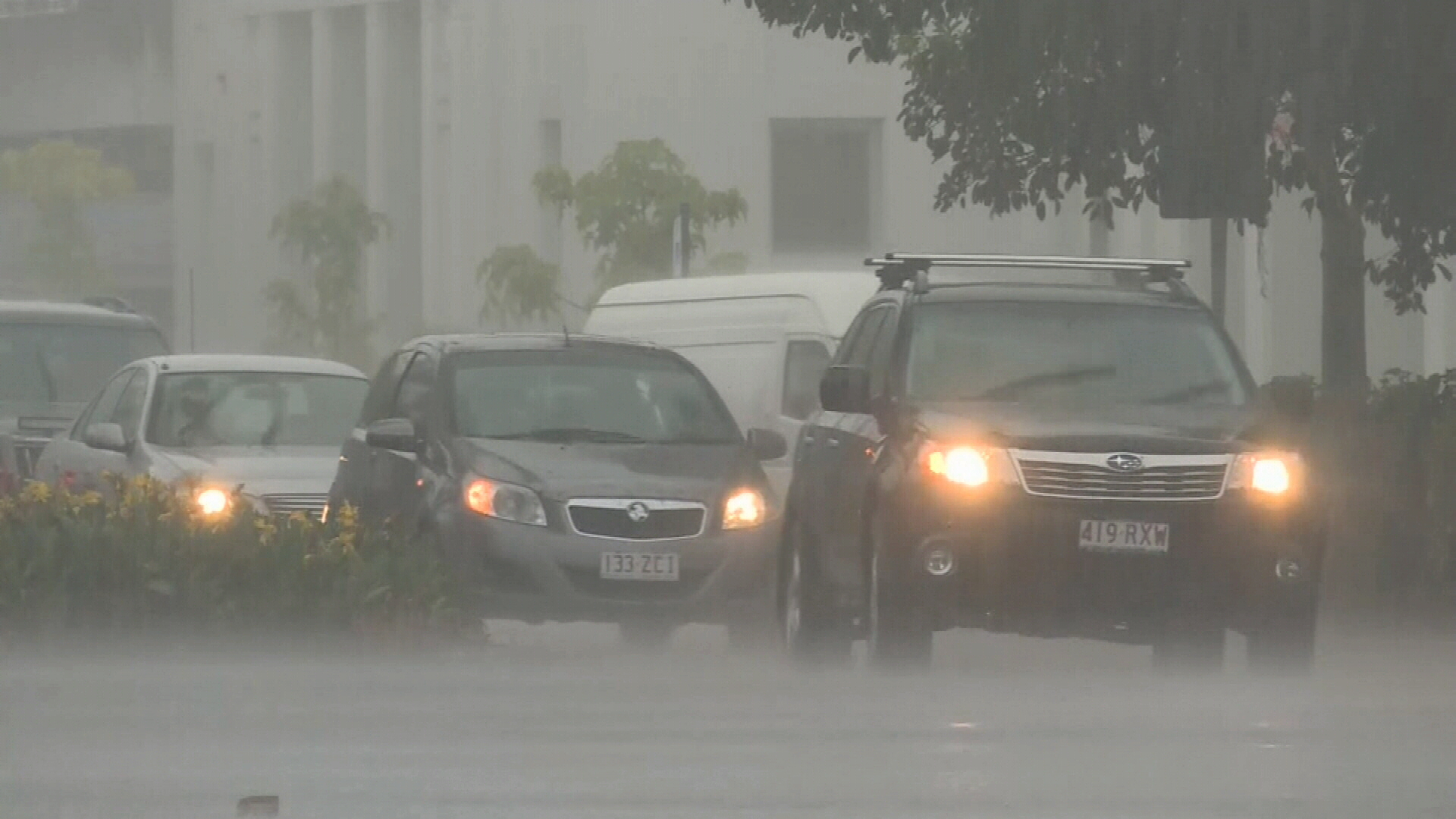 While a severe thunderstorm warning for southeast Queensland was cancelled, a warning remained in place on Tuesday evening for parts of the Wide Bay and Burnett forecast district.

A total of 15,742 Energex customers were still being affected by power outages at 8.30pm, including in the Brisbane City, Somerset Regional and Scenic Rim Regional councils.

More than 13,000 of these were in the Sunshine Coast council area.

Sticky conditions that have hung around for days are expected to continue due to humidity and temperatures expected to last through the week, but there will be some relief with north to northeasterly winds sweeping across the Coral Sea and bringing a breeze.

Showers are more likely in the southeast corner because of a surface trough in central Queensland, which comes after days of rain and storms that have delighted farmers in some parts.

Rainfall warnings are in place in that part of the state. 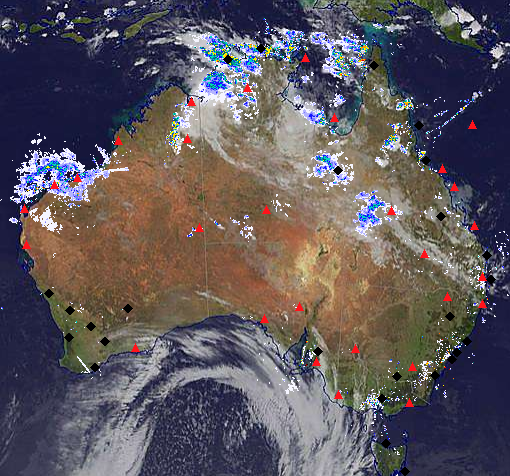 The monsoon system that brings heavy rain to Australia's north appears to have finally arrived but the Top End is in the grip of one of its driest ever wet seasons.

At the start of the week, it was the driest wet season to date.

Darwin recorded its second-hottest ever day when it hit 38.2C on October 21 last year.

However, decent rainfall received on Monday and Tuesday has moved it to the third driest ever wet season and on par with conditions last seen in 1984-85.

By Tuesday afternoon, the Top End had received 425.6mm of rain this wet season, compared to the long-term average to date of 738.3mm, the Bureau of Meteorology said.

Monsoonal westerlies in the north had produced a tropical low heading east from WA as well as two troughs in NT that are extending as far south as Uluru in central Australia.

A severe weather warning for squally storms and damaging winds is in place for people in the Tiwi Islands and parts of the Daly and Arnhem districts, including Darwin.

Locations which may be affected include Darwin, Palmerston, Jabiru, Maningrida, Wurrumiyanga and Nauiyu.

There is also a severe thunderstorm warning caused by tropical moisture nearly 2000km south in the desert Lasseter District, including Yulara near Uluru, Hermannsburg, Curtin Springs, Watarrka and Uluru.

From Thursday dust storms in the south are likely, says the bureau.

The rainfall in the past 24 hours has given Tennant Creek a much-needed dumping, filling its dams from nearly empty to 20-30 per cent and set the area's creek, after which the town is named, flowing.

Victoria is bracing for severe fire danger after two stormy days brought rain to fire-affected areas as well as a trail of further destruction.

A new weather change starting this morning will bring temperatures in the high 30s and strong winds with speeds of up to 50km/h in parts of the state.

The Country Fire Authority is concerned the weather conditions will not only threaten to flare up current fires in the east but also to start new blazes in western and central Victoria.

A total fire ban will be in place across all western and central areas of Victoria, as fast-running grassfires might mean firefighters will struggle to extinguish new blazes sparking on Wednesday.

"It's been merry-go-round weather over the last few days. We've gone from fires and storms and floods and giant hail the size of limes to fire danger escalating on our doorstep," Bureau of Meteorology senior forecaster Kevin Parkyn told reporters.

There were 14 bushfires still burning in Victoria by Tuesday afternoon, with all now at advice level, meaning they don't pose risks to lives and homes.

EVERYWHERE ELSE AROUND THE COUNTRY

Sydney can expected a fine and sunny day, with a top of 27C.

Canberra can expected a sunny 32C, while Adelaide is partly cloudy and 26C.