Two men have been charged after $250,000 in cash was found in a dishwasher during a raid on alleged drug and gun suppliers. 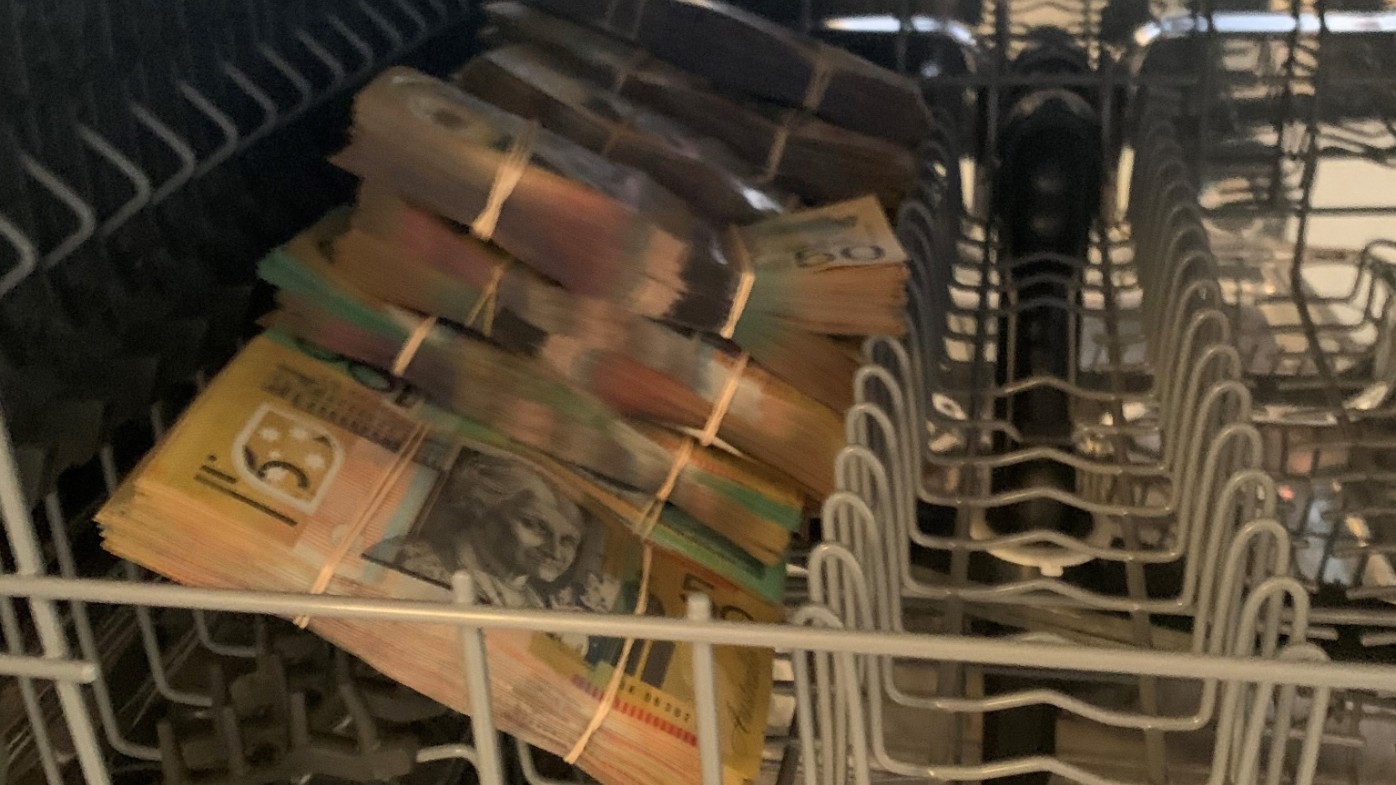 Two men have been charged after $250,000 in cash was found in a dishwasher during a raid on alleged drug and gun suppliers.

Detectives investigating the supply of drugs and weapons on the NSW Central Coast arrested a 34-year-old Wadalba man in a carpark on St Johns Road in Jilliby about 10am yesterday.

Police then spoke with a 33-year-old Toongabbie man at a hotel on Reservoir Road in Arndell Park. 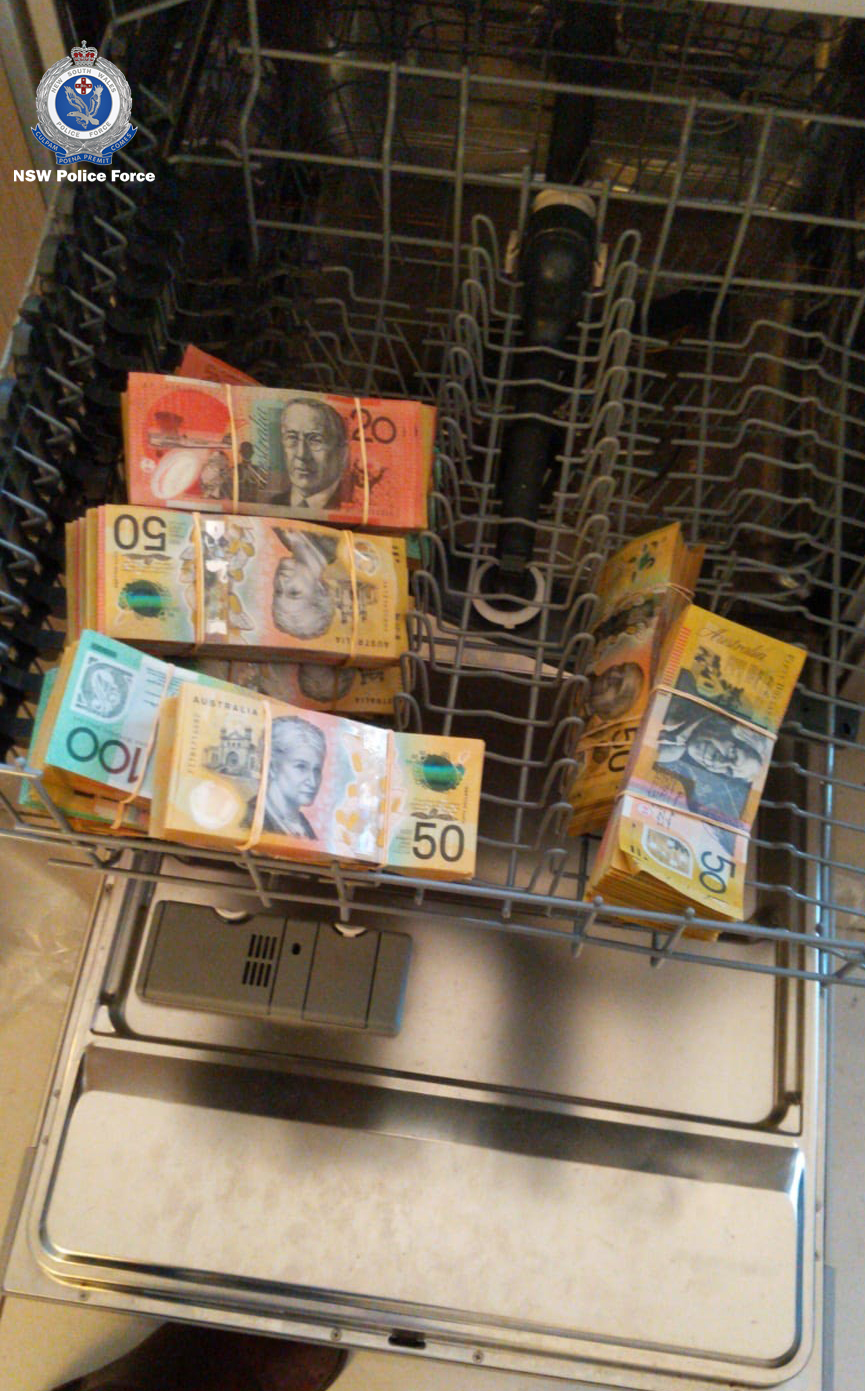 During a search of the second man's car, officers allegedly found an amount of MDMA and cocaine, as well as $10,000 cash.

The car was seized and will undergo forensic examination.

The man allegedly attempted to resist police before he was arrested and taken to Blacktown Police Station.

Two homes in Blacktown and Toongabbie were then raided.

Police allegedly uncovered more than 2kg of cocaine, 12kg of MDMA, about 2kg of cannabis, ice, and equipment consistent with the supply of prohibited drugs.

The $250,000 cash was found in a dishwasher at the Blacktown property and seized. 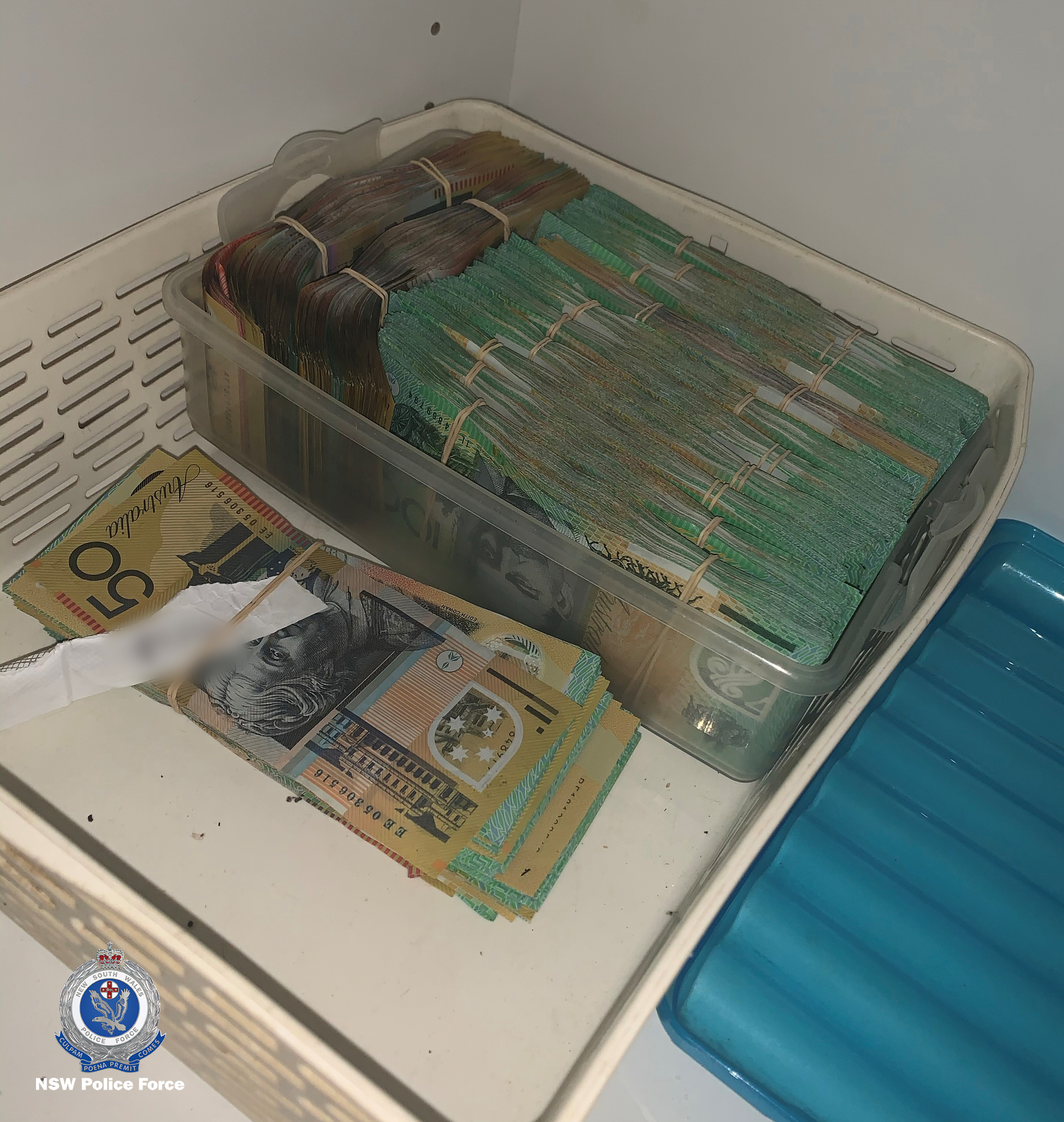 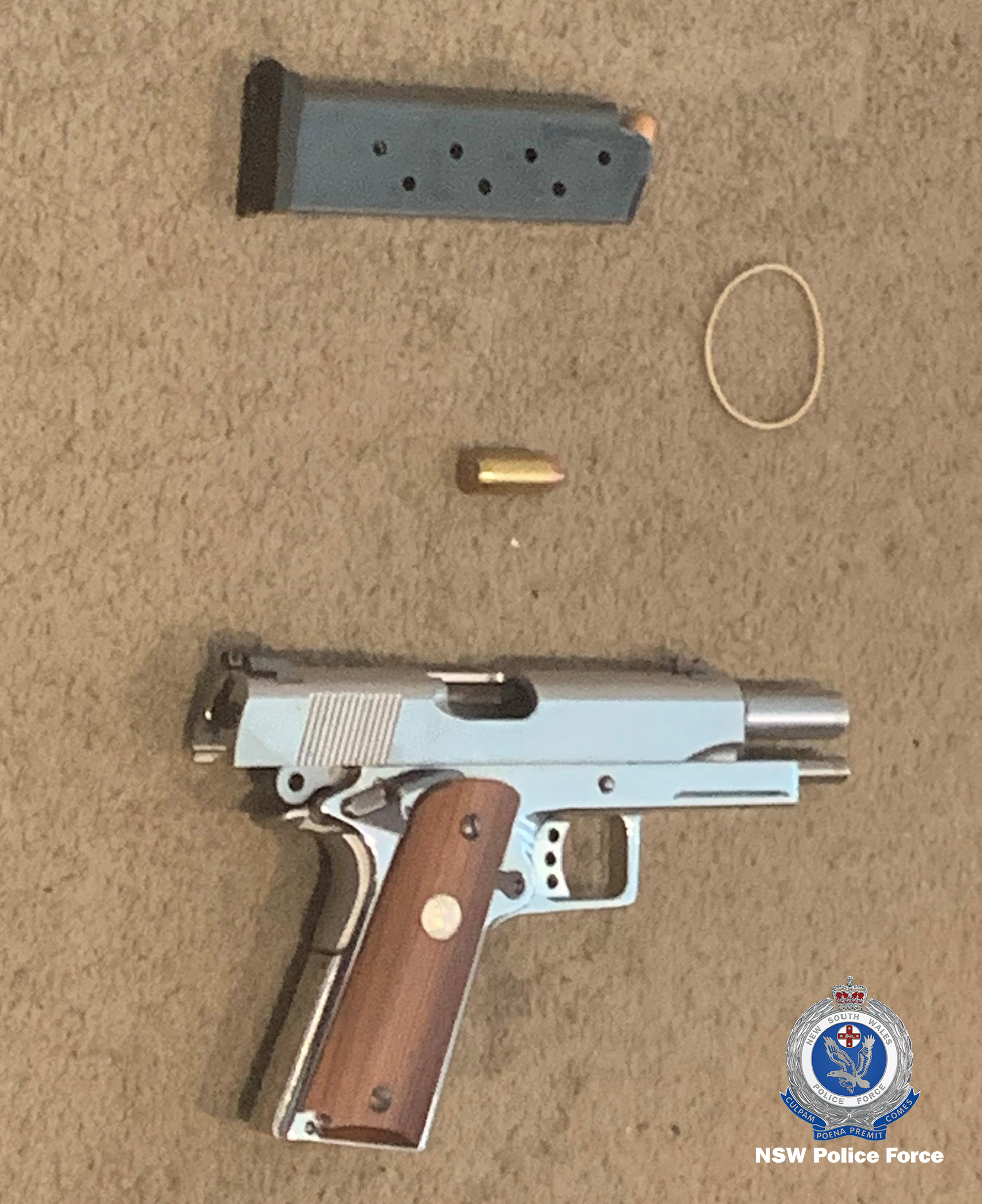 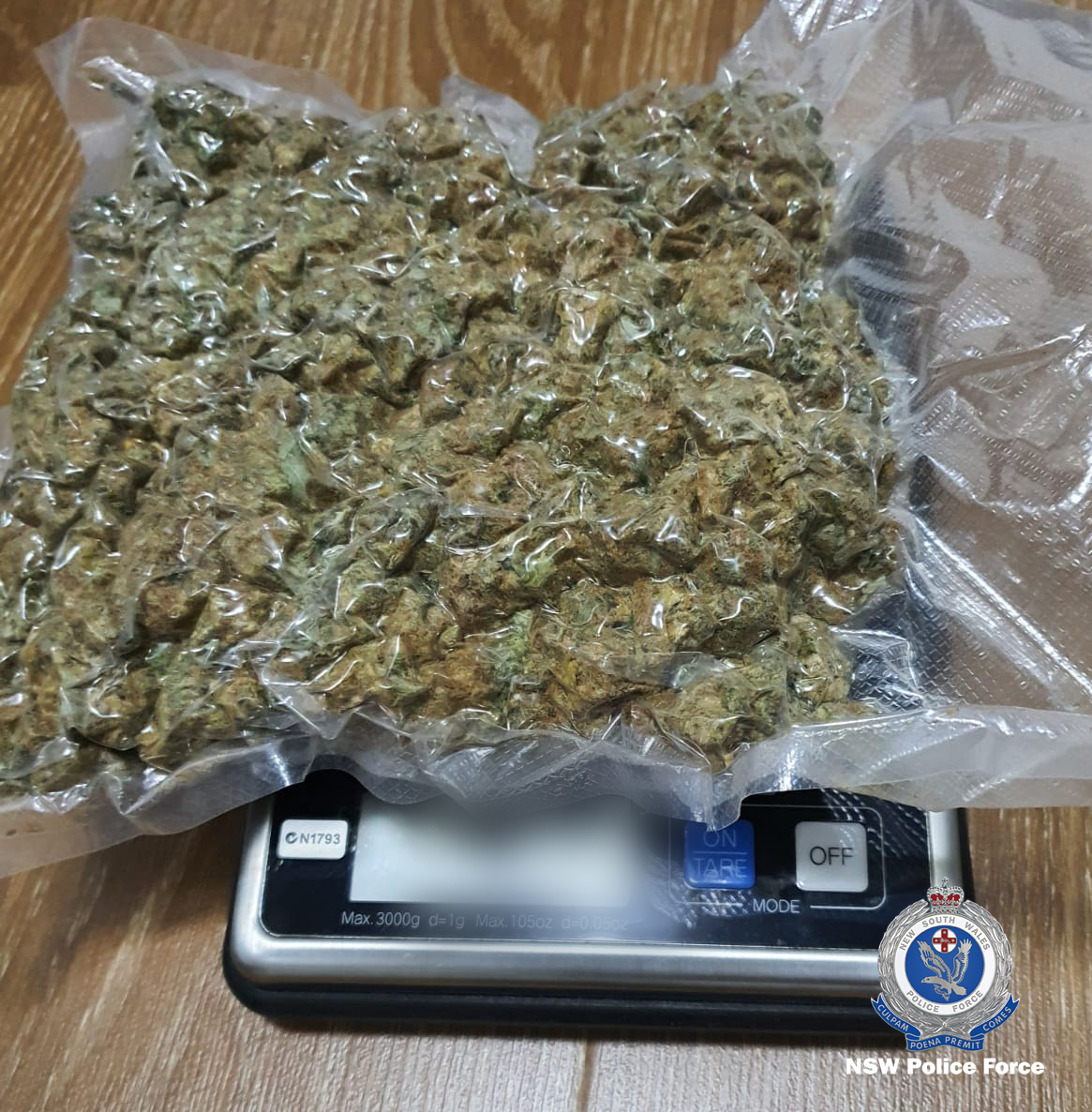 The Toongabbie man was charged with drug supply and firearms offences, resisting arrest and knowingly dealing with the proceeds of crime.

NSW Police hailed the arrests as taking an illegal gun supplier off the streets.

"Police and the community know just how devastating guns can be in the wrong hands and we will continue to target anyone responsible for engaging in this type of dangerous criminal activity," Drug and Firearms Squad Commander, Detective Superintendent John Watson, said.

"NSW Police support safe and legal firearm ownership and those involved in sourcing and supplying prohibited firearms should be warned – you will be investigated and put before the courts."