9News has obtained exclusive CCTV footage of the moment a Land Cruiser ploughed into a Darwin bar, sending a man flying through a glass door.

9News has obtained exclusive CCTV footage of the moment a Land Cruiser ploughed into a Darwin bar, sending a man flying through a glass door.

The stunning vision also appears to show the accused driver being assaulted in a violent street brawl prior to him allegedly getting behind the wheel.

Dale Talbot, 38, is allegedly chased down in the December footage, dropping onto the road in a foetal position before allegedly being punched, dragged and stomped on. 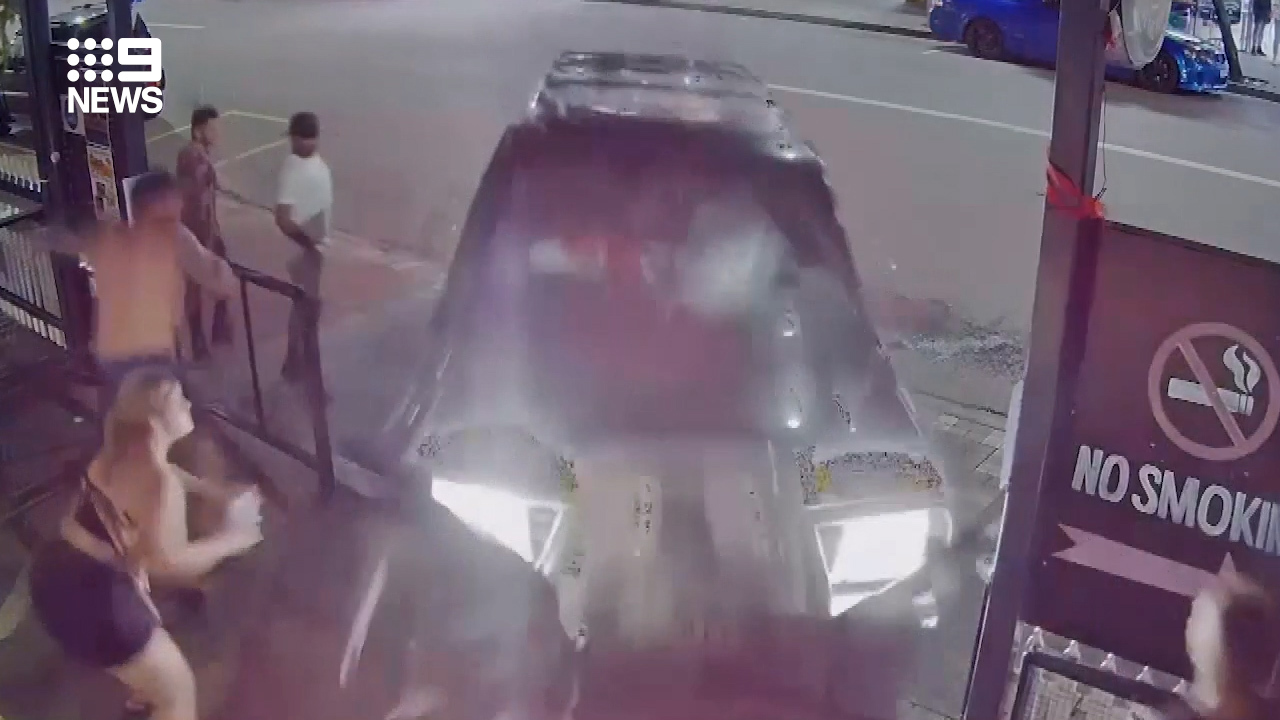 Joey Hazlebane, 25, Wade Hunter, 32, and Karlla Garling, 30, have been charged over the assault.

Today their lawyer, Peter Maley, told a court they will be pleading guilty to engaging in violent conduct and fighting in a public place. However, Ms Garling will be contesting her aggravated assault charge.

Mr Talbot's family says it is the alleged assault that drove him over the edge. 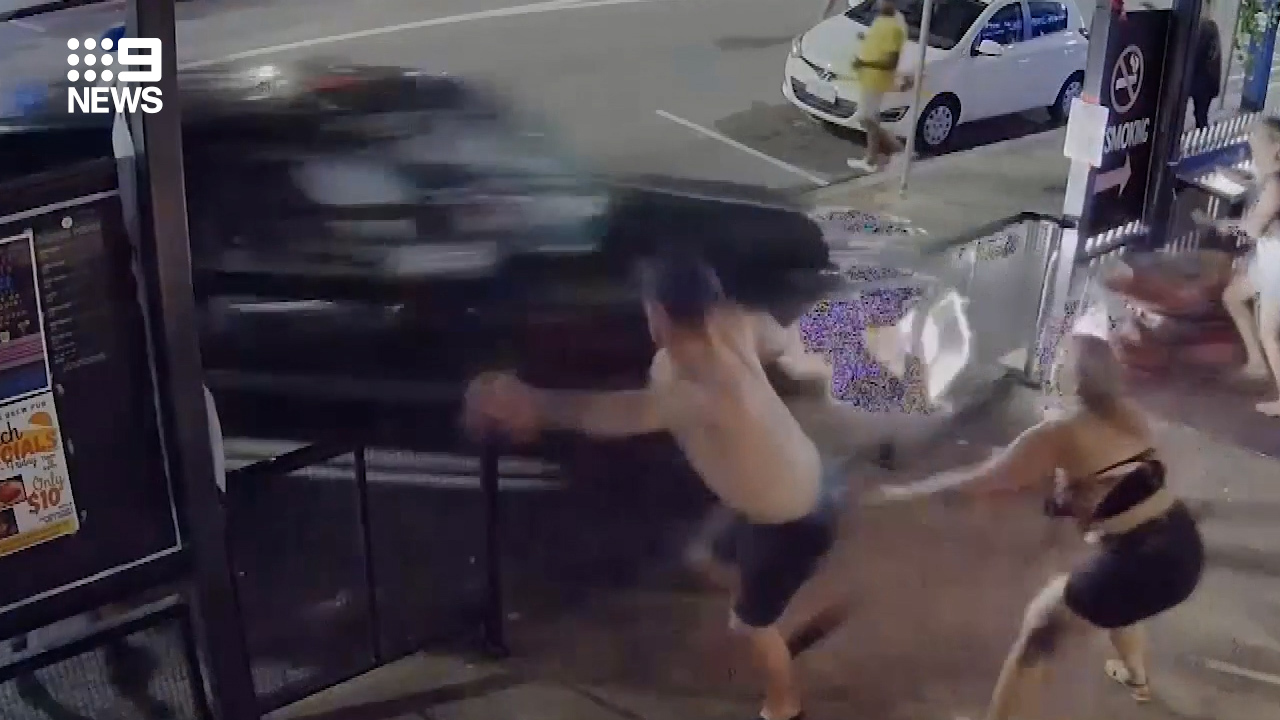 He is accused of getting into the Land Cruiser and driving it into the front of the Mitchell Street venue where the trio was reportedly standing.

The CCTV footage appears to show one man sent flying through the glass door as a woman and man throw punches through the driver's window.

The man that was sent flying allegedly comes back to the scuffle and police arrive shortly after to arrest the driver.

Mr Talbot is still in custody following the events.