Senator Mitt Romney﻿ will be the sole Republican to vote to convict President Donald Trump in the Senate impeachment trial over abuse of power, he announced on Wednesday. The Senate is set to vote Wednesday on whether to remove…

Senator Mitt Romney﻿ will be the sole Republican to vote to convict President Donald Trump in the Senate impeachment trial over abuse of power, he announced on Wednesday.

The Senate is set to vote Wednesday on whether to remove Trump from office for pressuring the government of Ukraine to open an investigation that could benefit him politically, using congressionally approved foreign aid and a potential White House meeting. Along with abuse of power, the House also impeached Trump for obstruction of Congress for trying to block the chamber’s probe into the matter.

“The president is guilty of an appalling abuse of public trust,” Romney said on the Senate floor. “What he did was not perfect. No, it was a flagrant assault on our electoral rights, our national security, and our fundamental values.” 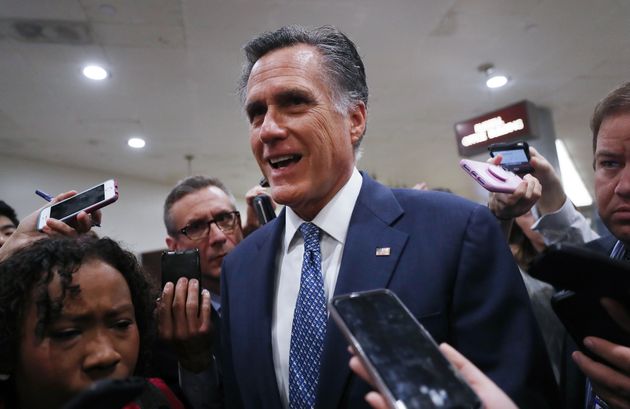 Romney said he will vote to acquit the president on the obstruction of Congress charge. The Senate is expected to acquit Trump on both charges.

During the impeachment trial, most Republicans have come to the president’s defense. Some agree with Trump himself that he did nothing wrong at all; others say that while he behaved inappropriately, removal from office is not the proper response.

Nearly all GOP senators voted against hearing from witnesses or examining additional documents as part of the trial, even after bombshell reports emerged confirming that former Trump national security adviser John Bolton had firsthand knowledge of the matter. Only Romney and Sen. Susan Collins (R-Maine) supported hearing from witnesses.

Collins ultimately decided to acquit Trump on both charges, however. She announced Tuesday that she did “not believe the House has met its burden of showing that the president’s conduct, however flawed, warrants the extreme step of immediate removal from office.”

Corrupting an election process in a democratic republic is about as abusive and egregious an act against the Constitution — and one’s oath — that I can imagine. It’s what autocrats do.Sen. Mitt Romney (R-Utah)

Romney said on the Senate floor that he’d hoped to hear from Bolton in part because he “hoped that what he might say could raise reasonable doubt and thus remove from me the awful obligation to vote for impeachment.”

In explaining his vote to convict, Romney compared the president’s actions to autocracy.

“The president did in fact pressure a foreign government to corrupt our election process,” Romney told The Atlantic before he announced his vote on the floor. “And really, corrupting an election process in a democratic republic is about as abusive and egregious an act against the Constitution — and one’s oath — that I can imagine. It’s what autocrats do.”

Romney, who was the GOP presidential nominee in 2012, has been more outspoken against Trump than many other Republican senators have been. He said in October that Trump’s “brazen and unprecedented appeal to China and to Ukraine to investigate Joe Biden is wrong and appalling.” Since then, he has continued to express concerns about the allegations against the president. 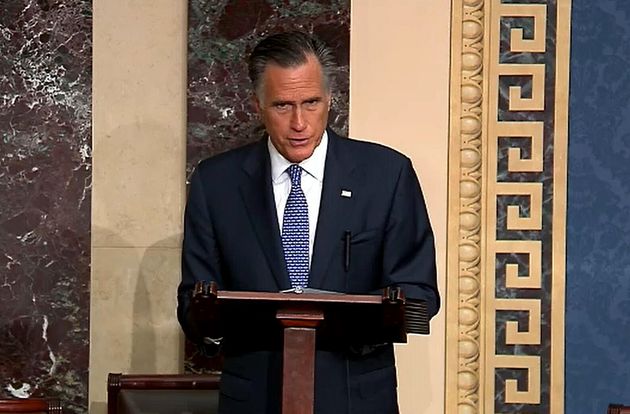 Romney acknowledged that he’s “sure to hear abuse from the president and his supporters.” He had already been told he would be unwelcome at this year’s Conservative Political Action Conference over his vote to hear from witnesses.

But he has less reason to fear ire from the right than some other Republicans: He is not up for reelection until 2024.

“Were I to ignore the evidence that has been presented and disregard what I believe my oath and the Constitution demands of me for the sake of a partisan end, it would, I fear, expose my character to history’s rebuke and the censure of my own conscience,” Romney said on the Senate floor.

Other Republicans shrugged off Romney’s speech.

“He’s been pretty clear all along that he’s had a different view of all this,” Sen. John Thune (R-S.D.), a member of Senate GOP leadership, said shortly after Romney’s speech. “He’s someone that we all know is a very independent person.”

Thune noted that Trump and Romney already had a pretty complicated relationship, and said members of the Republican Senate caucus would continue to work alongside Romney.

This is a developing story. Please check back for updates.