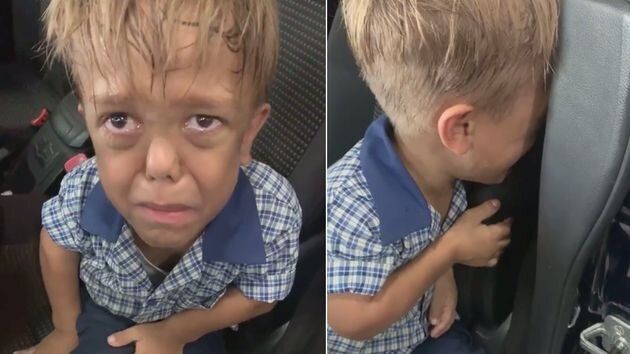 Indigenous Australian community members have thrown their support behind nine-year-old Queensland boy Quaden Bayles after his mother streamed a heartbreaking video of his despair after being bullied over his short stature.

The NRL’s Indigenous All Stars team has invited Quaden to lead them out this Saturday night at their game against the Maori All Stars on the Gold Coast. First Nations musician Mitch Tambo, who has been following Quaden’s journey over the past few years, will be performing at half-time on Saturday.

He told HuffPost Australia it was “heart-wrenching” to witness Quaden’s distress in the clip, and that he wants him to know “we all love him and he’s here for a real reason and real purpose”.

“It’s just so heart-wrenching to see any young person bullied to that extent where they want to inflict self-harm and declare that kind of self-hate,” said Tambo. 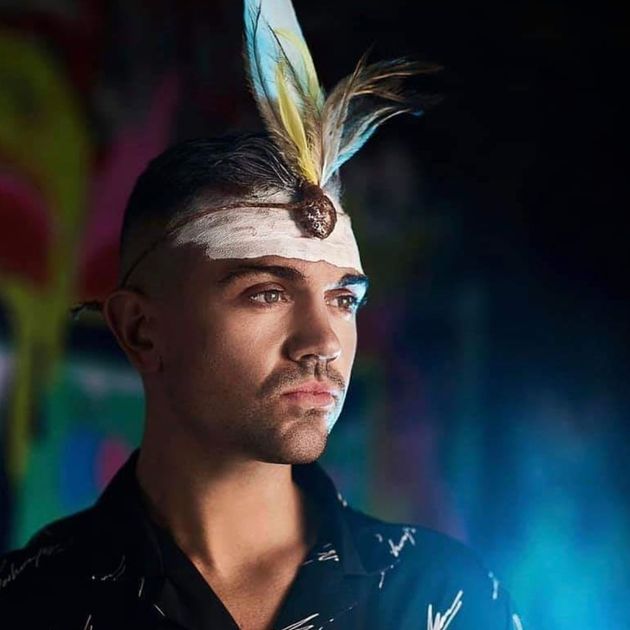 “To see the young fella in that state, it’s just very, very sad and obviously to hear and witness the distress of the mother, it’s got that real sense of, ‘I can’t take this anymore, I need help and this is all too much to bear’ which is obviously understandable.”

Quaden was born with achondroplasia, a common form of dwarfism. His mother Yarraka Bayles, an advocate for Indigenous issues and disability awareness, told NITV that she went to pick her son up from Brisbane’s Carina State School on Wednesday and witnessed another student picking on Quaden because of his height.

After returning to the car, a fed-up Bayles started to film her son’s anguish in hopes of urging parents to take action against the nonstop bullying her son endures.

Tambo, a proud Gamilaraay and Birri Gubba man, said he was bullied during his own childhood, but could not compare his experiences to Quaden’s.

“Obviously this kind of bullying, it’s bullying that is well and truly extreme. A young fella so distressed and vocalised such self-hate, it’s just so very distressing to hear.

“I wouldn’t even try and say that what I’ve experienced is on the same level but I would just want him to know that we haven’t been born to fit a mould. We’ve all been born different and we all have our differences. He just needs to know he’s embraced and that we all love him and he’s here for a real reason and real purpose”.

The singer also said the issue “deserves the voice and momentum that goes outside of our community”.

“The support and solidarity, it’s beautiful,” he said. “But I really think that this is something that needs to go out across the nation and everyone needs to rally around and uplift him, and also be more conscious in terms of how we interact with each other and what we deem as funny.

“There’s young people out there that are just going through so much and unfortunately for this fella, what he’s carrying every day is quite visual.”

On Thursday the NRL announced that Quaden had been invited to Saturday’s Indigenous All Stars game.

“I’m performing Saturday night half-time and that’s a beautiful gesture and I hope he gets the opportunity to run out and be celebrated,” said Tambo.

“If I met young Quaden, I’d just like to give him a big hug and just let him know what he’s already been told and that is the whole country’s around him and we all love him.”

Also showing his support for Quaden’s mum, Tambo said he hoped there are some “solid support networks” around the mother and her son.

“I would also like to give his mum a big hug too, just let her know she’s not on her own and we’re all here for her.”

The Indigenous #NRLAllStars have invited 9-year-old Quaden Bayles, a victim of bullying, to lead them out this Saturday night ❤️ pic.twitter.com/UcXhNt3QKF

As of Thursday afternoon, Bayles’ Facebook Live was viewed 4 million times and had received 96,586 shares across the social platform.

In the clip, she said: “I’ve just picked my son up from school, witnessed a bullying episode, rang the principal, and I want people to know – parents, educators, teachers – this is the effect that bullying has.

“All it takes is for one more instant. You wonder why kids are killing themselves.”

Bayles explained in the video that the taunting and teasing of her son is constant and he often has thoughts of taking his life.

She told NITV there has also been criticism of the video, but she was prepared for that.

READ:  Southport School teachers 'will not return' after students were asked to remove pants in activity

“I have copped a lot of backlash for it, I thought twice about deleting it but I wanted people to see the effect bullying is having on my child,” she told the publication.

“If I don’t stand up and speak out for him, who will?”

Bayles added that disability awareness needs to be raised within schools and the discrimination needs to be addressed in order to save lives.

“Nobody knows the battles we face in private. I usually share all the positive highlights, but this stuff needs to be addressed to save our babies’ lives.”

NITV reports Quaden has since been removed from the school and will likely be home-schooled.

Bayles told the publication she does not blame any specific child, although she is urging the school to take more action to educate students and parents about the effects of bullying.