Anthony “AJ” Elfalak spent his first night inside his own bed at his Putty home in the New South Wales Hunter Region after being missing for four days.

Rescued toddler Anthony "AJ" Elfalak is the centre of attention on his first day back home after going missing last Friday.

Pictures from the property show the three-year-old wrapped tight in his mum Kelly's arms as family swarms around them.

AJ spent his first night inside his own bed at his Putty home in the New South Wales Hunter Region after being discharged from hospital last night, following a four-day search to locate him. He was found less than 500m from home shortly before 12pm yesterday after a mammoth search operation.

The little boy was assessed by paramedics at the scene before being taken to Maitland Hospital suffering only minor injuries despite his ordeal. 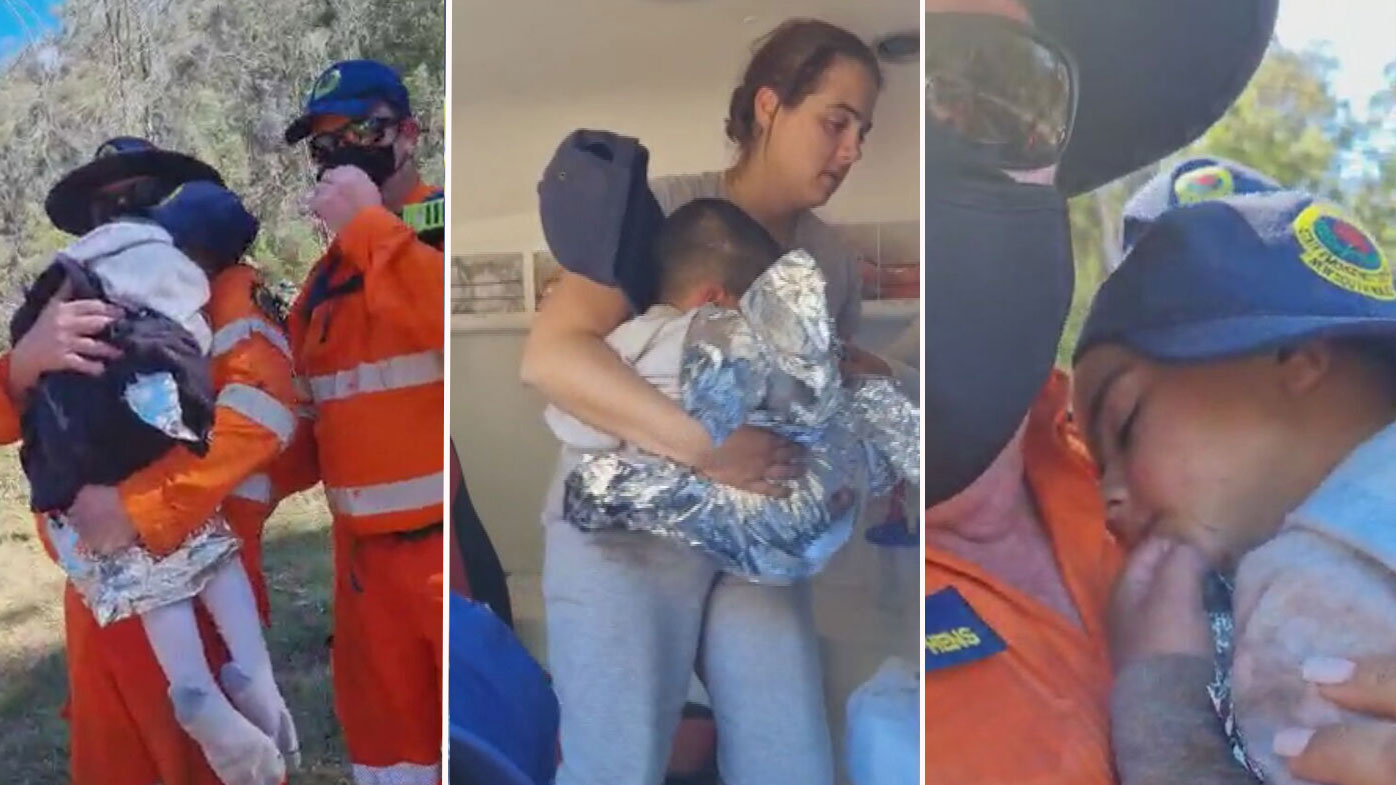 She said when she heard her son was safe, she "collapsed".

"I just couldn't wait to put him in my arms again." 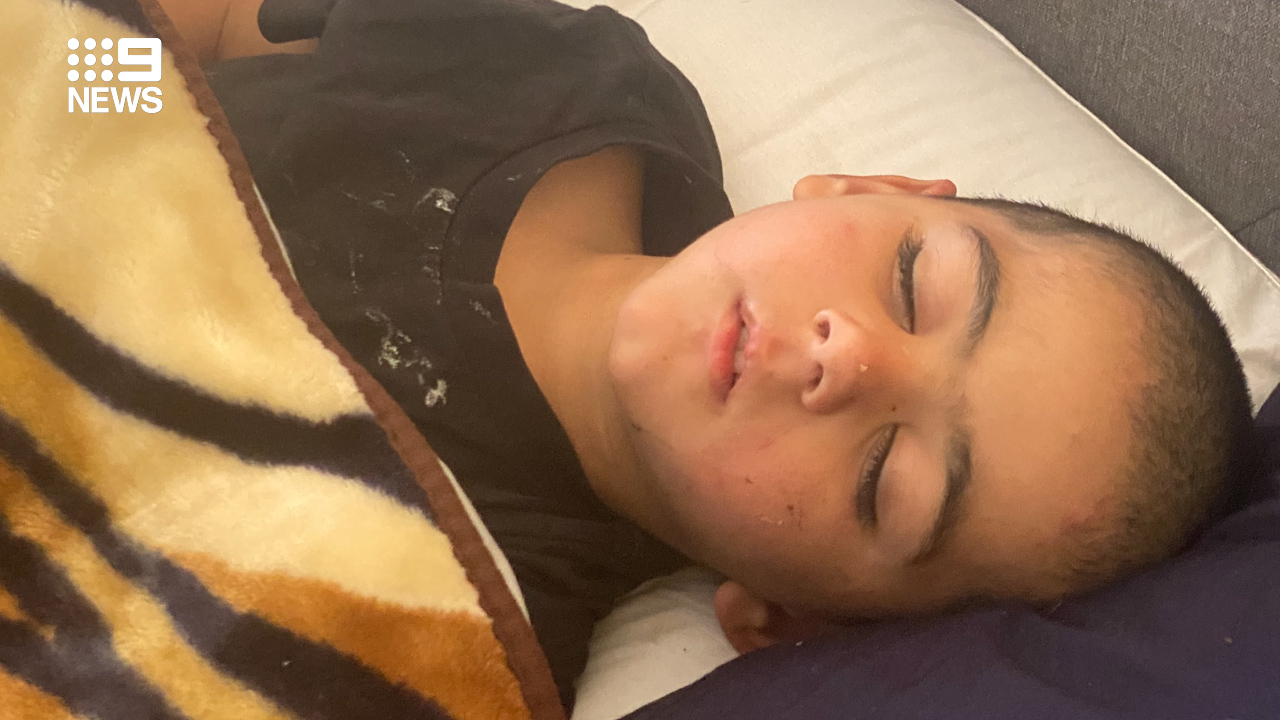 AJ, who is non-verbal and on the autism spectrum, was reunited with his mother at the search command post on the property, as he was being assessed by paramedics.

"I just said 'AJ' and he looked at me and smiled and he hugged me so tight, and he just slept," Mrs Elfalak said.

"He is exhausted. He is doing really well."

Mrs Elfalak said aside from some cuts and bruises, the little boy was unhurt.

AJ's father Anthony said the boy's survival was "a miracle" and said his son had suffered nappy rash, scrapes from falls, and had been bitten by ants.

9News reporter James Wilson, who had been covering the story and was there when AJ was found alive, said the boy was now safely at home.

"I walked up and spoke to the family a short time ago, I'm not sure if some of them have slept, or if they've just woken up really early but they were partying all through the night," Wilson told Today this morning. 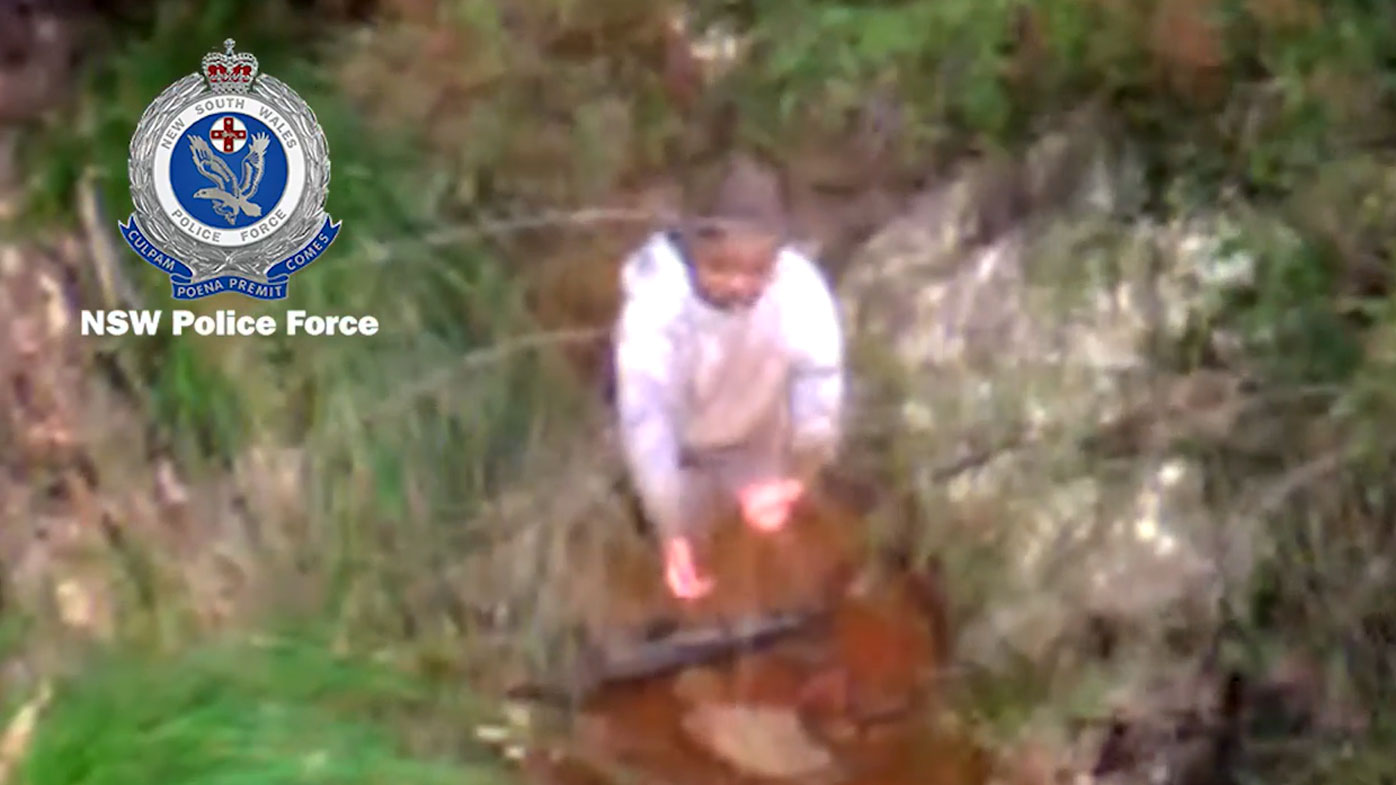 "AJ was brought back here around 9pm or 10pm last night.

"They kept quite placid and calm for AJ. We know he has autism.

"So when he came back, everybody was calm and AJ basically went inside the house, went off to bed and had a big sleep.

"It was a really lovely moment though.

"Him being out of hospital and back home the same day he was found is a pretty good indication he was in remarkable condition and he is Australia's toughest kid.

The PolAir crew that found the missing boy have also spoken out about the "surreal" moment.

"We were coming in low and slow over the trees, the canopy opened up and I've seen this movement," he said.

"We got the camera around and then there he was.

"I couldn't believe it initially. We'd only just started the search. It was a really good feeling." 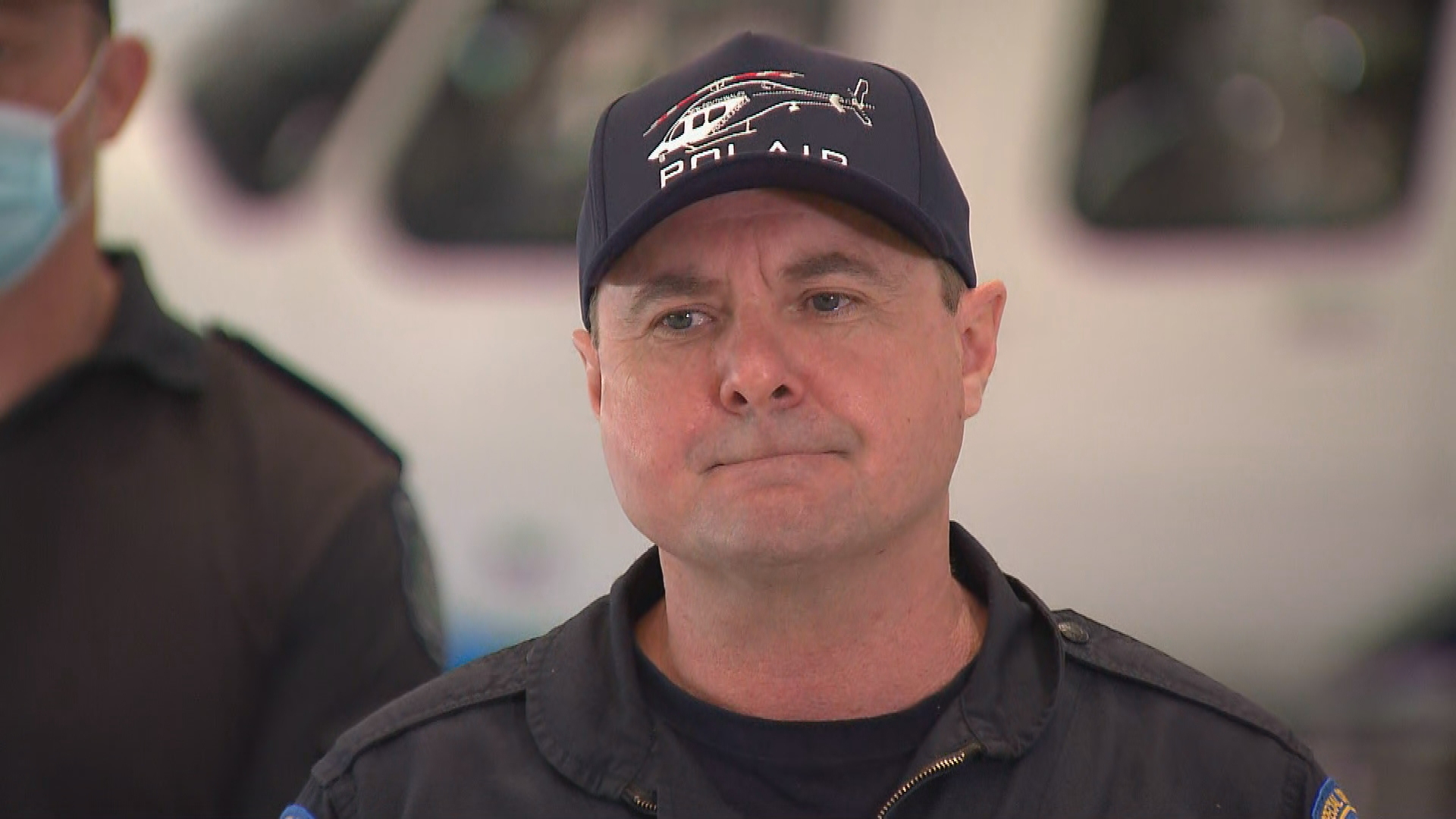 Special Constable Drake said the terrain was so dense that two of the SES employees they were guiding to AJ's location walked "right past" the three-year-old.

"We see some interesting sights in this job and that's one of those ones that's a better memory, a great memory," he said.

"We straight away knew it was him," he said.

"We're all emotional. I said to the boys as we were heading back for fuel, if that doesn't make you happy, nothing will." 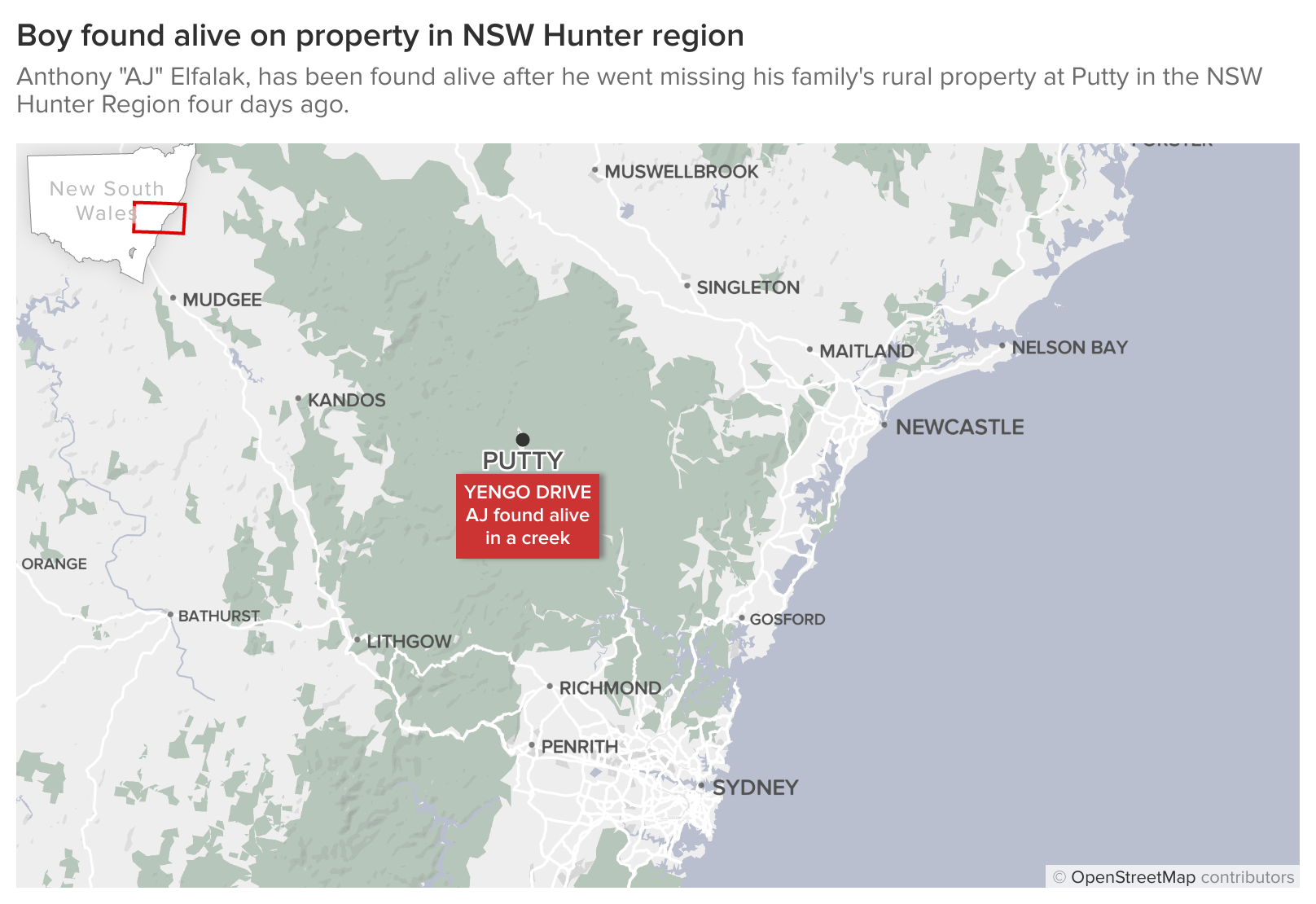 "When he looked up at us, it was just the best feeling ever," he said.

"One of those things that brings you back the next day."

"There is no doubt searchers passed close by the boy, who may have been sleeping at the time," he said.

"There are a lot of places he could have been hidden."