A driver has had a miracle escape as heavy storms and severe weather lashed Perth yesterday.

A driver has had a miracle escape as heavy storms and severe weather lashed Perth yesterday.

Dashcam footage caught the moment when a tree ripped out of a median strip and crashed down on a white Hyundai. 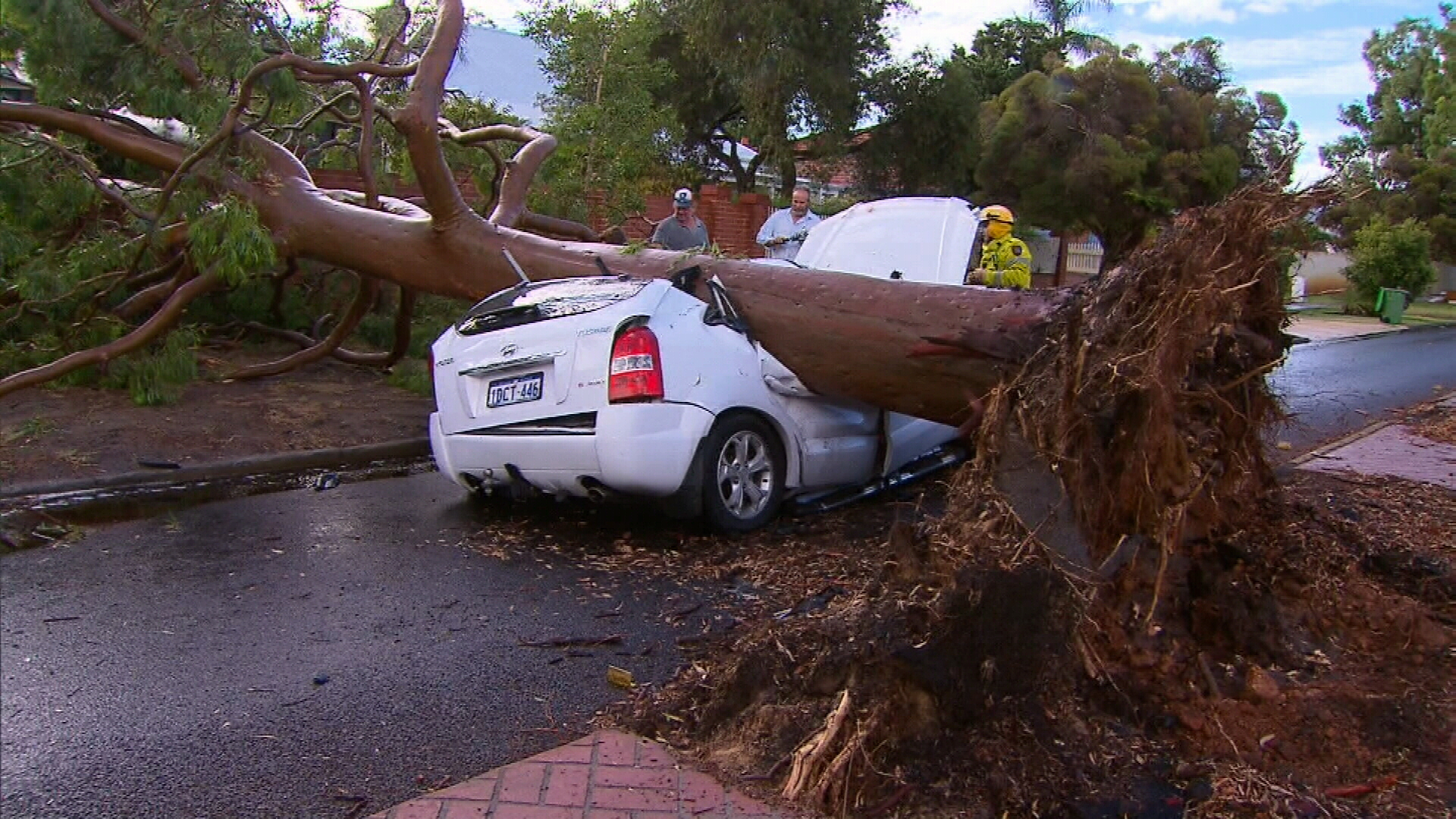 Four men rushed to help - but amazingly the driver, a woman in her 60s, was uninjured.

"These guys who go out to help couldn't open the front door, the car was flat, it was flattened to the door level," Ron Sofield, who captured the footage on camera, said.

"So that's when I thought the person inside wouldn't have survived." 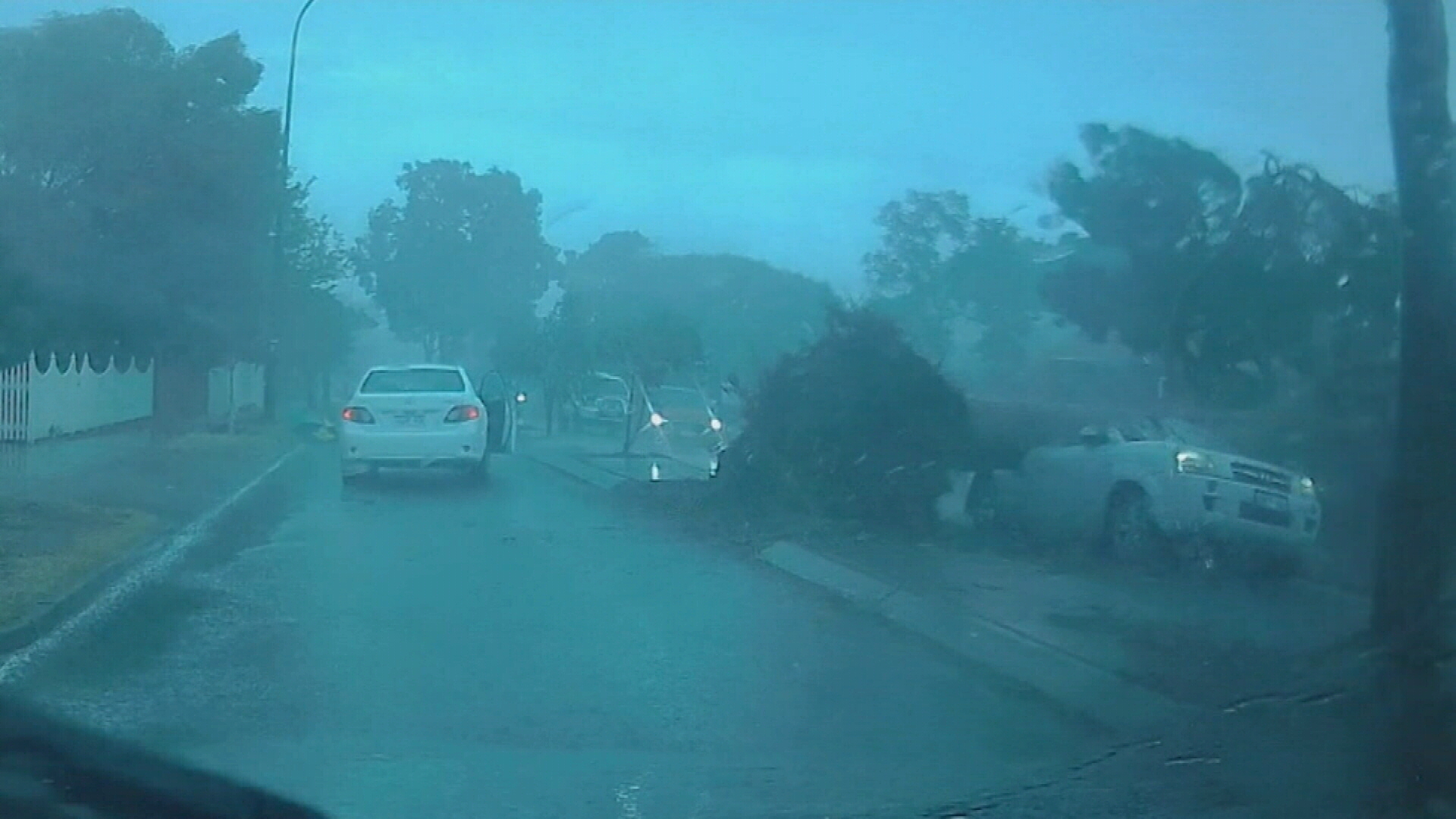 There was more damage across Perth, with the freak summer storm tearing the roof off a home in West Leederville.

One family fame home to find their ceiling in the couch, and in the bathtub. 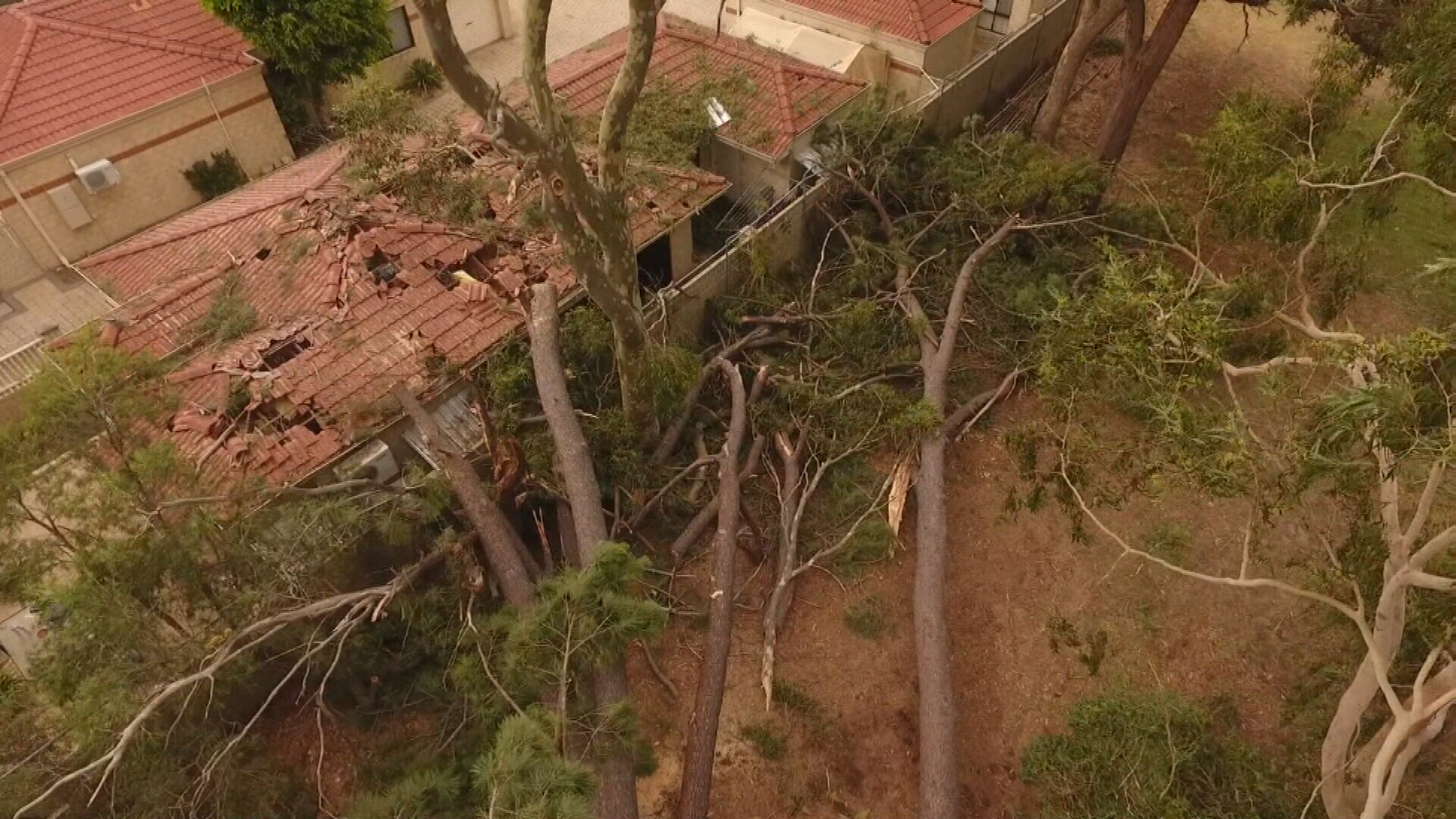 About 26,000 homes lost power across the city, and the SES took 280 calls for help overnight.