“Five million out. That’s a big challenge. Many of them may not come back to Wuhan but hang around somewhere else. To control this outbreak, we have to deal with this.”

For weeks after the first reports of a mysterious new virus in Wuhan, millions of people poured out of the central Chinese city, cramming onto buses, trains and planes as the first wave of China's great Lunar New Year migration broke across the nation.

Some carried with them the new virus that has since claimed over 800 lives and sickened more than 37,000 people.

Officials finally began to seal the borders on January 23. But it was too late. Speaking to reporters a few days after the city was put under quarantine, the mayor estimated that five million people had already left. 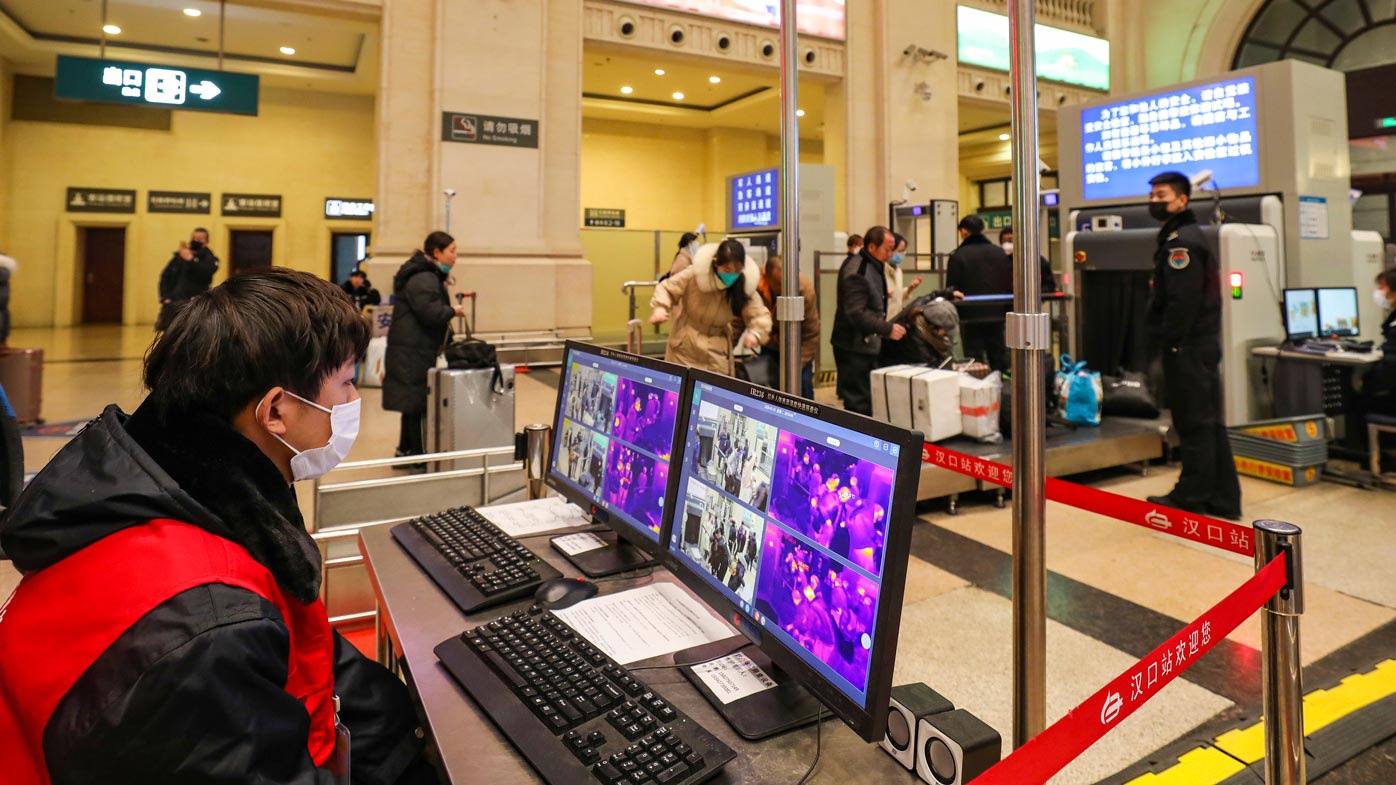 Where did they go?

An Associated Press analysis of domestic travel patterns using map location data from Chinese tech giant Baidu shows that in the two weeks before Wuhan's lockdown, nearly 70 percent of trips out of the central Chinese city were within Hubei province.

Baidu has a map app that is similar to Google Maps, which is blocked in China.

Another 14 percent of the trips went to the neighbouring provinces of Henan, Hunan, Anhui and Jiangxi. Nearly two percent slipped down to Guangdong province, the coastal manufacturing powerhouse across from Hong Kong, and the rest fanned out across China.

The cities outside Hubei province that were top destinations for trips from Wuhan between January 10 and January 24 were Chongqing, a municipality next to Hubei province, Beijing and Shanghai.

The travel patterns broadly track with the early spread of the virus. The majority of confirmed cases and deaths have occurred in China, within Hubei province, followed by high numbers of cases in central China, with pockets of infections in Chongqing, Shanghai and Beijing as well.

"Five million out. That's a big challenge. Many of them may not come back to Wuhan but hang around somewhere else. To control this outbreak, we have to deal with this.

He added that the initial spread of travellers to provinces in central China with large pools of migrant workers and relatively weaker health care systems "puts a big burden on the hospitals ... of these resource-limited provinces". 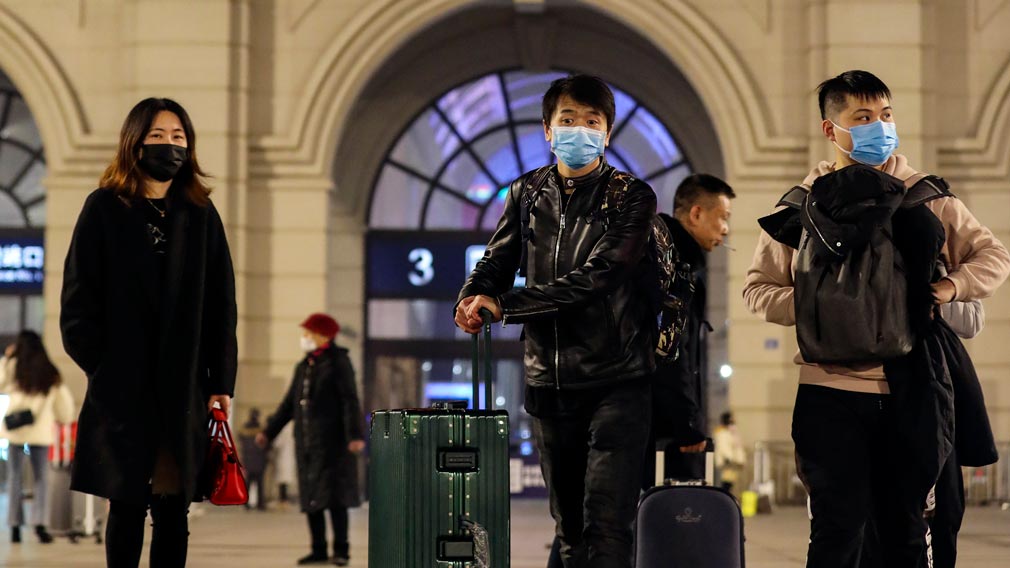 Baidu gathers travel data based on more than 120 billion daily location requests from its map app and other apps that use Baidu's location services.

Only data from users who agree to share their location is recorded and the company says data is masked to protect privacy.

Baidu's publicly available data shows proportional travel, not absolute numbers of recorded trips, and does not include trips by people who don't use mobile phones or apps that rely on Baidu's popular location services.

Public health officials and academics have been using this kind of mapping data for years to track the potential spread of disease.

A group of researchers from Southampton University's WorldPop research group, which studies population dynamics, used 2013-2015 data from Baidu's location services and international flight itineraries to make a predictive global risk map for the likely spread of the virus from Wuhan.

It's important to understand the population movements out of Wuhan before the city's lock down, said Lai Shengjie, a WorldPop researcher who used to work at China's Center for Disease Control and Prevention.

"Maybe they hadn't developed symptoms but could transmit the virus," he said.

"We need to look at destinations across China and the world and focus on the main destinations and try to prepare for disease control and prevention."

The last trains left Wuhan the morning of January 23, cutting off a surge of outbound travel that had begun three days earlier, Baidu data shows.

As passengers on board the Diamond Princess cruise ship near Japan enter their second week of quarantine, six new cases have been discovered on board.

There are now 70 cases of coronavirus on board the ship, with seven of those passengers Australian.

It comes as six Australians have been released from the World Dream cruise ship off the coast of Hong Kong after it was cleared of coronavirus, while Australians evacuated from the epicentre in Wuhan have spent their first night in quarantine near Darwin. 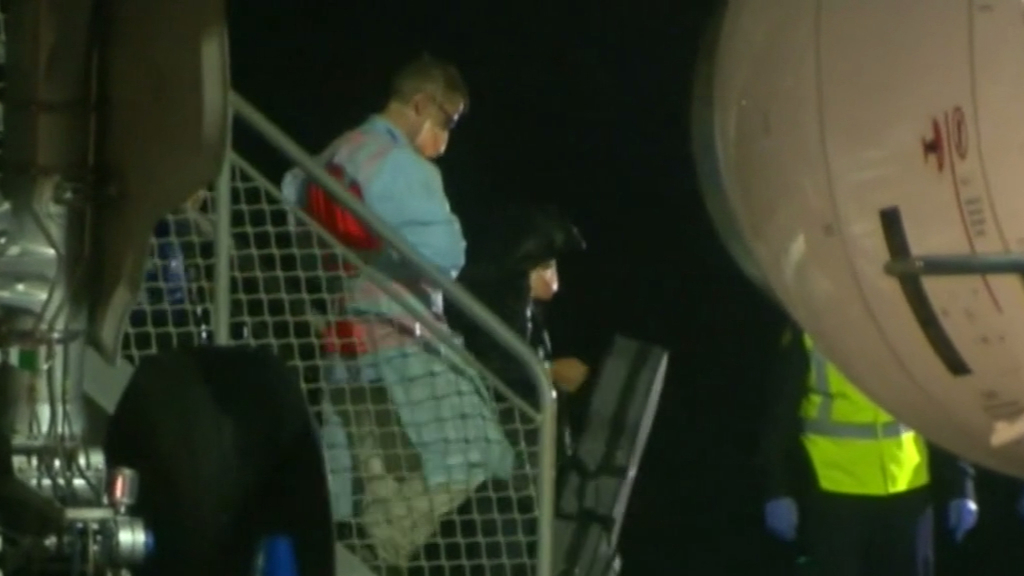 How the rest of the world responded

Other nations soon followed suit, including the United States, Australia, Singapore, New Zealand and the Philippines, all of which have sharply restricted entry for people coming from China. Others, like Italy and Indonesia, have barred flights.

WorldPop researchers found that travel out of Wuhan has historically ramped up in the weeks before Lunar New Year's Day.

Based on historical travel patterns, they identified 18 high-risk cities within China that received the most travellers from Wuhan during this period.

They then used 2018 flight itineraries from the International Air Transport Association to map the global connectivity of those cities.

They note that travel patterns after restrictions started rolling out on January 23 will not match historical norms and that the cities they identified are initial ports of landing; travellers could have subsequently moved elsewhere. 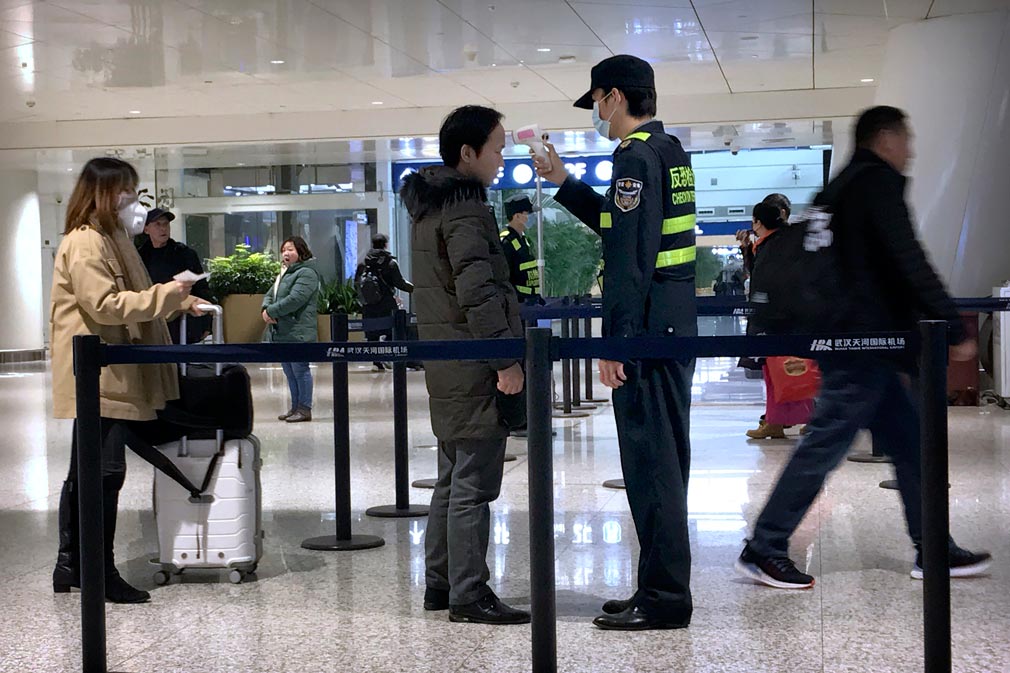 Why is Africa vulnerable?

The African continent is particularly vulnerable because of the weaker health infrastructure in many countries, and the longer cases go undetected, the more likely they are to spread.

"Capacity is quite weak in many African health services," Dr Michel Yao, emergency operations manager for the World Health Organization in Africa, told the AP.

This new virus "could overwhelm health systems we have in Africa".

The Africa Centers for Disease Control, formed three years ago in response to the Ebola crisis in West Africa, said screening has been stepped up at ports of entry across Africa.

Egypt began screening passengers from affected areas in China on January 16. Over the next eight days, Nigeria, Ethiopia, South Africa, Mauritius and Kenya all put screening systems in place. No confirmed cases have been reported.

Mr Lai and his colleagues said they found a "high correlation" between the early spread of coronavirus cases and the geographical risk patterns they identified.

The first case of the virus outside China was reported on January 13 in Thailand, followed two days later by Japan, the countries with the highest connectivity risk, according to WorldPop's analysis.

Within 10 days of Wuhan's quarantine, the virus had spread to more than two dozen countries; nine of the 10 countries with the most flight connections to at-risk mainland cities also had the highest numbers of confirmed cases, mostly afflicting people who had been in China.

The pattern isn't perfect; Zhejiang province, for example, was not a top destination from Wuhan this year, according to Baidu data, but now has among the highest numbers of confirmed cases.

"Our aim was to help guide some of the surveillance and thinking around the control measures," Andrew Tatem said.

Mr Tatem is the director of WorldPop. He added that his group plans to update their analysis.

"There was a huge amount of movement out of the Wuhan region before the controls came into place," he said.

"Now we're getting to stage of having data from multiple places on the scale of outbreaks elsewhere."

What is the coronavirus?

Scientists have identified the new virus as a coronavirus, a family of viruses that includes ones that can cause the common cold, as well as others that cause more serious illnesses, like SARS, or severe acute respiratory syndrome.

Many are now focused on what will happen after the second wave of the Lunar New Year rush as people once again crowd onto trains, buses and planes to head back to work. The Chinese government extended the holiday, which was supposed to end on January 30, to February 2. Shanghai, Beijing and several Chinese provinces ordered businesses to remain shut through Sunday, leaving the nation's great megalopolises feeling like ghost towns.

"It's in cities where people interact much more," Mr Tatem said.

"That's potentially the worry of lots of people coming back in. A few people seeding that could result in a bigger problem."