American military police sought to use a “heat ray” considered too unethical for use in Iraq on protesters outside the White House.

American military police sought to use a "heat ray" considered too unethical for use in Iraq on protesters outside the White House.

Hours before federal forces charged and attacked demonstrators in Lafayette Square on June 1, defence officials were searching for crowd control devices that had been forbidden from use in war zones.

The revelation comes from sworn testimony from DC National Guard Major Adam DeMarco, which was shared with the Washington Post. 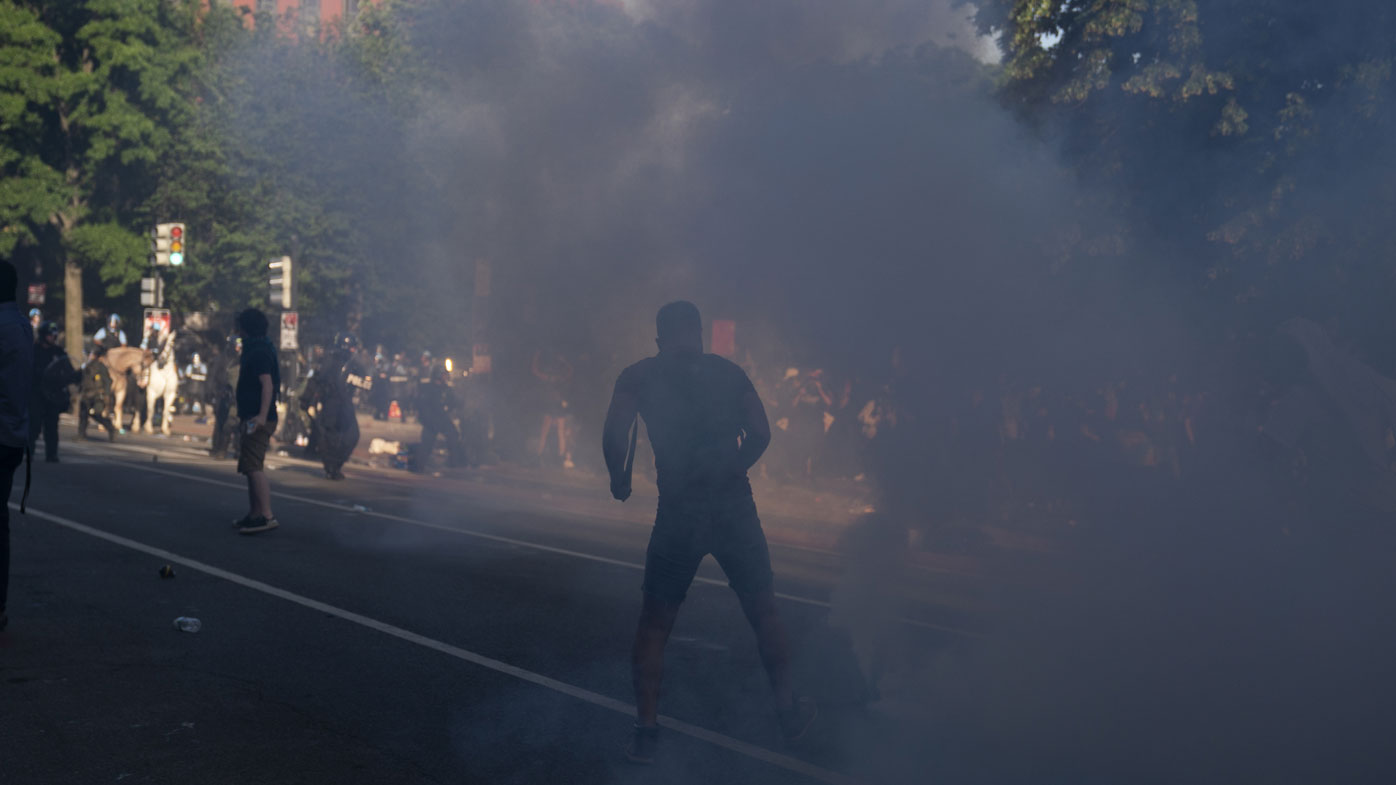 The ADS is a heat ray that makes a person feel like their skin is on fire.

"The ADS can immediately compel an individual to cease threatening behaviour or depart through application of a directed energy beam that provides a sensation of intense heat on the surface of the skin," the email read.

"The effect is overwhelming, causing an immediate repel response by the targeted individual." 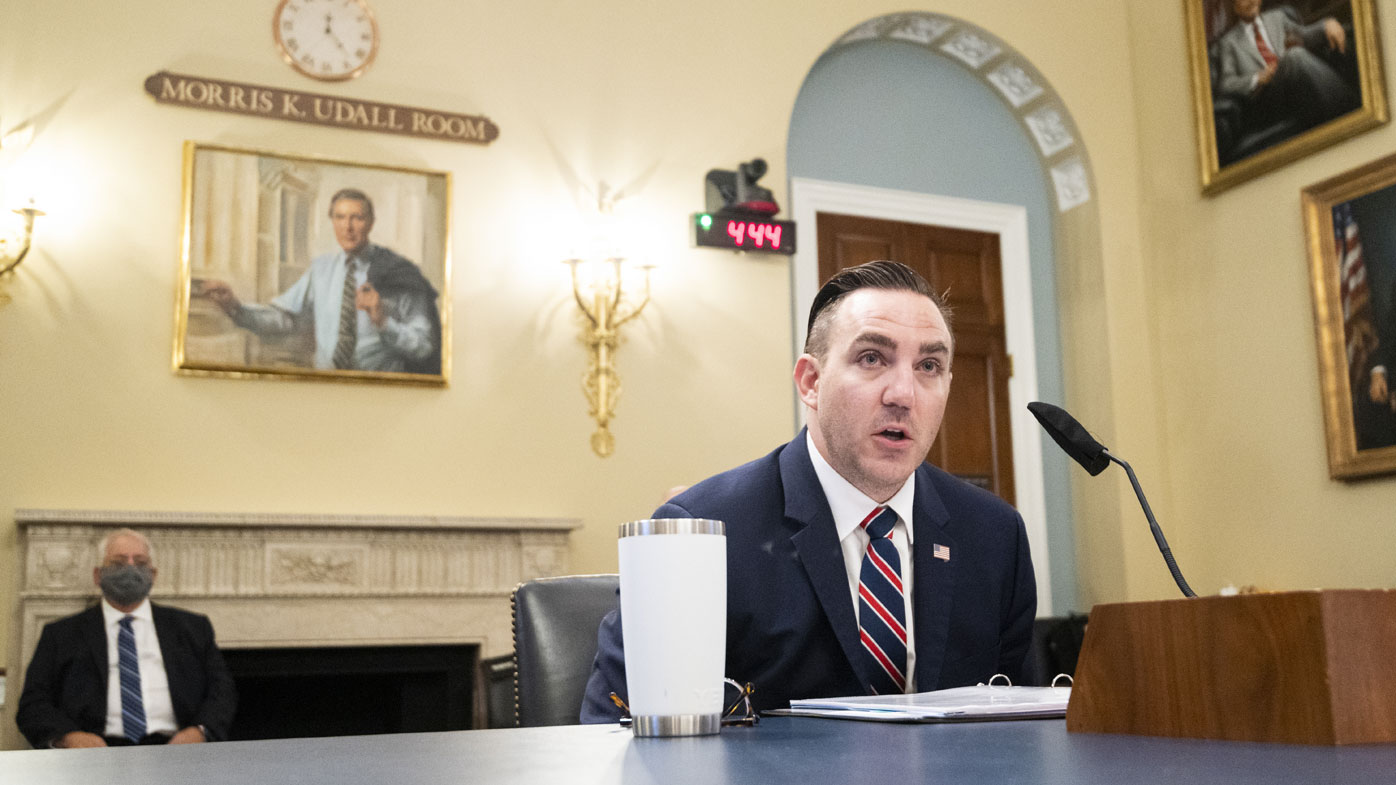 Major DeMarco said a cache of M4 carbine assault rifles were transferred to the DC Armoury from other states on the day.

Neither the ADS or the LRAS were used to disperse the protesters.

Instead a phalanx of police on foot and horseback charged the crowd, dispersing tear gas and attacking demonstrators and journalists. 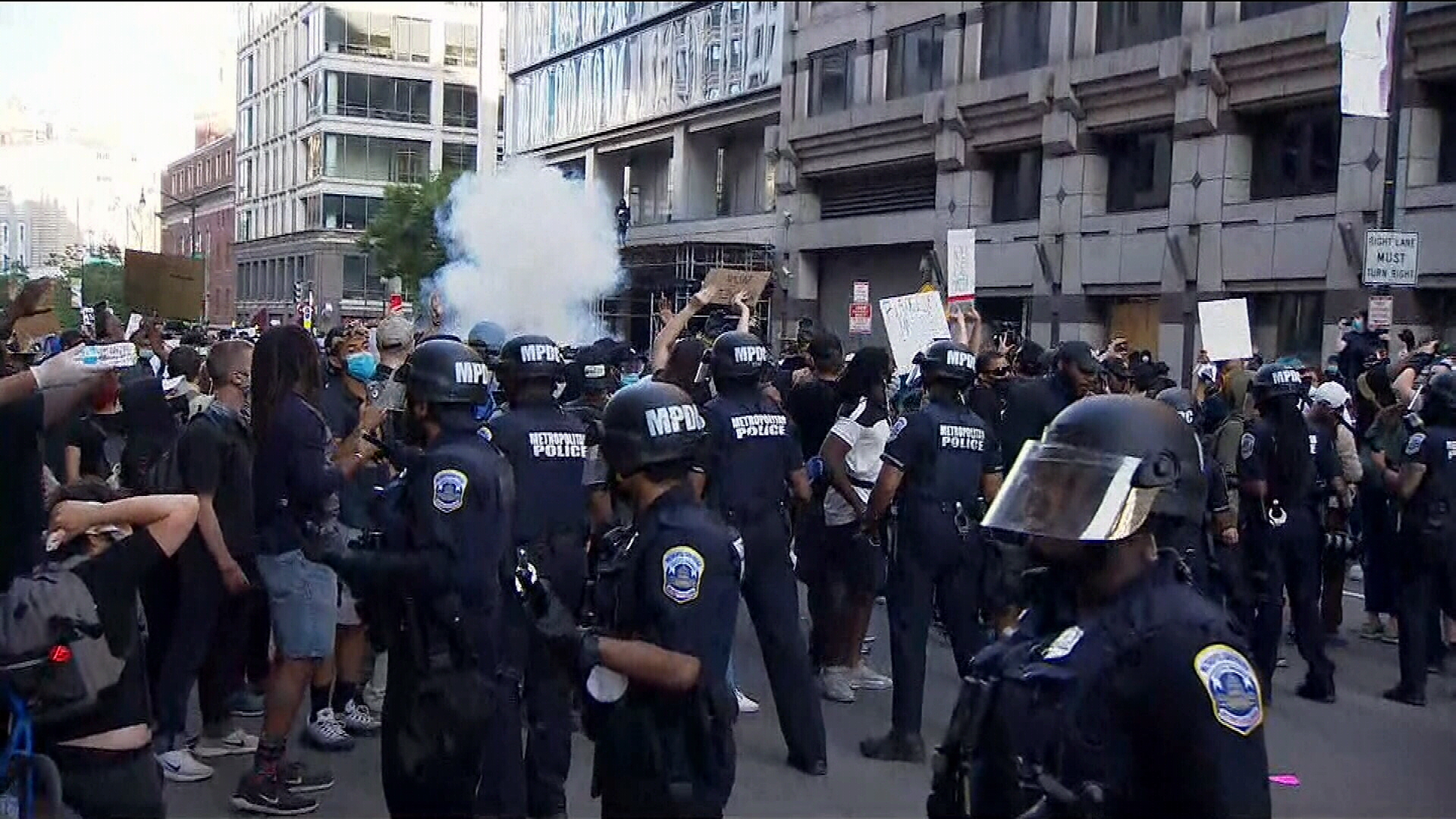 Channel Seven reporter Amelia Brace was broadcasting live when she was struck in the middle of the back by a truncheon.

Her cameraman Tim Myers was punched and hit with a shield by another officer.

READ:  'We will live with this virus': PM sets wheels in motion to open up

Federal officers said the crowd was warned to disperse before they were charged. 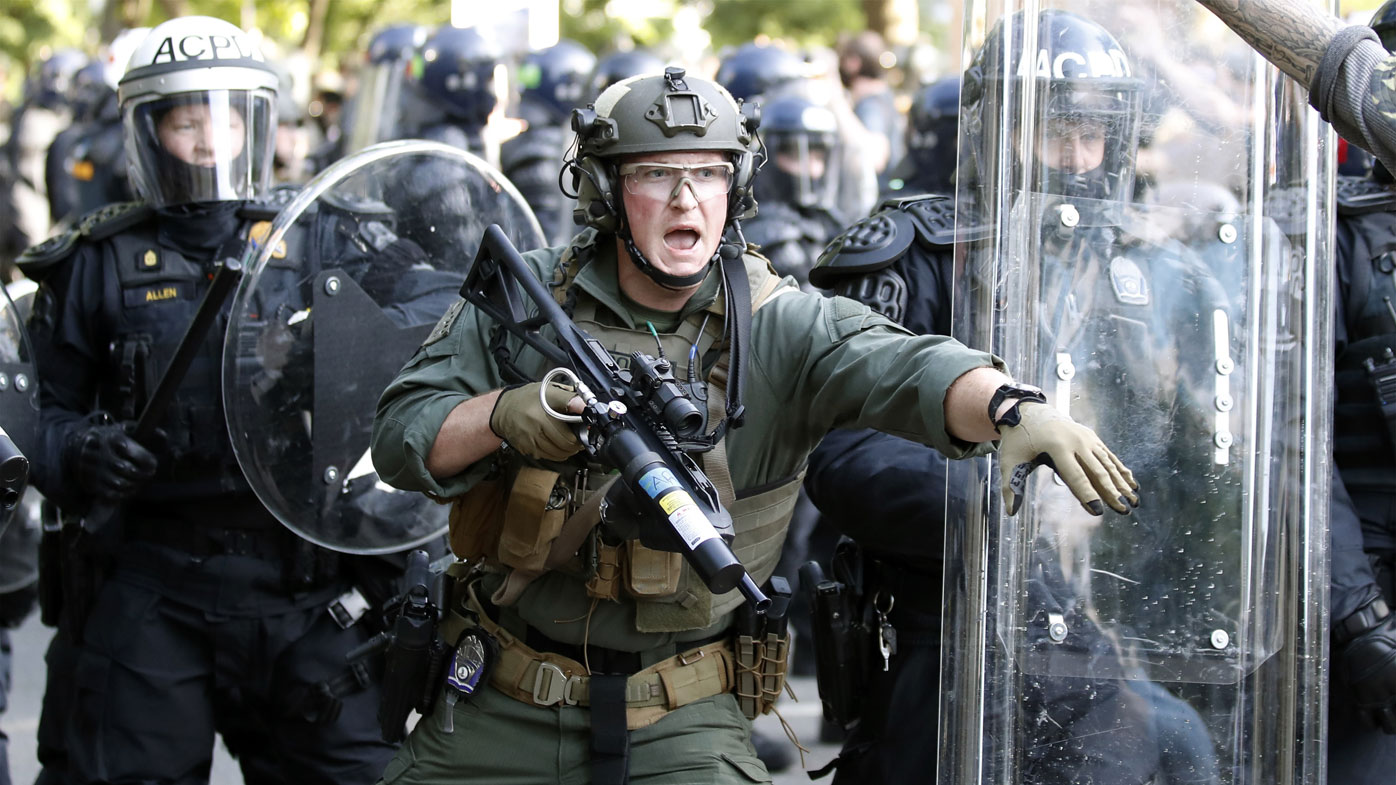 But Major DeMarco said he could not hear what was being said on the megaphone.

"The announcements were barely audible," he testified.

"I saw no indications that the demonstrators were cognisant of the warnings to disperse." 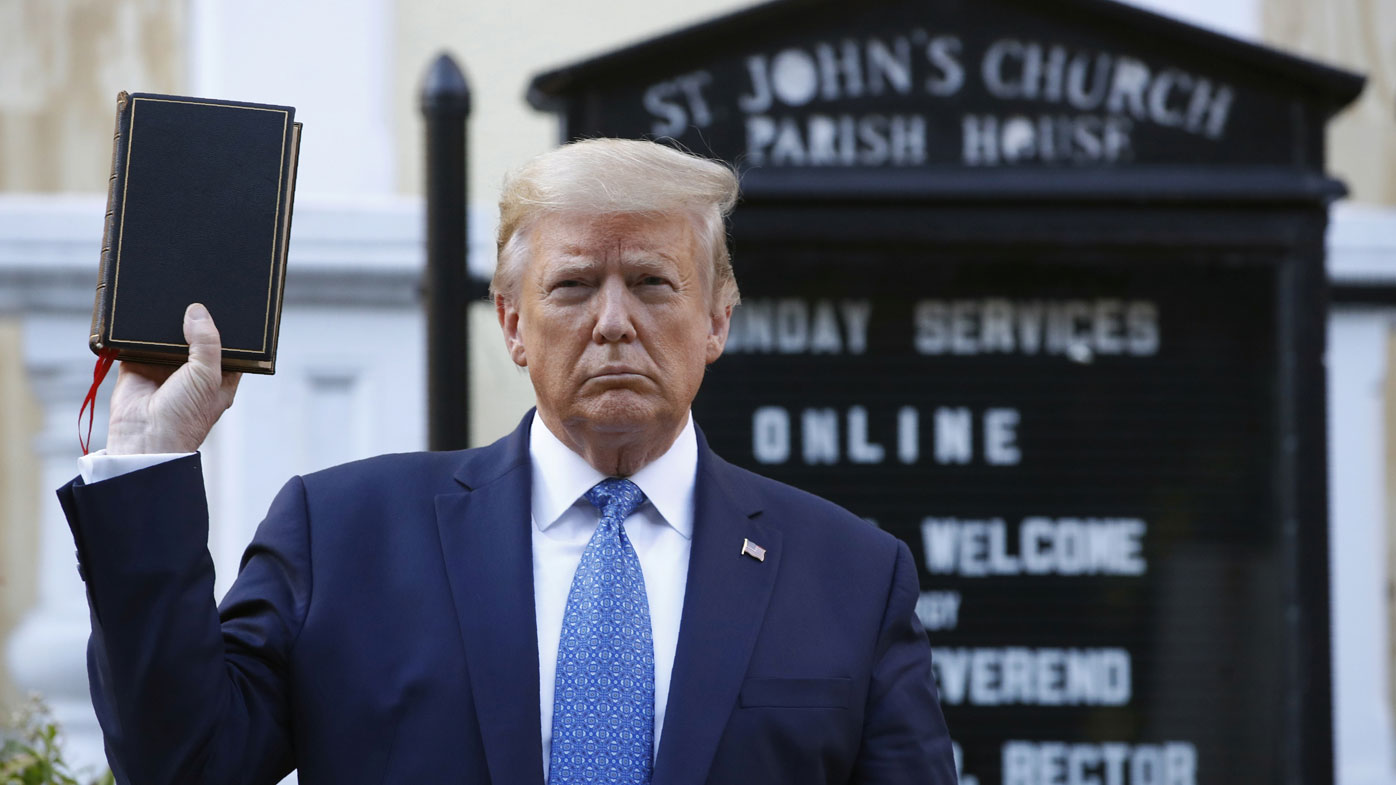 He said he did not feel threatened by the protesters at any point.

After Lafayette Park, located just outside the White House, was cleared, President Donald Trump walked across to a nearby church for a photo opportunity.

He was joined by the Attorney-General Bill Barr, Defence Secretary Mark Esper, his daughter Ivanka, as well as a group of White House aides and senior military officers. 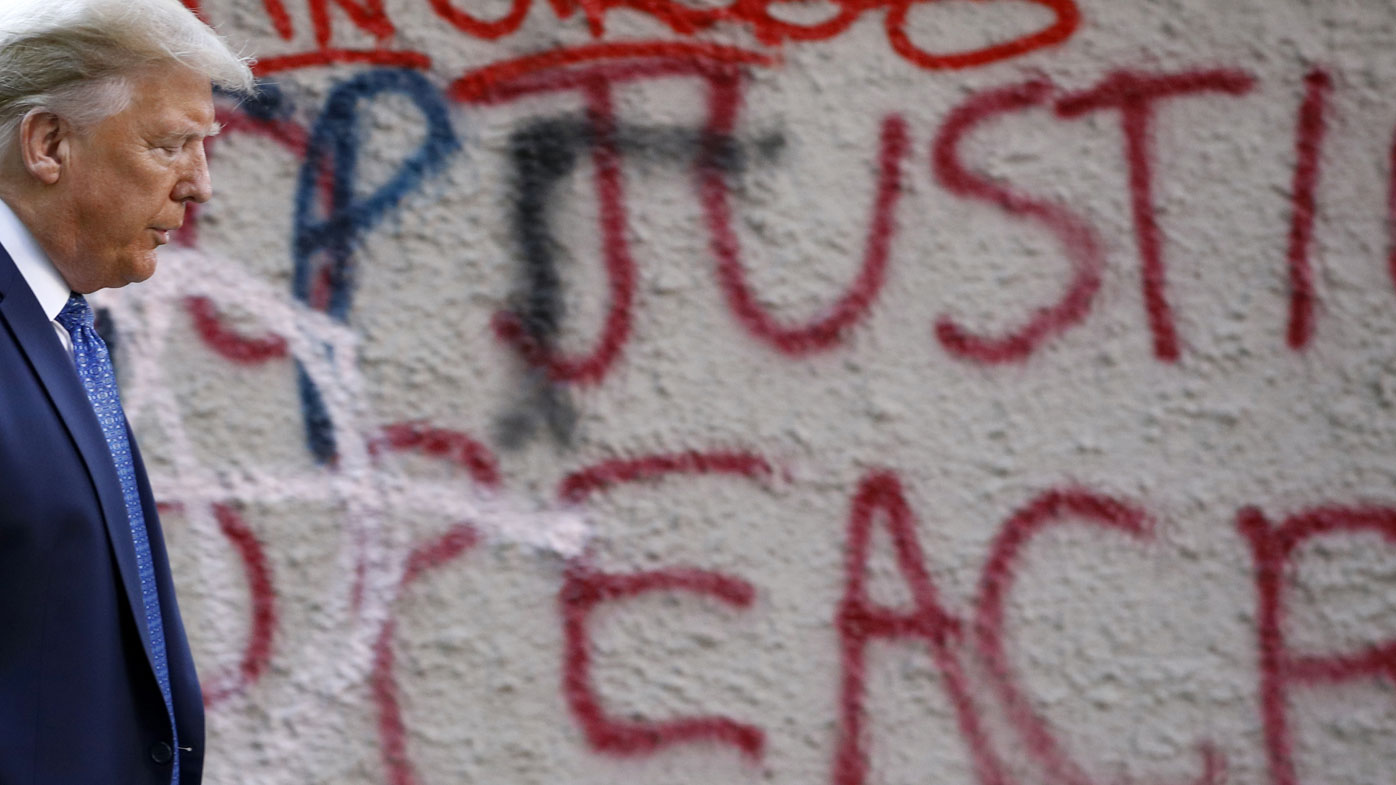 He went into the church, then came out with a Bible that he held up for cameras.

Nobody from St John's Episcopal Church was told of the president's visit ahead of time, and church members and priests were among those forced away because they had been tear-gassed.

"Everything he has said and done is to inflame violence," she said.

"We need moral leadership, and he's done everything to divide us."

The protest in Lafayette Square, like many others happening at the same time across the United States, was in response to the death of Minnesota man George Floyd at the hands of local police.