Vice President Mike Pence was vaccinated for COVID-19 on Friday (12am Saturday AEDT) in a live-television event aimed at reassuring Americans the vaccine is safe.

President Donald Trump's administration helped deliver vaccinations against the coronavirus earlier than even some in his administration thought possible, launching Operation Warp Speed — the government campaign to help swiftly develop and distribute vaccines — this spring with great fanfare in the White House Rose Garden. 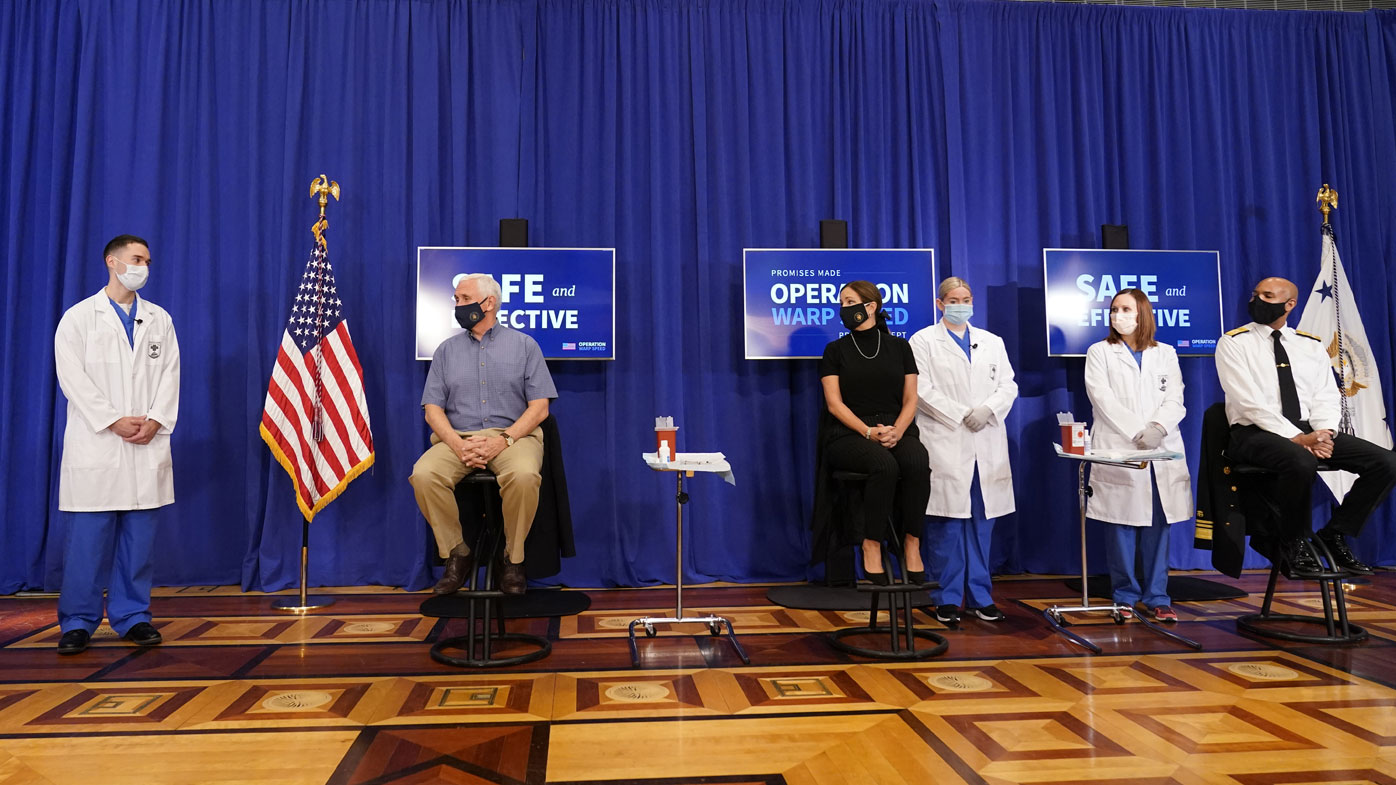 But five days into the largest vaccination campaign in the nation's history, Trump has held no public events to trumpet the rollout. He hasn't been inoculated himself. He has tweeted only twice about the shot. Pence, meanwhile, has taken center stage — touring a vaccine production facility this week and receiving a dose himself on live television Friday morning. House Speaker Nancy Pelosi and Senate Majority Leader Mitch McConnell both said Thursday that they will get vaccinated in the next few days.

RELATED: First Australians set to be vaccinated against COVID in March

Trump's relative silence comes as he continues to stew about his defeat in the November 3 election and embraces increasingly extreme efforts to overturn the people's will. He's pushed aside the plans of aides who wanted him to be the public face of the vaccination campaign, eschewing visits to labs and production facilities to thank workers, or hosting efforts to build public confidence in the shot, according to people familiar with the conversations. 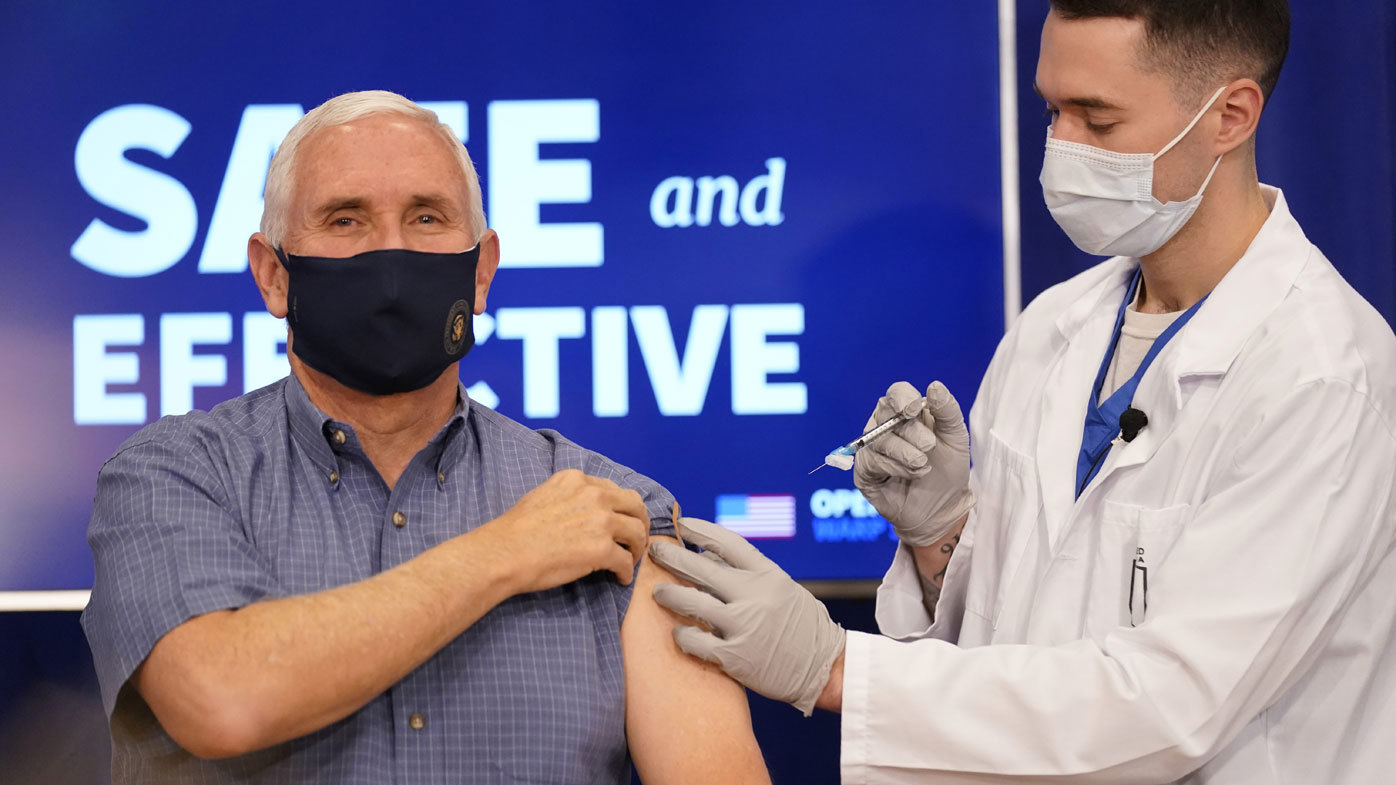 The sheepish approach has been surprising, especially for a president rarely shy to take credit, said Lawrence Gostin, a professor at Georgetown Law who focuses on public health.

READ:  Yes, Viruses Used To Be Named After Places. Here's Why They Aren't Anymore

"The President's relatively low profile on the COVID response since the election is curious and counter to Mr. Trump's own interests," he said. Gostin, who has criticized Trump's handling of the pandemic in the past, said that he "deserves a great deal of credit" for Operation Warp Speed and placing a bet on two vaccines that use groundbreaking mRNA technology.

"Having exhibited leadership in the vaccines' development, he should take great pride in publicly demonstrating his trust in COVID vaccines," he said.

Trump did appear at a White House "summit" ahead of the Food and Drug Administration's approval of the Pfizer vaccine last week. That event included an introductory video highlighting the past comments of those — including top government infectious-disease expert Dr. Anthony Fauci — who doubted a shot would be ready this year. 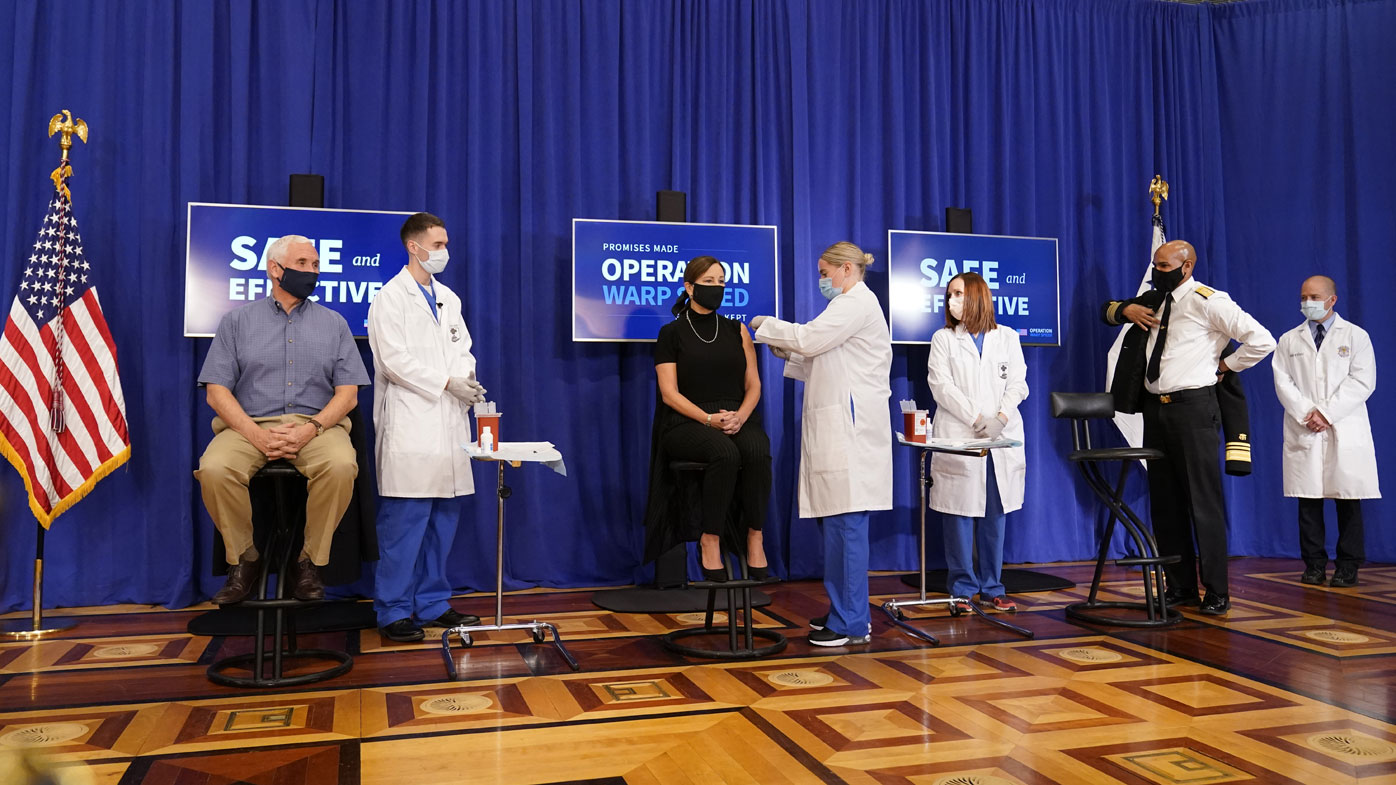 But many Trump aides are puzzled by his low profile now that the vaccine is actually being injected. They see it as a missed opportunity for the president, who leaves office at noon on Jan. 20, to claim credit for helping oversee the speedy development and deployment of the vaccine that is expected to finally contain the virus that has killed more than 310,000 Americans.

Trump himself has tried to minimise any credit that might go to his successor, President-elect Joe Biden, who will preside over the bulk of the nationwide injection campaign next year. Biden expects to receive his shot as soon as next week. 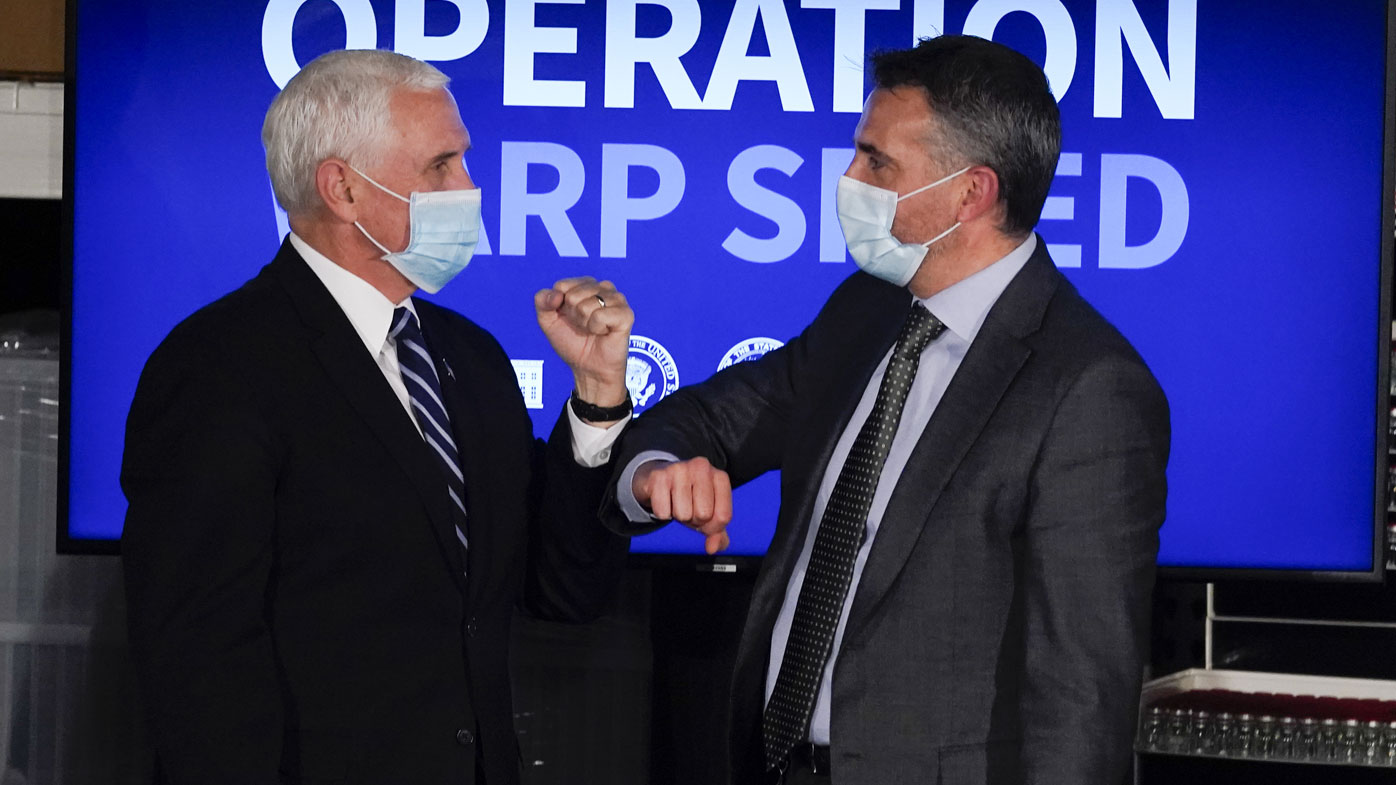 Despite Trump's claims, FDA scientists were the ones who came up with the idea for Operation Warp Speed, the White House-backed effort through which millions of doses of coronavirus vaccines and treatments are being manufactured even as they are still being evaluated. And much of the groundwork for the shots was laid over the past decade, including through research on messenger RNA, or mRNA, used in the vaccines developed by both Pfizer and Moderna. Pfizer developed its vaccine outside Operation Warp Speed but is partnering with the federal government on manufacturing and distribution.

Trump's low-key approach could have an impact on public health. Fauci told NBC News this week that 75% to 85% of the nation needs to be vaccinated to achieve "herd immunity," making the public education campaign about the vaccine's safety all the more pressing.

A survey from The Associated Press-NORC Center for Public Affairs Research found that only about half of Americans want to get the vaccine as soon as possible. Another quarter of the public isn't sure, while the remaining quarter say they aren't interested. Some simply oppose vaccines in general. Others are concerned that the injections have been rushed and want to see how the roll-out goes.

As Trump sat on the sidelines, some of his favoured commentators, including Fox News' Tucker Carlson, were questioning the safety of the vaccine.

White House deputy press secretary Brian Morgenstern said Trump "will continue to update the country through a variety of means while giving medical professionals and hardworking staff at OWS the space to do their jobs and save lives."

While senior officials are beginning to make plans to receive the vaccine in public to help build public confidence, Trump, who was hospitalised with COVID-19 in October, is taking his time.

According to guidance from the Centres for Disease Control and Prevention, there is not yet enough information to determine whether those who have had COVID-19, like Trump, should get the vaccine. Still, Fauci recommended that Trump take it publicly without delay.

"Even though the president himself was infected, and he has, likely, antibodies that likely would be protective, we're not sure how long that protection lasts. So, to be doubly sure, I would recommend that he get vaccinated as well as the vice president," Fauci told ABC News.

It was not clear whether first lady Melania Trump, who came down with COVID-19 at the same time as her husband, would be vaccinated.

"The last thing I would say to every American is be confident that we have cut red tape, but we've cut no corners when it comes to the development of this vaccine," Pence said this week at an Indiana vaccine production facility.

White House press secretary Kayleigh McEnany told reporters this week that Trump, who has previously spread misinformation about other vaccines, was trying to send a message about priorities by delaying his own inoculation.

"The president wants to send a parallel message which is, you know, our long-term care facility residents and our front-line workers are paramount in importance," she said.

Gostin disagreed. "It will be enormously damaging to public trust in the vaccine if President Trump isn't visibly enthusiastic, including getting his shot on national television," he argued. "It simply isn't good enough to have Vice President Pence as a proxy."

Presidents and their family members have often made a display of their vaccinations to boost public confidence. President Dwight Eisenhower highlighted that one of his grandchildren was among the first wave of American children vaccinated for polio. In 2009, President Barack Obama and his wife, Michelle, vaccinated both their young daughters, who were in a higher risk group, for the swine flu.