International superstars and homegrown music icons were among the performers who honoured Australian music industry icon Michael Gudinski at a state memorial service in Melbourne.

Ed Sheeran, Kylie Minogue, Jimmy Barnes, Paul Kelly, Mia Wray and Mark Seymour with Vika and Linda performed at the service for the industry icon who brought the stars to Australia - and created the nation's own - at Melbourne's Rod Laver Arena. 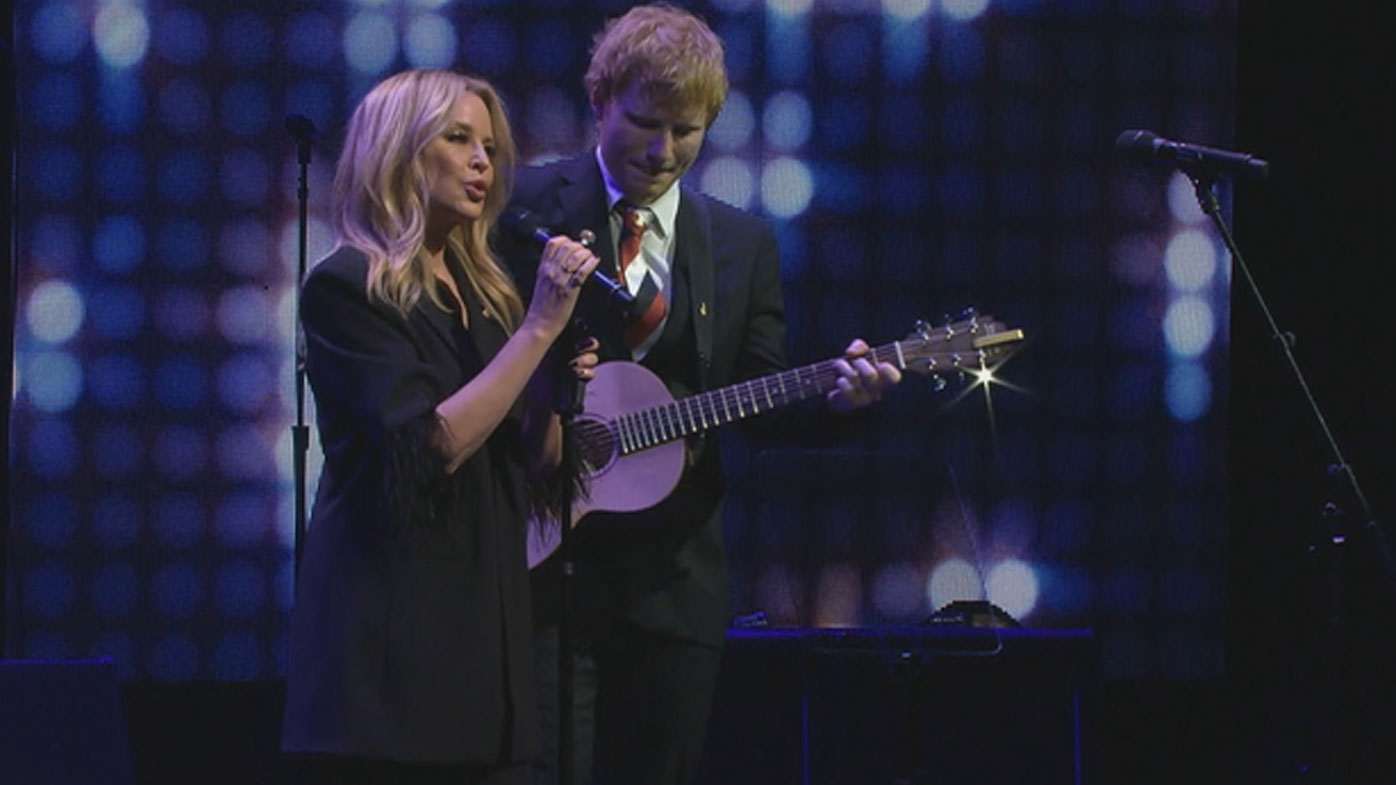 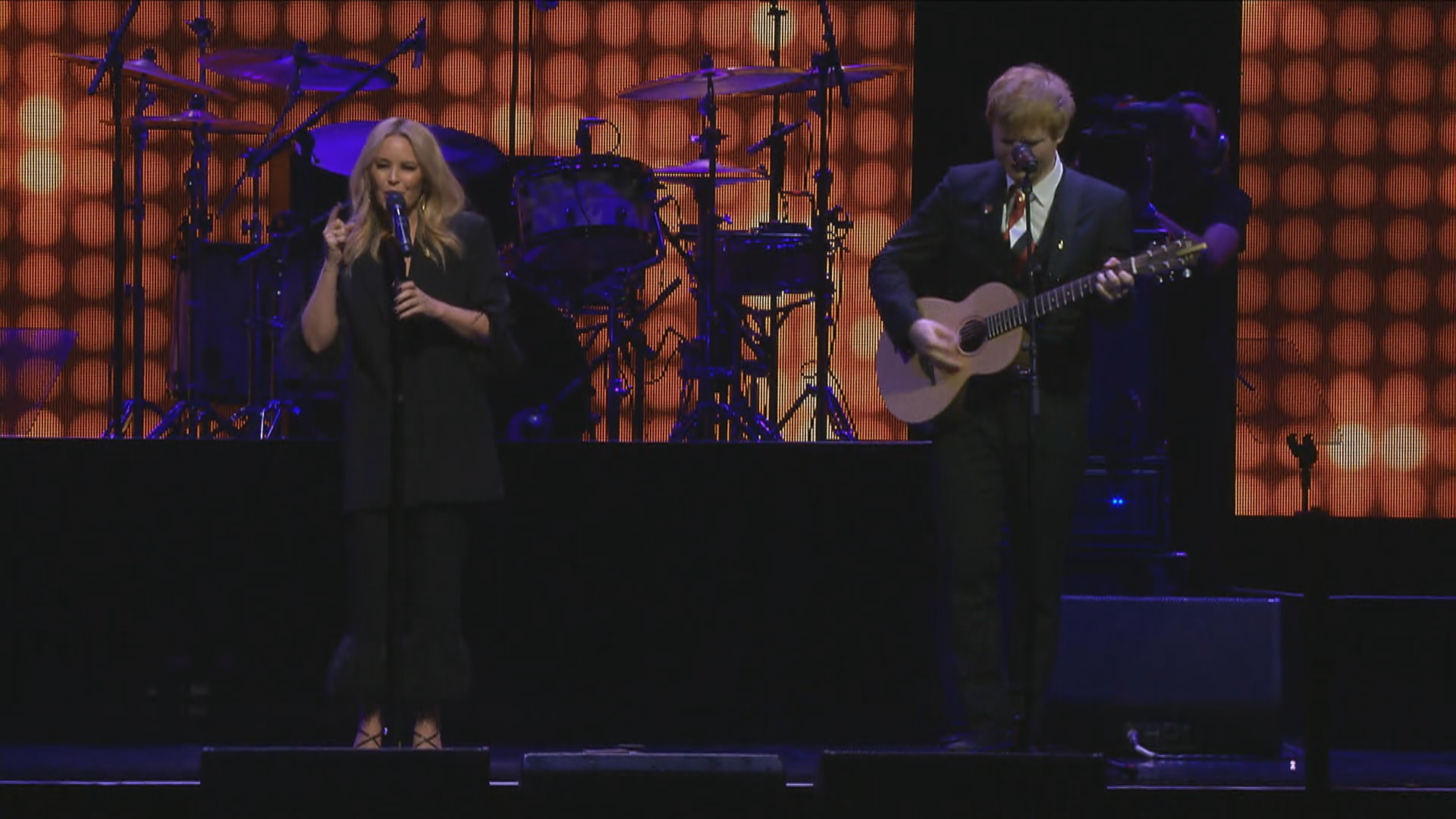 Sheeran, who sang with one of Gudinski's most successful acts, Kylie Minogue, called him a "tornado of joy".

The British pop singer broke down on stage as he performed a new song called Visiting Hours, which he said he wrote during his quarantine after flying into Australia for the event.

"I'm extremely, extremely grateful to be here - it's a difficult thing to get into this country and I don't take it for granted at all, all the hard work it's taken to get me here - I just appreciate the opportunity to be able to say goodbye," he said. 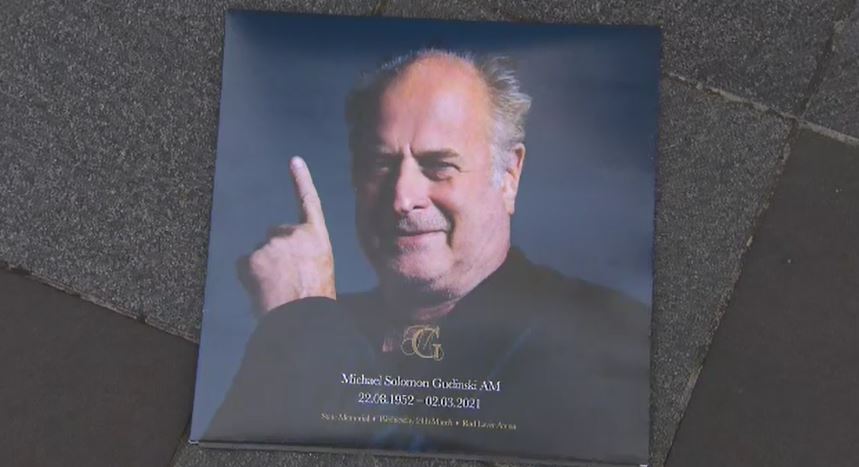 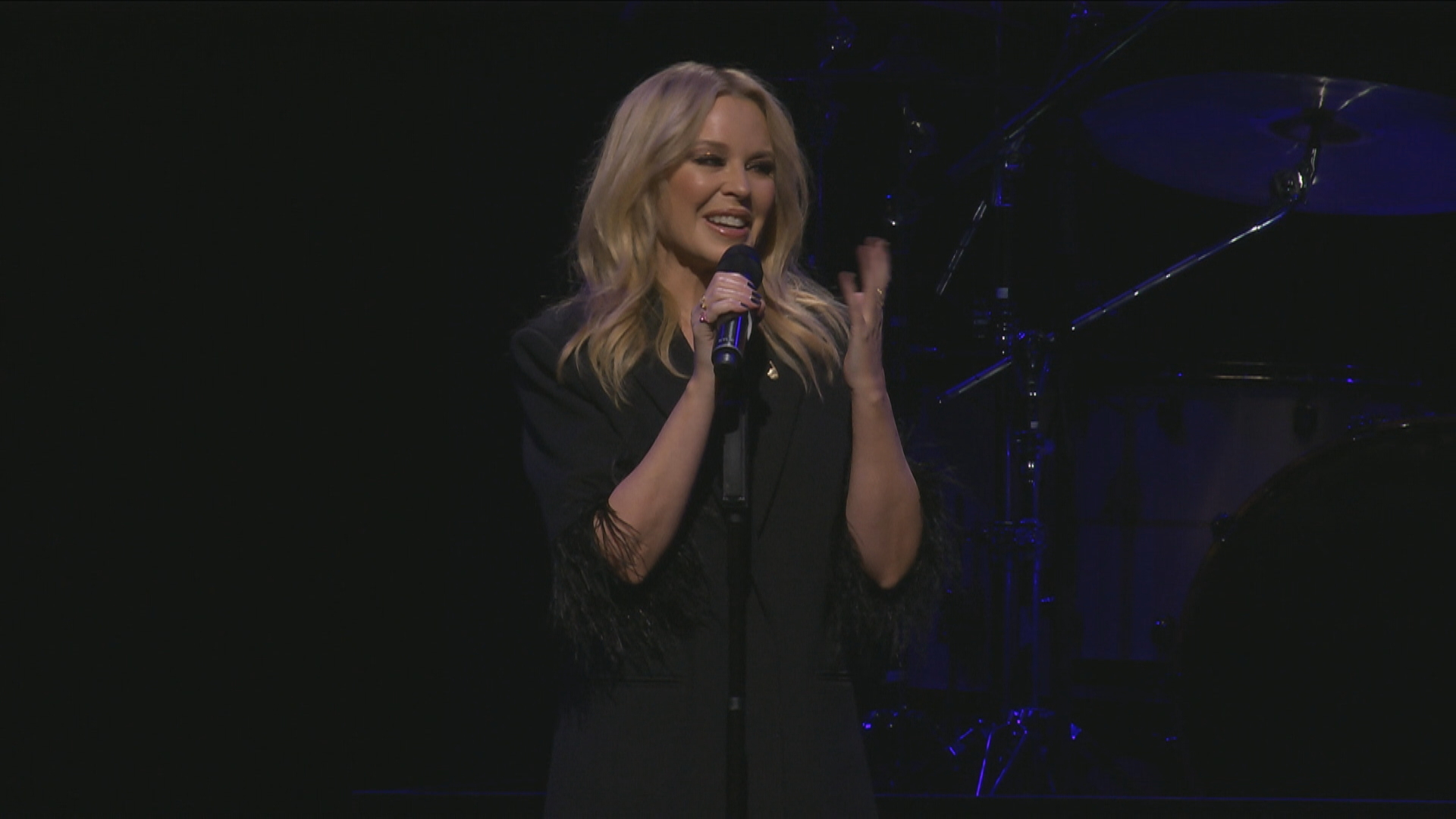 Sheeran was pictured arriving in Melbourne on Monday.

The 30-year-old Brit, reportedly flew into Australia via a private jet with his wife and baby daughter, undertaking 14-day quarantine in a private retreat in the Hawkesbury region of NSW, before heading south.

He was a close friend of Gudinski, posting a poignant photo of them together as well as a lengthy tribute, following the news of his death.

"In lockdown I was able to have a guitar, for quarantine," he said.

"I always find the best way to process stuff is to write songs, be it good news, bad news or whatever, so... here's a song I finished last week."

He also shared memories of the music promotor, including being at his house at Port Douglas when he played him his song, Castle on the Hill, which resulted in a running joke among the pair. 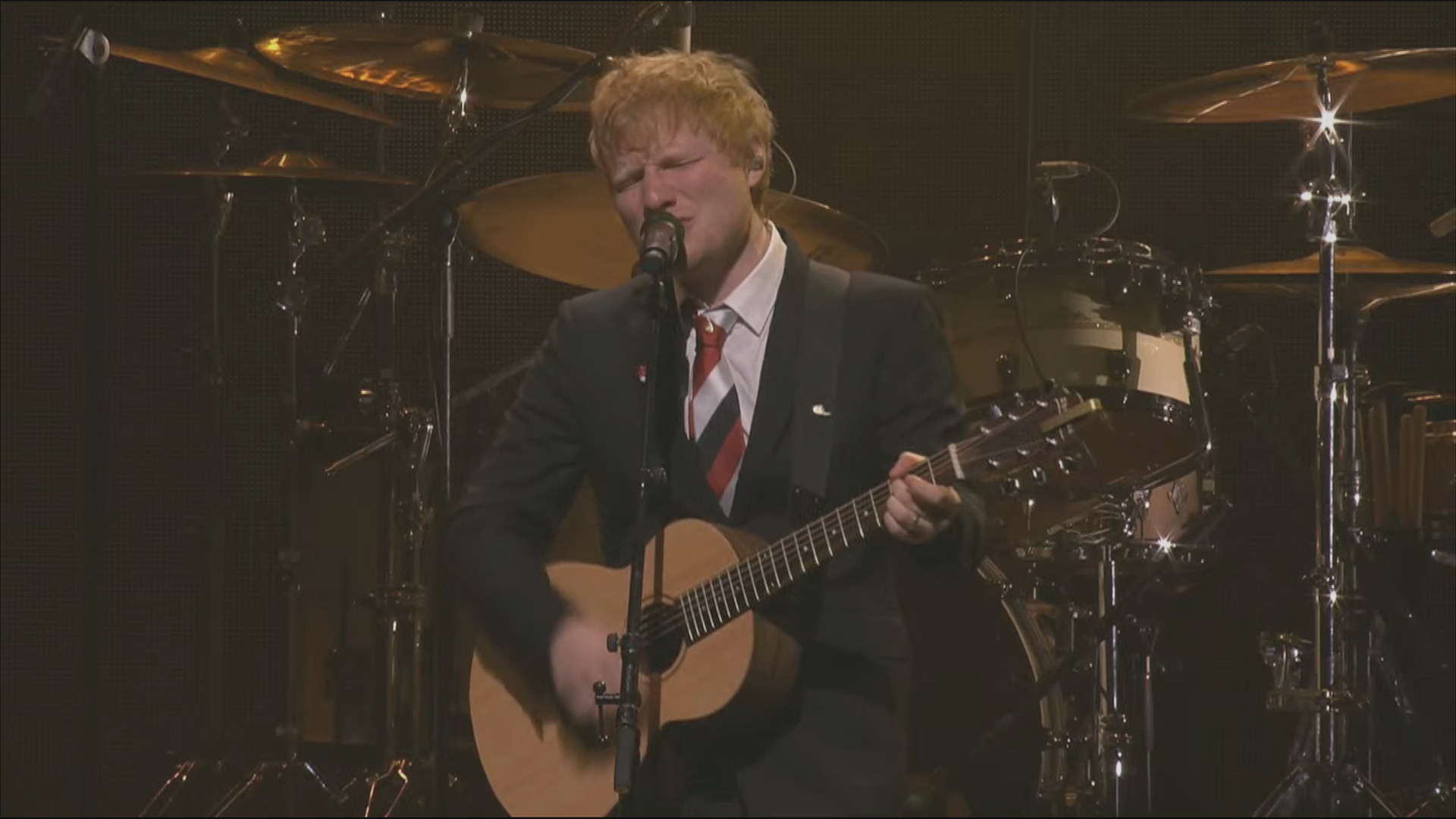 Gudinski's children, Matt and Kate, also spoke, and Mahalia Barnes, daughter of Jimmy Barnes who he also launched the career of, sang the national anthem.

Jimmy Barnes told the crowd: "I wouldn't be where I was today if it hadn't been for Michael."

The memorial started at 7:07pm, which was both in reference to Gudinski's interest in numerology as well as his favourite wine, Penfolds Bin 707. 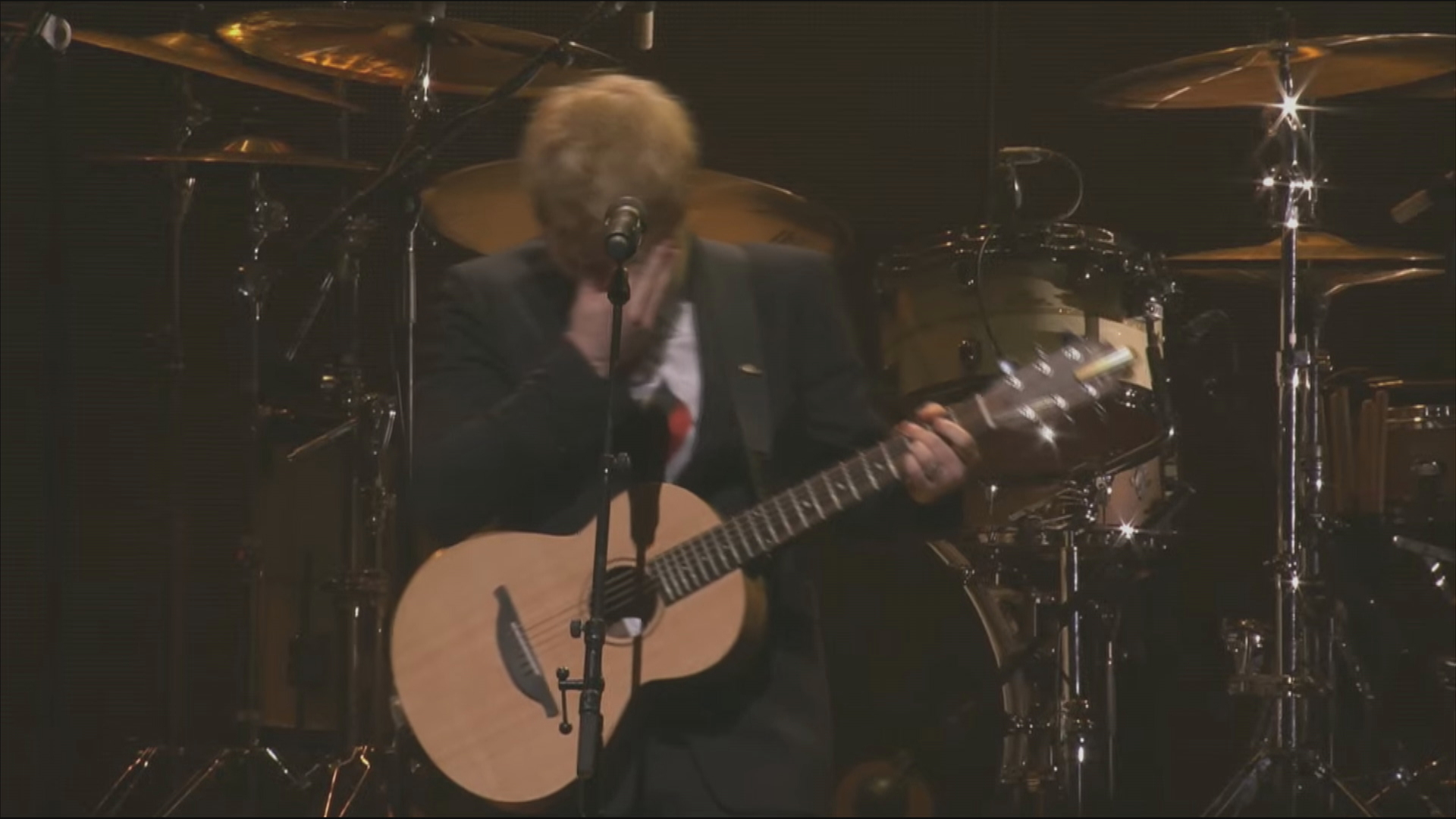 Meanwhile, Gudinski is also set to have an ARIA award renamed in his honour ahead of the memorial. 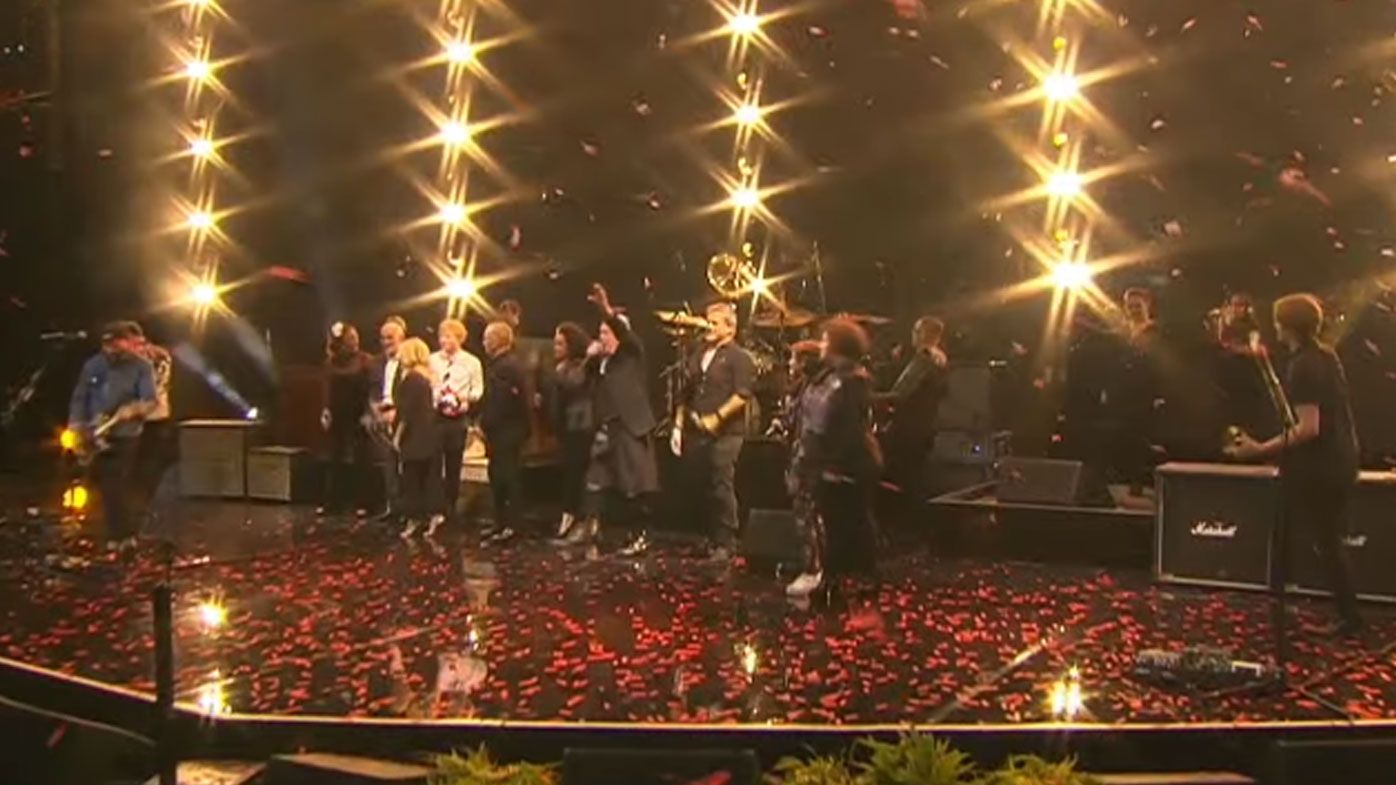 A total of 8000 members of the public who managed to secure tickets were at the memorial, with entertainment company Mushroom Group also live-streaming the event on YouTube.

In an earlier post on Instagram, Ed Sheeran said it was "so hard" to describe how much his friend meant to him. 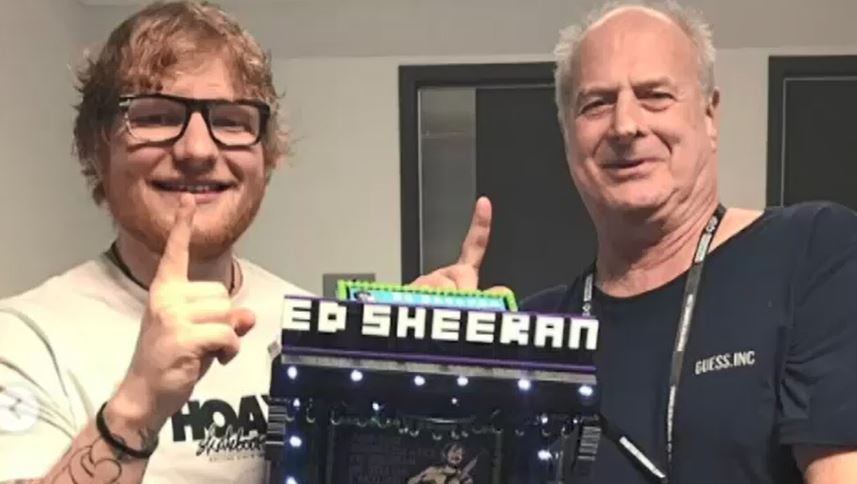 "Michael was a tornado of joy. You would know he arrived in the building just by hearing the chaotic bark of his, and you could feel the room get excited about the arrival of his presence," he said.

"He was such a force, and would make everyone feel like they were the most important person to him.

"We were, first and foremost, friends. He was a father figure and mentor to me."

Kylie Minogue, who performed some of her hits at the event, said in a post on Instagram after his death; "My heart is broken." 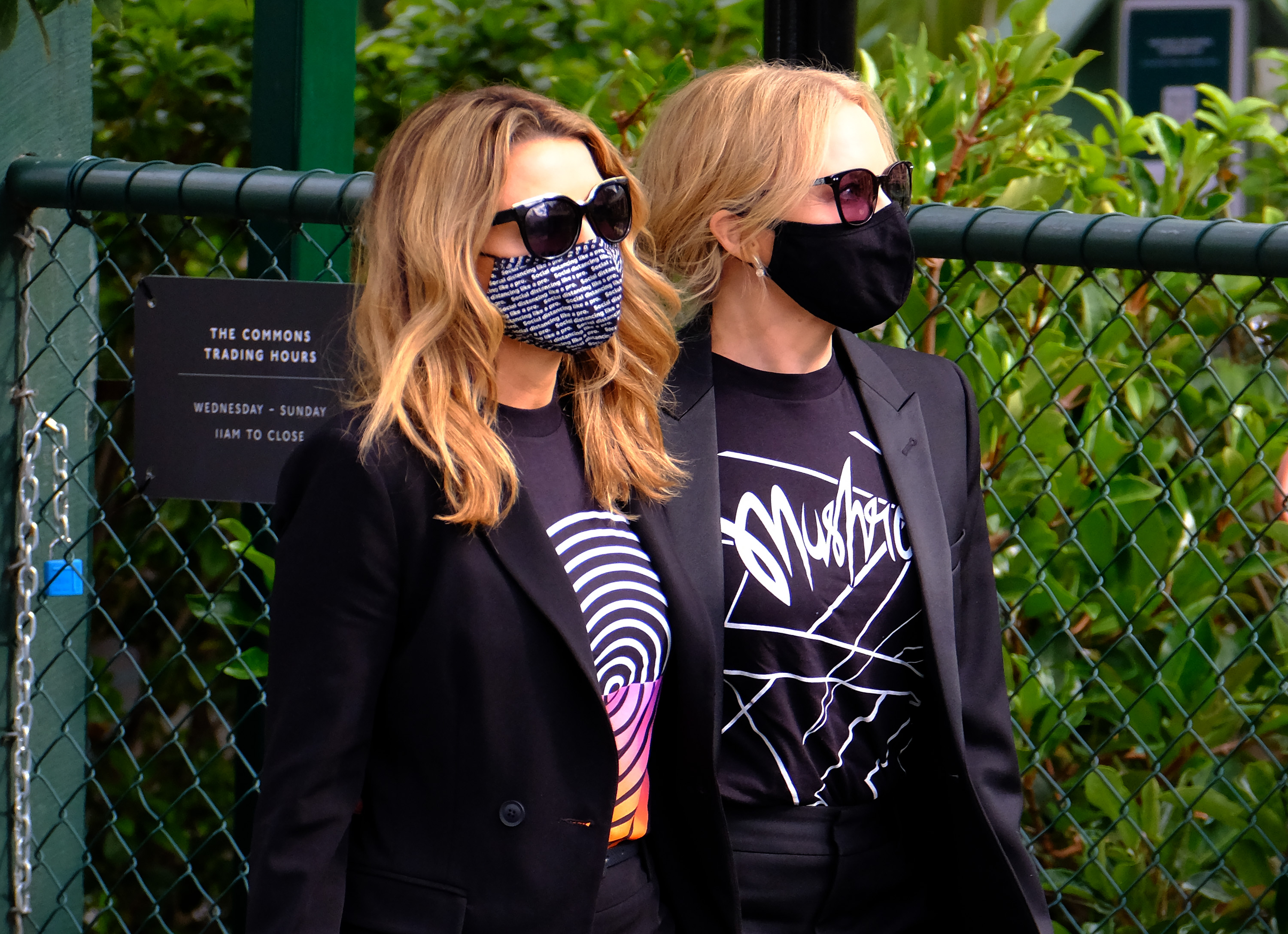 The record label founder was laid to rest at a private funeral at Ormond Hall in Melbourne earlier this month, the venue he first staged live shows in the 1970s.

Celebrities including the likes of Kylie and Dannii Minogue, Molly Meldrum, Jimmy Barnes and Tina Arena attended the service.