Mexican authorities have identified the remains of a second of 43 students who disappeared in September 2014.

Mexican authorities have identified the remains of a second of 43 students who disappeared in September 2014.

Christian Alfonso Rodríguez Telumbre was identified through DNA analysis of a bone fragment by the University of Innsbruck in Austria, head of the special unit of the Attorney General's Office reinvestigating the case, Omar Gómez said.

The result was confirmed by the Argentine Forensic Anthropology Team, which has been advising the Attorney General's Office. 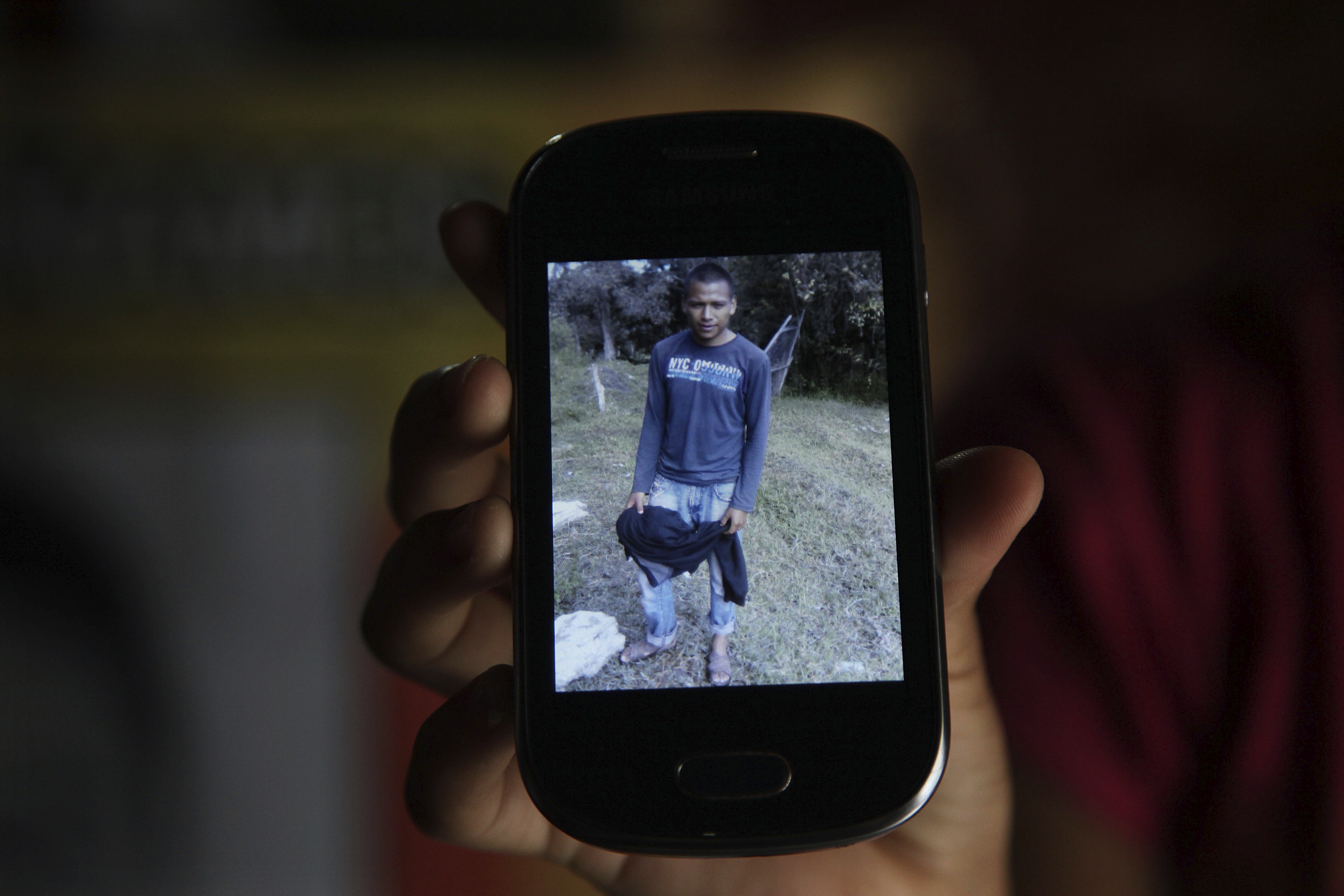 On September 26, 2014, students from the Rural Normal School of Ayotzinapa, a teachers college in the southern state of Guerrero, were abducted by local police in the town of Iguala.

They were then allegedly turned over to a local gang.

Read more: Mexican parents refuse to give up hope for missing students

Mr Rodríguez, also known as Lolo, was a 19-year-old who grew up in Tixtla, not far from the school's gates. 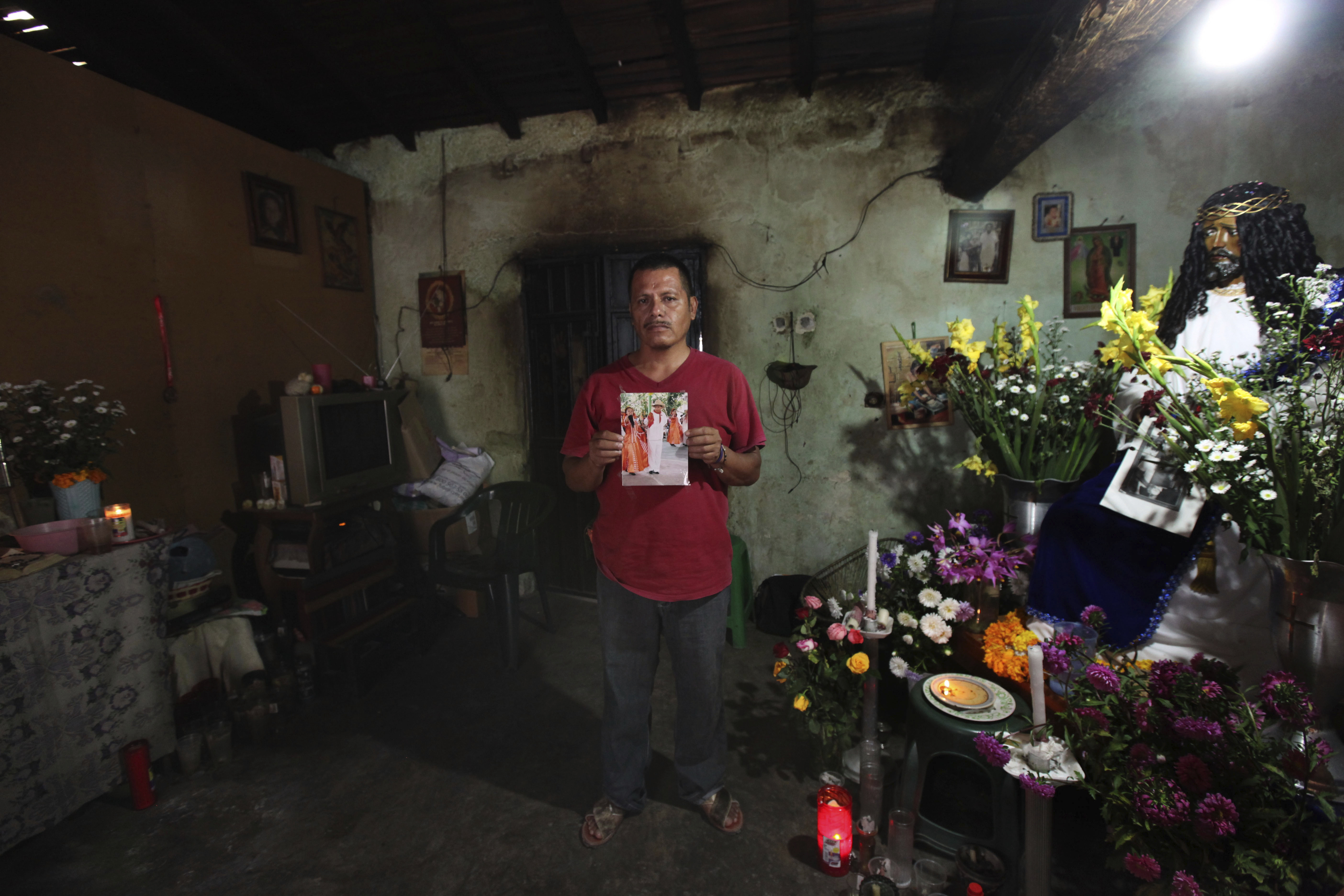 He had wanted to attend a university to study agronomy, but his family did not have the money, so he ended up at tuition-free Ayotzinapa.

His mother, María Telumbre, sold tortillas she made at home and his father, Clemente Rodríguez, delivered jugs of water from the back of a pickup.

Their son had just enrolled at Ayotzinapa that summer and had yet to take a class.

Along with other new students he was put to work planting crops and tending the school's animals. The new students' other responsibilities at the school known for its social activism involved raising funds in the form of taking over highway toll booths to solicit donations and commandeering buses to carry students to events.

That is what the students were doing in Iguala when local police took them off buses that day in September 2014.

In January 2015, then-Attorney General Jesus Murrillo Karam said it was the "historic truth" that the students' bodies had been incinerated in a huge fire at a garbage dump in the town of Cocula and their ashes were tossed into the San Juan River.

Experts dismissed various aspects of the government's report and the families never accepted it.

Mr Rodríguez's bone fragment was found in Cocula, but not at the dump or the river.

Other fragments were at another site called Butchers Ravine about a half mile from the dump, leader of the new federal investigation team Mr Gómez said.

"It was not tossed or found in the Cocula dump, nor in the San Juan River like the previous administration held up publicly and legally," Mr Gómez said.

How the remains ended up in that location is still under investigation. 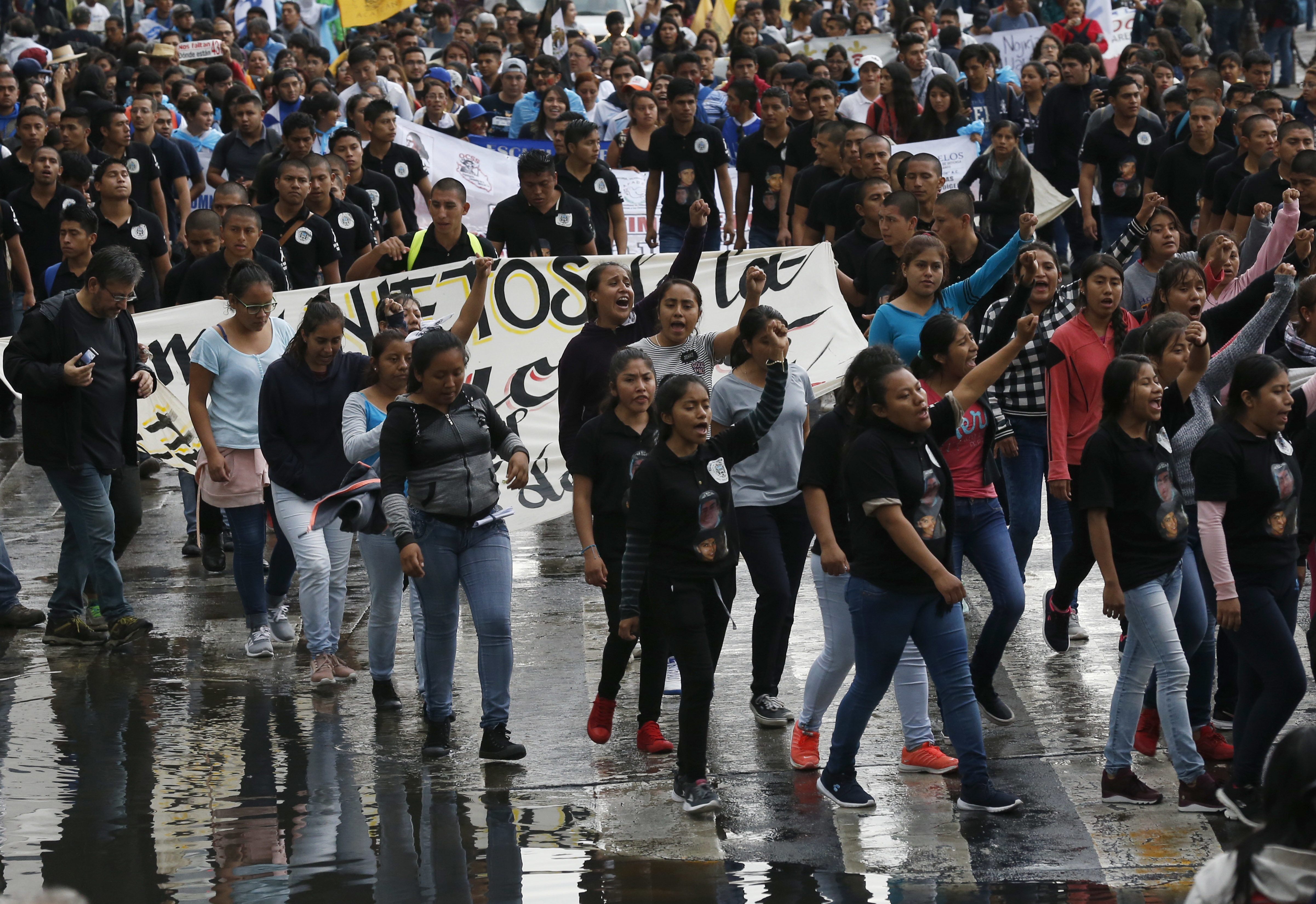 In December, Felix Santana, technical secretary of the Truth Commission created in early 2019 to follow the new probe, said investigators were led to the site by geospatial data and tips from informants.

References to the ravine had appeared in the original investigation as a possible location for some of the students' remains.

The area was searched in 2015, but a team of international experts formed by the Inter-American Commission on Human Rights wrote in their report that they doubted Mexican authorities had taken them to the right location.

On Tuesday, the Argentine forensic team said in a statement, the bone allowing the identification of Christian Rodríguez came from his right foot and was found in late November.

READ:  Lily Allen 'Grateful For Health And Happiness' As She Marks Year Of Sobriety

It was among more than 100 bone fragments found in an area of approximately 200-meter radius. 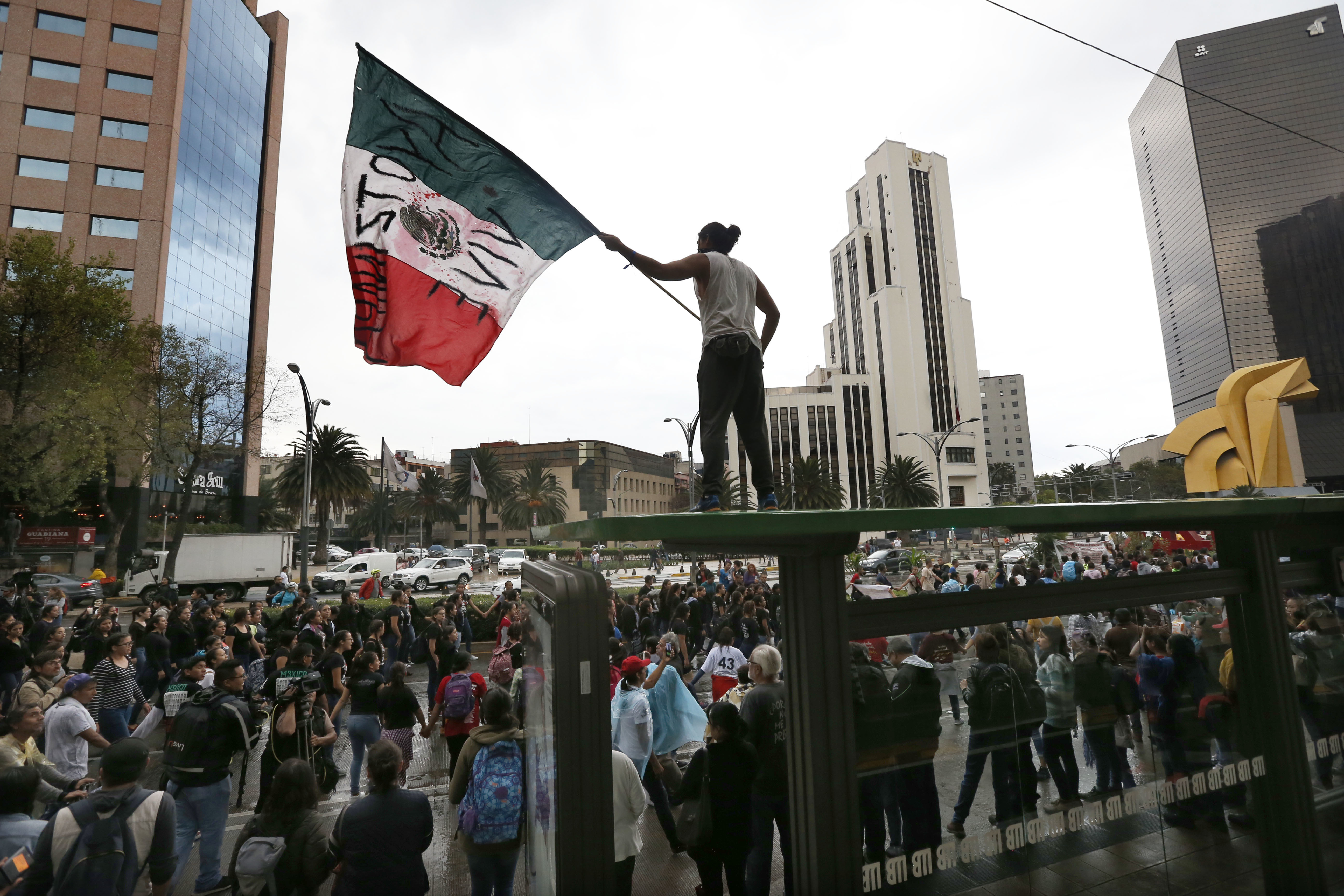 Many of the fragments were so damaged that it was unclear if genetic material could be extracted for testing, the statement said.

Three fragments were sent to Austria for testing.

Genetic material could not be recovered from one.

Another provided only an incomplete genetic profile that did not produce a conclusive result.

It is only the second time remains have been positively identified for one of the missing students.

The first was Alexander Mora, whose family was informed his remains were identified in December 2014. 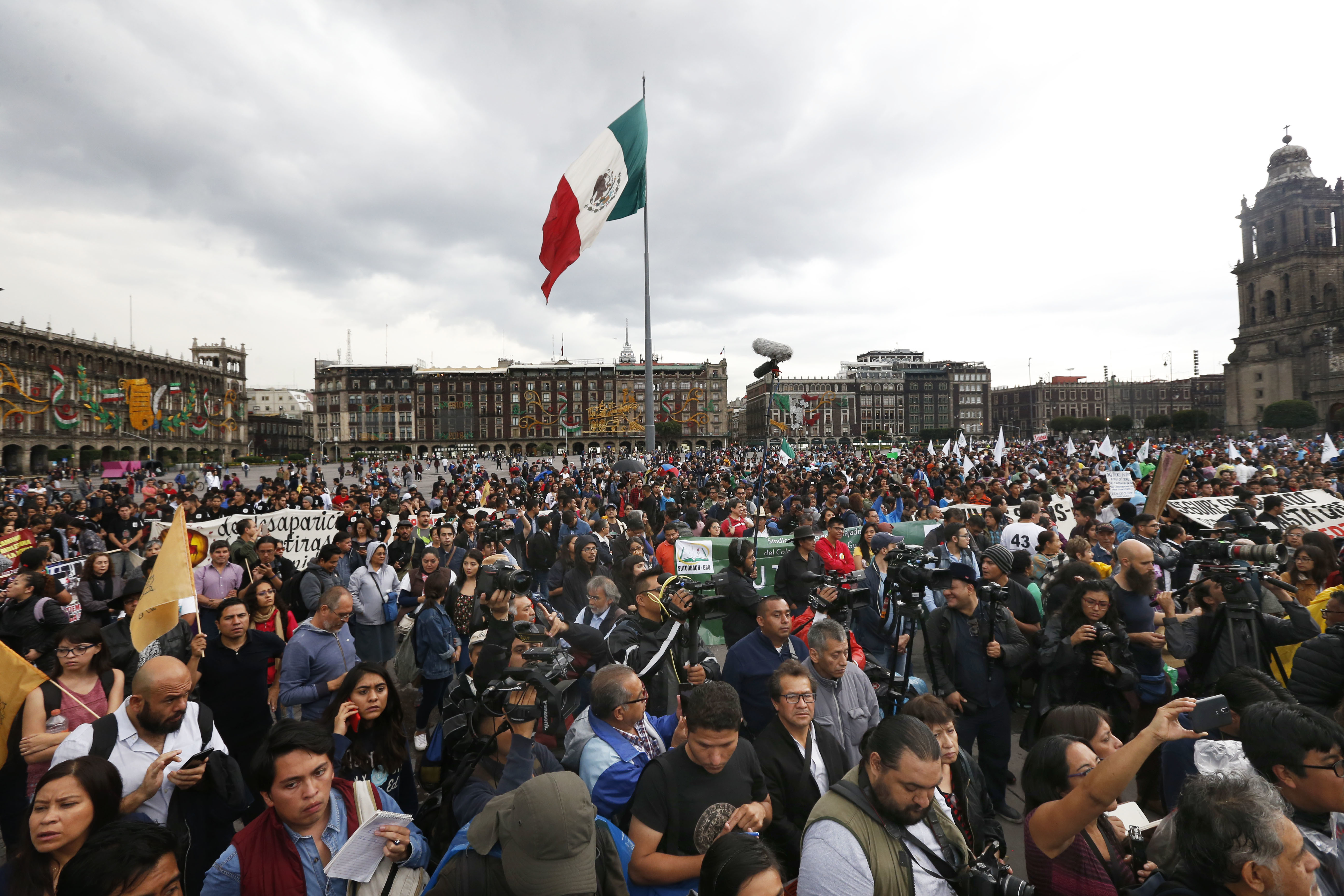 Mr Gómez said he travelled to Mr Rodríguez's home town on Sunday to tell the family.

He said the Attorney General's Office plans to send more recovered fragments to the University of Innsbruck for testing.

Clemente Rodríguez, the dead youth's father, has been a fixture at the families' protest marches demanding justice.

In November 2014, inside the family's home, Christian's mother, María Telumbre, insisted she didn't believe the government's version of events.

"How is it possible that in 15 hours they burned so many boys, put them in a bag and threw them into the river?" Ms Telumbre said then.

"This is impossible. As parents, we don't believe it's them."