Mexico City has reopened, but locals have a mixed reaction as coronavirus cases remain high.

Mexico City has reopened after a months-long coronavirus lockdown, with some people wearing face masks and keeping their distance while others jostled in crowded streets.

The limited reopening of restaurants and other businesses in the capital came as cases continued to climb steadily. 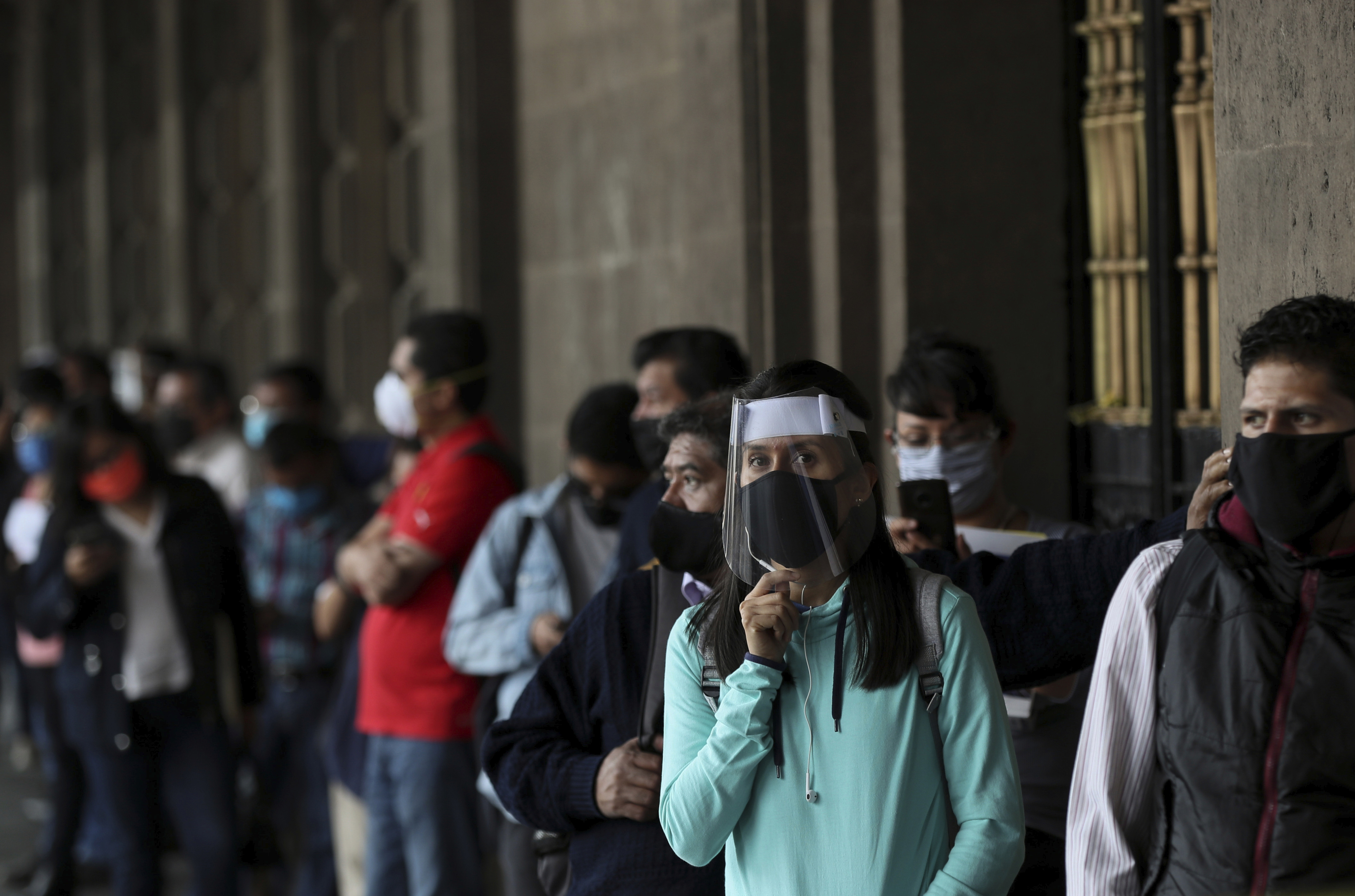 But others around her wore their face masks around their necks.

"We just had to get out," Ms García said of the three-month lockdown that just began to ease this week.

Restaurants and hotels are still not allowed to serve their full capacity, and bars, nightclubs and sporting events remained closed.

On the sidewalks of the city's colonial downtown district, taco stands were open and doing business, as promoters handed out fliers to people.

The district is the heart of Mexico's personal electronics, telephone and computing trade, and while most of those businesses were shuttered, touts stood on the sidewalk to drum up black market business for the same items.

Restaurants are now allowed to serve customers at about 40 per cent capacity, but most appeared to be well under that limit. 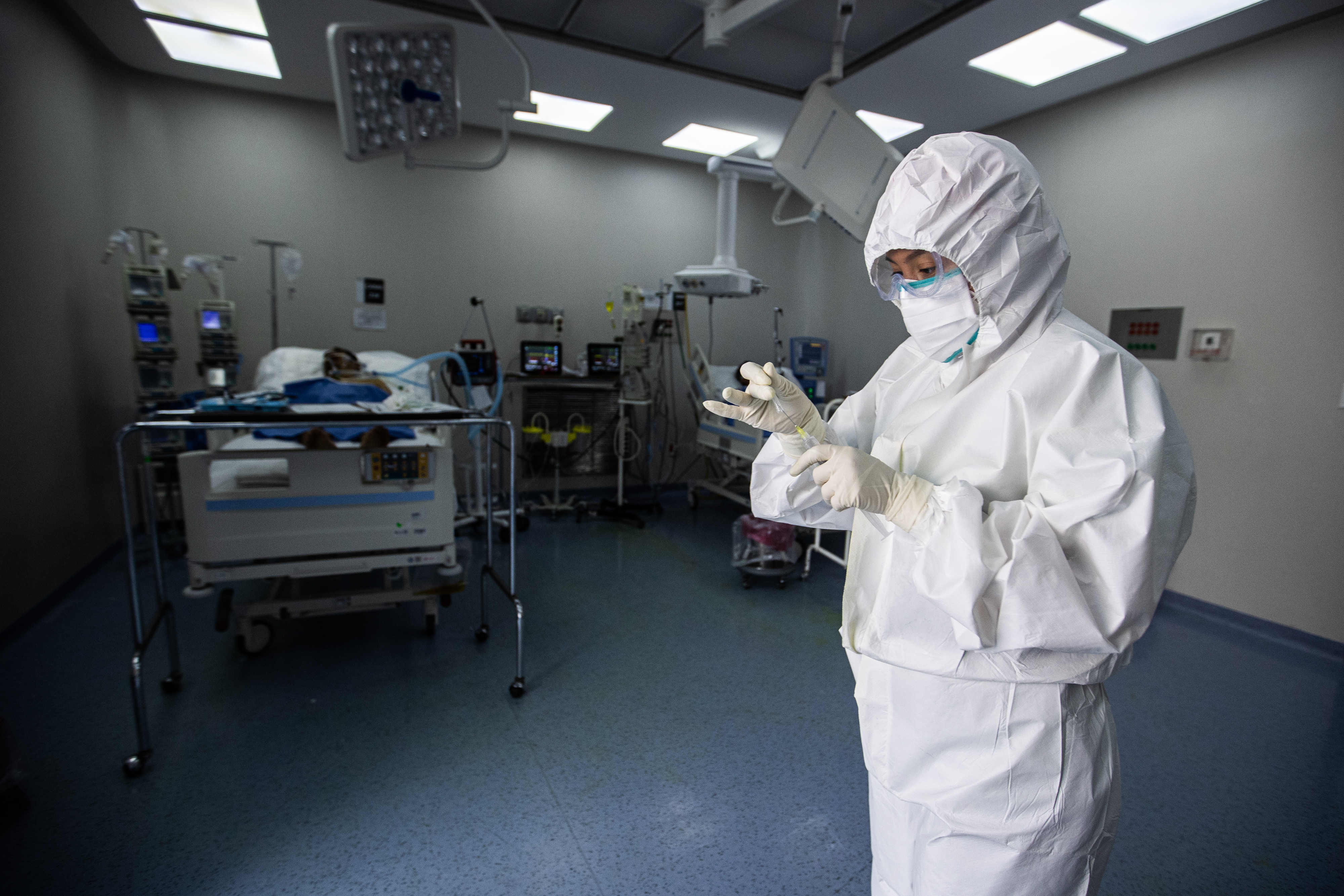 Rosa Icela Vázquez was one of those who ventured out to eat at one of Mexico City's most historic restaurants, the centuries-old Casa de los Azulejos, whose exterior is covered in blue-and-white ceramic tiles.

READ:  Two emus spotted running through the suburbs in Wollongong

"It's not as if we should be going out yet, but we were getting fed up with being inside," Ms Vázquez, who was sitting at a table with her husband and her granddaughter, said.

The restaurant closed for the first time in memory during the lockdown.

It had remained open even during the 1910-1917 revolution, when revolutionary leaders like Pancho Villa and Emiliano Zapata ate there.

While the restaurant's employers wore masks and face protectors and there was hand gel and shoe-sanitising carpets, it had received only about three dozen customers by the afternoon — a far cry from its daily average of 1800 diners on a normal day.

"People are starting to come out," Ms Viedma said. Police closed off some downtown streets and there were no crowds in the central square, but some of the streets leading on to it were packed.

City authorities have tried to manage the partial, gradual reopening by allowing businesses on one side of the streets to open one day, and those on the other side the next.

But that meant "people crowd into one side of the street one day, and the other side the next," police officer Edgar López said.

Travel company representatives like Luis Oviedo tried to drum up business for tours of the city near the city's cathedral, and while foreign tourists were rare, Mr Oviedo noted that "people are starting to come out, Mexicans who are stressed and want to get out."

Horacio Cerón, a faith healer who performs ritual "cleanings" against bad luck, said he was doing about 20 ceremonies per day.

"People are coming to us because there are a lot more problems, with fewer jobs and less money," Mr Cerón said.