An elevated section of the Mexico City metro collapsed and sent the train plunging toward a busy boulevard late yesterday, killing at least 24 people and injuring at least 77.

The death toll from the collapse of an overpass on the Mexico City Metro yesterday rose to 24 as crews untangled train carriages from the steel and concrete wreckage that fell onto a roadway.

Another 77 people were injured when the support beams collapsed about 10.30pm local time, as a train passed along the elevated section, said Mayor Claudia Sheinbaum in describing one of the deadliest incidents in the history of the subway system, one of the world's busiest. 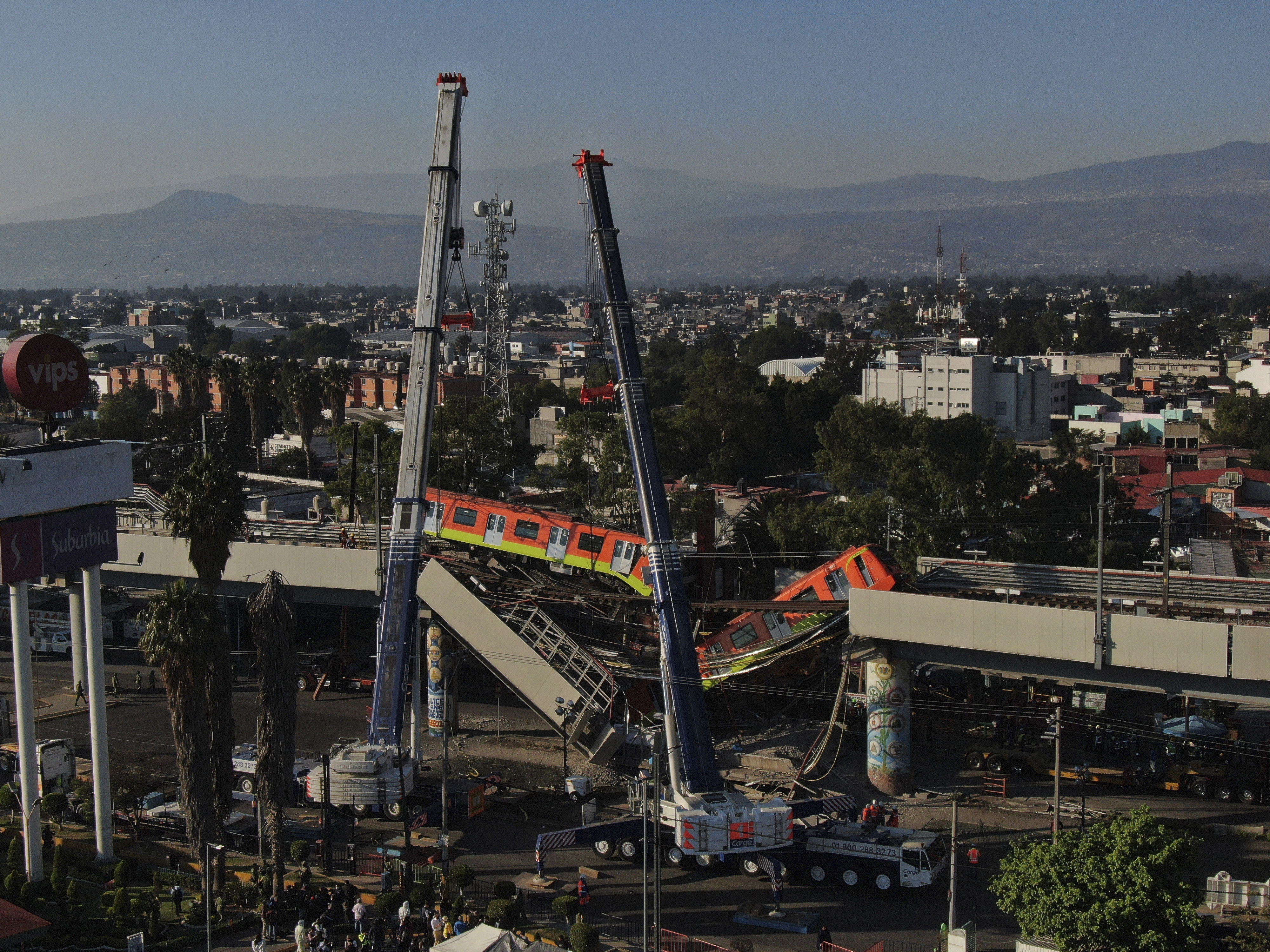 Of the 24 killed, 21 died at the scene, while the others died at hospitals. Children were among the fatalities, Ms Sheinbaum said.

Mexican Foreign Relations Secretary Marcelo Ebrard called the collapse "the most terrible accident we have ever had in mass transportation."

"The cause of the collapse of the beam must be established through an expert investigation," Ms Sheinbaum, said.

The overpass was about five metres above the road in the borough of Tlahuac, but the train ran above a concrete median strip, which apparently lessened the casualties among motorists. 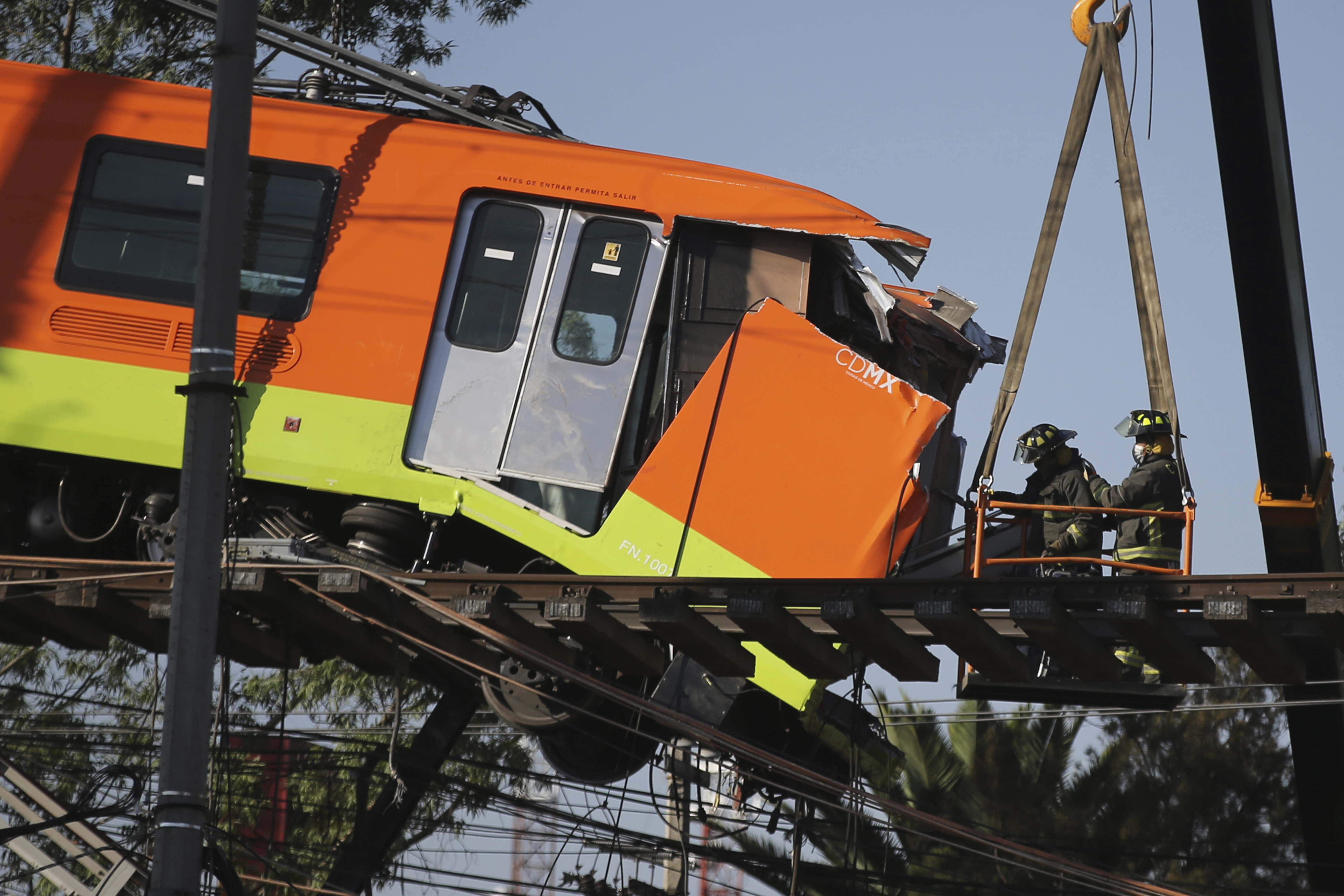 The Mexico City Metro — which is among the world's cheapest with tickets costing about 32 cents (US25 cents) — has had at least three serious accidents since its inauguration half a century ago.

In March 2020, a collision between two trains at the Tacubaya station left one passenger dead and injured 41.

In 2015, a train that did not stop on time crashed into another at the Oceania station, injuring 12. In October 1975, at least 26 people were killed in a metro accident.

Hundreds of police officers and firefighters cordoned off the scene as desperate friends and relatives of people believed to be on the train gathered.

Despite the fact that the coronavirus situation remains serious in Mexico City, they crowded together waiting for news.

Adrián Loa Martínez, 46, said his mother called him to tell him that his half brother and sister-in-law were driving when the overpass collapsed and that a beam fell onto their car.

He said that his sister-in-law was sent to a hospital, but that his half brother José Juan Galindo was crushed and he feared he was dead. "He is down there now," he told journalists, pointing to the site. 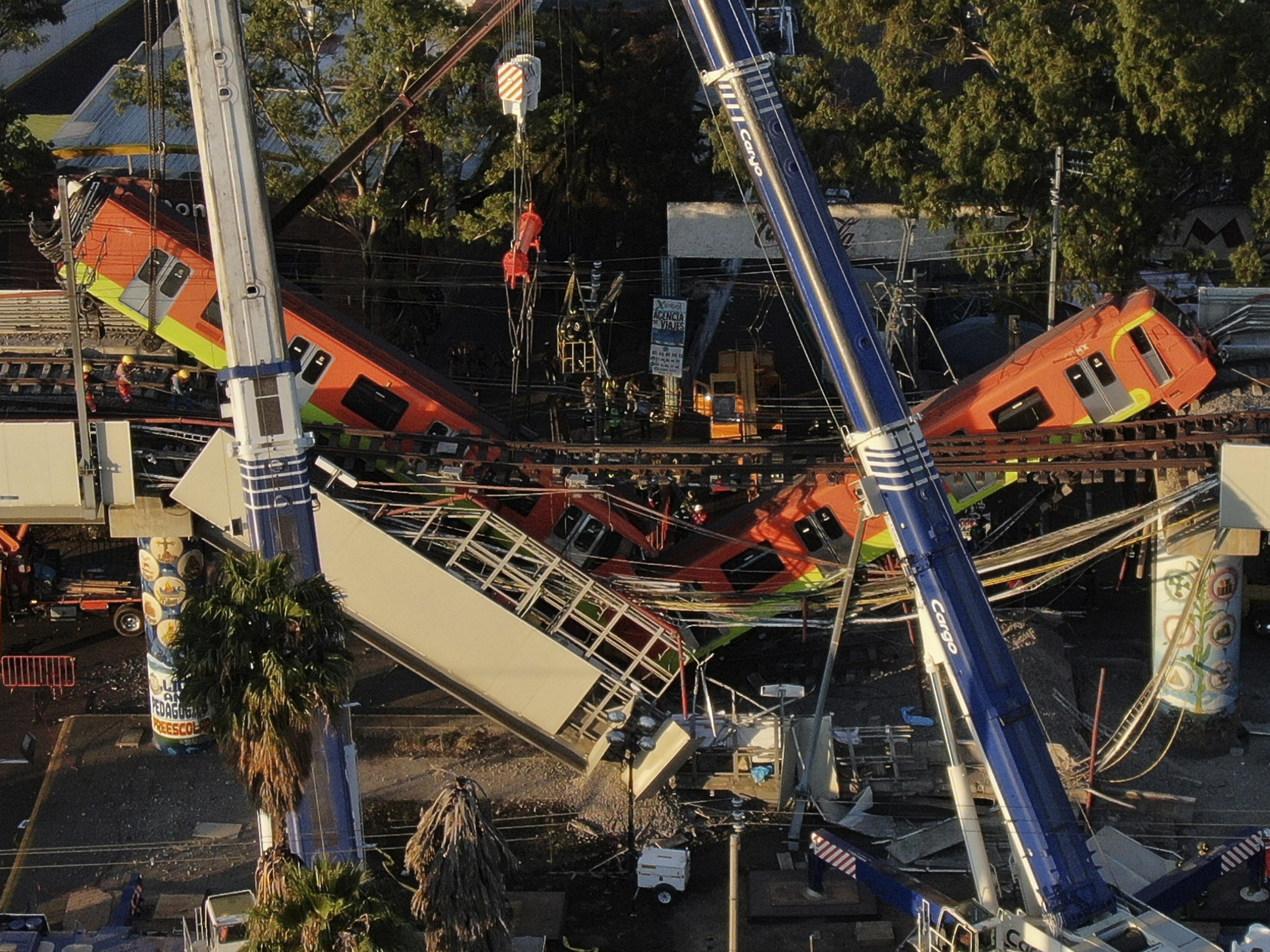 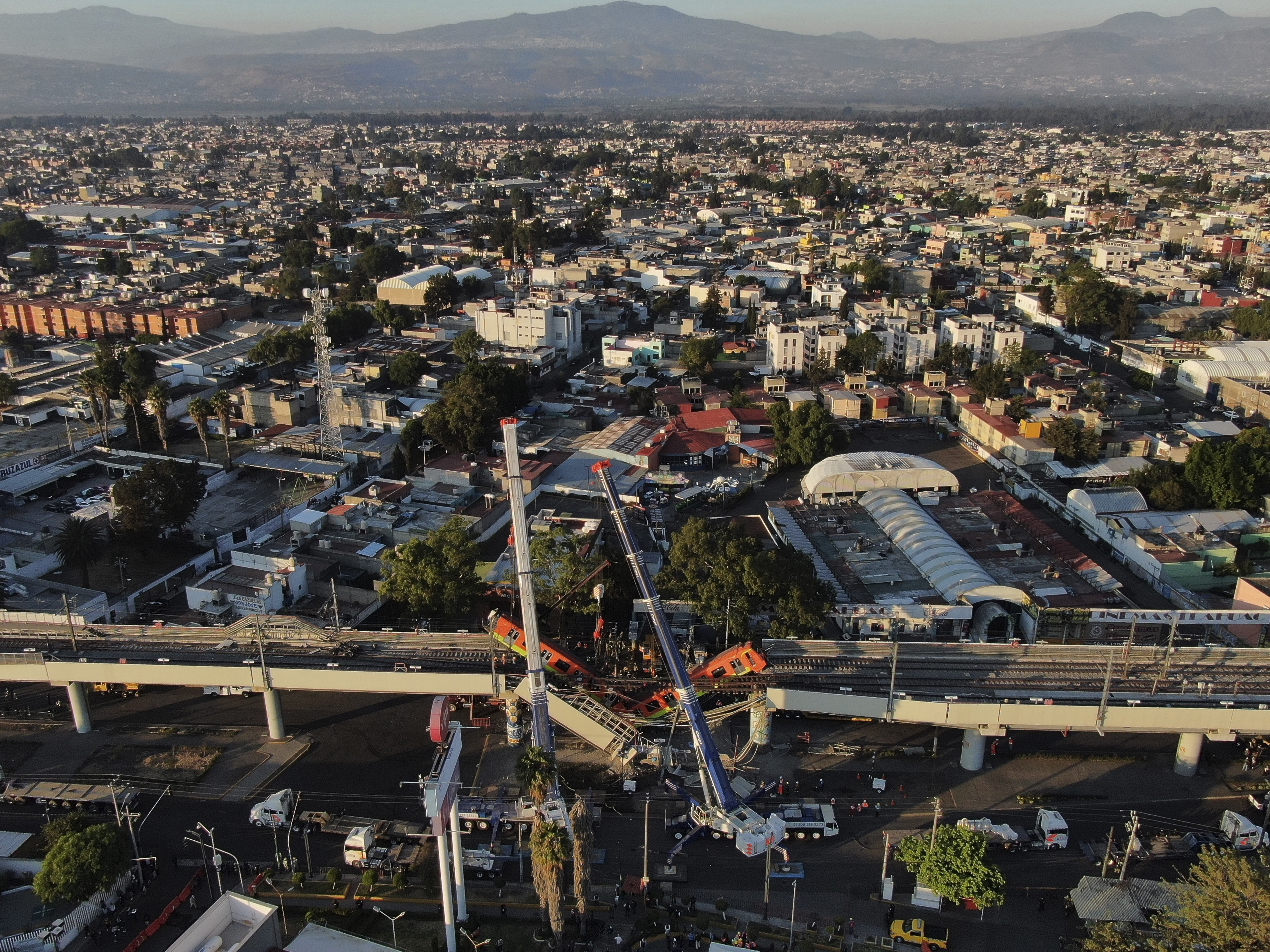 She said he always takes that train after work, but he never got home and had stopped answering his phone. When she heard what happened, she immediately feared the worst but has had no information from the authorities.

"Nobody knows anything," she said.

The collapse occurred on Line 12, the subway's newest. It stretches far into the city's south side.

Like many of the dozen subway lines, it runs underground through more central areas of the city of nine million but is on elevated concrete structures on the outskirts. 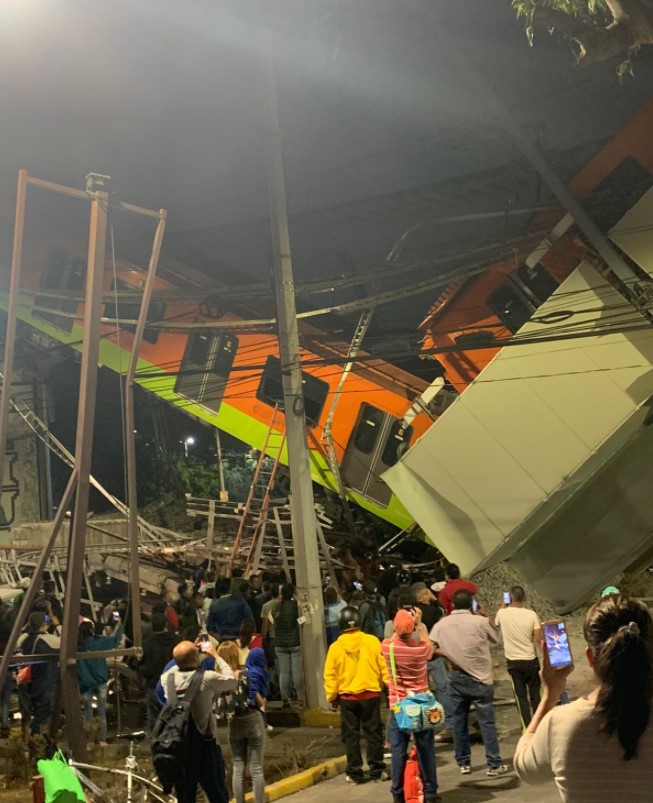 Allegations of poor design and construction on the subway line emerged soon after Mr Ebrard left office as mayor. The line had to be partly closed in 2013 so tracks could be repaired.

Mr Ebrard, who leads Mexico's efforts to obtain coronavirus vaccines, has been considered a potential presidential candidate in 2024.

He wrote on Twitter: "What happened today on the Metro is a terrible tragedy."

"Of course, the causes should be investigated and those responsible should be identified," he wrote. "I repeat that I am entirely at the disposition of authorities to contribute in whatever way is necessary." 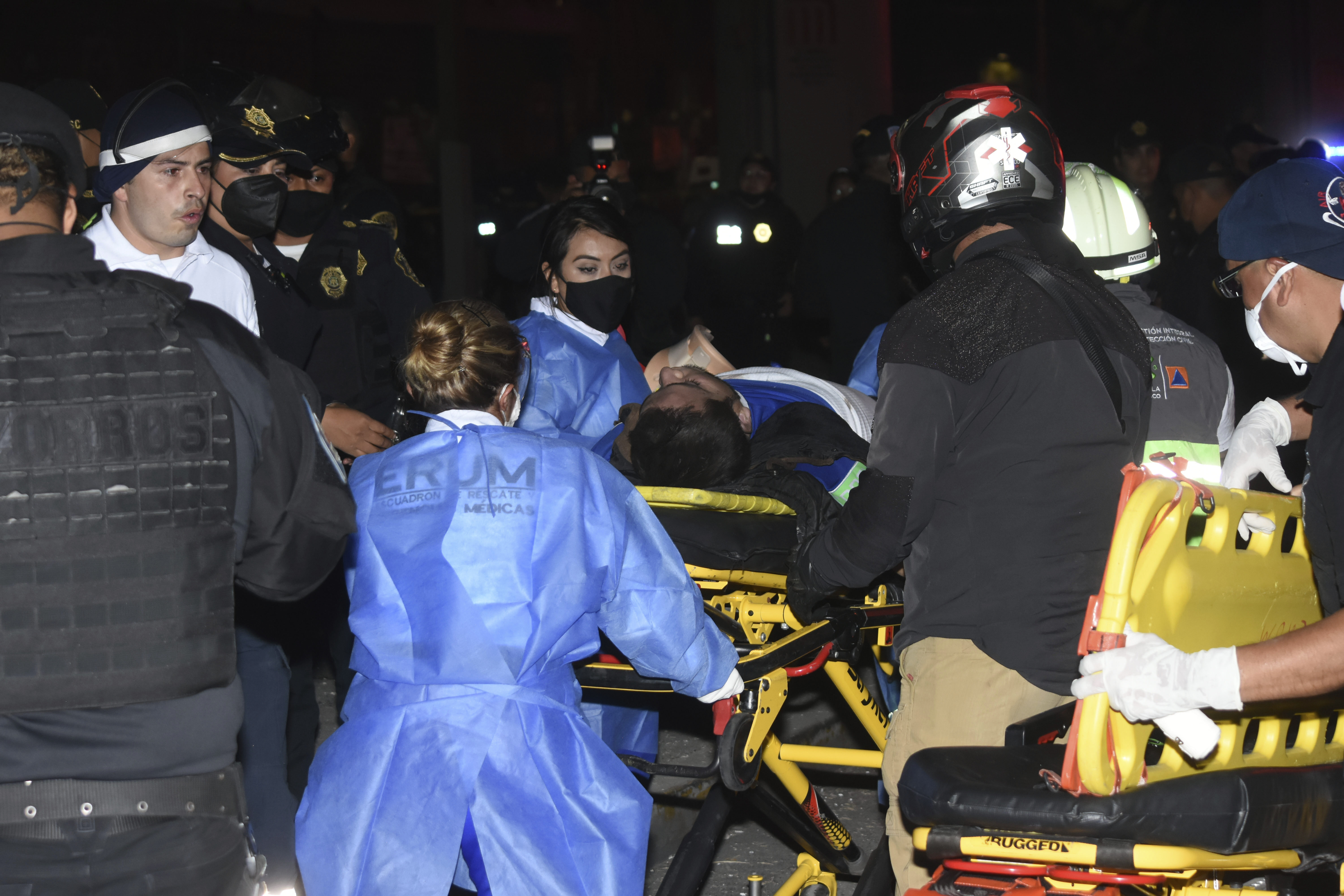 It was not clear whether a 7.1-magnitude earthquake in 2017 could have affected the subway line. There were reports that cracks had appeared in the base of at least one of the columns that support the elevated track following that quake.

The line was closed and hundreds of buses were called in. Thousands in surrounding neighbourhoods lined up before dawn to catch the buses for work. 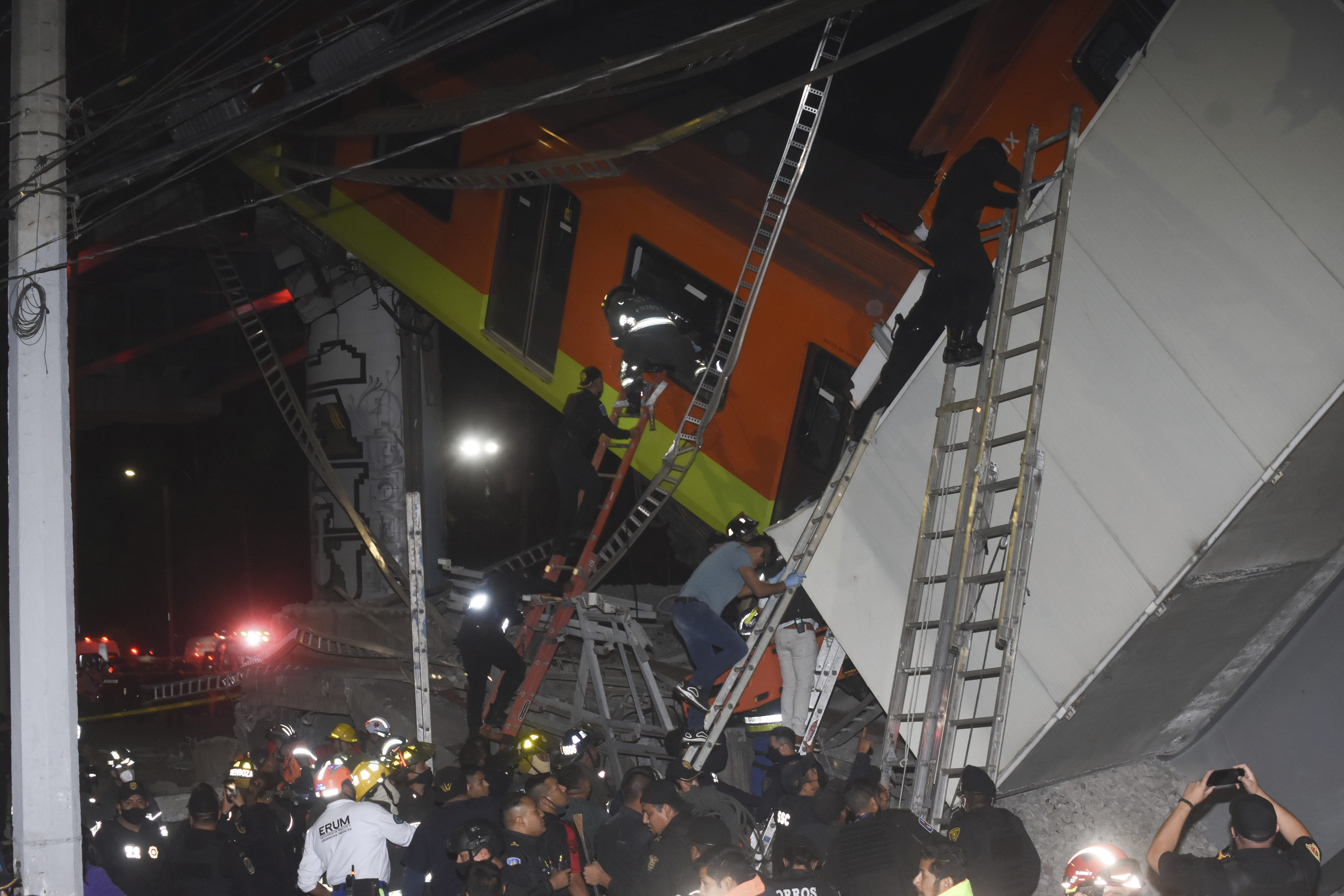