Police are seeking to identify two men after officers were assaulted at one of Victoria’s anti-lockdown protests last year.

Police are seeking to identify two men after officers were assaulted at one of Victoria's anti-lockdown protests last year.

Two men scuffled with police while officers attempted to arrest them at the coronavirus protest at the Shrine of Remembrance on October 23 about 2.30pm, leading to the assault of the two police members.

The officers were treated for minor injuries.

Police have now released images of two men who they believe may be able to assist with their investigation. 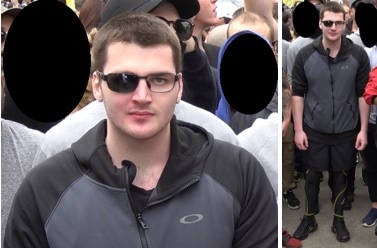 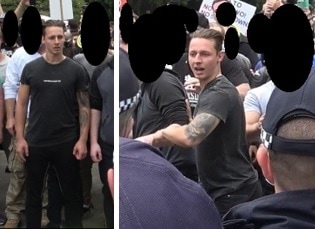 The first man is described as caucasian in appearance, 20-25 years of age with short brown hair and a medium build.

He was wearing a grey and black hooded jacket, black shorts and tights, as well as sunglasses which were damaged in the scuffle.

The second man is perceived to be Caucasian in appearance, between 20-30 years of age, with a slim build, short brown hair and tattoos on his left arm.

He was wearing a black t-shirt and black pants at the time. 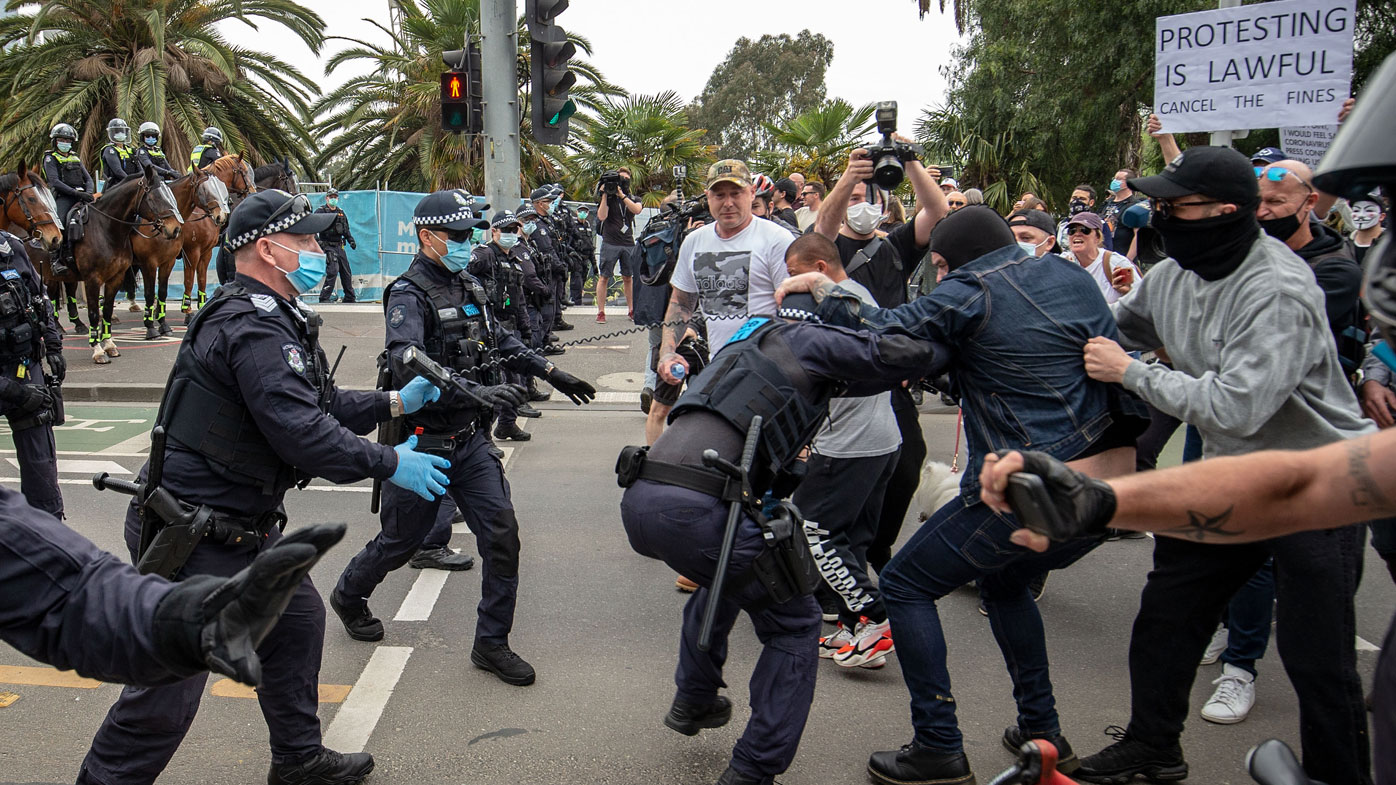 Hundreds of protesters sparked mayhem in Melbourne's CBD during the protests, many clashing with police as officers tried to control blatant breaches of COVID-19 directions.

Officers arrested 16 people and issued 96 penalty notices on the day of the demonstration, which saw flares set off and police horses assaulted.

At the time Premier Daniel Andrews condemned the protest action as "shameful" and "unlawful".

Anyone who recognises either of the two men or has information is urged to contact Crime Stoppers on 1800 333 000.