Two men who allegedly went on a toilet paper crime spree at supermarkets across Sydney’s south-west are being sought by police.

Two men who allegedly went on a toilet paper crime spree at supermarkets across Sydney's south-west are being sought by police.

They appeared to have targeted toilet paper and allegedly stole multiple packs from the Granville and Auburn stores but left empty-handed from the shops in Bass Hill and Lidcombe. 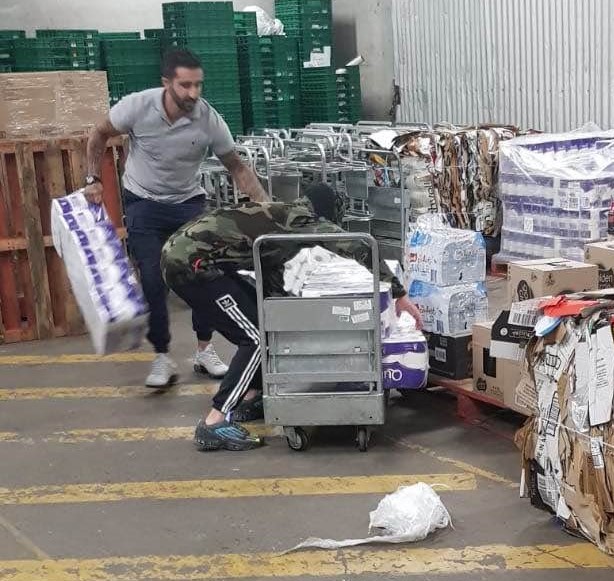 Police also said it had been reported one of the men threatened an employee at the Auburn store with a knife.

One of the men is described as being of Mediterranean or Middle Eastern appearance and about 185-190cm tall. He is aged in his 30s with a solid build and tattoos on his arms. He was seen wearing a grey collared shirt with long blue track pants.

The second man is described as being of 175-180cm tall with a slim build, aged between 30-35, and was wearing black Adidas pants and a camouflage pattern hoodie.

"The people of NSW will not tolerate criminal behaviour at any time let alone during this crisis," Police Minister David Elliott said.

"People need to grow up and look out for our most vulnerable."