“I take portraits of dicks because dicks have their own stories to tell, but are still censored.” Artist-activist Ajamu is discussing Me And My Penis, a new Channel 4 documentary released this week, which celebrates his ongoing photography … 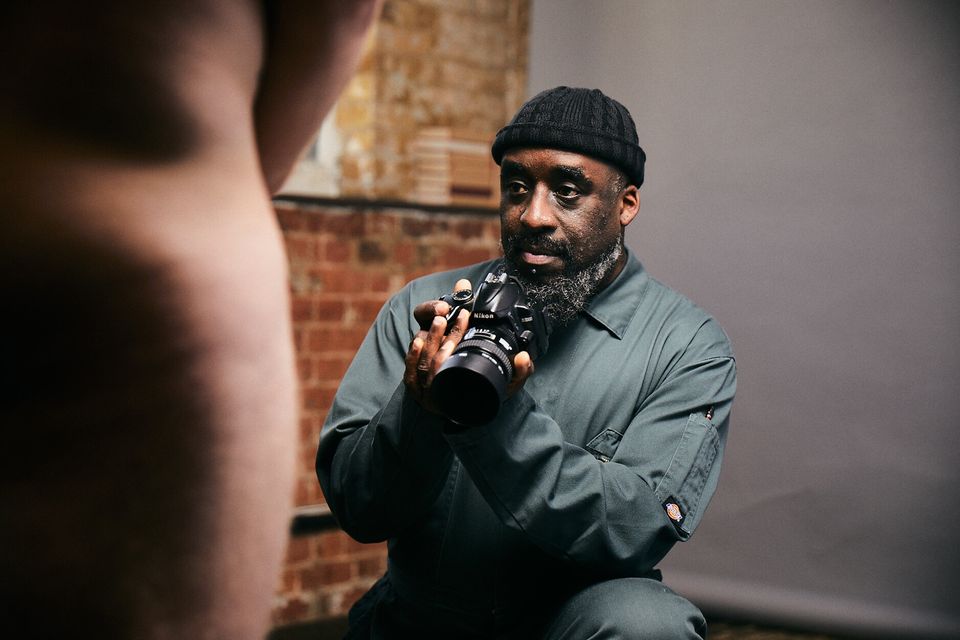 “I take portraits of dicks because dicks have their own stories to tell, but are still censored.” Artist-activist Ajamu is discussing Me And My Penis, a new Channel 4 documentary released this week, which celebrates his ongoing photography series – sensitive portraits of naked men – while also interviewing those involved about the reasons they may feel anxious about their penises and their bodies.

“The film became a space for us to recognise what we all share, despite our differences,” says Ajamu of the mission statement for his documentary. 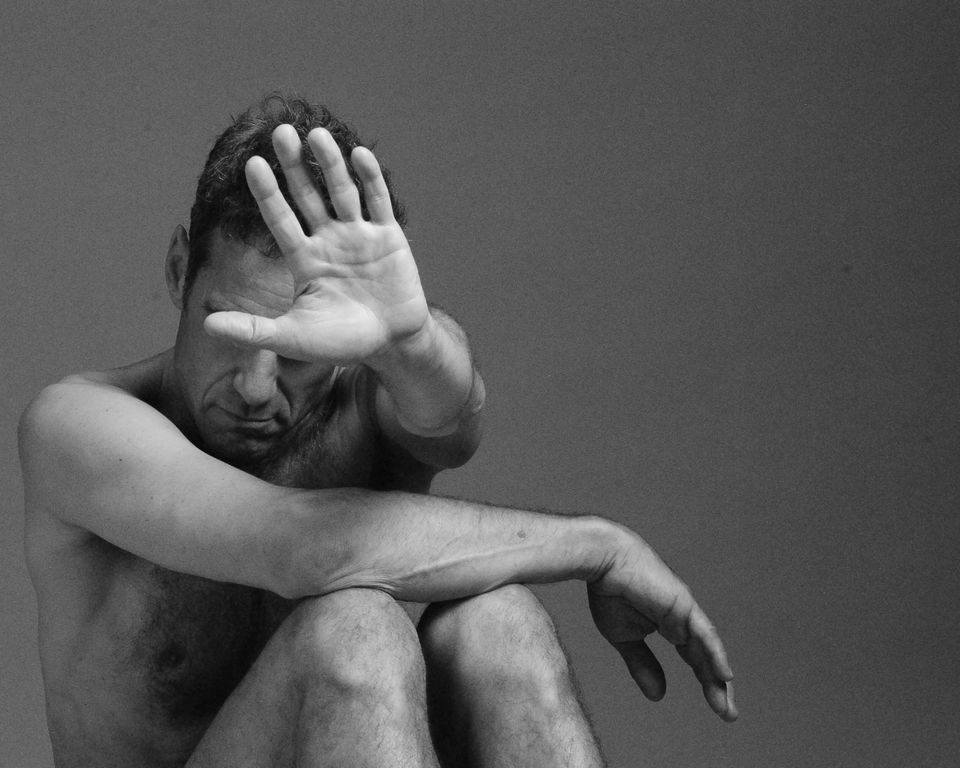 Ajamu, 56, born in Huddersfield and based now in Brixton, south London, tells HuffPost UK he was moved by the bravery of his subjects. “What’s poignant is how many of them have lived with their demons and not felt able or allowed to admit to them because of being a man,” he says.

Ajamu wants to normalise the penis, “especially the erection; by keeping it taboo we give it too much power and don’t allow men to be vulnerable.” Erections are viewed as aggressive, but that’s exactly why we should see more of them, suggests the artist, who points out that many straight men won’t have seen an erect penis other than their own.

When the Channel 4 documentary first aired on Bank Holiday Monday, it was the first to show an erection on British TV, even if a number of viewers tweeted afterwards how conventionally attractive Ajamu’s participants were – and how most of the penises shown on screen were noticeable large ones. 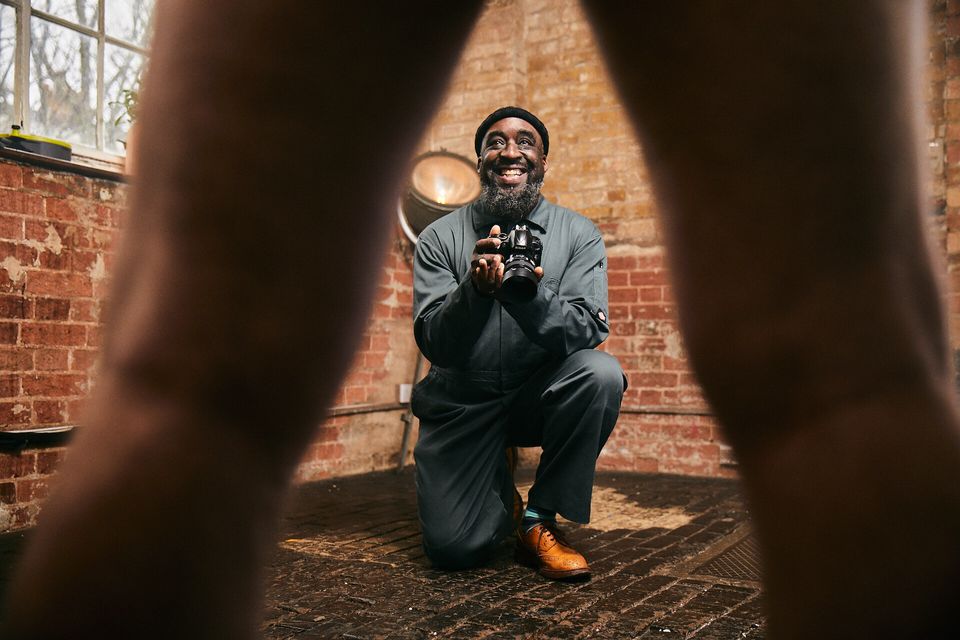 Also hoping to normalise the penis, but by offering practical solutions to health problems, are cousins Xander Gilbert, 31, and Angus Barge, 29, from London.

They are the founders of a new digital health service, Mojo Men, launching with the specific aim of helping men with erection issues, though there’s actually a ban on the term ‘erectile dysfunction’ in discussions, the pair say.

READ:  Jason Sudeikis Got A COVID-19 Test While Presenting An Emmy

“We try not to use that term because we don’t want our customers to feel dysfunctional. We know that will exacerbate the issue,” says Gilbert of their approach. A recent study found almost a quarter (23%) of men under 35 have experienced erection issues during sex, but Mojo Men’s founders believe that despite these stats, men struggle to talk about these issues.

The service offers video tutorials with a team of health experts, including psychosexual therapists, urologists, clinical psychologists and pelvic health specialists, as well as a forum where users can post questions to be answered by professionals. Users can choose anonymous usernames if they wish, but the idea is for questions to be posed publicly to help other men who may be experiencing the same issues but are uncomfortable seeking help.

The duo present their £9.99 subscription as an alternative to little blue pills, which they see as exacerbating the problem, rather than helping it, and not a longterm fix (though as Caroline Criado Perez revealed in Invisible Women: Data Bias in a World Designed for Men, early tests on Viagra showed promising results as a treatment for period pain but were not considered worthy of funding, so women might be happy to co-opt any going spare). 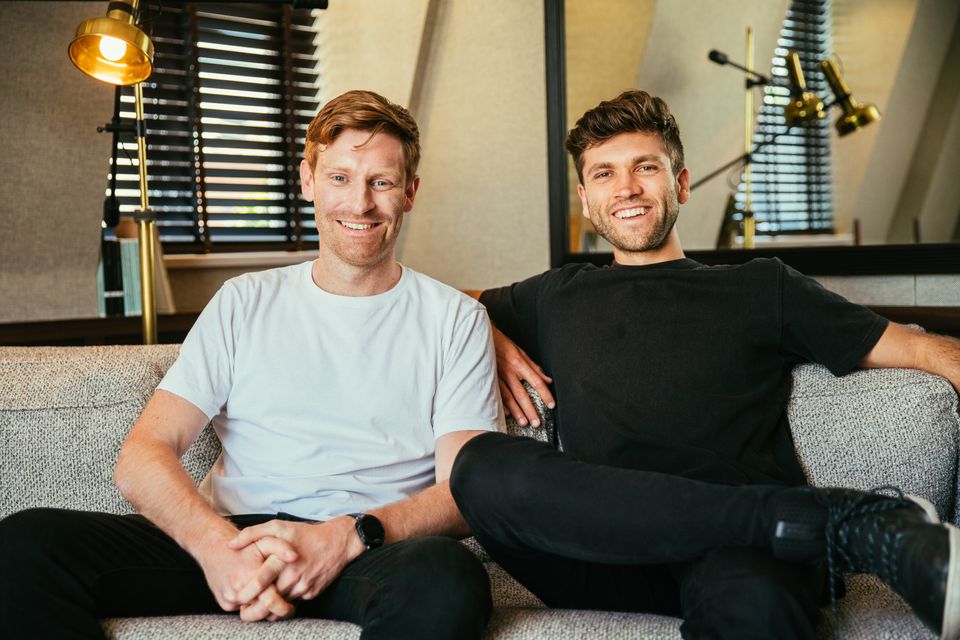 “Guys want to learn at a distance,” says Barge, who compares Mojo Men to a “professionalised” Reddit, centring as it is around a forum. The cousins say they only plucked up the courage even to talk to each other about what turned out to be a shared issue a year-and-a-half ago.

“I told him how much erection issues had rocked my world, and luckily it landed on the ears of somebody who had experienced it as well, it had a profound effect on both of us,” says Barge of that initial conversation.

“When Angus brought it up I froze like a rabbit in headlights. I thought: oh god, can I open up about my experiences?” recalls Gilbert. “I wasn’t prepared for it and I hadn’t talked about before, then suddenly he was wanting to talk about it and I bucked up the courage to reciprocate and it felt really good, like a weight off my shoulders.”

The founders say the influence of Princes Harry and William on mental health for men has been a crucial milestone in the broadening of conversations. That’s not to say the royals have been discussing their genitalia in public – but that these issues are wider than a physical health thing, but a wider issue of wellbeing.

Men’s insecurities around their genitalia, as with women’s about theirs, are often driven by fears constructed in the mind, rather than being based on truth: penis dysmorphia, a subcategory of body dysmorphic disorder, is common among men, and can lead to men avoiding sex altogether out of fear, shame or embarrassment.

For artist Vincenzo Costantino, who has been photographing men in the nude this year for a new series called #MenInLockdown, the pandemic has been a natural way into having conversations about how men view their own bodies.

“The global lockdown have enabled many men to focus on themselves and maybe look for self-improvement,” says Constantino, 32, who lives in London.

He reached out to men using the sex and dating app Grindr, sharing images he’d already taken and asking others if they’d like to be involved. “The image of the penis is a powerful one, evoking many emotions in people, says the artist, who hopes to lessen the stigma around male genitalia. “I think normalising the image of the penis is a beautiful thing. They come in all shapes and sizes and almost 50% of the population owns one. We should get to know it more.”

During the shoots, participants were concerned about how their bodies would photograph and others were curious about why Constantino was doing the project in the first place. He hopes the series will help men validate their body image: “Not all of the guys were classically confident but I think the experience lifted their self-esteem,” he says.

The nakedness in his photographs comes in all shapes and sizes, both of bodies – and penises – and represents a wider pool of men than Ajamu’s series.

However, clothes can carry their own raw power, says Constantino, who believes the rise of androgynous fashion has led to a cultural shift away from rigid ideas about masculinity, platforming gender fluidity as it does. “The female body has been viewed as beautiful for generations. Now is the time to recognise the male form as a thing of beauty,” he urges. 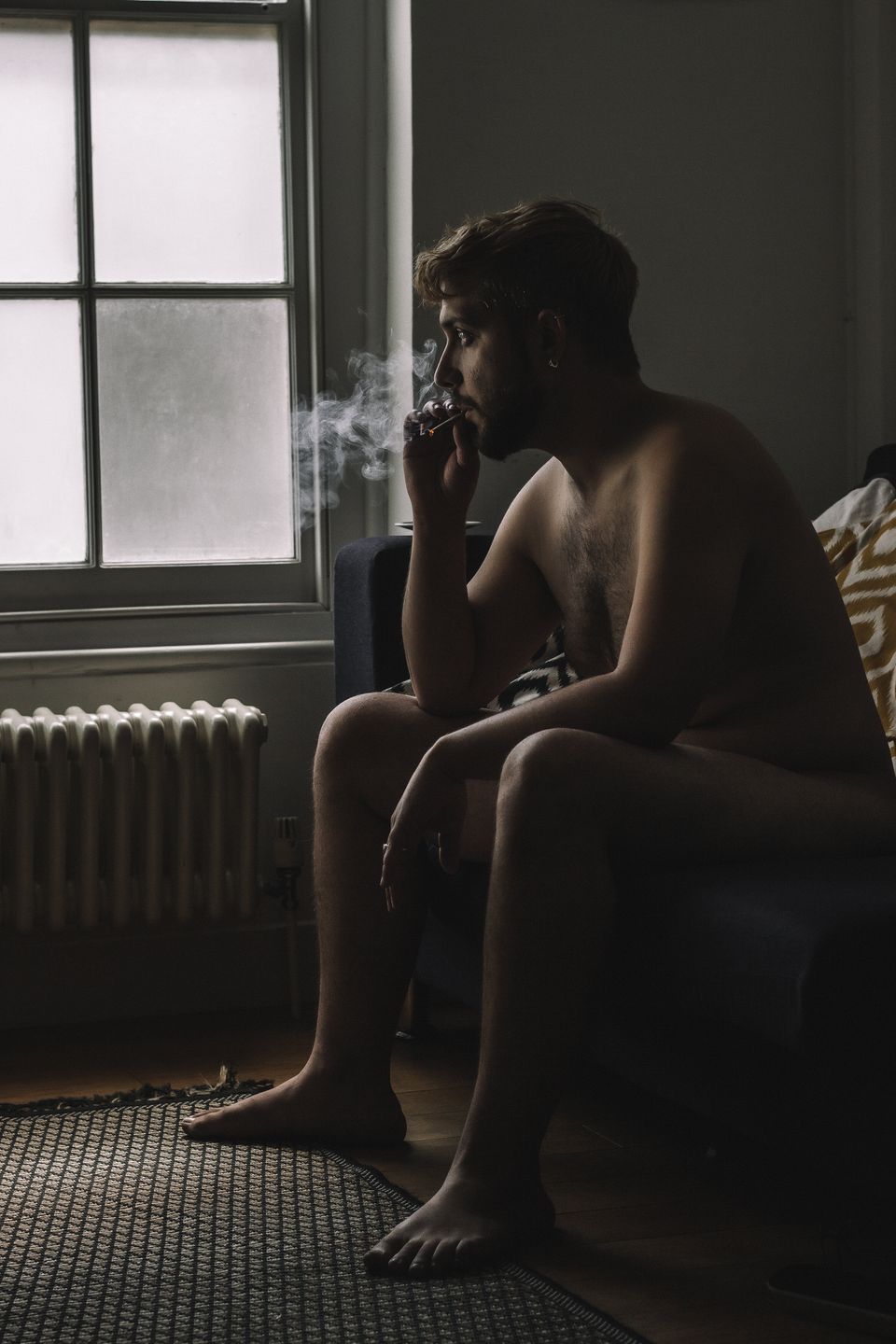 Understanding male bodies in their own context is a practice which needs to be mirrored when it comes to understanding male mental health. Martin Seager, clinical psychologist and psychotherapist, believes that part of the reason men haven’t been comfortable with sharing their feelings is because services tailored to the male experience such as Mojo Men hadn’t previously existed.

“Whilst it is true to say that men are now more able to share feelings than in the past, the emphasis on this message is also unhelpful because it also blames men for differences rather than recognising that it’s our attitudes to men that need to change,” says Seager.

“A better message is to say we need to listen to men better and tune in more to the ways they communicate – once men are listened to in a male-friendly setting it’s hard to stop them expressing their feelings,” he adds. He lauds the arrival of services such as Mojo Men and Manual, a website that sells products for a range of men’s health issues, from erectile dysfunction to hair loss to problem skin, with no need to visit a doctor. As its website states, “nearly 90% of men don’t seek help unless they have a serious problem”.

But this idea that men are bad at communicating will only end when the image of the archetypal man changes, argues Seager.

“The message needs to be for men: there is a wide range of ways to be virile and penis size and sexual performance is only one aspect of masculinity.  Just as for women, beauty can come in many shapes or sizes.”

The queer scene can be a microcosm of this wider masculinity debate. While diversity is supposedly celebrated, and the community prides itself on tolerance and acceptance, unhealthy ideals of masculinity – of having the perfect muscular body – are also rife. Dr Justin Bengry, queer theorist and founder of the Goldsmiths MA in Queer History, says the exoticisation of a certain type of male penis has been cultivated over hundreds, if not thousands, of years. 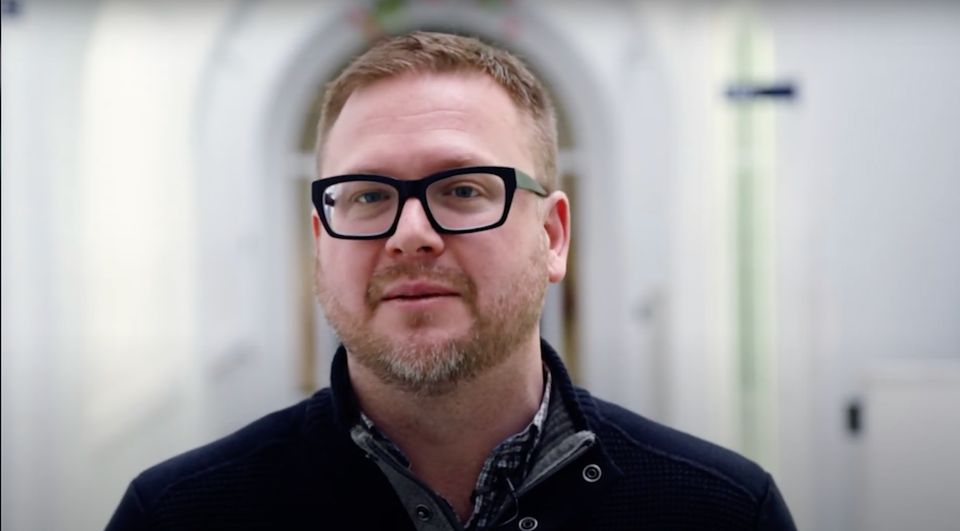 “That’s not to say that these behaviours can’t also do harm, that they don’t also turn people into objects to be fetishised, and that they don’t devalue some people relative to others. They do all of these, and have long done so.”

This debate plays out in the heteronormative space too. With each new series of Love Island, producers are criticised for their narrow casting of body types – among the men, as much as the women. And for all the sexual bravado and footage of the male contestants working out in the garden gym, there is little discussion – at least that makes the cut – of their feelings about their bodies.

We can be thankful, perhaps, for the introspection of the pandemic helping shape some of the cultural projects emerging under lockdown, including those by queer artists such as Ajamu and Constantino. There is certainly a change in conversation happening.

Over the next few months, Mojo Men says it aims to monitor its subscribers to learn more about the topics men care about most – data like this, emerging from platforms specifically designed to appeal to men, may be the formation of a new way of thinking about masculinity and men’s physical and mental health needs.

Why not listen to our weekly podcast Am I Making You Uncomfortable? about women’s health, bodies and private lives. Available on Spotify, Apple, Audioboom and wherever you listen to your podcasts