Josh Maschewski, 24, thought he had a pimple on his nose, but it turned out to be skin cancer.

When a young Melbourne man spotted a dot on his nose, a pimple seemed to be the most obvious diagnosis.

However, in a matter of weeks, the dot ballooned in size - and it turned out to be cancer.

Josh Maschewski, 24, and his partner Ayshe Nazifovski, 30, are now warning people to remain vigilant if they see an obscure spot on their face.

Speaking to 9news.com.au, Ms Nazifovski said her partner developed the spot on his left nostril at the end of February, which looked just like a pimple - but was far from it.

"It just looked like a pimple that was about to get a head on it," she said.

"I tried to squeeze it, but nothing happened." 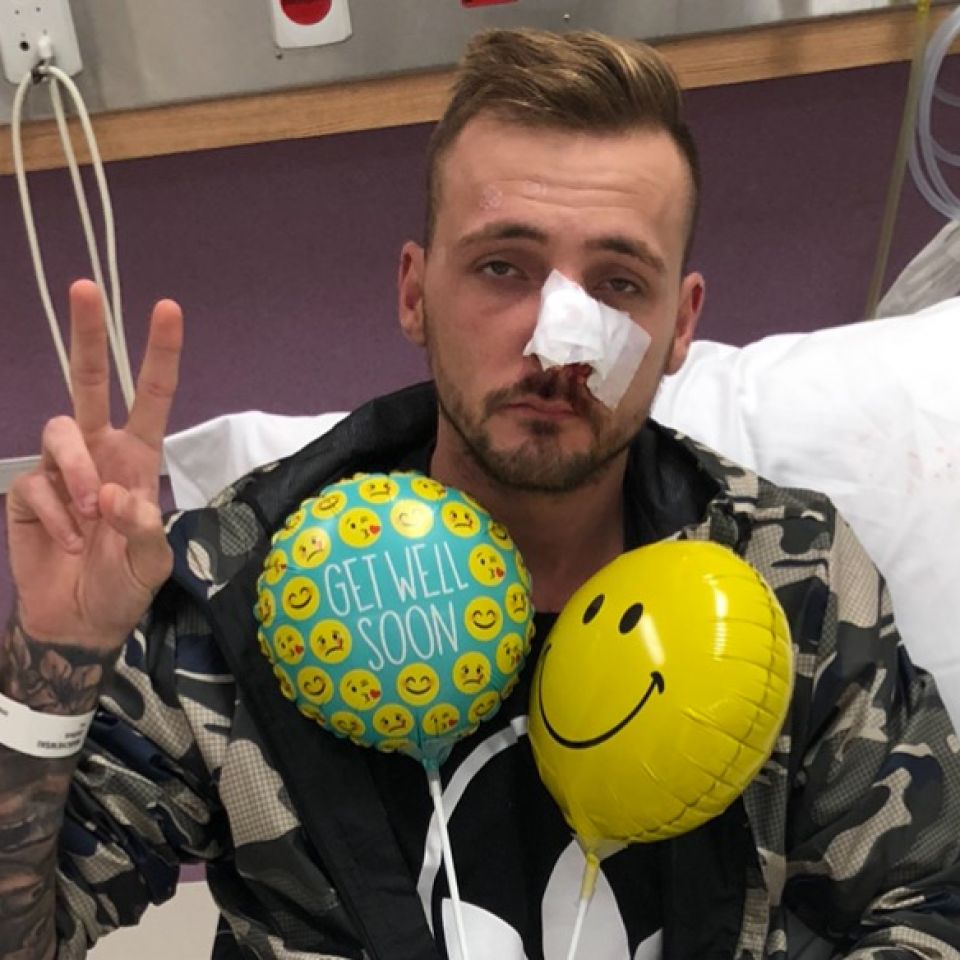 After two weeks, the spot had not disappeared, instead growing about 10 times in size, until it was as large as his nostril.

"It went from a dot to 10mm long in two weeks," Ms Nazifovski said.

"It grew even more - it appeared on the whole left side of his nostril."

Concerned, the 24-year-old sought advice from his local GP, who told him the dot was an infected boil and gave him antibiotics - but they were wrong.

When the antibiotics did not work, they rushed to a hospital in Melbourne's west to seek another opinion.

They waited more than 10 hours in the emergency department to be seen, only to be again told it was an infected boil.

At no point was his skin checked for cancer, Ms Nazifovski said.

READ MORE: New immunotherapy drug could be used to treat melanoma of the eye

"Everyone said it's an infected boil, you have to get it drained.

"It was an unpleasant experience - Josh just kept getting sent away with no answer, only this unknown lump growing bigger and bigger."

By this stage, Mr Maschewski was struggling to stay awake, constantly feeling lethargic, while complaining about a buzzing sensation in his nose. 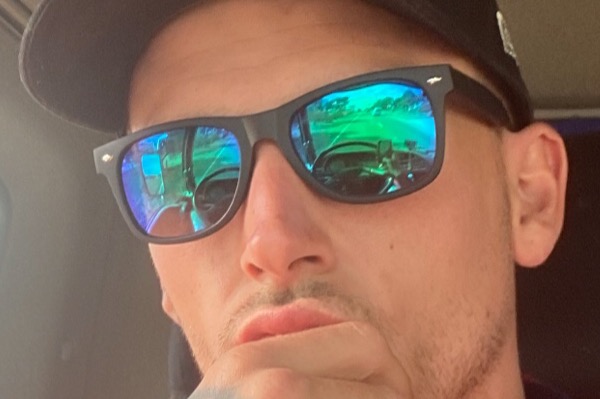 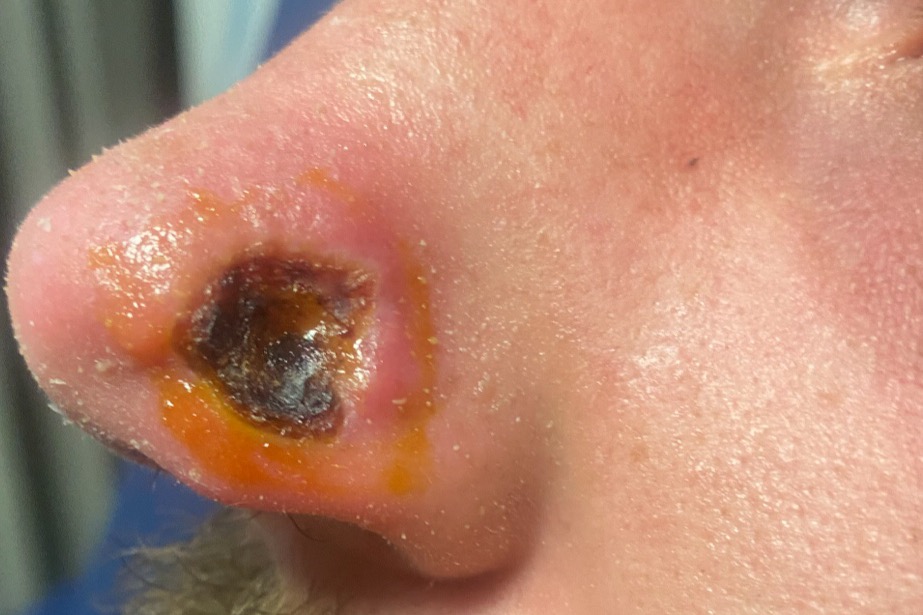 It was only when the pair went to a dermatologist when they finally got answers.

The dermatologist took one look at the 24-year-old's nose and was instantly concerned.

"He thought it was cancer and reacted quite quickly and cut it off," Ms Nazifovski said.

"[Josh] never imagined this would happen in his wildest dreams."

The form of cancer can develop in parts of the body that get a lot of sun, including the head, neck, face, hands and arms.

According to Spot Check Skin Cancer Clinic, there are more than 2500 treatments provided for non-melanoma skin cancers in Australia, such as SCC, every day.

The rate of non-melanoma skin cancer increases significantly with age, Ms Nazifovski telling 9news.com.au her partner may be one of the youngest cases of SCC. 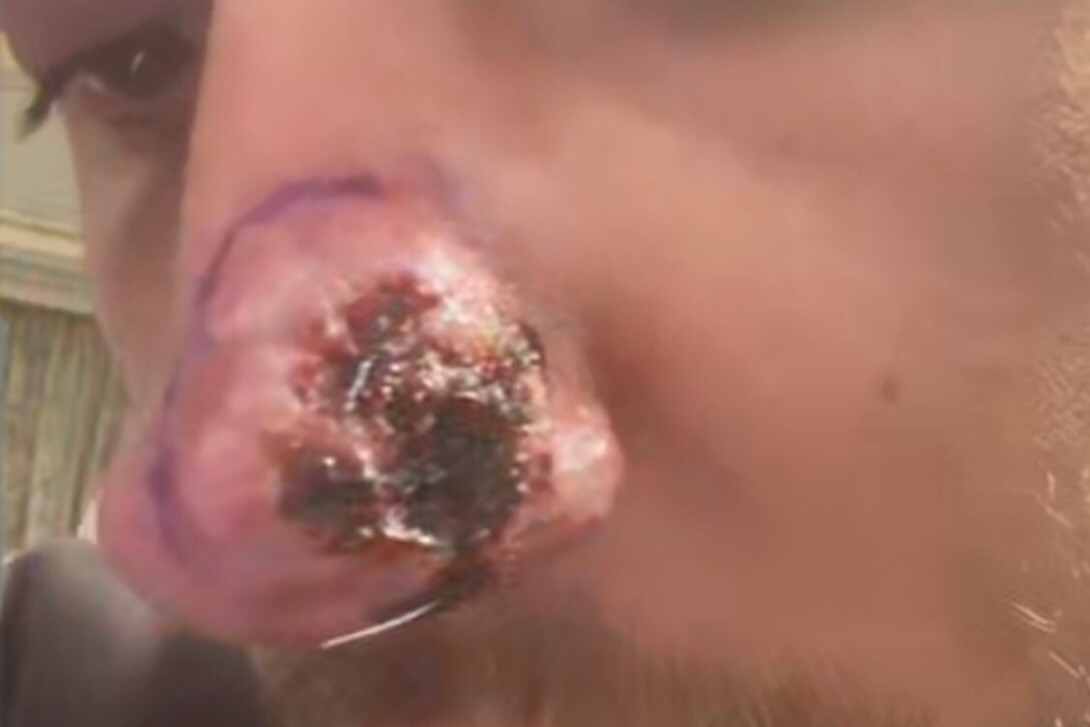 However, the 24-year-old was not out of the woods, as despite the doctor being confident the cancer had been removed, it grew back.

Mr Maschewski has since been referred to the Peter MacCallum Cancer Centre, where he underwent his first operation to remove his left nostril.

He is now undergoing radiation therapy five days a week for six weeks.

Ms Nazifovski said doctors would not start reconstructing his nose until they were certain all of the cancer had been removed, which will likely be in two years' time.

"It's a big pill to swallow for a 24-year-old to hear you're not going to have a nose for the next two years," she said.

She set up a fundraiser to cover his medical expenses and bills, with Mr Maschewski unable to work for the next six months.

Since its launch, nearly $3000 has been raised to support the young man.

The 24-year-old's cancer battle has not come without a message, the pair urging others in similar positions to continue seeking different opinions if medical advice did not sit right.

"Josh's message would be - always just go with your gut," Ms Nazifovski said.

"If you feel like that professional advice is not sitting well with you, go somewhere else.

"We went to four different places with this 'infected boil'. So know your own body."