Thousands of people turned out today in a largely peaceful Invasion Day march across Melbourne's CBD.

As the rally started to wind down, after hours of speeches and a calm walk through the city, a scuffle erupted near Flinders Street Station. 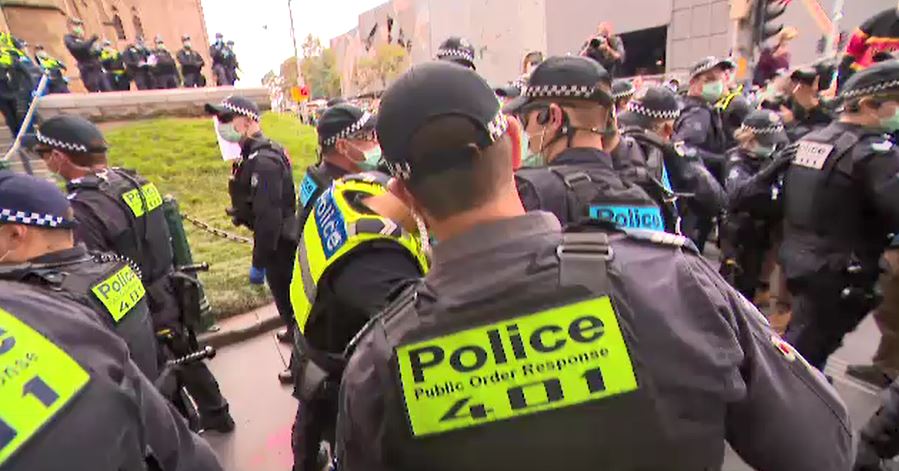 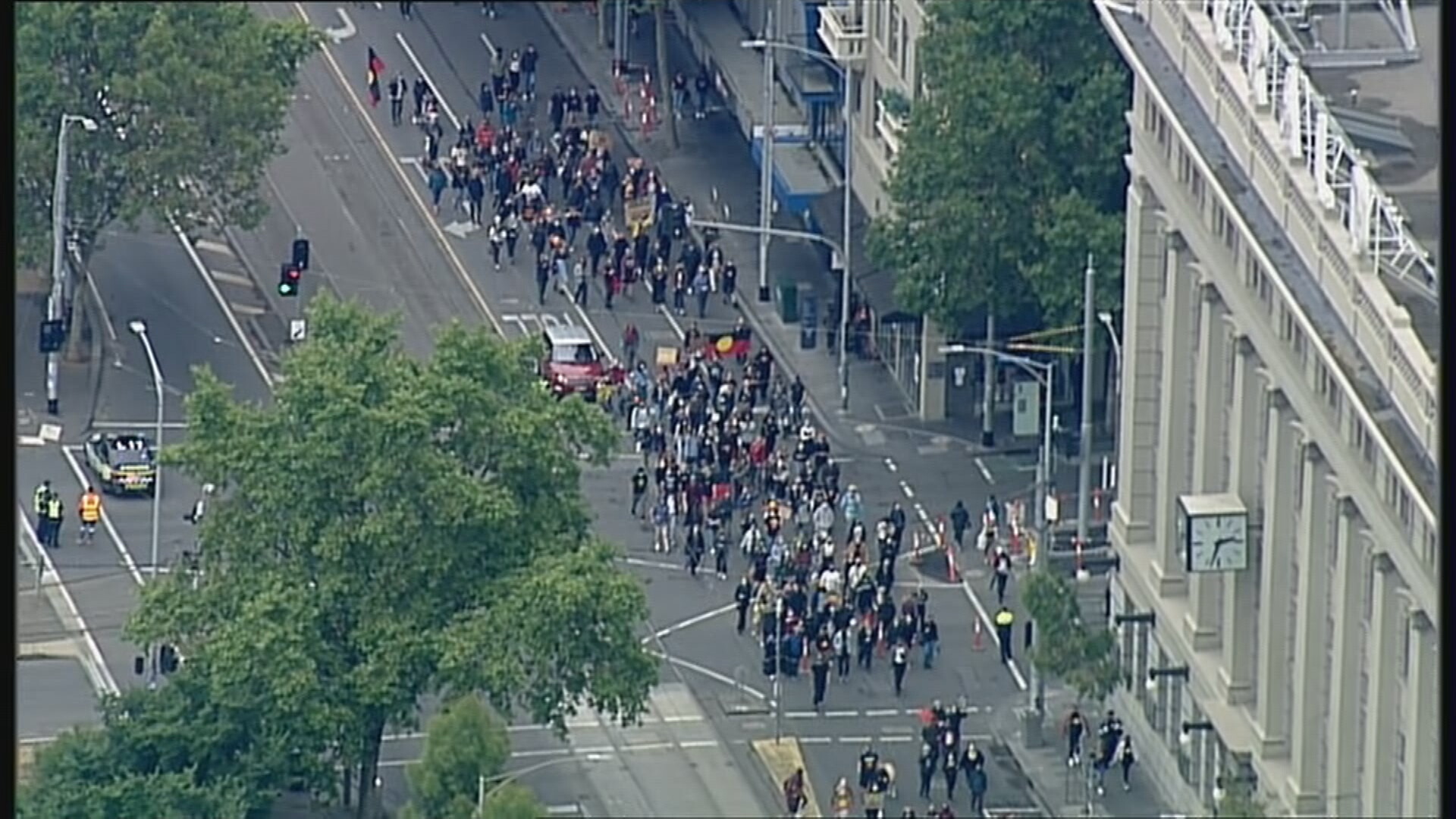 A large police presence could be seen surrounding the area at the busy intersection on Swanston Street.

The crowd of thousands started at Parliament House about 10.30am despite the wet weather and COVID-19 restrictions on public gatherings.

Organisers of the march were forced to ask the crowd to socially distance, admitting COVID-safe practices were not being followed.

On the Facebook event, organisers Warriors of the Aboriginal Resistance (WAR) said they made a COVID-safe plan and participants should follow the instructions of COVID marshals.

The majority of people appeared to be wearing masks throughout the rally.

IN PICTURES: Australia Day 2021 in pictures 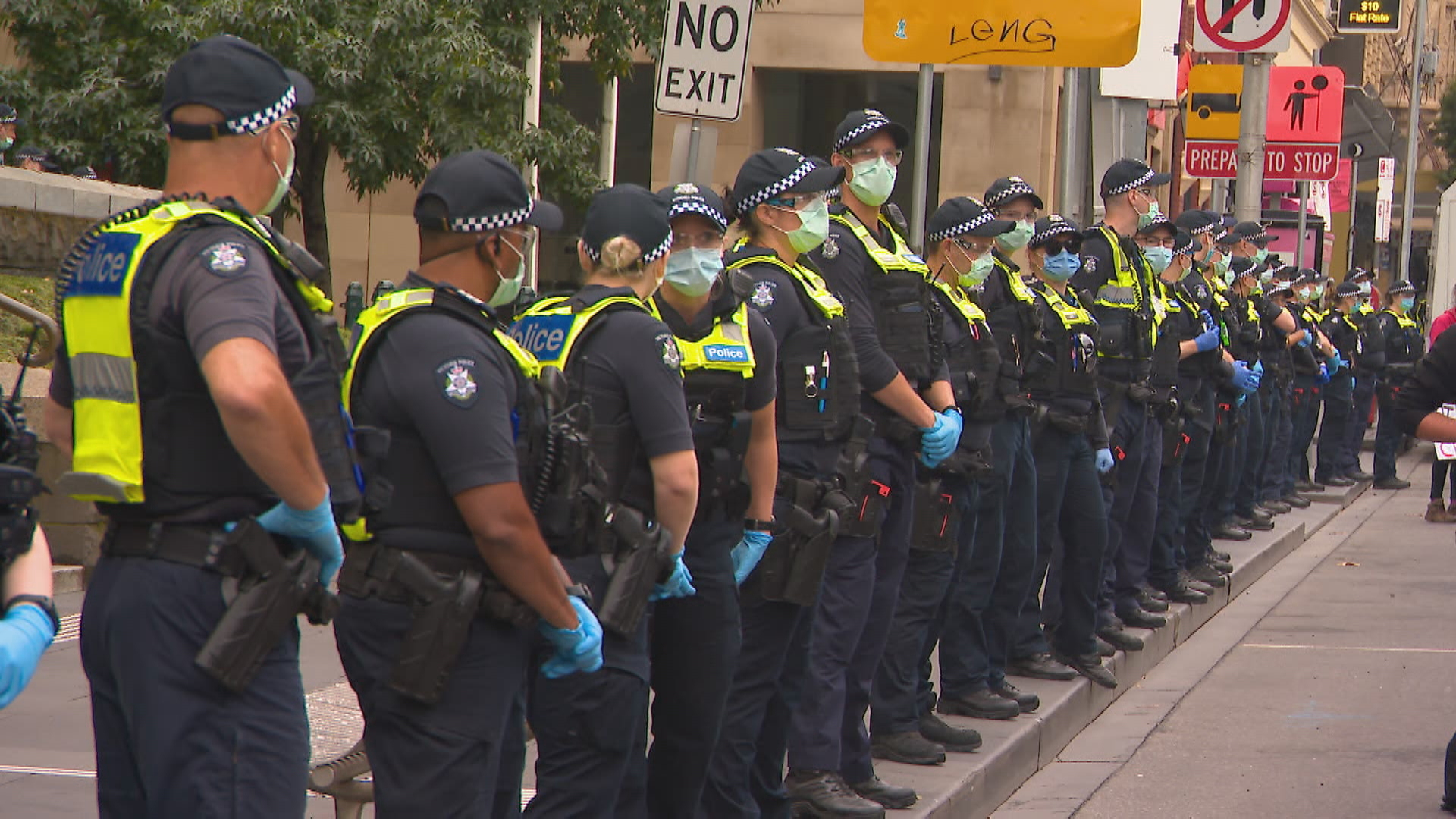 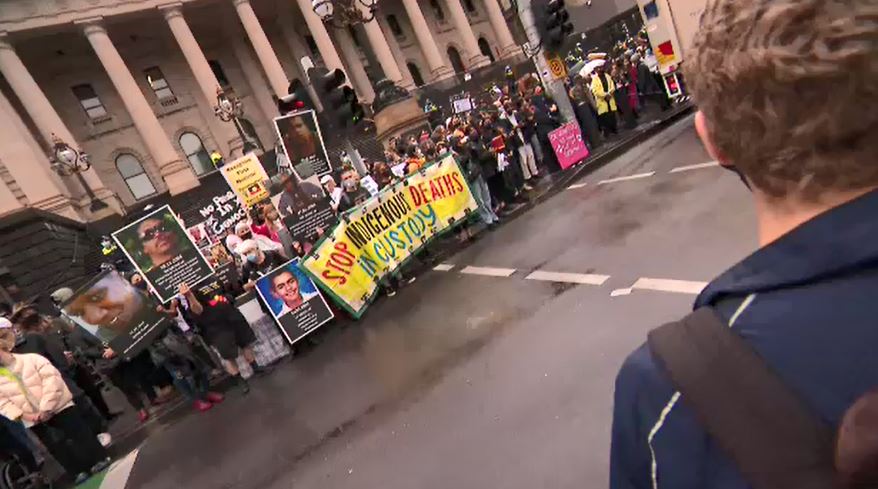 The Facebook event had more than 4000 people registered to attend but current public health orders ban outdoor gatherings of more than 100 unless formally registered and approved as a public event.

The march went for several hours with the group and its supporters ultimately calling for Australia Day to moved from its current date.

"January 26 is rooted in colonial violence and genocide, and not a day to celebrate," the oragnisers posted on Facebook.

READ:  Kristen Wiig Opens Up About The 'Most Difficult Time' In Her Life

Another took place in the afternoon, with The People's Australia Day Parade marching in support of Australia Day from Queen Victoria Gardens to Catani Gardens.

READ MORE: 'You have a national day that not everyone in the nation can celebrate' 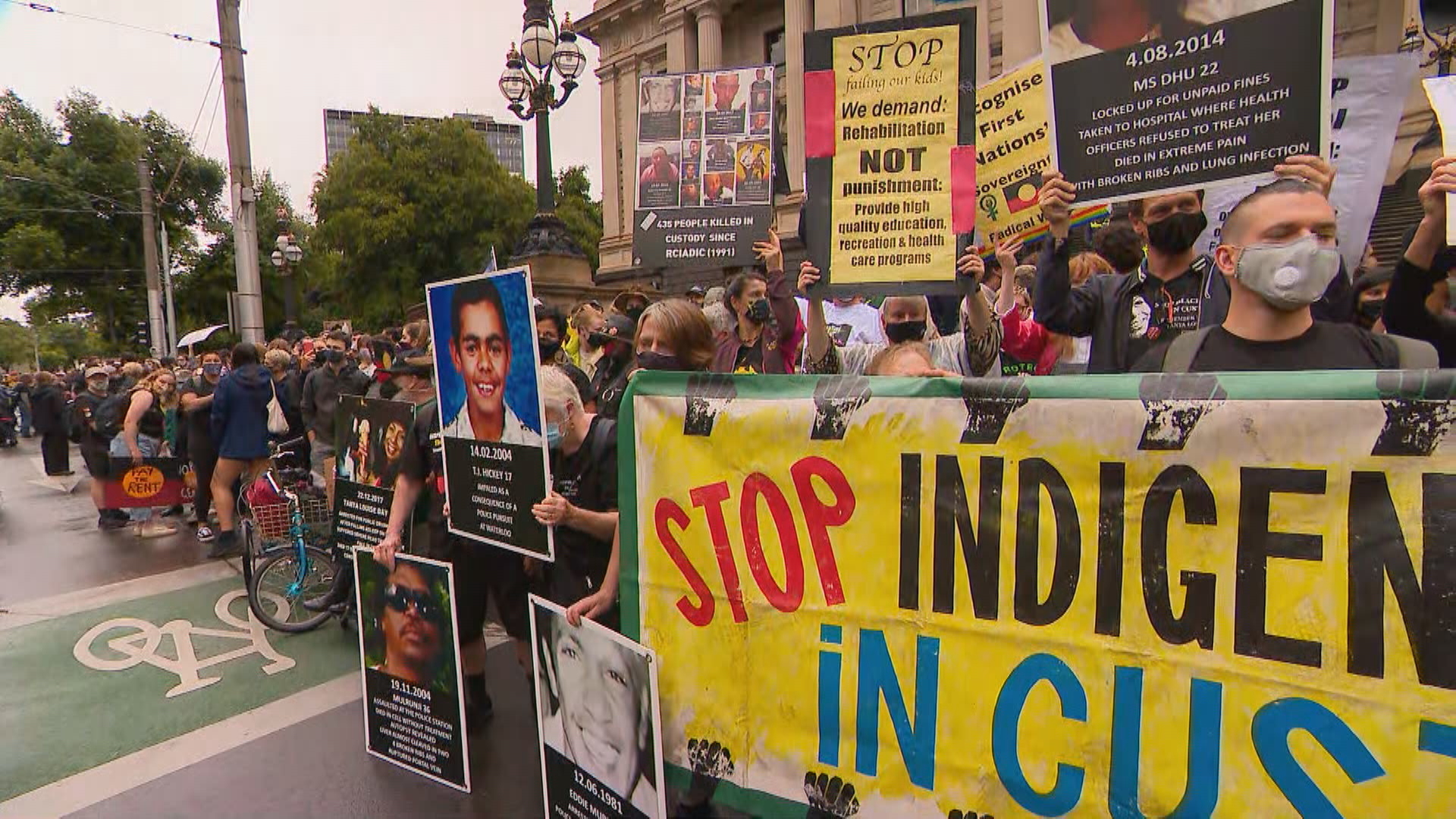 Police put crowds on notice today and a significant law enforcement presence was seen at both marches.

The event was backed by Melbourne City Council and saw crowds brave the early morning rain for the solemn event.

The official Australia Day parade through Melbourne was cancelled this year due to COVID-19.