A Melbourne man has found a razor blade hidden inside a box of soap in a disturbing discovery.

A Melbourne man has found a razor blade hidden inside a box of soap in a disturbing discovery.

Father Emmanuel told 9News he went to open the packet of soap, when he found a sharp knife wrapped in cardboard, wedged between the product.

The Pears soap was purchased in a three-pack from Woolworths in Officer about three weeks ago.

The man said he had used two of the soaps and was shocked to find the third had come with a dangerous extra.

"It's very sharp, it looks like a Stanley knife," he said.

"I could have cut my fingers." 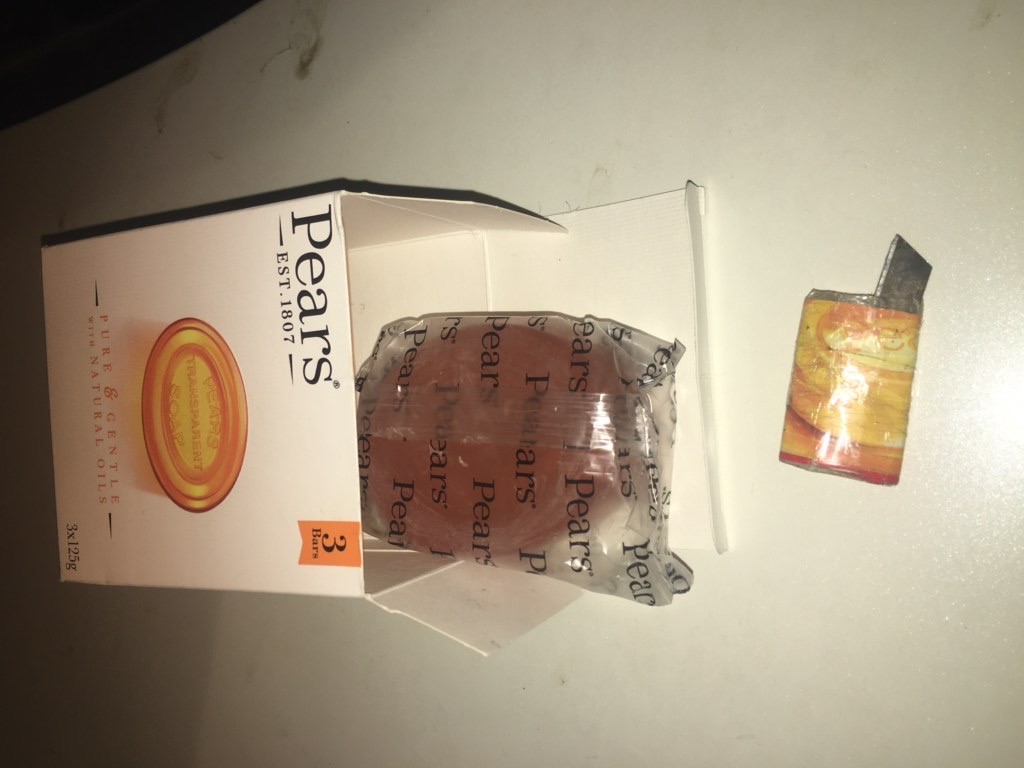 The father said it was lucky his young daughters had not opened the box of soap themselves.

"It's very dangerous because I left the box on the basin.

"Lucky it was me who put my hand in there and not my girls."

He contacted company Pental, which distributes the product in Australia, of the shocking find.

In an email, a Pental Customer Care spokeswoman said the company would investigate the incident.

"We are sorry to hear of your experience with Pears," she said.

"It is most unusual and not at all acceptable.

"We also need to get the sharp metal blade back to send to Unilever to investigate where that object came from."

The product was manufactured by Unilever International overseas.