The air quality in Melbourne is expected to improve later week this after it once again dropped to hazardous levels as smoke continues to blanket much of the state.

The air quality in Melbourne is expected to improve later in the week after it once again dropped to hazardous levels.

Smoke continues to blanket much of the state.

It comes as Victorian Premier Daniel Andrews announced a $2.55 million inquiry into the deadly bushfires. 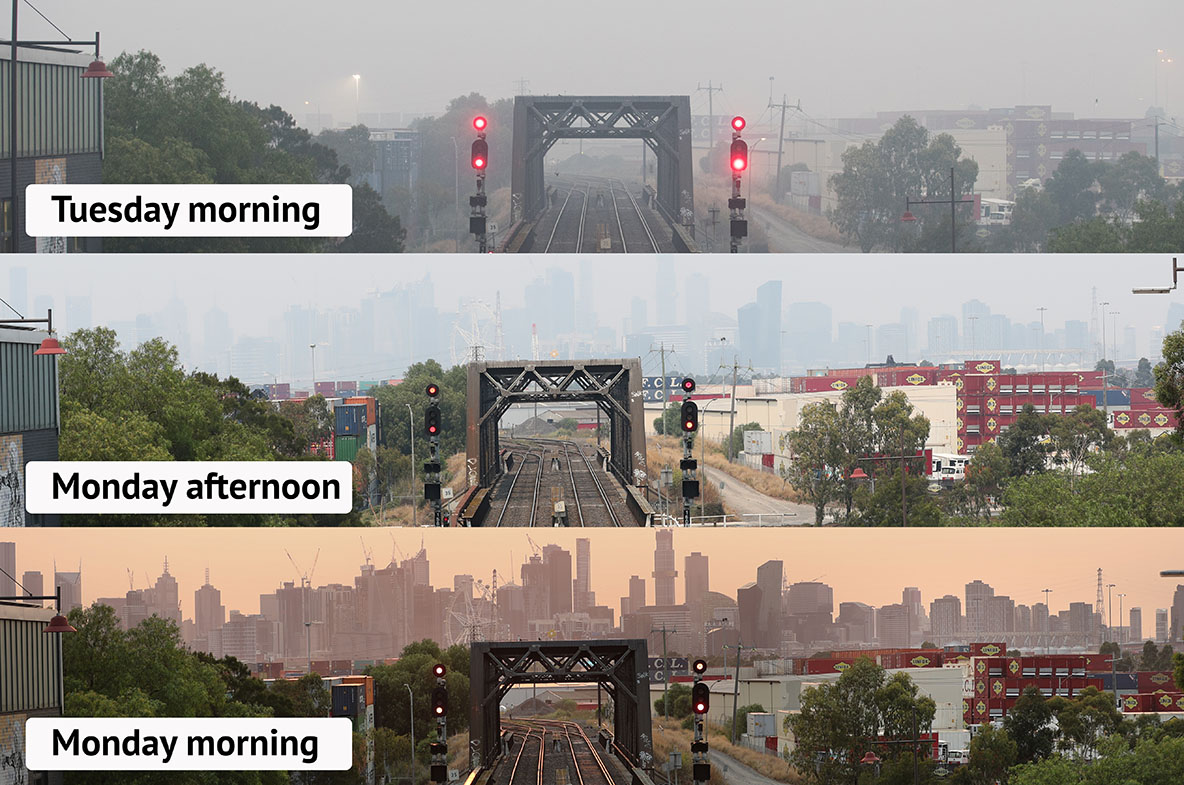 Mr Andrews said the response to this summer's fires had already been influenced by the royal commission into the fatal 2009 Black Saturday bushfires, however he has now appointed Inspectorate General of Emergency Management Tony Pearce to head-up a more thorough independent review. 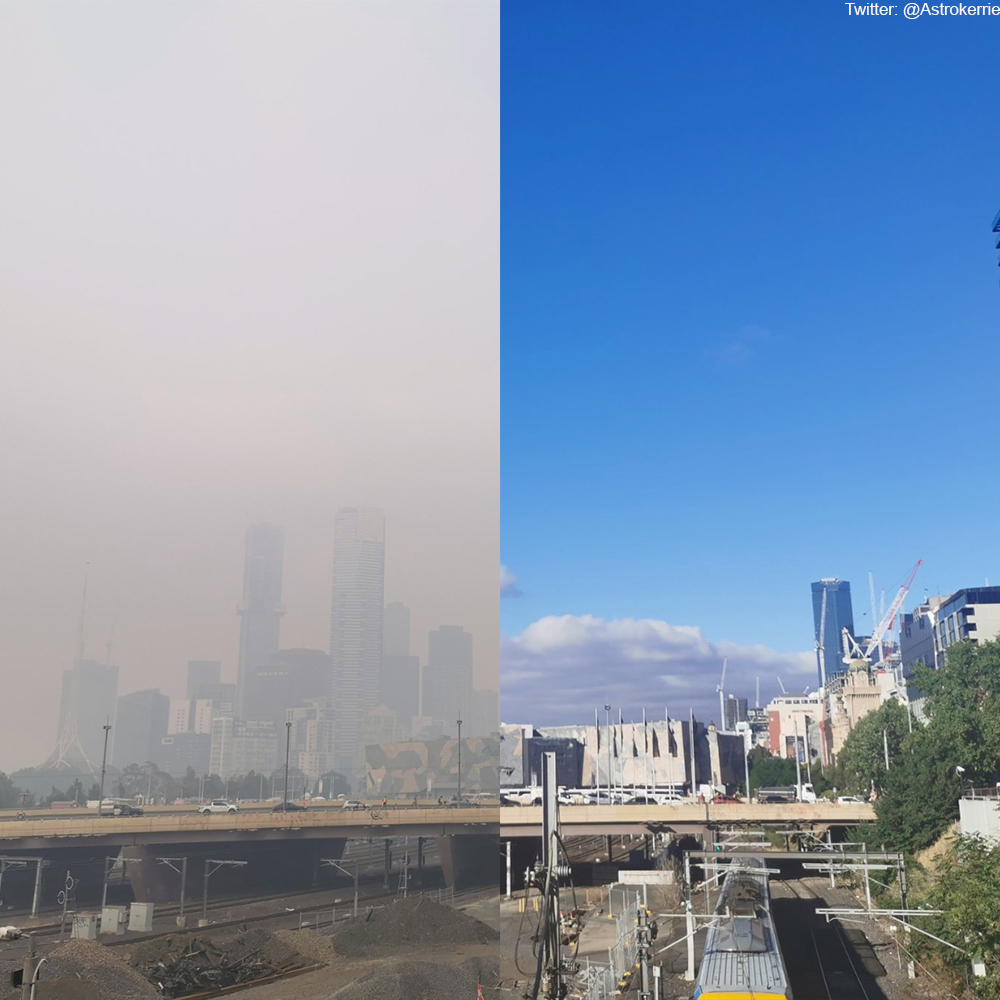 "This review will be particularly challenging…because this threat is far from over," the premier said.

"Perhaps this new normal is that we are going to see more of this ferocious fire activity going forward," Mr Andrews said.

The announcement comes as thick, hazardous smoke from the bushfires in NSW, and Victoria's northeast and East Gippsland spreads across much of the state.

The CBD recorded hazardous levels of fine particles in the air from 12am to 4am and has since been categorised as very poor by the Environmental Protection Authority.

Air quality forecasts for Geelong, Latrobe Valley, Melbourne, central region, all of Gippsland and the north central region are all listed as hazardous for today by the EPA. 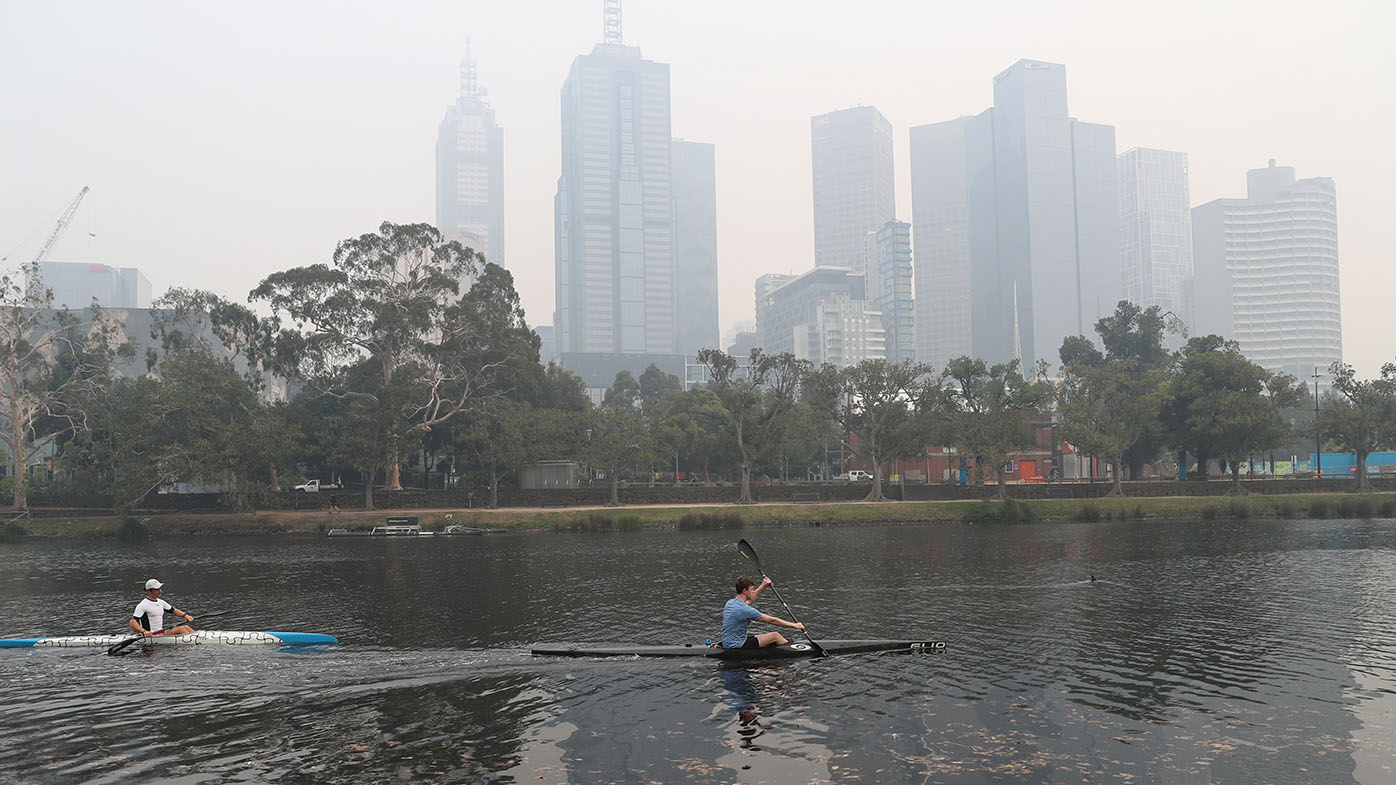 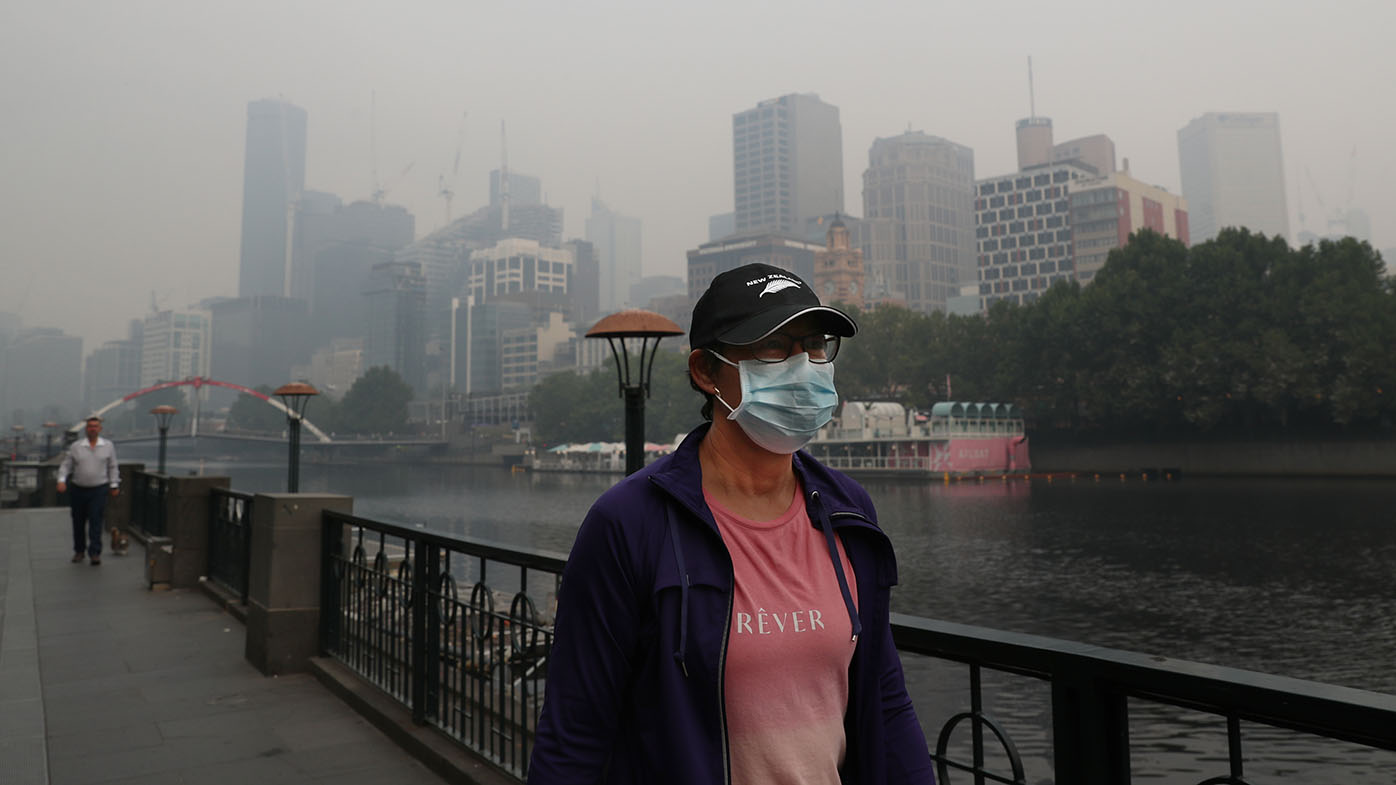 Since a significant drop in air quality began last week, Ambulance Victoria saw a significant increase in in asthma and air pollution-related callouts.

Since 10pm yesterday, the Metropolitan Fire Brigade have also been called out to almost 200 false alerts from fire alarms set off by the heavy smoke.

People living in smoke-affected areas are advised to limit their time outdoors and seek medical advice if they suffer from respiratory conditions. 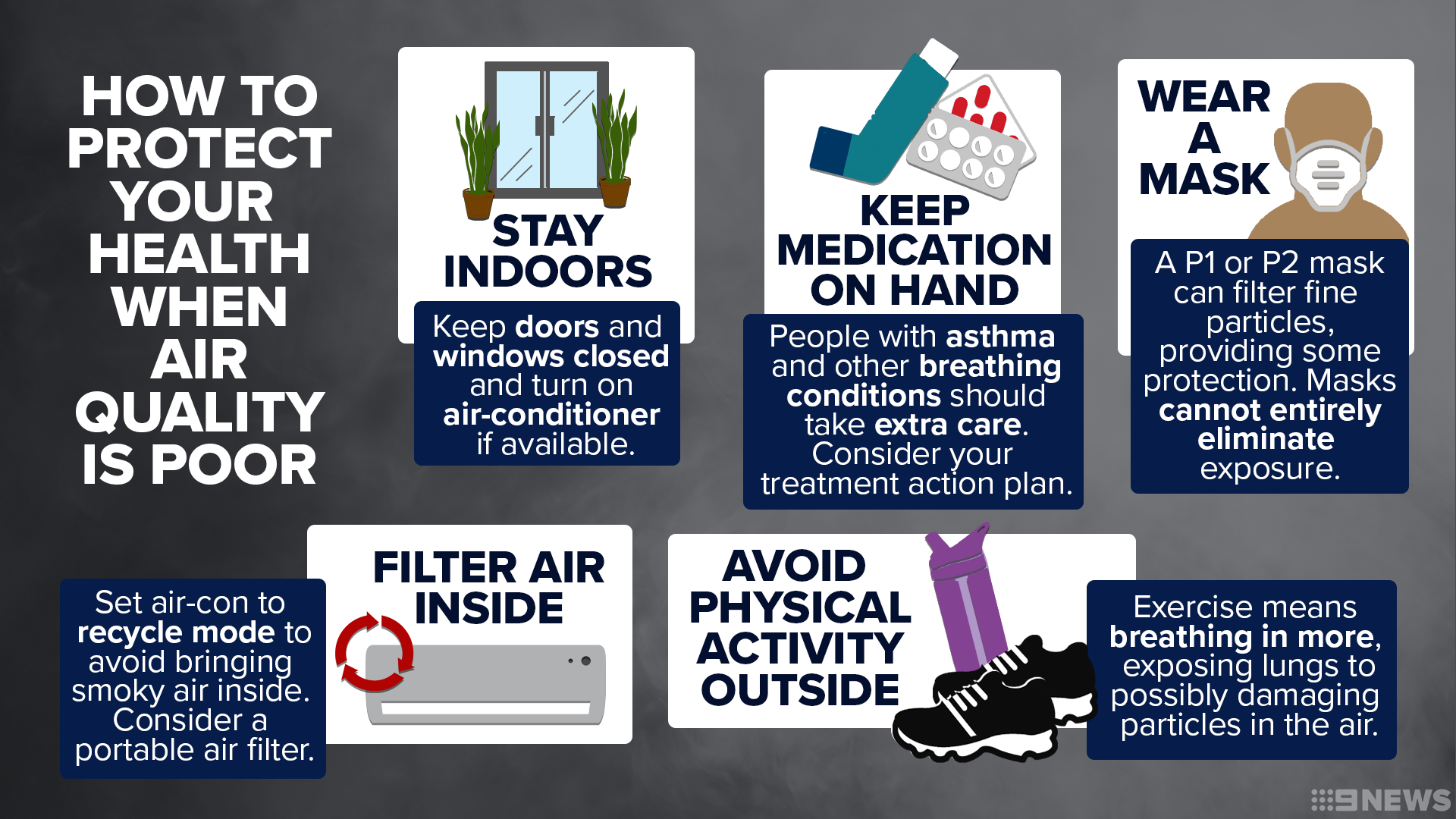 "We are most concerned about children 14 years and younger, people 65 years and over and those with pre-existing medical conditions," the state's Chief Health Officer Brett Sutton said.

"Those people need to make sure they have a plan in place to look after their health."

Mr Sutton said the conditions are expected to be very poor to hazardous over the next few days, but is hopeful it will improve by the end of the week.

Almost 1.4 million hectares have burnt state-wide and 1500 firefighters remain on the job with 16 fires, five at watch-and-act levels, still burning. 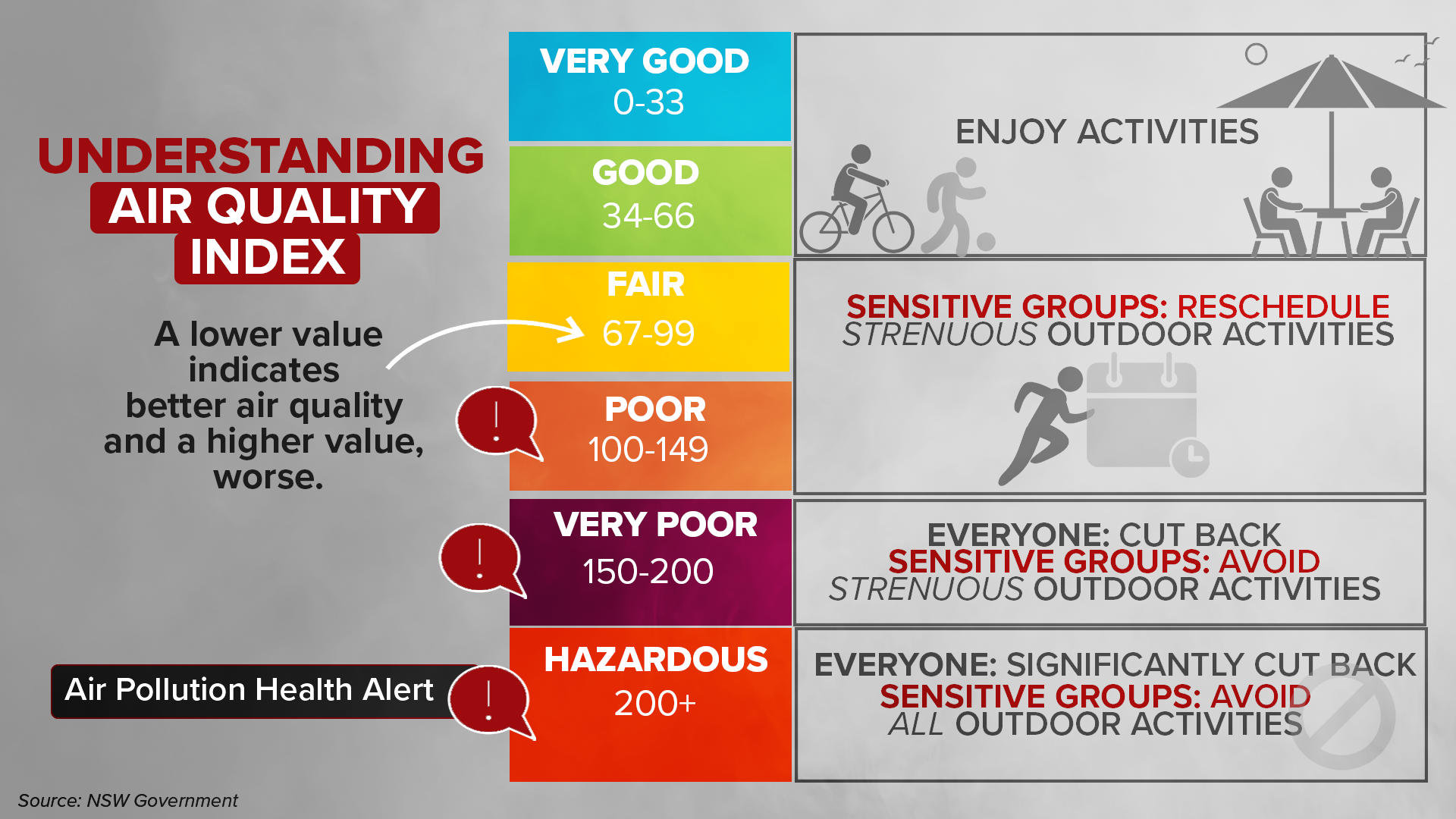 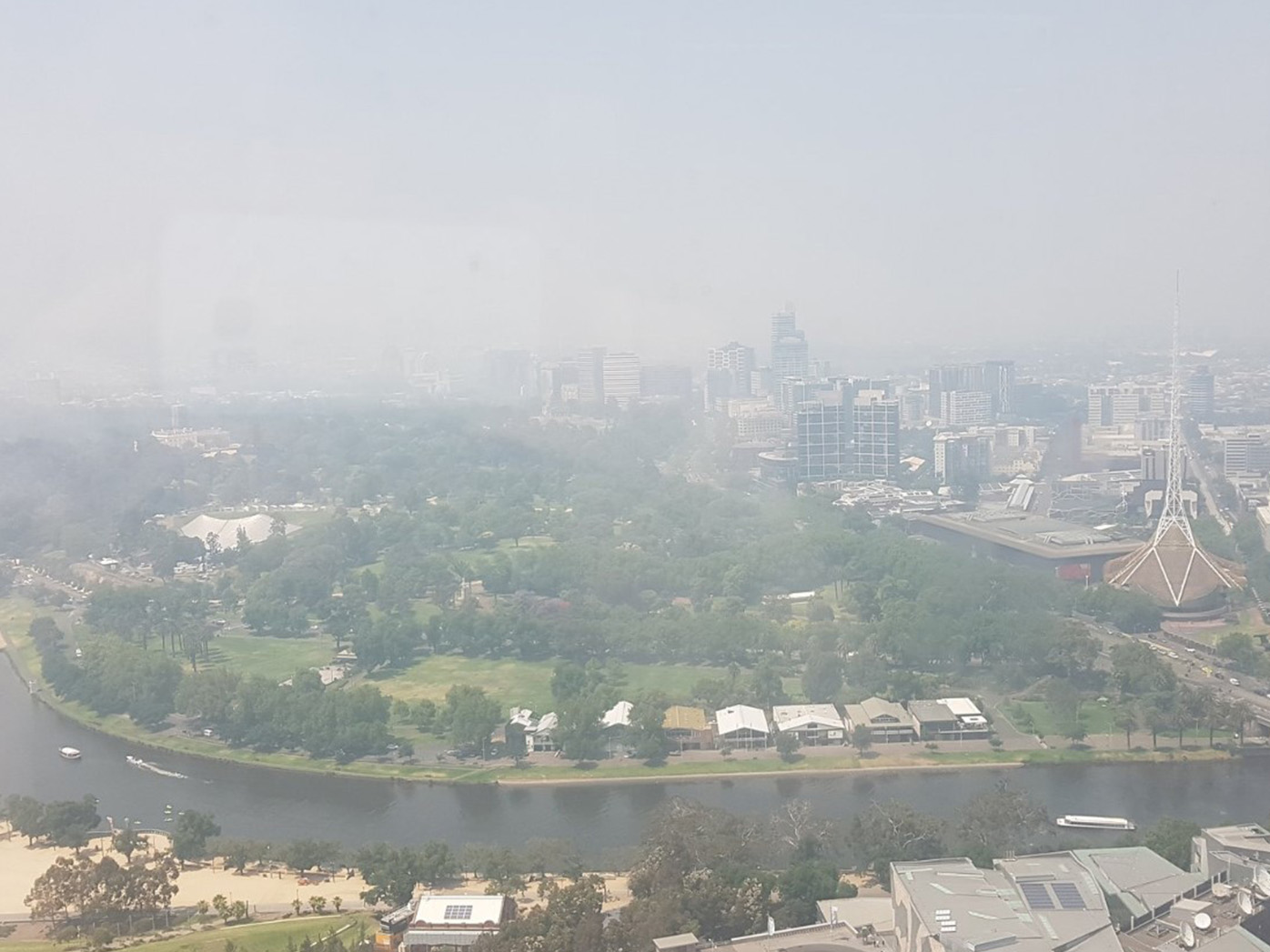 Four Victorians have died as a result of the fires, with 340 homes and 532 other structures destroyed or badly damaged.

"We are a long way from out of this, we've got a big clean-up, a big recovery task," Mr Andrews said.