A mega-pod of over 100 humpback whales surrounded a boat off the New South Wales South Coast to feed on a large bait ball.

The crew from Sapphire Coastal Adventures had a front-row seat to the ocean spectacle.

Simon Miller from Sapphire Coastal Adventures said "it was quite exciting". 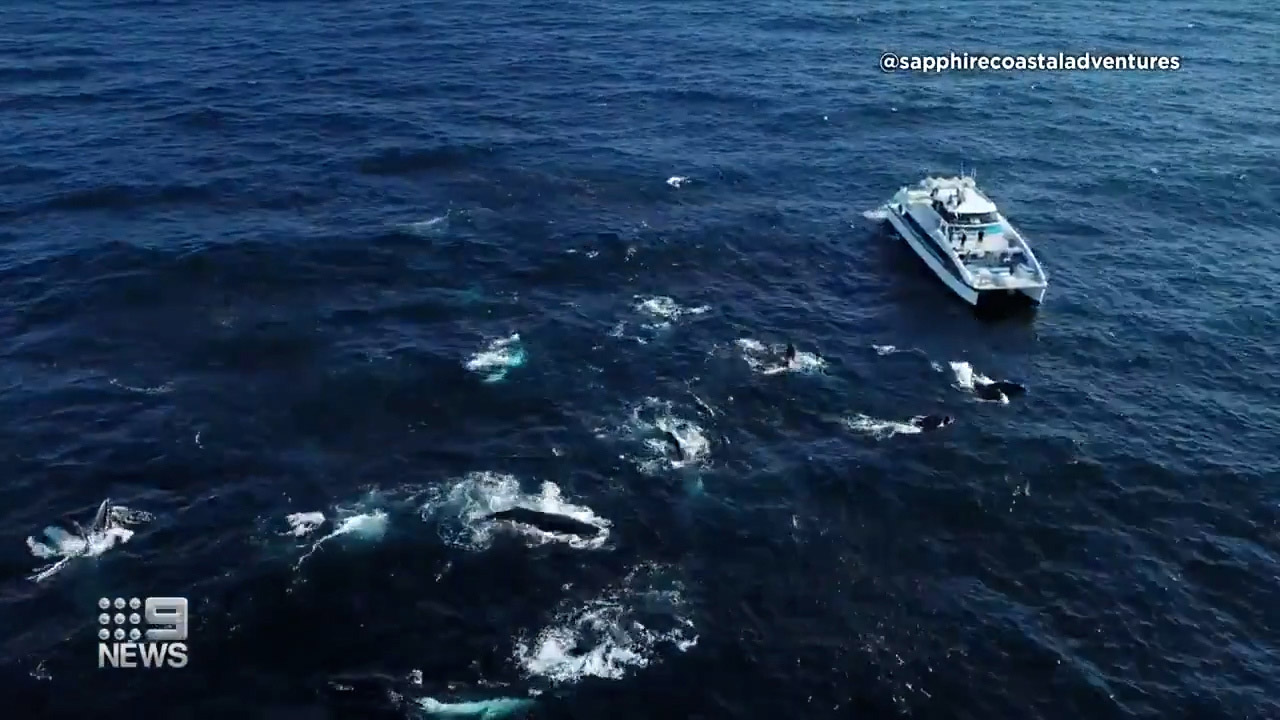 The whales moved together with the phenomenon called a mass aggregation or mega-pod.

It has been happening for roughly three days off Bermagui, about 37 kilometres from the New South Wales South Coast. 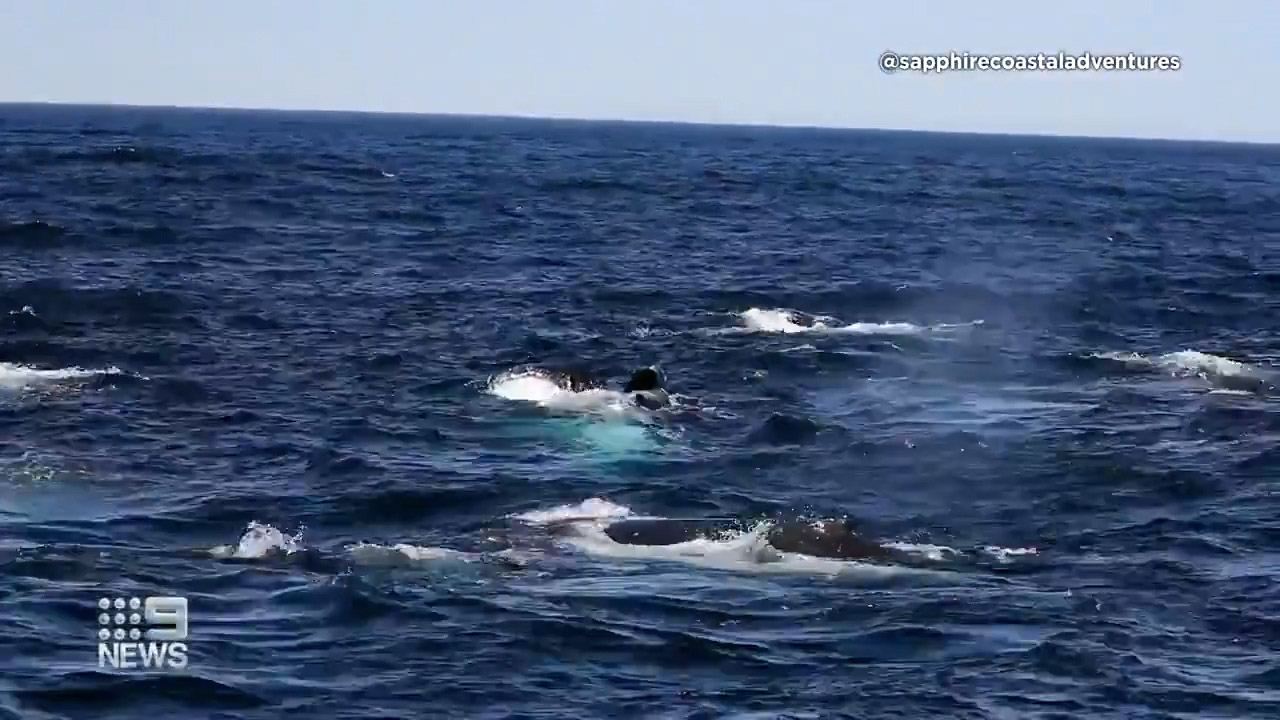 "The whales are working collaboratively to sort of heard the fish together and then some will go underneath, and some off to the sides, and they come back and they turn on their sides," Mr Miller said.

"They lunge forward opening their mouths, and they capture the fish, and then they use their tongue to push over to swallow."

Scientists believe that an increase in the humpback population and declining food sources in Antarctica is causing the once rare occurrence to become more frequent.